WWE Hall Of Famer "Mean" Gene Okerlund Passes Away At 76 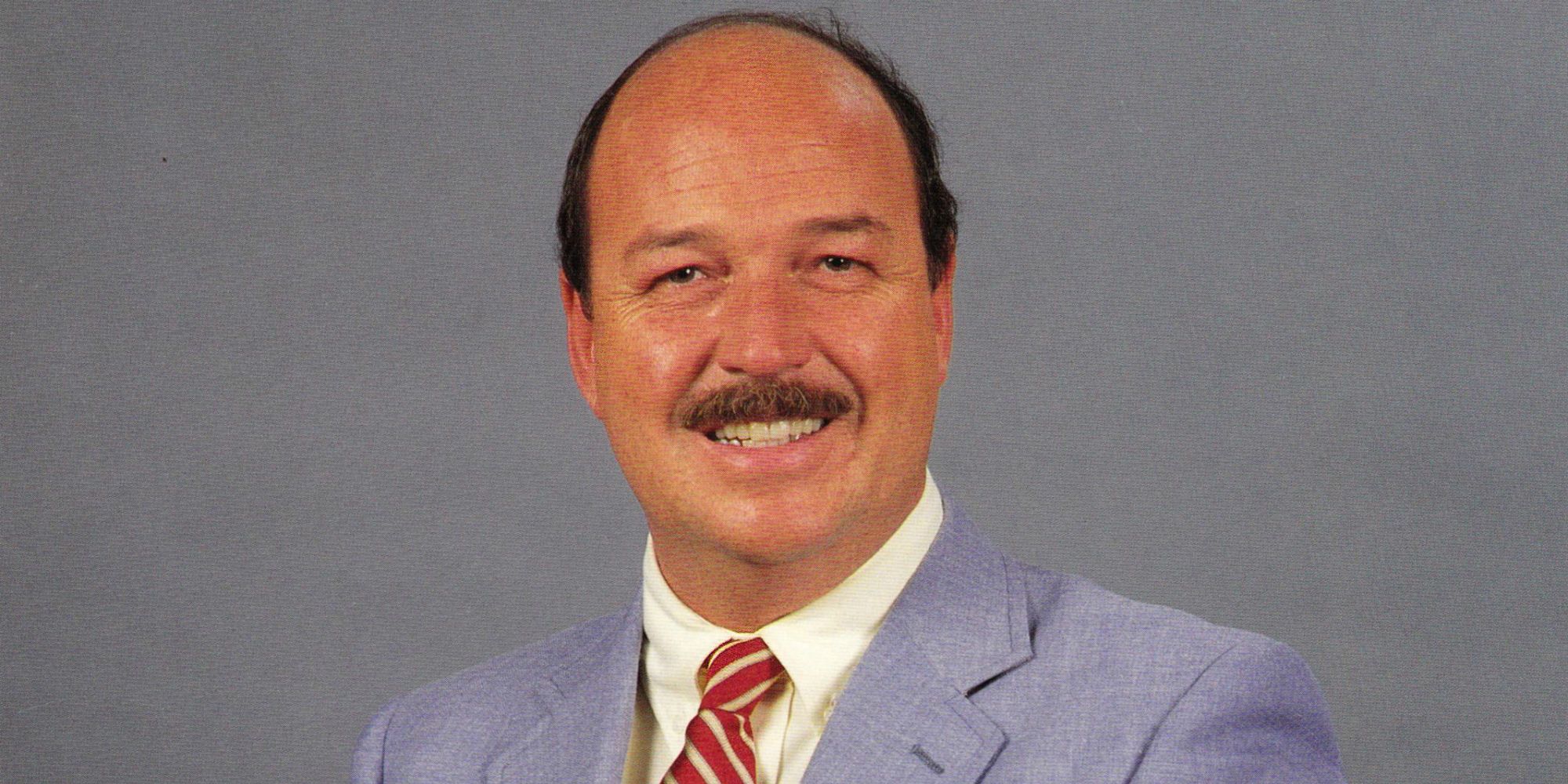 Iconic WWE interviewer and Hall of Famer "Mean" Gene Okerlund passes away at age 76, having firmly made his mark in pro wrestling's storied history. There are many wrestling fans who would argue that the industry has never been more entertaining than it was in the 1980s, when the "Hulkamania" era ran wild all over the (at that point) WWF. While in-ring performers like "Rowdy" Roddy Piper, "Macho Man" Randy Savage, and of course Hulk Hogan himself might come to mind first when thinking about that era, "Mean" Gene was just as much a regular fixture on WWF programming, conducting the interviews that helped advance so many major storylines.

Okerlund first gained fame in the now-defunct AWA (American Wrestling Association), before becoming one of many AWA employees to jump ship to Vince McMahon's nationally-expanding WWF in 1984. Hogan was among that group of AWA transplants, and was almost immediately pushed to the top of the card, defeating The Iron Sheik for the WWF Championship on January 23, 1984. From that point on, Hogan and Okerlund's careers would mostly intertwine, with most considering "The Hulkster" Okerlund's best interviewee. Hogan's opening line of "Let me tell you something "Mean" Gene" remains famous to this day, and has been paid homage to many times.

Sadly, Okerlund has passed away, at the age of 76. The news was confirmed today by WWE directly, and one can bet the company is planning to pay tribute to Okerlund's many contributions on next week's Raw and SmackDown telecasts. No specific cause of death has been released. Okerlund is survived by his wife of 55 years Jeanne, and two children. Notably, Gene's son Todd represented the U.S. at the 1988 Winter Olympics, in ice hockey.

In addition to interviewing, Okerlund also occasionally did other things for WWE, including color commentary, ring announcing, and hosting some of its additional programming. Okerlund is truly a indelible part of WWE's legacy, and has continued to make appearances for the company long after his time as a TV regular ended. Okerlund's most recent onscreen return to WWE took place on January 22, 2018, interviewing WWE Champion AJ Styles during Raw's 25th anniversary celebration.

Similar to his jump from the AWA to the WWF, Okerlund was also one of many WWF employees to jump to WCW in 1994, as the Ted Turner-owned company opened its checkbook to sign away big names from the competition. People like Hulk Hogan, Randy Savage, and Bobby "The Brain" Heenan, also made the jump. While in WCW, Okerlund had many memorable interactions with "Nature Boy" Ric Flair, and was also part of the legendary moment when Hulk Hogan turned heel and formed the nWo in 1996. Following WCW's demise in 2001, Okerlund was welcomed back to WWE, and ultimately inducted into the WWE Hall of Fame in 2006. Appropriately, he was inducted by Hogan.

A Year of Free Comics: Who is pulling the strings in STRAY SOULS?

There are strings that bind your soul. This energy dates back to when the world was first created and the gods behind...
Read More

We may not have a release date, but we can still get hyped with a new trailer!
Read More

Olive Brinker is a cartoonist with the wind in her sails. Her long-running webcomics Rae the Doe has proven so popula...
Read More
Back to News