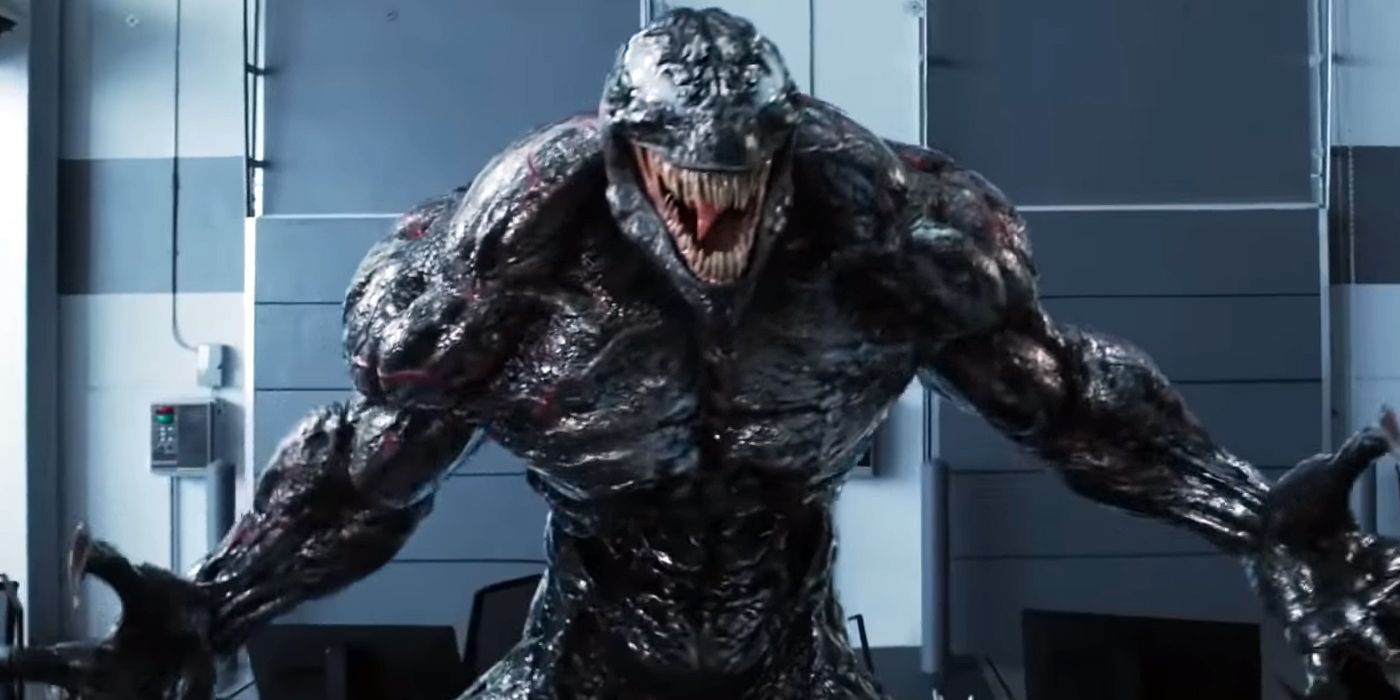 Venom director Ruben Fleischer admits that one of the movie's biggest plots holes is just that - a plot hole, one that's not necessarily explainable. It's no secret that comic book movies tend to have their fair share of plot holes and generally unanswered questions. Sometimes those issues tend to arise because the vast majority of these blockbuster films have to adhere to continuities established by past films, even ones that exist in corners of shared universes. But then there are times when a plot hole is just an old fashioned mistake.

In Venom, one of those mistakes happens very early on in the movie. When the symbiotes arrive on Earth and one of them, Riot, gets loose, it binds with one of the first responders, who later transfers the symbiote to an elderly lady. Since the symbiote has to continually transfer from one host to another to survive, it doesn't make sense that Riot apparently stays bound to the elderly lady for six months. Sure, it could be explained away with some illogical comic book reason, but as it turns out, the director agrees: it's simply a plot hole.

In an interview with Gamespot, Fleischer was asked why it seemed like no time had passed for Riot and why he was still bonded with the same host for six months. Instead of trying to come up with some sort of reason, Fleischer instead justifies it by saying it was necessary to show that six-month time jump for Tom Hardy's Eddie Brock and, unfortunately, the plot hole was a by-product.

"Our idea was that Riot was using up the life force of whoever he took, and then he jumped ship when he'd consumed them and then find a new host to carry him further on his journey. ...Yeah, that's a good question. That's one of our few - hopefully - few logic bumps. But we had to have a passage of time in order to show Eddie's downfall, and that was the one thing that doesn't entirely track."

Fleischer understands that it's a plot hole, but he added to his response, joking that he likes to think the elderly lady simply went around Malaysia for six months murdering people with the spikes in her back until she was ready to head to San Francisco and confront Venom.

"But I like to think that old lady was going around murdering all throughout Malaysia, and she was just having a good old time just shooting shards through different people in Malaysia."

Of course, this isn't the only plot hole or unanswered question in the movie, and perhaps more will come to light as the movie continues to run in theaters. For now, comic book fans and general moviegoers can get their first taste of Sony's new Spider-Villain universe they're building - which continues with Jared Leto's Morbius - by checking out Venom in theaters. After all, if the movie proceeds to make substantial money at the box office, it's entirely possible that the studio would move forward with Venom 2. If they do, then, hopefully, these jumps in logic aren't as prevalent.