The Next Captain America's Powers Can Come From Wakanda 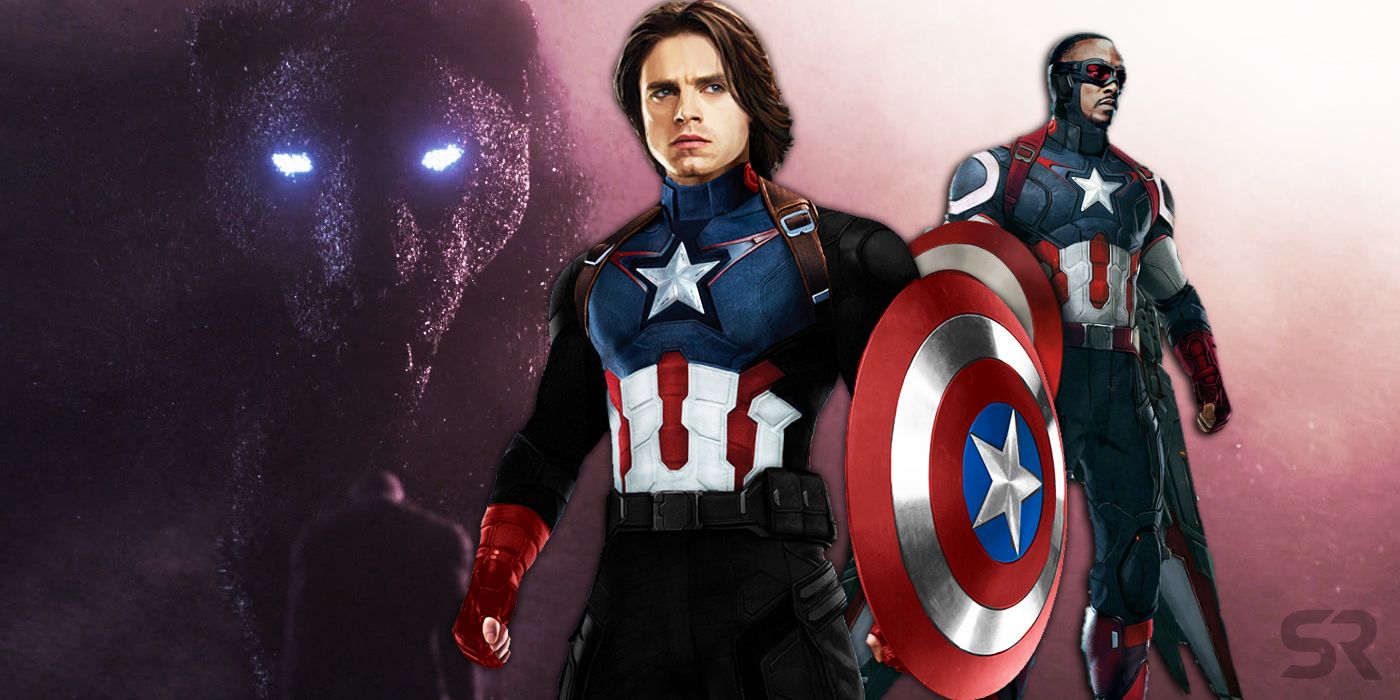 Avengers 4 is expected to be the end of Captain America's story in the MCU, but could Steve Rogers's successor gain his powers from Black Panther's Wakanda? Chris Evans' time as Steve Rogers looks to be over with the completion of Avengers 4 reshoots, and while most eyes are on next year's MCU culmination, the Captain America mantle could live on.

While it wasn't exactly a surprise to anyone, Evans' statement that he's finished in the role has still left Marvel fans reeling; it now seems certain that Avengers 4 will be the final chapter in Steve Rogers's story in the MCU. This has long been suspected due to actor contracts, but signs suggest that it will be a key part of Avengers 4's marketing. Mark Ruffalo's title reveals fake-out stated Avengers 4 had the title "The Last Avenger"; even if Ruffalo was trolling, that's a clear callback to Captain America: The First Avenger.

Is this the end of the Captain America franchise in the MCU? Or will one of Steve's friends choose to pick up the shield and battle in his honor? If they do, there's one major problem - the super-soldier serum - and only very exciting solution: Wakanda.

Could Captain America Be A Legacy Hero? 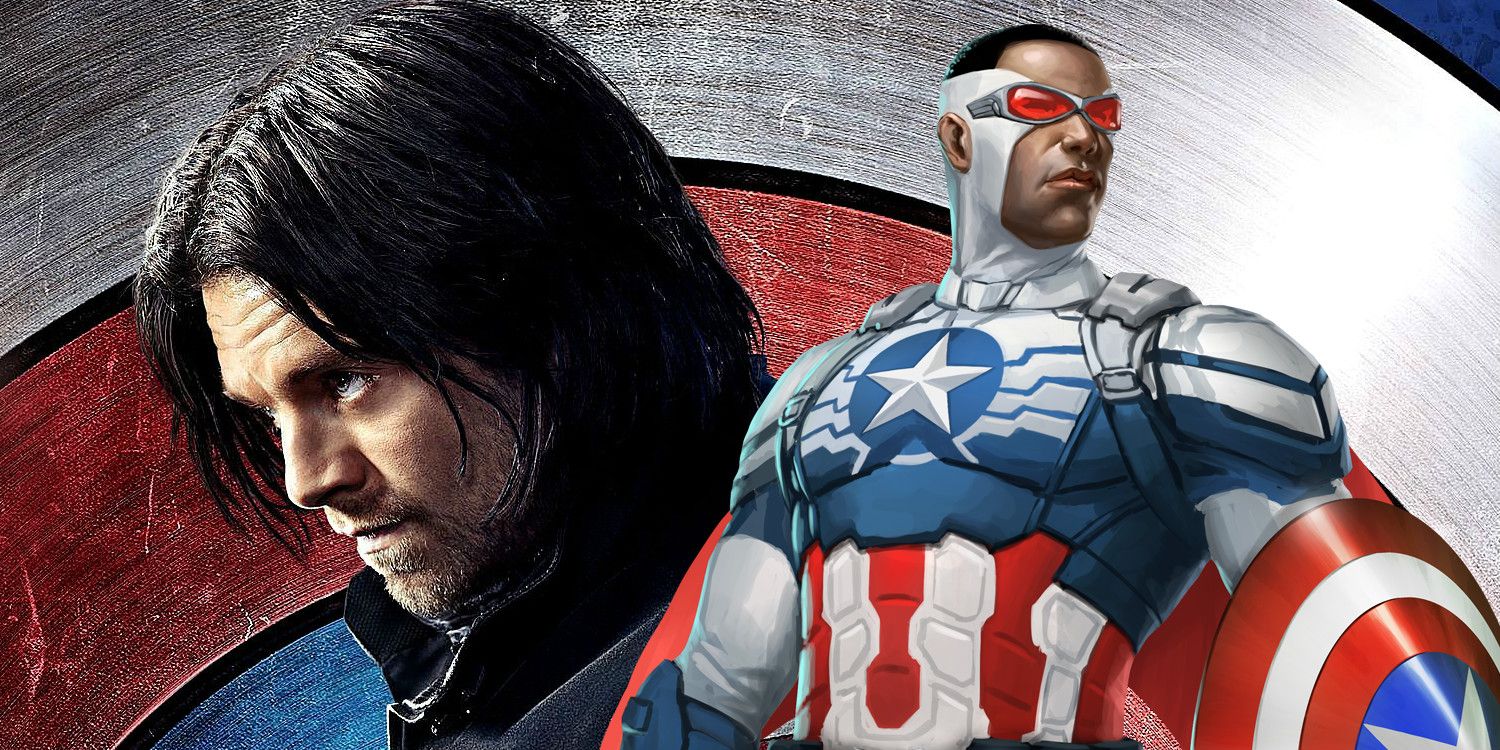 In the comics, "Captain America" is a legacy title. After Steve Rogers was frozen in the ice, the U.S. Government had a number of other heroes take up the identity, including William Nasland, Jeffrey Mace, and William Burnside. Not all of these Captains really lived up to the title, and one major reason was that the U.S. Government had failed to get the Super Soldier Serum right. Burnside, for example, became increasingly paranoid and dangerously violent, and was ultimately placed in cryogenic suspension.

Although Steve Rogers would eventually return, that didn't stop the Government continuing to see this as a legacy. On one occasion, Rogers was stripped of the role (becoming Nomad as in Avengers: Infinity War) and it was handed to John Walker; Walker only had a brief stint as Cap before handing the shield back, and nowadays he's best known as the U.S. Agent. More recently, Bucky and Falcon have adopted the Captain America identity on occasion, either because Steve was believed dead and they wanted to honor him, or because Rogers requested them to do so.

There's clear comic-book precedent, then, for Marvel Studios to have another character suit up as Captain America when Chris Evans departs the MCU. Currently, there's heated debate on fan communities as to whether Bucky or Falcon would be the more appropriate successor (there's a lot of clues pointing towards the former taking up the shield), but it could be a brand new character; recent rumors that Marvel Studios is working on a Dark Avengers script even suggests the next Captain America could be someone audiences view as unworthy of the mantle.

Related: Avengers 4 Theory: Captain America Will Get A Happy Ending In The Past

Whoever it may be, a new Captain America feels likely. After all, it's a strong brand for Marvel and a lucrative series of movies if nothing else. However, Steve Rogers' replacement will face a problem similar to the comic replacements; they'll lack the Super Soldier Serum.

There Have Been Many Failed Super Soldiers 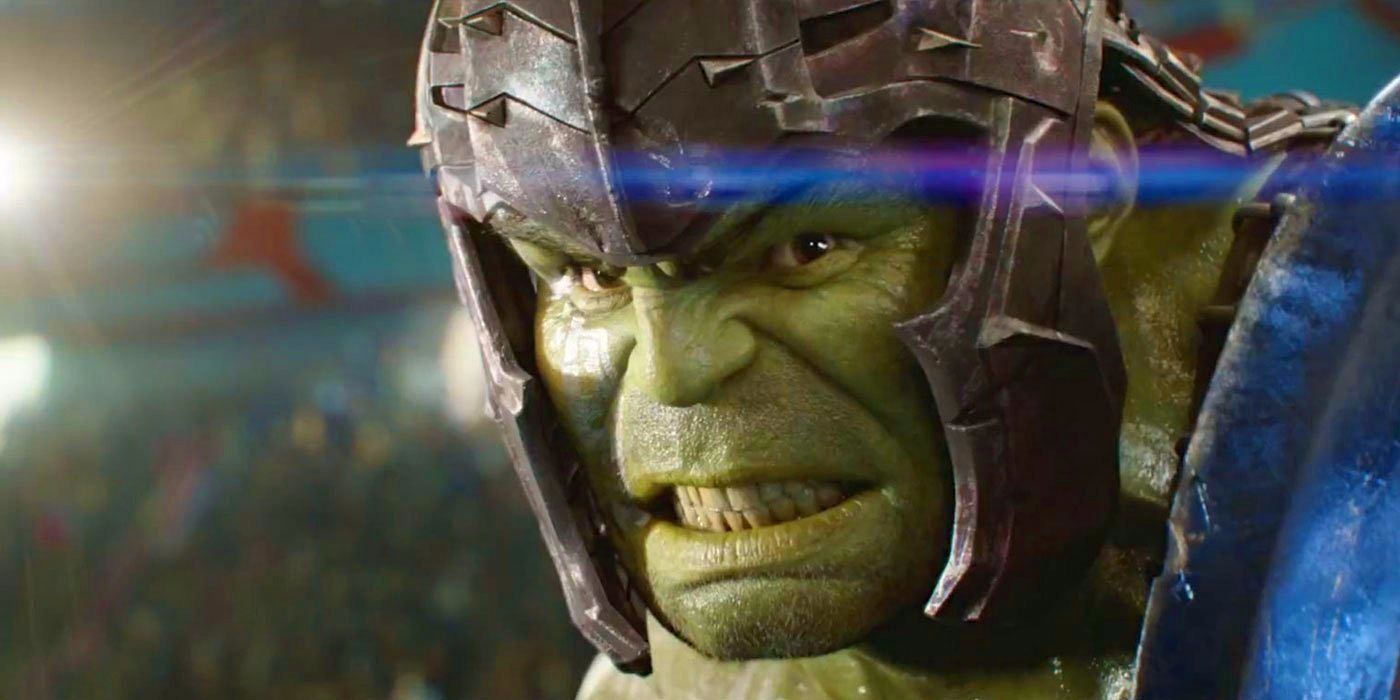 The success of Captain America inspired the world's governments and most powerful companies to pursue their own Super Soldier programs, the results of which we've in both the movies and the TV shows. Agents of S.H.I.E.L.D. had both Calvin Zabo in season 2 and Jeffrey Mace in season 4 attempt to distill their own super serum from elaborate means, only to suffer fatal side-effects. Jessica Jones introduced IGH, a still-mysterious company who ran their own Super Soldier programs, and they went little better.

Of course, the most famous attempt to recreate the Super Soldier program was conducted by General Thaddeus Ross. He recruited Bruce Banner to create his own version of the serum, who hit upon the idea of using Gamma radiation. That directly led to the creation of the Hulk. When Ross reactivated the program several years later, it created the Abomination. Pre-Rogers, there's also the Red Skull, who was created by an imperfect early version of the serum.

All these attempts to duplicate the Super Soldier serum have one thing in common; they always had unexpected side-effects. What was so unique about Erskine's Super Soldier serum? And why is Steve Rogers the only subject to successfully undergo one of these experiments? One surprising possibility is that there could be a connection to Wakanda.

Page 2 of 2: Wakanda Could Be The Solution To The Super Soldier Problem 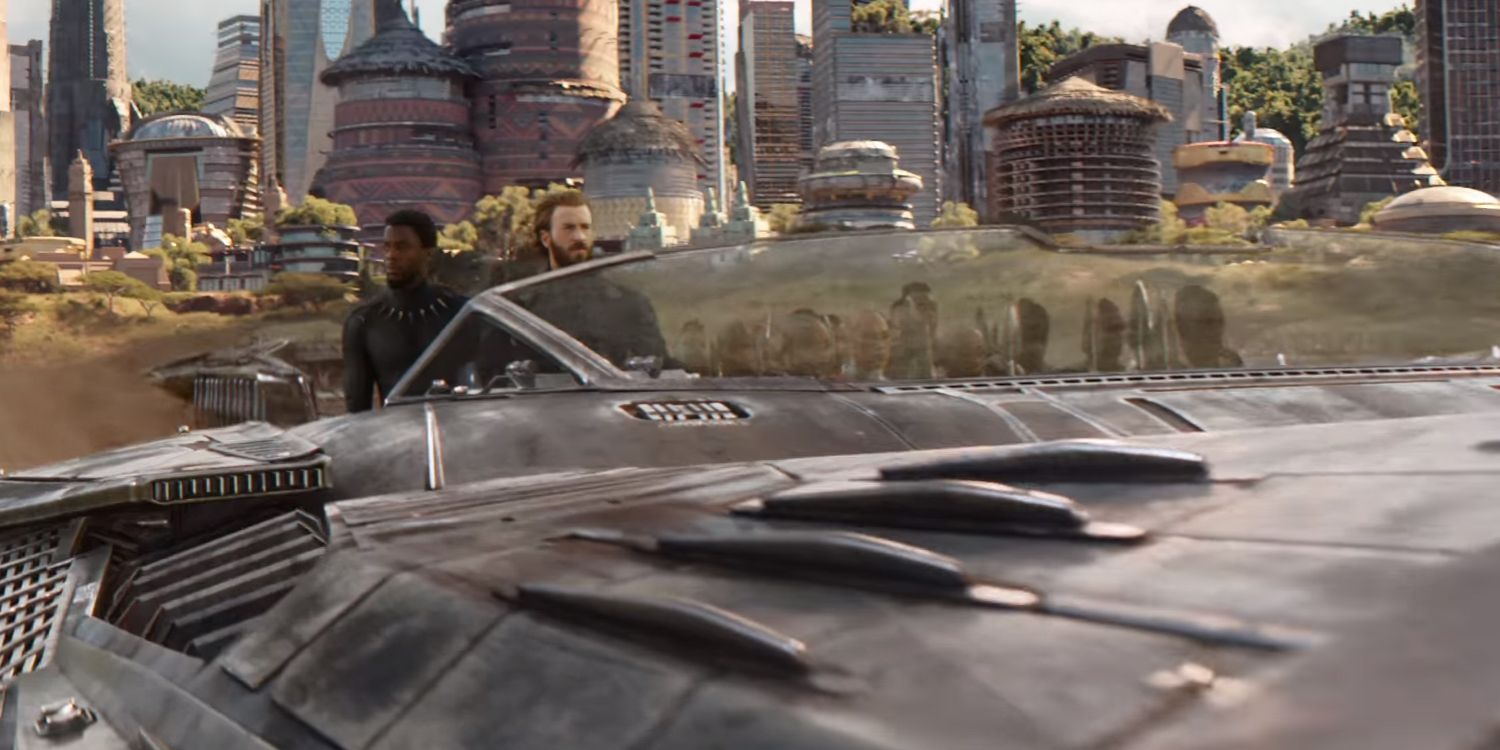 Wakanda Could Be The Key To The Super Soldier Serum

There is one substance in the MCU that has turned men into something approaching Super Soldiers in recent years without any side-effects: the Heart-Shaped Herb, the source of Black Panther's powers. Ingesting the herb causes a man or woman to become a superhuman with all the strength, speed, agility, and durability of Captain America, along with additional powers including incredibly heightened senses. Is it possible there's a connection between Wakanda and the Super Soldier serum?

Doctor Erskine's first attempt to create a Super Soldier was conducted in Nazi Germany, and it's significant that - in chronological terms - it was done shortly after the North African Campaign kicked off. In Marvel comics, the North African Campaign involved a Nazi attempt to take over Wakanda. If something similar happened in the MCU, it's not inconceivable that Hydra scientists could have been on hand and easily taken samples of the local vegetation. Remember, the Heart-Shaped Herb isn't the only thing in Wakanda that's been mutated by Vibranium; all the flora and fauna has been affected by it too. That's why there are even traces of Vibranium in any Wakandan's bloodstream.

Related: A Complete History Of The Marvel Cinematic Universe

This may explain why Erskine was only able to duplicate the serum in America when he partnered with Howard Stark. We already know some of Stark's researchers traveled to Africa, where they acquired a small sample of Vibranium; could they also have taken samples, which Erskine used as part of his serum?

The final clue is offered in Captain America: Civil War, where we learned that the only person who managed to duplicate the Super Soldier serum was Howard Stark in 1991. He's the only one who could have known the Wakandan connection, but it could have easily taken him decades to get his hands on another sample of Wakandan flora. Now, at first glance, Stark's serum seemed to be another failure - it drove the Hydra agents into violent rages - but we have to remember that Erskine said that his serum revealed exactly what was in a person's heart. That's why Erskine chose Steve Rogers so carefully; because he had nothing but purity and goodness within him. Stark's serum did the same thing for the Hydra agents, but that simply meant it made them into monsters.

This is only a theory, of course, but it offers a possible explanation of why no other attempt to create a Super Soldier has worked out. It also means that Wakanda could be the key to creating another Super Soldier in the MCU...

Will This Be How The Next Captain America Gets His Powers? 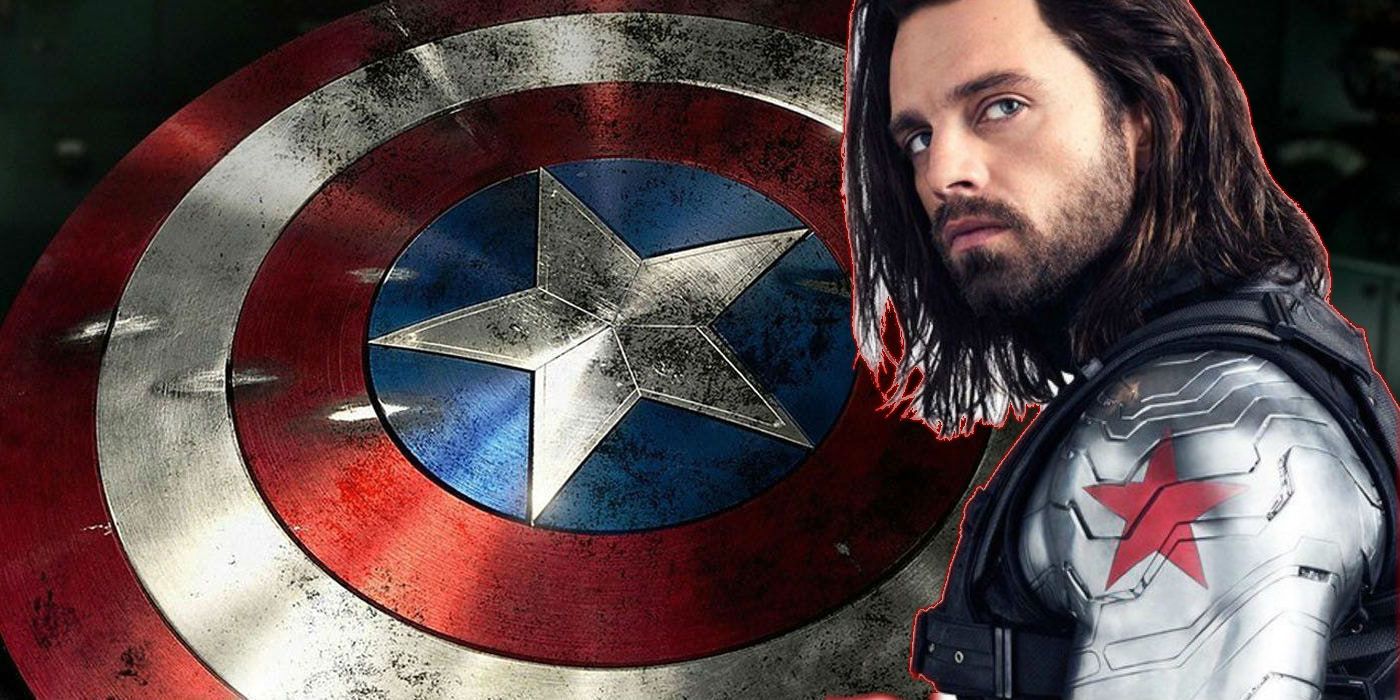 At the end of Black Panther, T'Challa made a momentous decision; he brought an end to Wakanda's 10,000-year-old history of isolationism. So far, there's not been much evidence of that - he provided host to the Avengers in Infinity War, but that was also a universe-threatening event - but viewers have speculated heavily just how Wakandan technology could transform the MCU. In truth, though, access to Wakandan flora and fauna could be just as revolutionary. All the plant and animal life in Wakanda is unique, having evolved in the presence of a coating of Vibranium dust and in Vibranium-rich soils. No doubt scientists will flock to Wakanda to study all these new species; in the real world, many of the best medicines come from plantlife, fungi, and bacteria. It also seems safe to assume that the Wakandan Research Group headed up by Shuri will liaise with all these scientific expeditions.

More: Which Characters Will Be Killed Off Permanently in Avengers 4?

If Wakandan bio-samples do indeed hold the secret to a successful Super Soldier program, then it's surely only a matter of time before someone begins to research the idea (not least because it's unclear whether or not any stocks of their precious Heart-Shaped Herb survived Killmonger's brief reign). This research could potentially help them to find a way to create the next Black Panther, securing their civilization's future, but it would also unlock the possibility of another Captain America.

In narrative terms, this would neatly explain why the MCU could gain a new Super Soldier at so convenient a time when all previous attempts to copy Captain America had failed. Even more conveniently, one of the prime "candidates" to be Steve Rogers's successor already has ties to Wakanda; Bucky has spent quite some time there, even adopting the "White Wolf" moniker. Meanwhile, in thematic terms, this would bind the Black Panther and Captain America franchises together in an unprecedented way, a smart move given the tremendous box office success of Black Panther. Kevin Feige has promised that the future of the MCU embraces diversity, and the idea of Wakandan biotech being responsible for creating the next Captain America would be a powerful symbol.

The MCU is coming to an unprecedented place, where the franchise will lose (at least) one of its core characters. At the same time, the emerging Black Panther franchise has Wakanda currently in a place of crisis without the Heart-Shaped Herb. The advantage of this theory is that it would allow Marvel to address both issues at once while simultaneously reinforcing the theme of diversity, ensuring Captain America remains long after Steve Rogers

More: Avengers 4: Every Update You Need To Know