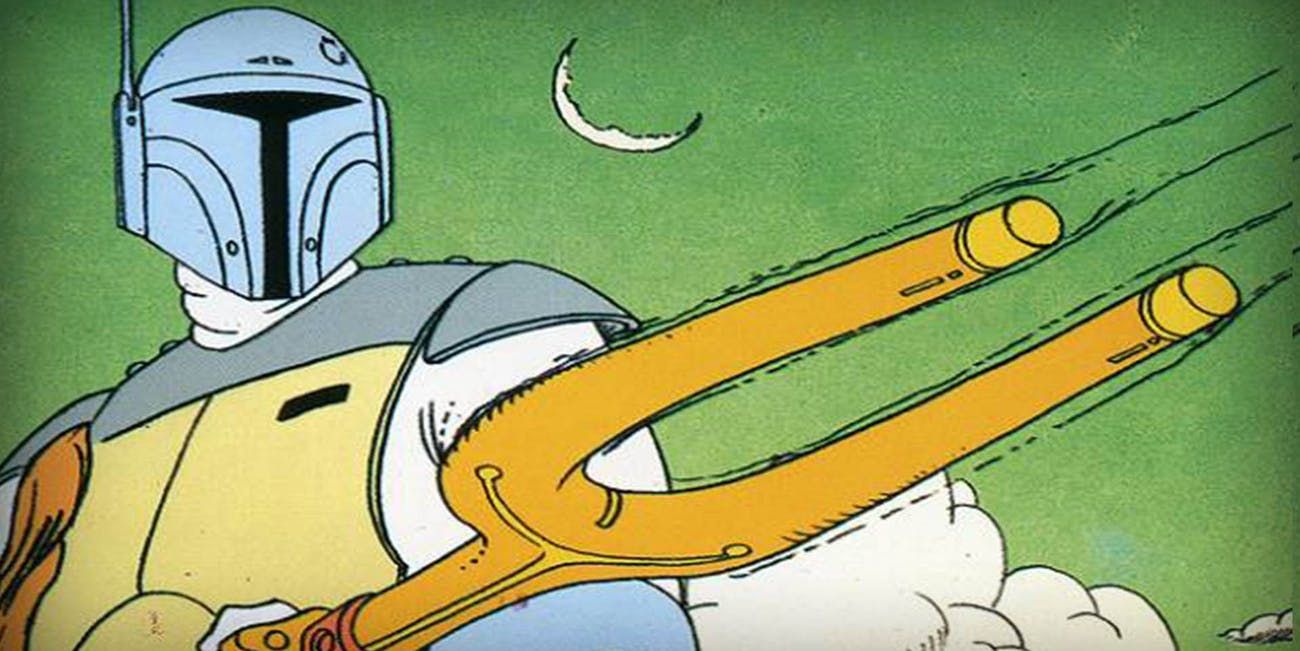 A weapon from The Mandalorian looks to be inspired by the Star Wars Holiday Special. The Star Wars franchise has experienced its fair share of ups and downs over the past four decades, but arguably its lowest point was the initial broadcast of the Holiday Special. Released in 1978 to capitalize on the overwhelming popularity of A New Hope, the program was widely mocked for its baffling story and poor production value. Its reception is so bad, even George Lucas went on to admit it was a mistake, claiming it was a learning experience for him.

For all its faults (and there are plenty), the Holiday Special was noteworthy for marking the first screen appearance of Boba Fett, the fan-favorite bounty hunter who would go on to make his theatrical debut in The Empire Strikes Back. Many consider the animated segment to be the lone highlight, and it seems as if Jon Favreau is a fan of the Boba cartoon himself, if a new prop from The Mandalorian is anything to go by.

Favreau took to Instagram to share a photo of a weapon that will be featured on the upcoming live-action TV series. The Talking Bay 94 Twitter account recognized it from the Holiday Special, and posted two images side-by-side. Additionally, a separate Instagram post from Favreau revealed a prop from The Empire Strikes Back (resembling a 1980s ice cream maker) will be featured as well. Check it out in the space below: 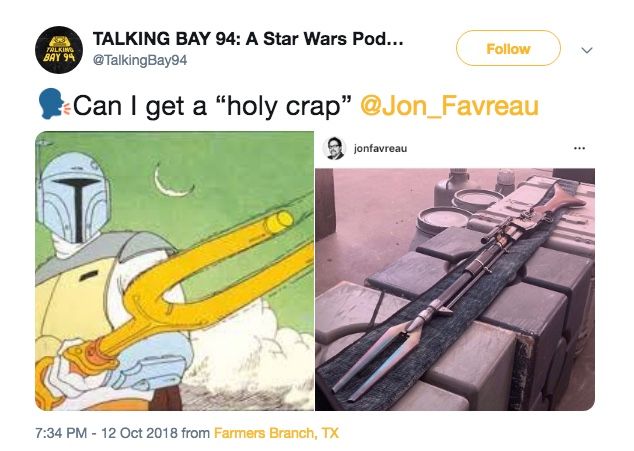 Since being acquired by Disney and giving the expanded universe a hard reboot, the Lucasfilm story group hasn't been afraid to pull from the deep recesses of Legends for material in the latest films and publications (see Solo for a good example). So from a certain point of view, it isn't entirely shocking Favreau would look to the Holiday Special for some inspiration. This isn't even the first time Lucasfilm officially canonized an aspect of the Holiday Special. The Aftermath novels revealed Chewbacca has a family, with a son named Lumpawaroo (Lumpy) and wife Mallatobuck (Malla). While nobody should expect the studio to make the Holiday Special itself canon, it's nevertheless interesting that they're willing to pull from all corners of the franchise's past if it means coming up with a better story. In all likelihood, The Mandalorian won't feature space dinosaurs, but there's no telling what else Favreau and crew will come up with.

It is worth pointing out that though this weapon physically resembles Boba's from the Holiday Special, it doesn't necessarily mean it's the same exact thing. There could be some subtle differences between the two, such as how it functions or how powerful it is. Odds are it'll be somewhat close to the Holiday Special (canon's Thrawn, save for the time period, is a close replication of the old EU's), but fans will just have to wait and see.