The Flash Premiere Had The Arrowverse's First Batwoman Easter Egg 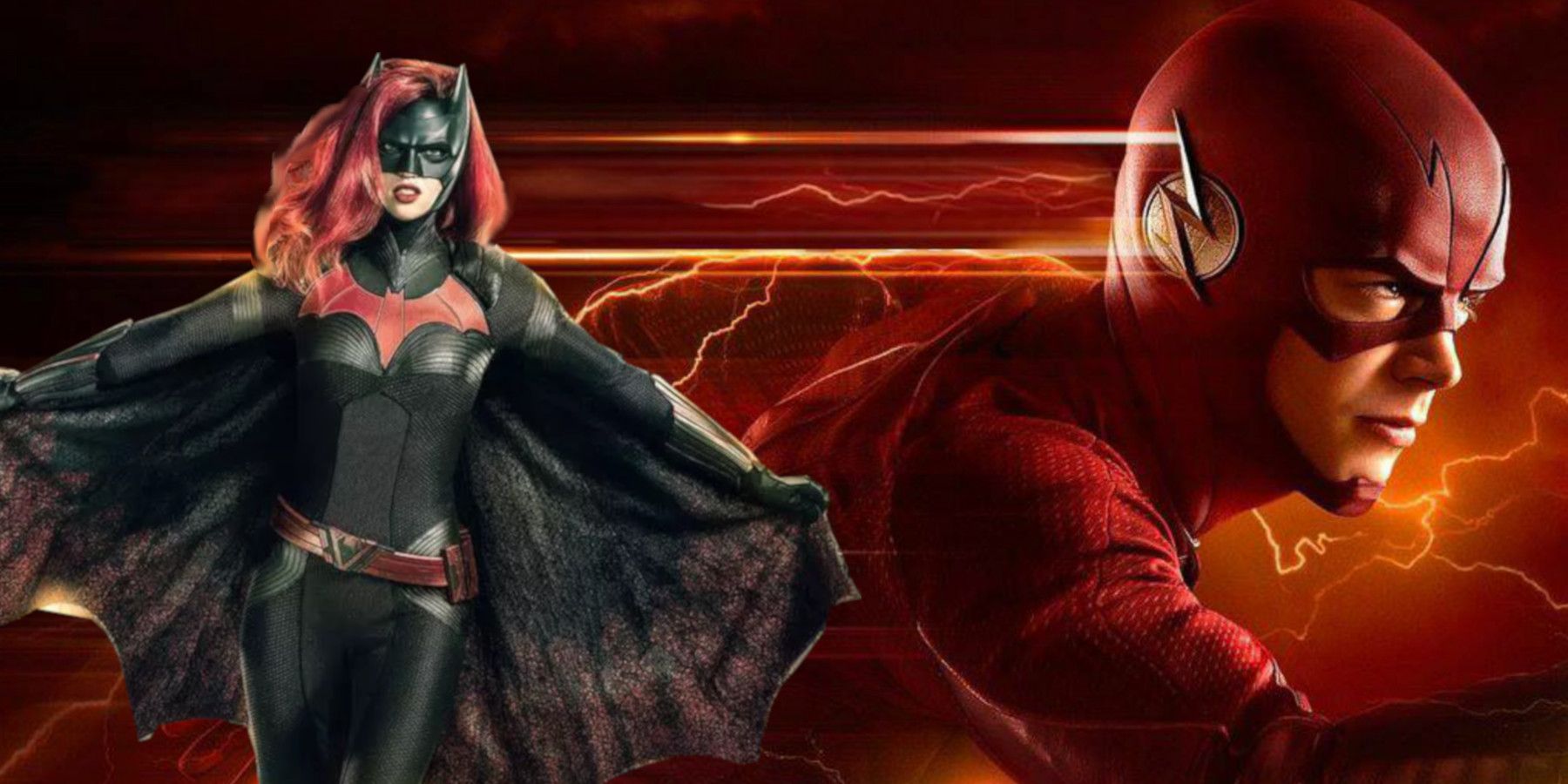 The fifth season premiere of The Flash surprised fans by making the first official reference to the existence of Batwoman, months ahead of her first scheduled appearance during the annual Arrowverse crossover event this winter. The episode also dropped a number of references to the classic comic book mini-series Crisis On Infinite Earths, which has been hinted as an eventual occurrence in the future of the Arrowverse.

Batwoman's arrival in the Arrowverse was first announced shortly before San Diego Comic Con 2018, when the news broke that The CW was considering developing a television series based around Kate Kane, a cousin of Bruce Wayne who unintentionally followed in his footsteps when she became a vigilante. It was later confirmed that not only was The CW developing the series, but they intended to introduce Kate Kane as part of Elseworlds - the next annual Arrowverse crossover event. Ruby Rose, of Orange Is The New Black fame, was ultimately cast in the role of Kate Kane.

Related: First Look At Ruby Rose In Costume As Batwoman In Arrowverse Crossover

The nod to Batwoman came near the end of the third segment of "Nora." The action of the episode centered around Nora West-Allen, the future daughter of Barry Allen and Iris West-Allen, accidentally traveling back in time to before she was born and meeting her parents shortly after they got married. Barry quickly realized something was up when Nora seemed more concerned about spending time with him than doing the same with Iris and asked Nora, point blank, if that had anything to do his disappearance during a crisis in 2024, which he had read about in a future newspaper. Nora responded by showing Barry a newspaper from her time - the year 2049 - and confirming that he never returned home and that she grew up without a father. 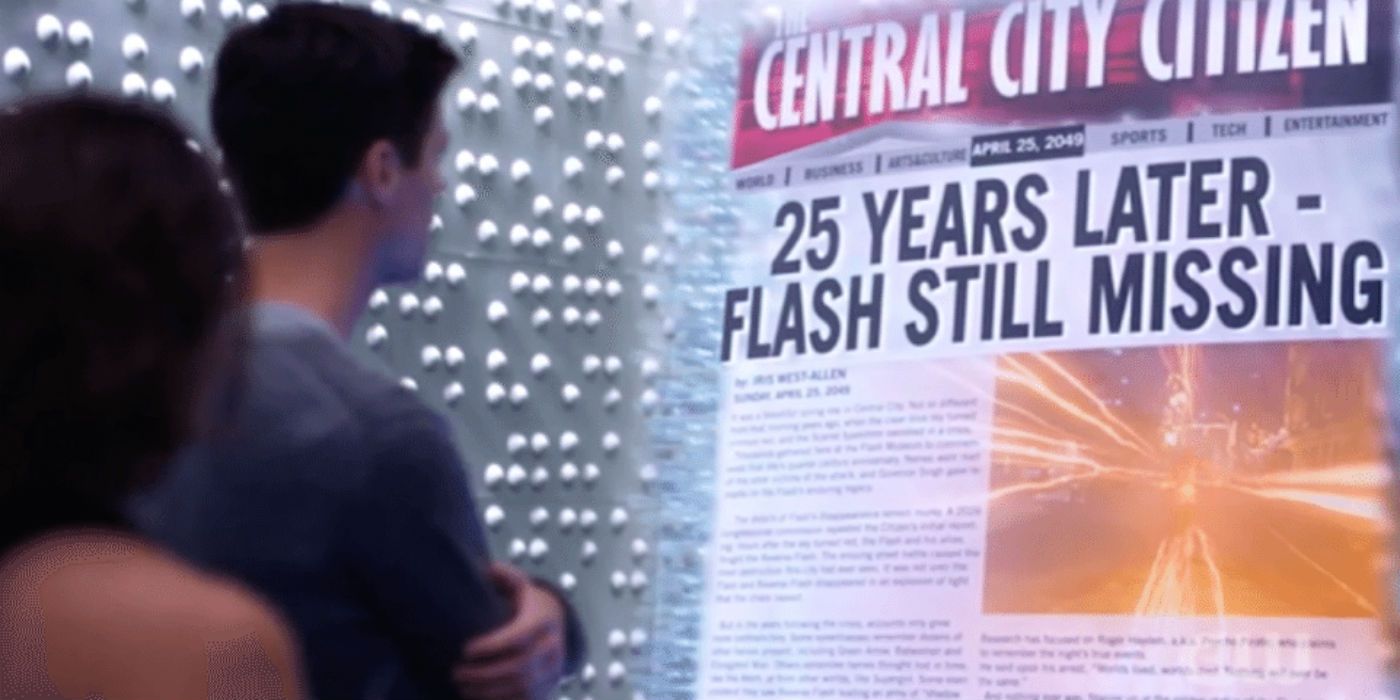 Published 25 years to the day after the original article from the future, which was first seen in the first episode of The Flash, the 2049 article discusses the same crisis, but with a bit more detail. The 2024 article mentioned The Flash disappearing while fighting alongside Green Arrow, The Atom, and Hawkgirl. The 2049 article lists a larger number of heroes being involved in the battle, including Batwoman. The article says:

"But in the years following the crisis, accounts only grew more contradictory. Some eyewitnesses remember dozens of other heroes present, including Green Arrow, Batwoman, and Elongated Man. Others remember heroes thought lost in time, like The Atom, or from other worlds, like Supergirl. Some even contend they saw Reverse-Flash leading an army of ‘shadow demons'."

It is interesting to note that Batwoman is mentioned in the same sentence as Green Arrow and Elongated Man - two heroes who frequently fight alongside The Flash on Earth-One. Until now, it had not been confirmed what Earth in the Arrowverse Kate Kane would be based on, though most assumed she would be from Earth 38 - the same Earth as Supergirl - as that would make it easier for the two to team-up in the future, in the same way that Batman and Superman frequently join forces in the comics. The wording of the article would suggest, however, that Kate Kane will be from Earth-One.

The mention of Reverse-Flash leading an army of shadow demons is another point of interest, given that shadow demons were the main mooks of The Anti-Monitor - the villain of the Crisis On Infinite Earths mini-series, where The Flash seemingly died saving the multiverse. The article also makes mention of The Psycho Pirate - another super-villain who had a major role in the events of The Crisis. It has long been suspected that the Arrowverse would eventually reenact Crisis On Infinite Earths in live-action and this latest bit of news about Batwoman from The Flash premiere seems to make that probability all the more certain.

Borderlands 3’s 'Arms Race' Mode Is Apparently A Roguelike, Because Why Not

A few weeks ago, Gearbox announced a second wave of Borderlands 3 downloadable content. Among the offerings will be a...
Read More

If an artist writes enough music, they’re going to eventually touch on a lot of subjects repeatedly. But it seems tha...
Read More
Back to News