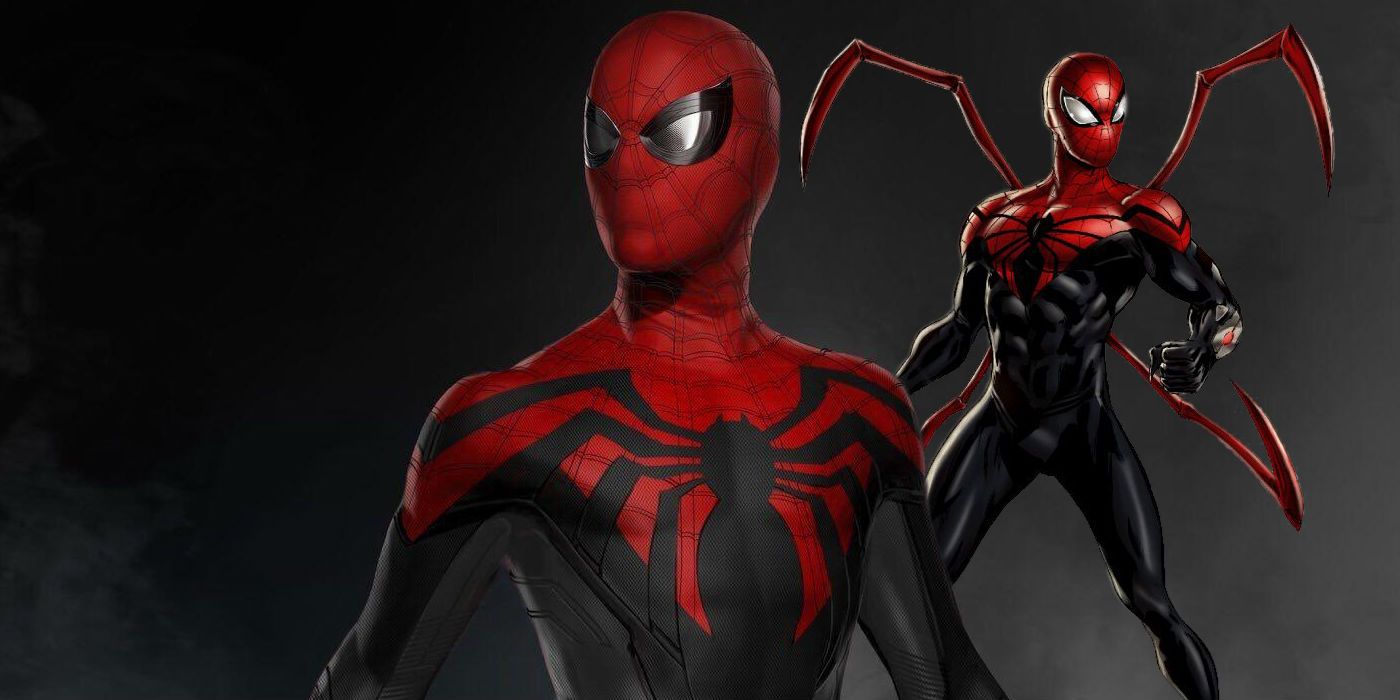 Tom Holland's Spider-Man has another new suit in Spider-Man: Far From Home. Marvel Studios and Sony have been busy putting together the sequel to Spider-Man: Homecoming, a movie that successfully relaunched the solo Spidey franchise in the MCU. His sequel will be the first film to come out after Avengers 4 and many have wondered what that means for Peter Parker, as that movie could potentially see several of his mentors die. However, one of the biggest talking points from the set of Far From Home has been Spidey's several looks.

We've seen Holland in the traditional Homecoming suit before, but most of the European filming highlighted a new, black, Spider-Man Noir inspired stealth suit. This was believed to be his primary costume in the movie, but its now been confirmed that Peter is going to have yet another suit in Far From Home.

Related: Spider-Man Theory: How Peter Gets the Black Suit in Far From Home

Filming on Far From Home just moved to New York and the busy streets of the Big Apple made it so fans didn't have to wait long for new set photos and videos to arrive. Instagram user comicgodz, Just Jared and Reddit user choyjay are to thank for the latest looks at the sequel. These new looks are the first confirmation of Spidey's latest black and red suit that looks to be the MCU's rendition on the Superior Spider-Man look. Spidey wears the new suit as he appears to be saving Michelle (Zendaya).

Click Here For The Spider-Man: Far From Home Set Video

None of these videos and photos fully reveal the new look for Spider-Man, but the basic design is clear. The white Spider-symbol instantly catches the eye as it is contrasted by Spidey's new black design. The black portion of the suit covers his back and most of his arms and legs. Thanks to the video from Reddit, it appears the front of Spidey's suit will remain red, although we don't get a clear look at what the symbol looks like. The suit isn't an identical match to the Superior Spider-Man suit from the comics, but it is the closest match there is, and was even the source of inspiration for the header art for this post done by Marvel concept artist Ryan Meinerding for an alternative suit design for Homecoming.

This new look is possibly the fourth different suit that Spider-Man will wear in Far From Home. The Homecoming suit appears to be staying for some portion of the movie. The Noir/stealth suit looks to be central to the European portions of the movie. Holland was also seen taping in a motion capture suit, which is what he used for Avengers: Infinity War to bring the Iron Spider suit to life, so this one may also make an appearance. Since the Superior Spider-Man suit also has the Spider-legs in the comics, this new look could be the evolution of the Iron Spider suit or one of the other suits Tony Stark was designing for Parker. There's no real clear reason why this new suit is making an appearance in Spider-Man: Far From Home at this stage, but expect Holland to sport several different looks throughout the movie.

MORE: Why Doesn't Mysterio Have His Fishbowl Helmet in Far From Home Set Photos?

When Final Fantasy XVI was first revealed last month, there was a debut trailer. Details, however, were scant. Now, S...
Read More

Studio Deen is back for animation! | Hetalia World Stars Gets Anime Adaptation For 2021!
Read More

Earlier today, a streaming version of Control was released for Switch. And while waiting in line to play video games ...
Read More
Back to News