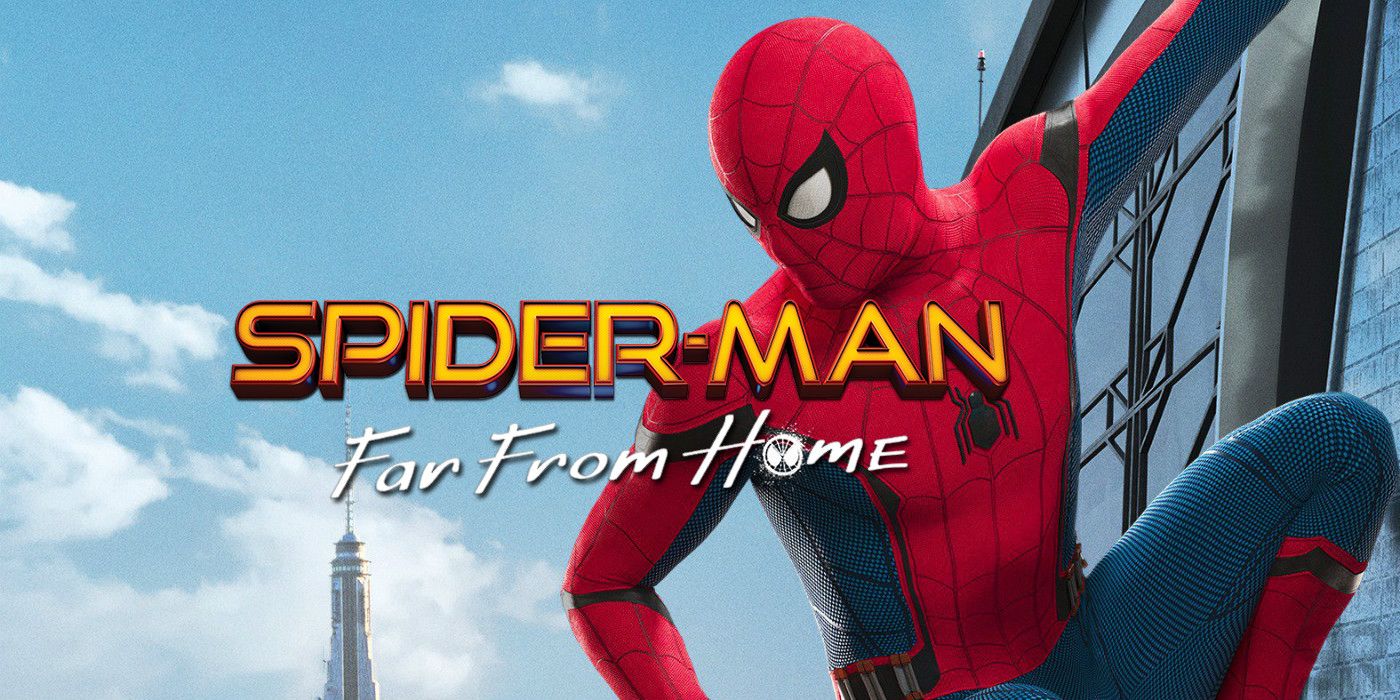 Sony's Spider-Man: Far From Home gets a teaser poster as the promotional image is spotted at the Brand Licensing Europe 2018 event in London. Thanks to a deal between Sony Pictures and Marvel Studios, Peter Parker (Tom Holland) joined the Marvel Cinematic Universe in Captain America: Civil War. Since then, Holland's wall-crawling superhero has headlined his own movie in Spider-Man: Homecoming and teamed up with Earth's Mightiest Heroes in Avengers: Infinity War. Next, Spidey will return for Avengers 4, then the beloved Marvel hero will kick off Phase 4 of the MCU with Spider-Man: Far From Home.

Despite Peter Parker becoming the victim of Thanos' snap as part of Infinity War's cliffhanger ending, we know the web-head will return somehow - whether that means Avengers 4 will use time travel, though, remains to be seen. Holland and stars of Homecoming returned to work this summer as Spider-Man: Far From Home has been filming across Europe. Set photos from the Spider-Man sequel have offered looks at MCU characters joining the Sony movie, including Samuel L. Jackson's Nick Fury and Cobie Smulders' Maria Hill. Now, a promo poster for Spider-Man: Far From Home has also surfaced.

Related: Every Villain Rumored For Spider-Man: Far From Home

Instagram user Dirtees posted a group of photos from the floor of the Brand Licensing Europe 2018 expo in London, United Kingdom this week. The fourth photo in the post (which can be located by clicking through the series of photos below) features a hanging promotion image for Spider-Man: Far From Home. It appears to be an image of Spider-Man from Homecoming that was repurposed with the Spider-Man: Far From Home movie logo. Take a look at the image below.

Of course, Sony can use images of Spider-Man from Homecoming for the Far From Home posters because Peter Parker is expected to be wearing the same superhero suit. Previously, Holland confirmed Spider-Man will wear the Homecoming suit in the sequel, despite upgrading to the Iron-Spider suit for Infinity War. However, based on Far From Home set photos, Spider-Man will also don a stealth suit that's all black. Fans have theorized this suit is inspired by Spider-Man Noir, but how exactly Spidey gets the black suit for Far From Home remains to be seen. All we know for now is that Peter Parker will trade in his red and blue costume for something more covert (or, perhaps it's a separate mode built into the old suit by Tony Stark).

Next: 2019 Will Have The Most Superhero Movies Ever Released

Halloween is here and while you may enjoy this holiday, you might not be as into scary horror games as others. You ar...
Read More