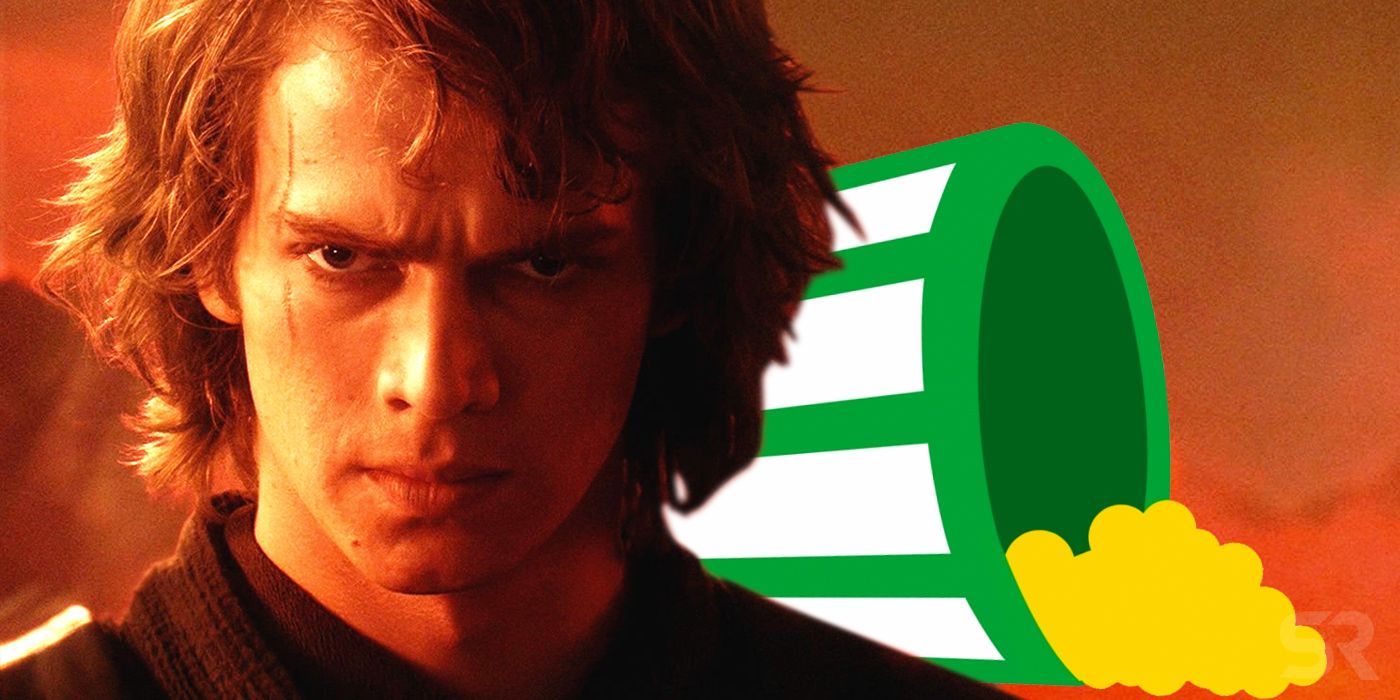 There's something wrong with the Rotten Tomatoes score for Star Wars Episode III: Revenge of the Sith. The third movie in George Lucas' divisive prequel trilogy, Revenge of the Sith is widely regarded as the best of the three for how it maturely brought the then-six movie saga to a close. However, if you went to popular review aggregate Rotten Tomatoes to see how audiences have rated the film, you'll be getting skewed results.

At present, Revenge of the Sith sits on a 79% Tomatometer score and a 65% user rating, marking it out as the most liked of the prequel trilogy by critics and audiences alike. However, while that critic percentage has been pretty static over the past 14 years, there's something seriously off with its audience score; that 65% is calculated from votes by 33,682,429 users. In comparison, since their respective releases, Star Wars: The Force Awakens has 229,322 audience votes and Star Wars: The Last Jedi only 204,091. Box Office Mojo estimates that Episode III sold 59,324,600 tickets domestically, meaning over 50% of the moviegoing public voted on this movie, compared to 0.3% of The Last Jedi's.

Related: 2019 Will Be The Best Year For Star Wars

Delving into the past of Rotten Tomatoes using the Wayback Machine, a website that stores snapshots of internets past, provides one solution. In 2010, Revenge of the Sith's audience score was a healthy 85%, a number it had been circling since release five years in 2005. Then, in October 2010, that number shot down 21 points to just 64%. At first, nothing seemed off, with the site citing this number was calculated by 198,824 votes. However, by May 2011, it read 32,050,182 votes for the film, an increase of almost 32 million. This number leaps up to near its current total by 1.5 million in October 2012, when the score settled out at 65% - which it remains at until this day.

While the percentage dropped before the mass influx of votes appeared on the site, it must be noted that the number votes Rotten Tomatoes cited didn't change at all until the 32 million increase. There's a similar lag present across past pages on the Wayback Machine, suggesting that the score and number of votes counted aren't updated with the same frequency by the source site.

It would thus appear that the Revenge of the Sith score only dropped from 85% to 64% after a 160,000% increase in votes. It's unclear what's happened here, but the obvious suggestion would be that bots spammed the page to bring the score down. As for motive, the obvious reasoning would be a bid to damage the film's reputation. In late 2010, The Phantom Menace and Attack of the Clones were on 65% and 69% audience scores respectively; this massive drop for Revenge of the Sith saw it gain a score worse than its predecessors (2010 was also when Red Letter Media's Mr. Plinkett reviews released and gained traction, transforming the discourse around the Star Wars prequel trilogy). Given how intense Star Wars fandom has always been, that's well within the realm of possibility. Of course, it may just be a random movie that was affected, with any associated controversy an accident.

UPDATE: Popular documentary The People vs. George Lucas released in October 2010, the same month when the drop in Revenge of the Sith's Rotten Tomatoes score was first registered. The dropping of this anti-prequel documentary could have had some influence in any foul play.

Still, this isn't the first time that Rotten Tomatoes has come under fire for inaccurate scores regarding Star Wars films; when Star Wars: The Last Jedi's audience score plummeted immediately following release, it was blamed on bots. Rotten Tomatoes disputed this and, when compared to the Revenge of the Sith situation, it looks like they may be correct: that films' vote numbers match similar recent blockbusters.

Related: Star Wars Fandom Has Finally Got Over The Prequels - Thanks To Disney

Whatever the case, it's clear that the Star Wars Episode III: Revenge of the Sith Rotten Tomatoes audience score is incredibly suspect, with any true adjustment since 2010 impossible to measure. Hopefully, this is just a glitch, or at the least some outside meddling hasn't done much to sway people from checking out this movie (or others affected). But, now it's clear something's up, it would be right for the site to try and fix it.