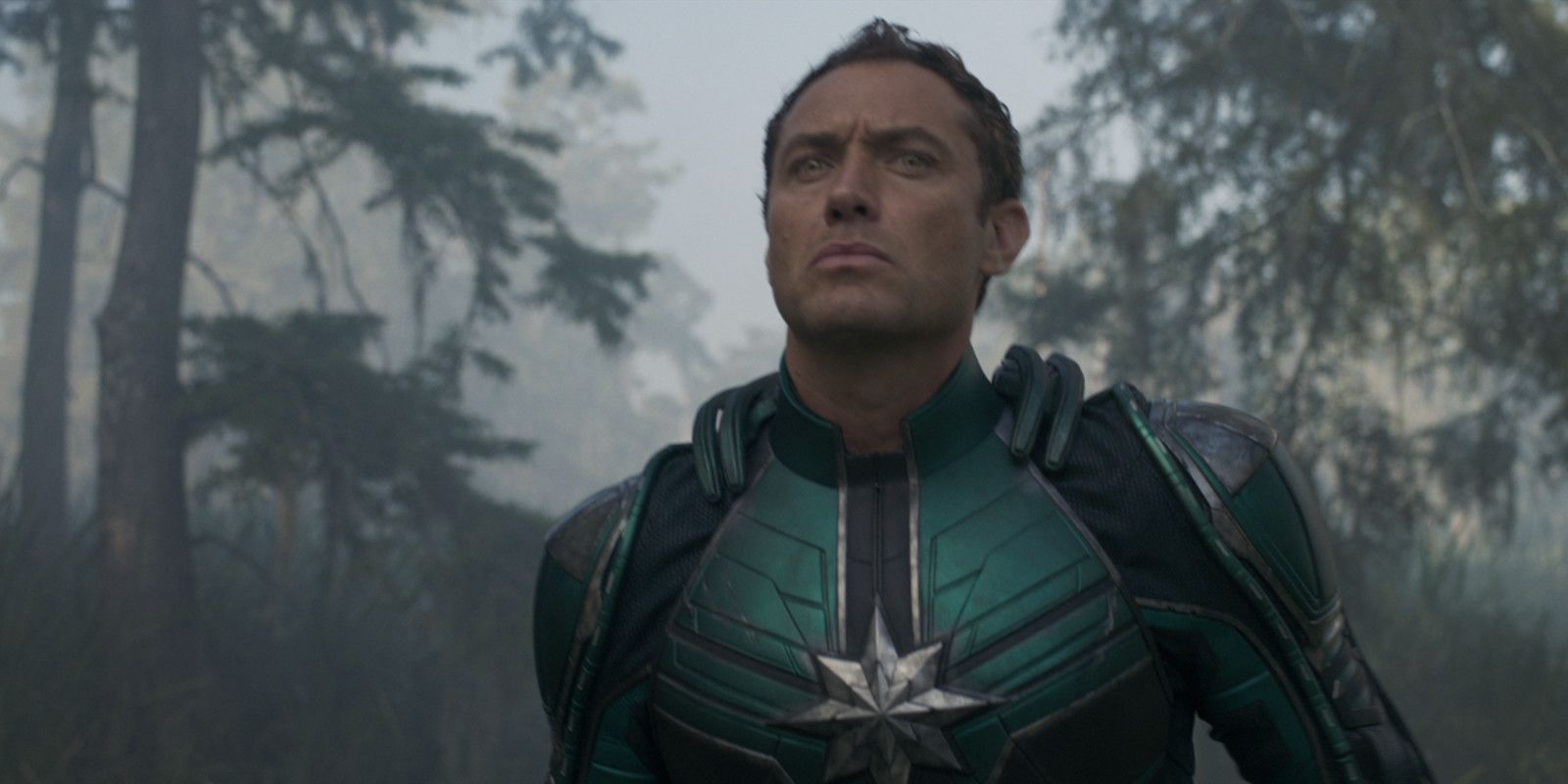 Hasbro's Marvel Legends action figures appear to confirm that Jude Law's character in Captain Marvel is in fact the Kree villain, Yon-Rogg. When Law was originally cast for the film, he was reported to be playing the legendary hero Mar-Vell. Curiously, Marvel refused to confirm this, and even Law has declined to confirm his true identity.

This secrecy naturally led many to suspect Marvel was playing a bait-and-switch, and that Law wasn't playing Mar-Vell at all. Instead, it was theorized that he was playing Yon-Rogg, a Kree villain who's tied to the superhero origin of Carol Danvers. Significantly, in the comics Yon-Rogg has even been responsible for manipulating Carol Danvers' memories in order to achieve his own goals. When the first Captain Marvel trailer suggested the titular hero was amnesiac, then, it seemed to increase the odds Law is playing a villain.

Captain Marvel merchandise is beginning to hit the shelves, though, and it seems to be blowing the lid off this particular secret. Hasbro is releasing a Captain Marvel Marvel Legends wave, and it includes an action figure of Jude Law's character. Although this was promoted simply as "Starforce Commander," the packaging in stores actually names his character. It calls him Yon-Rogg. Check out an image below, via Twitter user @TheJediJunkyard.

The average moviegoer can be forgiven for not realizing this is a big deal; in reality, though, this name completely transforms the plot of Captain Marvel. So far, Marvel is attempting to market their next blockbuster as though the Kree are heroes and the Skrulls are villains. In reality, if Jude Law is playing Yon-Rogg then it indicates both alien races are bad guys. Carol Danvers is likely a victim of Yon-Rogg's manipulation, tricked into serving the Kree. When she describes the (typically) blue-skinned race as "noble warrior heroes," it's not accurate at all; rather, it indicates how completely she's been deceived.

More: Why Is Marvel Lying About Jude Law In Captain Marvel?

Mike “Daarken” Lim is a freelance artist who has done work for companies like Valve, Bethesda, Wizards of the Coast, ...
Read More

The main cast are reprising their roles from the TV anime.
Read More