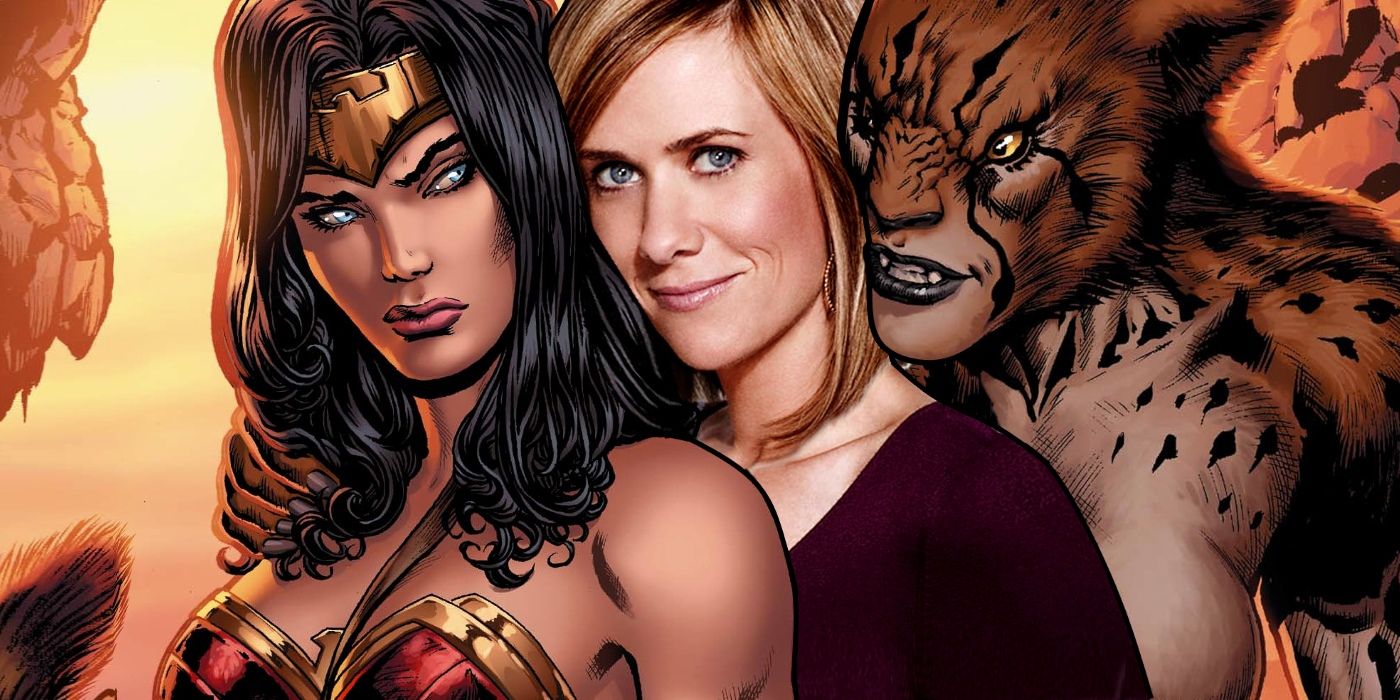 Wonder Woman 2 will be set in the 1980s - which  Screen Rant exclusively broke last year. Aside from Jenkins and Gadot, Chris Pine is also returning, although it's still unclear in what capacity, since his Wonder Woman character, Steve Trevor, supposedly died in the plane crash towards the end of the first film. Meanwhile, the sequel is also getting a bigger cast with some brand new faces. In addition to Wiig, Narcos' Pedro Pascal also joins the film in a yet to be revealed role, alongside Natasha Rothwell as well as Ravi Patel and Gabriella Wilde. With filming still underway, leaked set images are making their way online, including this one with Minerva putting up a fight against an unknown man.

Coming from Twitter user oilie is a slew of brand new images from the set of Wonder Woman 1984 featuring Wiig's character, pre-Cheetah transformation. In the images, Minerva seems to be fending off a mysterious guy who appears attack her. It remains to be seen if the unknown man is a random stranger or is someone who has something to do with the film's bigger arc. In the meantime, check out the images below:

It's hard to gauge what exactly is happening in the set photos and how it connects to the film's overall narrative, but considering that Minerva is wearing the same clothes she was sporting in the character's first look, it's safe to say that this supposedly happens around the same time she dropped by what looks like a museum. It's currently unknown how exactly Minerva becomes Cheetah, but previous reports claim that she will start out emulating Diana, perhaps even posing as an ally before becoming a villain.

With three more films on Warner Bros. superhero docket (Aquaman, Shazam!, and Joker) coming before Wonder Woman 1984 arrives in theaters, it's safe to say that it will take a bit of a wait before fans get to see a proper trailer for the sequel. Back in July, Jenkins, Gadot, and Pine debuted a short teaser trailer at San Diego Comic-Con for the film and, while it barely revealed anything about the plot, initial reactions to it were positive as it seems to double down on what Jenkins established in the first movie. Aesthetic-wise, both the official character portraits released by the filmmaker and the aforementioned clip appear to embrace the look and feel of the '80s, which means that it could easily stand out visually from other superhero films.

Apart from his prodigious jumping abilities, Mario’s key defining feature is his hat. He’s been wearing that thing si...
Read More
Back to News