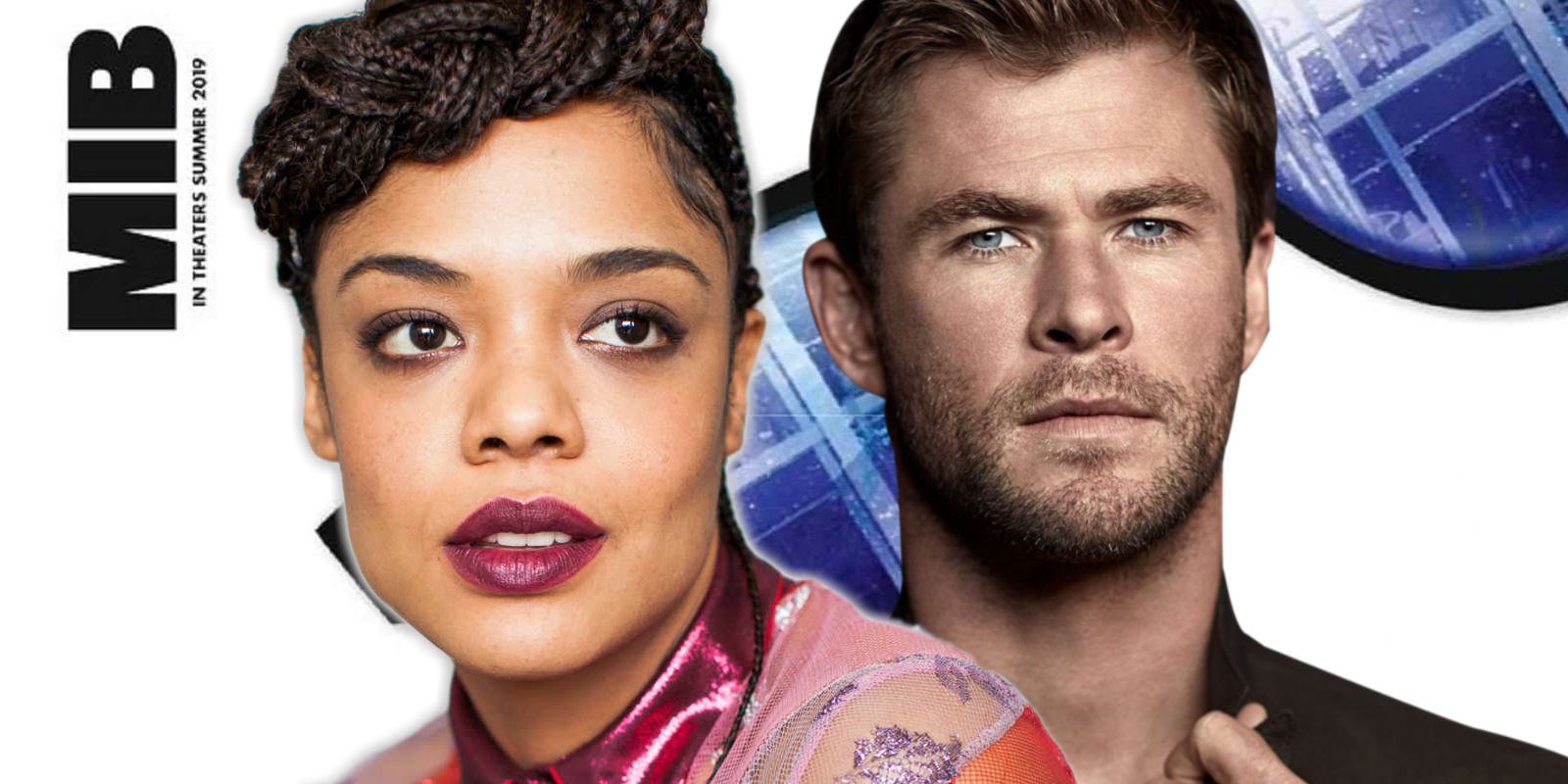 Tessa Thompson has shared another image from the set of the Men In Black spinoff she's currently filming with co-star Chris Hemsworth. The stars have taken to posting the occasional behind-the-scenes look of the anticipated flick, which takes the concept of the previous three films starring Will Smith and continues the story with Hemsworth & Thompson at the helm. Hemsworth plays Agent H, who teams up with newcomer Em (Thompson) in the film directed by F. Gary Gray, best known for titles such as Straight Outta Compton and The Fate of the Furious.

Prior to this, the Thor: Ragnarok stars have used their social media accounts to share little moments from the set. Hemsworth showed a quick peek at the two on his Instagram story, seemingly waiting around between takes and sharing a laugh. The same day, Hemsworth also shared a black and white photo on Twitter of him and Thompson posing together, with the set and a few crew members in the background. And now, Thompson is giving fans another quick look at the upcoming spinoff movie.

In a post on Instagram (below), Thompson and Hemsworth are seen in full costume, holding umbrellas and walking through the desert. She captioned it simply as "Buds in Black." While there isn't a lot to take from this, it does at least show that the two will be traveling to exotic lands, as was indicated in the minimal plot details, which state that the pair "become involved in a murder mystery that has them traveling the globe." Hemsworth himself painted a similar picture back in April, when he discussed the script as it was in development. He said they were working to make the film "epic and fun" and that they were looking to "change up the locations" from the previous iterations.

This spinoff has been in the works for a few years, though it took different forms. At one point, the idea was to have the film act as a crossover between two Sony properties, MIB and 21 Jump Street, which would have been titled MIB 23, following the success of the sequel 22 Jump Street. This was scrapped in favor of the current project. Though many fans were disappointed that original stars Will Smith and Tommy Lee Jones would not be returning for a fourth film, the pairing of Hemsworth and Thompson has been well-received, perhaps because audiences had already seen their chemistry at work in Ragnarok.

The highly-anticipated film is due out in 2019 and features a star-studded cast in addition to the two leads. Emma Thompson will return as Agent O, action star Liam Neeson has appropriately been cast, and so has comedic actor Kumail Nanjiani, best known for his semi-autobiographical film The Big Sick and his lead role on HBO's Silicon Valley. He's reportedly playing Pawny, a wise-cracking, sex-driven alien. Filling out the cast are Mission: Impossible's Rebecca Ferguson and Jurassic World: Fallen Kingdom's Rafe Spall.

Next: Men In Black Spinoff: Chris Hemsworth Suits Up as Filming Begins

You don’t really quit Warframe. When Hades, Baldur’s Gate 3, and a slew of other Extremely Me Games came out last mon...
Read More
Back to News