Marvel’s Guardians of the Galaxy reboot roster has expanded yet again. While yesterday brought news that Cosmic Ghost Rider would be joined by Moondragon, Gladiator and Beta Ray Bill, a newly-released teaser today confirmed that the four will also be joined by Nova, Darkhawk and Phyla-Vell.

Perhaps the least surprising addition to the roster is Phyla-Vell, who recently appeared alongside Moondragon in Infinity Wars #4 when the two attempted to overpower Requiem, causing them to tumble into the villain’s reshaped reality, their fates left ambiguous. If the teaser released today is to be believed, it seems they’ll be falling straight into a partnership with the new Guardians of the Galaxy.

Darkhawk has been through his own ringer as of late. The character’s solo Infinity Wars tie-in series saw Christopher Powell’s Darkhawk armor take on new, terrifyingly powerful properties. Nova also assisted Darkhawk in his struggle against the Raptors Gyre and Dark Darkhawk. Recently, Darkhawk was recruited by Sleepwalker, who informed the hero that Gamora’s dabbling with the Infinity Stones had put the Mindscape in great danger. Their story will likely be picked up in the coming issues of the Sleepwalker solo Infinity Wars tie-in series.

All of that being said, the teaser today hints that the roster reveal is far from over. Several heroes remain silhouetted in the teaser. Just who could they be? 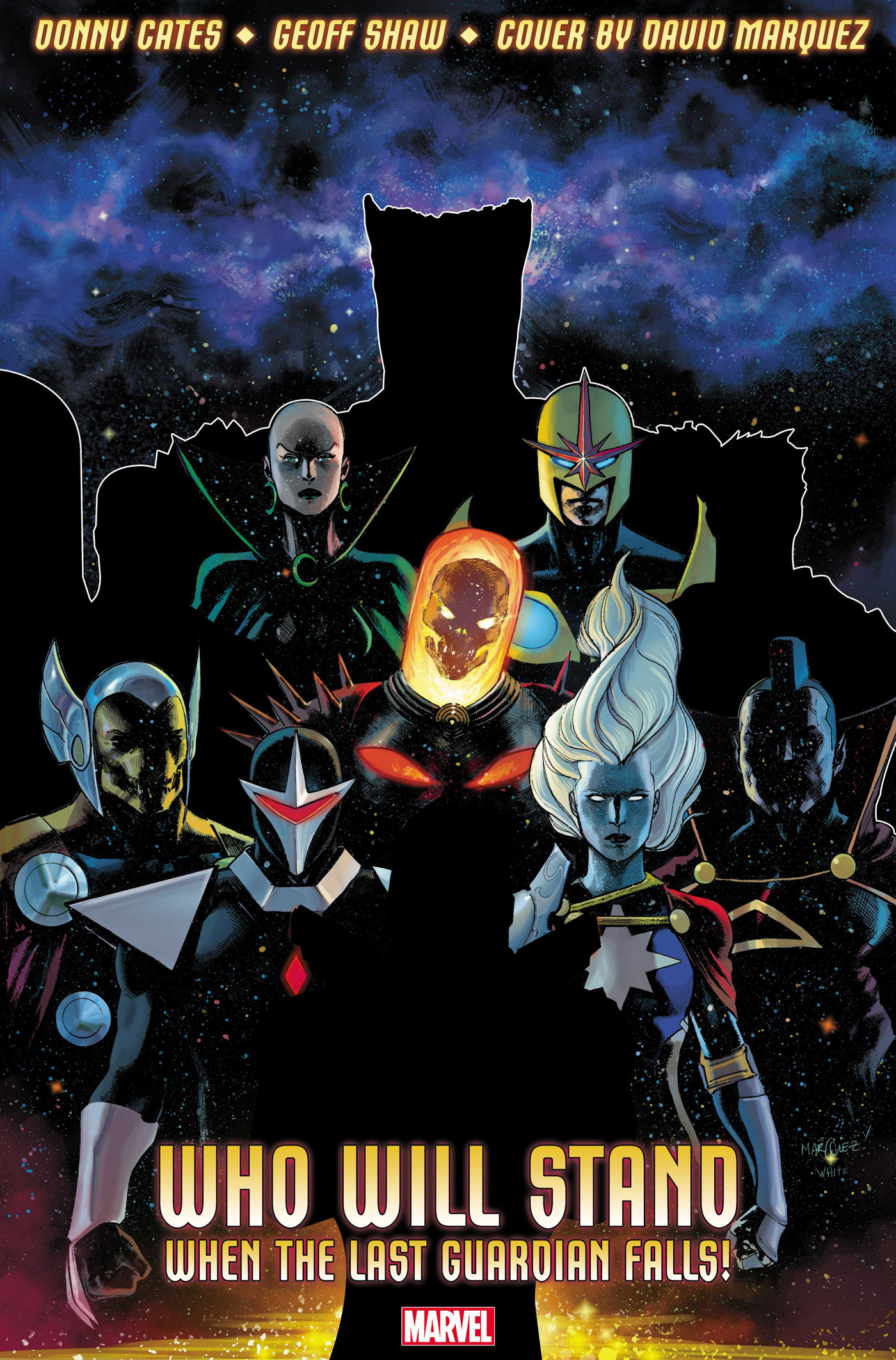 Surprise! After a hiatus that began when Diamond Comics shut down in March amid the fledging COVID-19 pandemic, Runaw...
Read More

Ah, this is exciting. Welcome to The Art of Hades, a look at the work that went into what’s easily one of the best-lo...
Read More
Back to News