Marvel Comics today released a teaser revealing three more members from its upcoming Guardians of the Galaxy roster reboot. The image depicts Cosmic Ghost Rider (who we already knew was attached to the team), Moondragon, Gladiator and Beta Ray Bill.

The image comes with no additional context except for the ominous message, “Who will stand when the last Guardian falls!” Regardless, it seems clear the roster reveal is far from over, as several characters remain silhouetted behind the core four. Cosmic Ghost Rider’s involvement in the reboot was revealed back at the top of the month in a teaser image like the one released today, depicting only the futuristic, slightly insane Spirit of Vengeance.

RELATED: Thanos Has Built a Society Based on the Punisher’s Ideology

As for the other three, Moondragon was recently seen crashing into Gamora’s new reality alongside Phyla-Vell in Infinity Wars #4. Gladiator’s addition should come as no surprise, as he appeared prominently in the Thanos series that inevitably spawned Cosmic Ghost Rider. Meanwhile, Beta Ray Bill has played a crucial role in the Death of the Inhumans series.

The Guardians of the Galaxy reboot will be helmed by the creative team of Donny Cates and Geoff Shaw. The series is expected to debut in 2019 and will reveal exactly why the galaxy needs guardians in the wake of Thanos’ demise. The last time we saw Cosmic Ghost Rider, after all, was when he stood beside Eros, Thanos’ brother, who had just acquired the Mad Titan’s last will and testament. 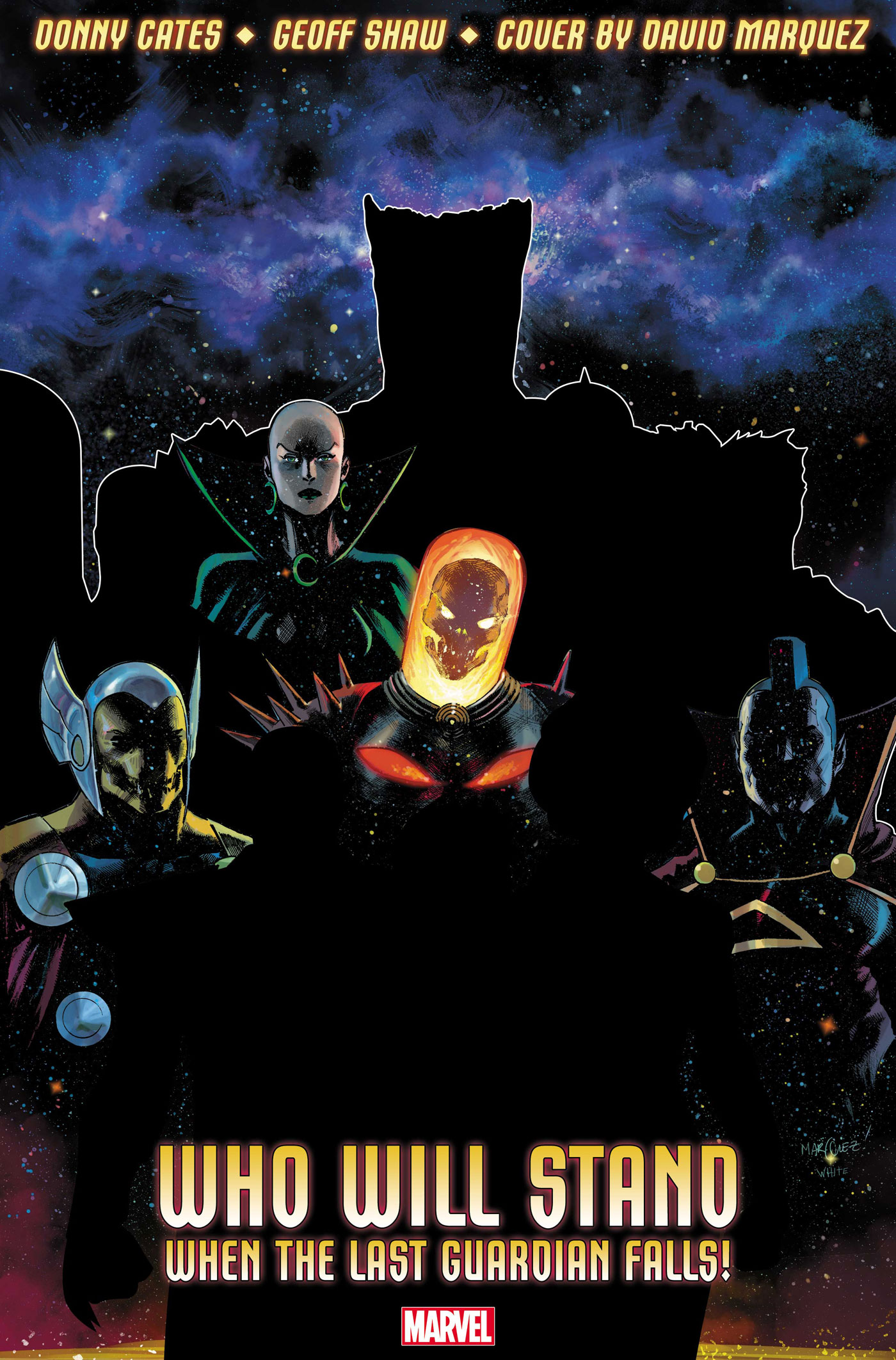