Justice League Parademon Transformation Scene Was Too Scary for WB 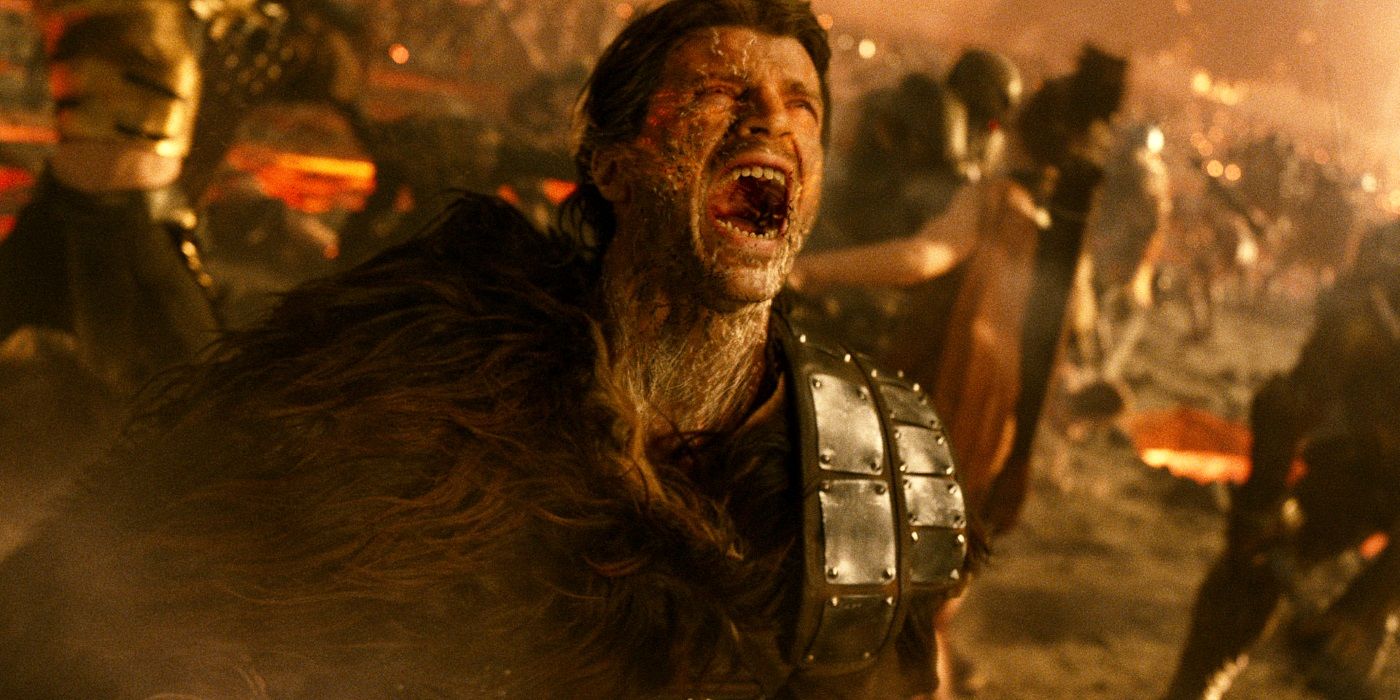 Early concept art for Zack Snyder's Parademons in Justice League reveals a look that was deemed too scary. It's been nearly a year since Warner Bros. released Justice League, but the movie - for better or worse - is still a huge topic of conversation. There's been no shortage of alternative pieces of information to arrive, and most of them are coming straight from Zack Snyder. He's the credited director on the movie, but it was Joss Whedon who came in to take over after he left the project and his creative vision was changed.

This has sparked plenty of debate over how different the Justice League that hit theaters is to the version Snyder originally had in mind. But, some of the new looks that have come out are from early design phases that showed earlier versions of what Snyder was envisioning.

A new piece of concept art for Justice League by Victor Martinez has surfaced (via DCFilmsHub), and has made fans once again ask Snyder why this looks different than what was seen in theaters. The main focus on the new batch of concept art focuses on Batman in a room where human bodies are hanging upside down, as they're in the process of becoming Parademons. When asked about the art on Vero, Snyder revealed this version was deemed "too scary" by Warner Bros.

It's important to remember that this is just concept art, and not necessarily a scene cut from the movie (i.e. part of the Snyder Cut). This is instead just an interpretation of the transformation process lifted from the script. The element of humans being transformed into Parademons stuck with Justice League, but they were not depicted like this. This seems to involve humans being kidnapped. and then the transformation happening during a cocooned state. This plot point was a larger factor of Justice League before changes were made, where Batman was investigating the disappearance of scientists across Gotham, such as Silas Stone.

Even though this design was deemed too scary by Warner Bros., this isn't a change that was made during filming, let alone after Snyder's exit. It would appear this design never made it past the conceptual stage, and the movie proceeded with the transformation process that Justice League actually includes. So, even though this looks cool visually, it's not another example of a change made between the Snyder Cut and the theatrical one. Since Justice League didn't use this method, any future examples of the creation of Parademons will likely follow the quicker approach they took in the movie.

In HP’s Holiday Gift Guide, Laptops and Desktops Are the Gifts That Keeps on Giving

Considering how much our screens and gadgets have been a respite from the stress of the world lately, a well-chosen t...
Read More

Cyberpunk 2077 Delay Was Kept From Most Of The Team, Studio Says

A tumultuous 24 hours after CD Projekt Red announced Cyberpunk 2077 would be delayed for a third time, the studio has...
Read More

PlayStation 5 pack-in game Astro’s Playroom is pretty darn good. (Well, the level we’re allowed to tell you about is ...
Read More
Back to News