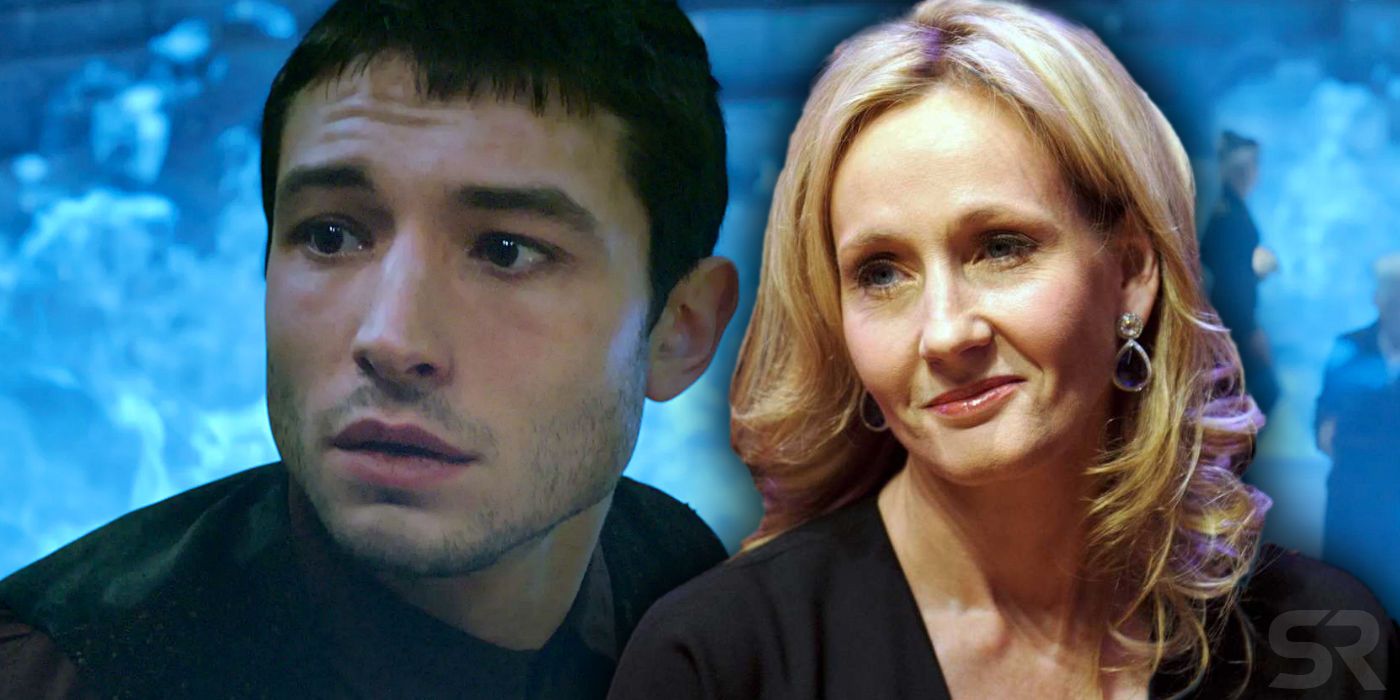 Fantastic Beasts: The Crimes of Grindelwald ended with a dramatic twist revealing Credence's true identity - but it turns out J.K. Rowling has been subtly hinting at it since 2016. Rowling is rightly known as one of the greatest writers of the present day, and is particularly renowned for playing the long game; she delights in teasing plot twists years in advance.

One of the most surprising plot twists of all, though, was at the end of Fantastic Beasts: The Crimes of Grindelwald. The final scenes saw the dark wizard Grindelwald reveal the true identity of the young orphan Credence; it seems the youth is actually Aurelius Dumbledore, a secret fourth Dumbledore sibling whose identity has never before been hinted at in the Harry Potter canon. Rowling has reassured confused fans that answers will be provided in Fantastic Beasts 3, which is generally expected to release in 2020 (assuming the two-year intervals are standard).

But, amusingly enough, it turns out Rowling has been dropping hints for the Credence twist since October 2016 - before Fantastic Beasts and Where to Find Them had even hit theaters. As noted by Hypable, back then Rowling decided to update her personal website. She uploaded a banner for the "Answers" page, an image that even featured a book about the Roman Emperor Marcus Aurelius. Of course, Aurelius is the perfect name for a Dumbledore; "Albus" means "white," "Ariana" means "silver," and "Aurelius" means "golden" or "gilded."

This is typical of J.K. Rowling - to be hiding a blatant clue in plain sight, and to leave it unremarked on even months after the twist had gone public. Reactions to the Credence twist have been fairly vocal, with a lot of Harry Potter fans confused as to how Credence fits into the Harry Potter timeline, and Rowling could potentially have used this to calm people down by pointing out she'd decided on this twist years ago and had already made sure it fit into the established Wizarding World history. Instead, she's been content to sit on it and let fans stumble on the clues themselves.

Marcus Aurelius was Roman Emperor from 161 to 180 AD, and his reign is viewed by historians as the end of the Pax Romano and the beginning of the Roman Empire's collapse. As important as he may be, though, historical records about Marcus Aurelius are patchy and confused. It seems appropriate for Credence's real name to be linked by a Roman Emperor whose history is uncertain; his very existence, after all, seems to be destined to be forgotten by the wizards. Significantly, though, Marcus Aurelius isn't the only famous historical figure to bear that name. Ambrosius Aurelianus was a legendary King of Britain, and it's believed Geoffrey of Monmouth merged legends of Aurelianus with tales of the prophet Myrddin Wyllt when he created the legendary wizard Merlin. Rowling explicitly drew upon Merlin when creating Albus Dumbledore, so that establishes another close connection between Albus and his heretofore-unrevealed younger brother.