How To Get The BEST Ending In Black Mirror: Bandersnatch 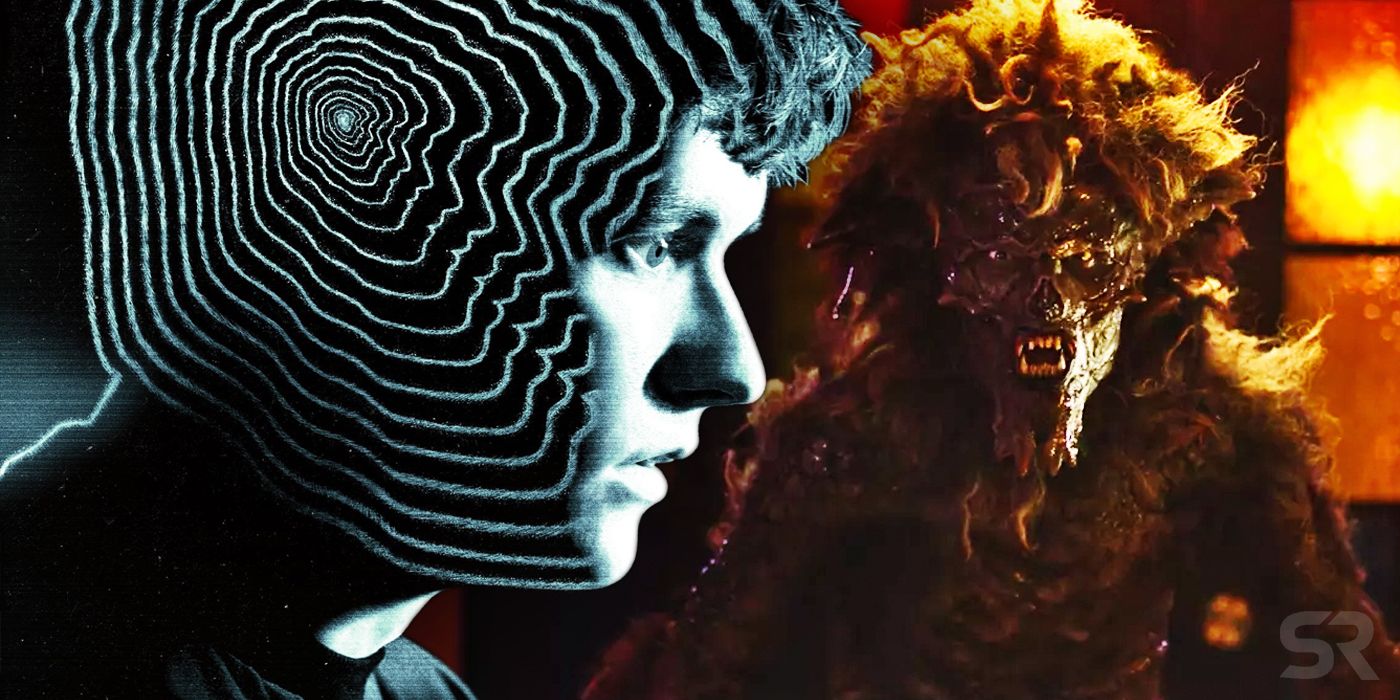 Here's how to get the best ending in Black Mirror: Bandersnatch (although that may not actually be a good thing). The Netflix anthology series has always probed our reliance on technology but with its latest movie takes it to a new level. Bandersnatch is a choose-your-own-adventure story in the spirit of horror and fantasy novels (and early computer games).

On the face of it, Black Mirror: Bandersnatch is telling the story of young game designer Stefan who's developing an interactive adventure based on his favorite fantasy book. Except he's not in control himself - you are. As Stefan works on the game, you make all his key decisions and he begins to suspect that something is wrong. The results are interchangeably hilarious, violent and twisted.

As with any game that involves choices - be it Telltale's The Walking Dead or Give Yourself Goosebumps - there's always an overbearing fear of making the wrong choice. Bandersnatch creates a sense of unease in deciding whether to eat Sugar Puffs or Frosties (the long-term effect of either is a different advert appears on TV later) but as it goes on, the narrative spirals in increasingly unpredictable ways - and back on itself. Just what are you supposed to choose? Using Netflix's own prescripted plan as a guide, though, here's what we view as the optimal route. Unfortunately, if you've embraced the game's mantra of free will, you may be in for a rather rude surprise...

Black Mirror: Bandersnatch Has Five Endings, None Of Which Is Final

Black Mirror: Bandersnatch has reportedly 1 trillion unique story permutations, a massive number on its own but incredibly sensible mathematically. If each choice creates a new plot thread, then the number of different narratives increases to the power of 2 each time: two after one choice, four after two, eight after three, sixteen after four etc. By the time you have just forty choice points, you have 2^40 = 1.0995116 trillion. Despite this, Black Mirror: Bandersnatch really only have five distinct endings. The journey to get there, who dies, how demented Stefan gets varies depending on choices, but at the end of the day, you'll get one of each.

For completion, these endings are: the entire episode is a TV show (jump out of psychiatrist's window); Stefan ends up in jail (kill Dad and bury him); a Netflix developer continues the game in the modern day (kill Dad and chop his body up); Stefan dies with his mother (open the safe in the dream and find a rabbit); Stefan is part of a scientific experiment (open the safe and find files). The specifics of each of these and how to get to them can be found in our explainer of Black Mirror: Bandersnatch's endings, but what's important for us is that none is the "best".

That's not to say the endings aren't good. Indeed, one of Bandersnatch's best aspects is how its early setup establishes ideas for vastly different conclusions; Stefan is in a TV show or Stefan is Donnie Darko go hand in hand. But with all bar one leading to a destruction of the protagonist's life by death or incarceration (and that exception essentially being a joke), it's clear a single optimum can't exist. That's why, upon completion of one strand, Netflix takes you back - either with a choice or single option, you're sped through the storyline to a point where your choices diverged, enabling you to take a different path and get a new ending. The credits only roll unimpeded after you've attained all five in some form.

There really isn't a "best" ending of Black Mirror: Bandersnatch because the real ending is all of them together. There's surely an optimum, although given the amount of parameters to get all that's within a small range. The best then becomes about ideal order. And, thankfully, that's something Netflix has confirmed.

Everything so far has been working off the assumption that you play Black Mirror: Bandersnatch as intended, making choices at every step of the way. If you don't, however, the experience is subtly different. Not picking an option means that, once the timer has run out, Netflix selects the outcome for you. The story is the same, but the player's direct influence is gone.

Following this method through to the very of the game, this is the order of events:

In short, the game takes you automatically through all five endings - TV Show, Jail, Modern Day, Train and P.A.C.S. - in 39 steps. It's worth noting that at the very end of this track, there is a point that almost forces the player to interact: when calling Dr. Haynes after killing his father in the P.A.C.S. ending, Stefan won't insert the correct numbers (2-0-5-4-1) without outside input. However, this only leads to one short scene and doesn't alter the actual ending (which is a variation on the Jail ending).

This appears to be the standard across Netflix accounts, suggesting that rather than a free-wheeling playthrough it's the default, suggested order for Black Mirror: Bandersnatch. That would make sense given how the story is told; it introduces core ideas as early as possible - the game's bad review after first choosing "Accept" doesn't just introduce the fail-skip feature but establishes the learning timelines, while the order takes the "Follow Colin" choice as early as possible (thus opening up the idea of a broken world) - and completes various areas before moving to the others. This means that it is thus as close to the optimum way to play the game that exists.

As such, if you're looking for a best ending to Black Mirror: Bandersnatch, you'd be best following this route to get the most out of the game in a suitable timeframe. However, that would, of course, mean you're essentially following a pre-determined track in a game built on free-will - and that may be the entire point...

Page 2 of 2: Black Mirror: Bandersnatch's "Best" Ending Is A Trick

The underlying theme connecting all episodes of Black Mirror is the focus on how technology impacts our lives in subtle yet insurmountable ways. This can be the Twitter mob making the Prime Minister of the United Kingdom have relations with a pig on live TV, a cartoon character meming his way into being a politician, or love transplanted into a computer farm. Black Mirror: Bandersnatch brings this in spades, using the freedom given to the viewer to explore the impact it has on a no-longer-autonomous character and the very nature of free will. This is a story made for the form.

But the method of the form itself is the story. Just as season 4 finale "Black Museum" brought together ideas from across the show in microcosm (playing with the long-held fan theory of a Black Mirror shared universe), Bandersnatch's use of choice impacts the viewer. The agony over which cereal to eat at the start or the quick response to killing Stefan's father, everything that happens is about the reverse impact on the player and not the character. This is compounded by how each ending is incompatible with the others (Stefan can't be part of P.A.C.S. and a TV show); your choices rewrite the fabric of this reality.

And this is where the optimum story order comes in. If the "best" story for Black Mirror: Bandersnatch is the one that Netflix pre-programs, then there is limited freedom in the choices made in the game: you are best following what the streaming service suggests, just as Stefan is following your "commands". This is true no matter which way you play the game. It only ends when you've got every ending, when you've exhausted the narrative. The one true ending is exactly the same and inevitable. You can change small things along the way, but this is still a meticulously planned out experience. What Charlie Brooker has done is given viewers unprecedented freedom to tell a story where the long-term impact is already predetermined.

Black Mirror: Bandersnatch is ultimately about the illusion of free will, presented not just by the character in his story but in how you make choices when the end goal is unchangeable. That's the only real ending. And certainly the best way to get it is to give that sense of autonomy back to Netflix.

Next: What to Expect From Black Mirror Season 5