Here's How Much Time Has Really Passed In The Walking Dead 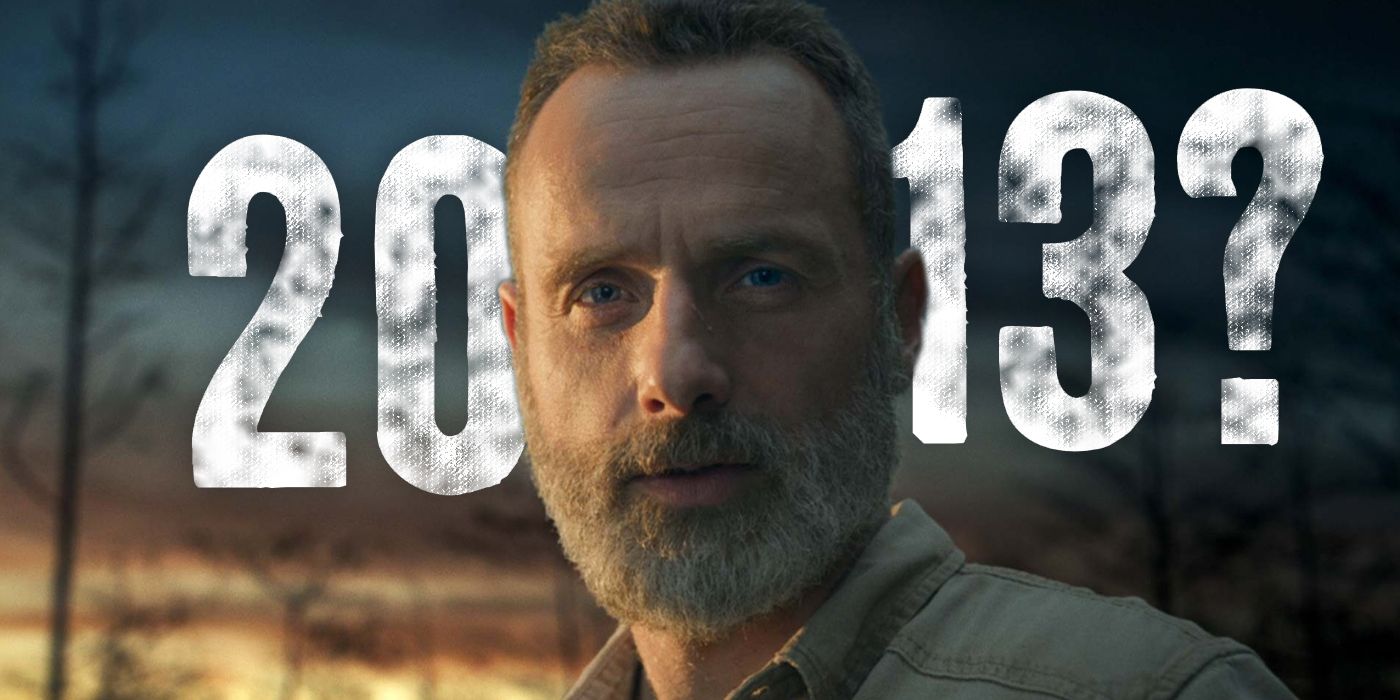 Here's how much time has approximately passed in The Walking Dead's fictional world from Rick first waking up alone in hospital to the beginning of season 9. The AMC zombie adaptation jumped massively ahead with its season 9 premiere to a time when Alexandria and its surrounding communities were thriving, with Rick Grimes and the gang well on their way to rebuilding civilization.

For any long-running franchise that depicts a fictional world over an extended period, keeping a consistent timeline without any plot holes is a difficult task. Continuities often need to be flexible, either to suit the plot or the cast, whose real-time aging may not fit their on-screen character. Even on the big screen, the mammoth Marvel Cinematic Universe has caused confusion over what film takes place when and how much time has passed between installments. The Walking Dead has similar problems and one oft-mentioned example of this is how Carl Grimes appears to age far quicker on The Walking Dead than he should.

Related: Who Died In The Walking Dead Season 9 Premiere?

The Walking Dead's timeline has been further muddied by the creation of spinoff series, Fear The Walking Dead. Initially, a straightforward prequel set in a different region of the United States, FTWD has not only caught up to its parent series but is crossing over, with Lennie James' Morgan switching shows. While most viewers recognize that TV series needs a certain level of creative freedom when it comes to timelines - try as they might, The Walking Dead's producers can't stop Chandler Riggs going through puberty - The Walking Dead's latest time skip does warrant another look at exactly how long Rick and co. have been plugging away at the undead. 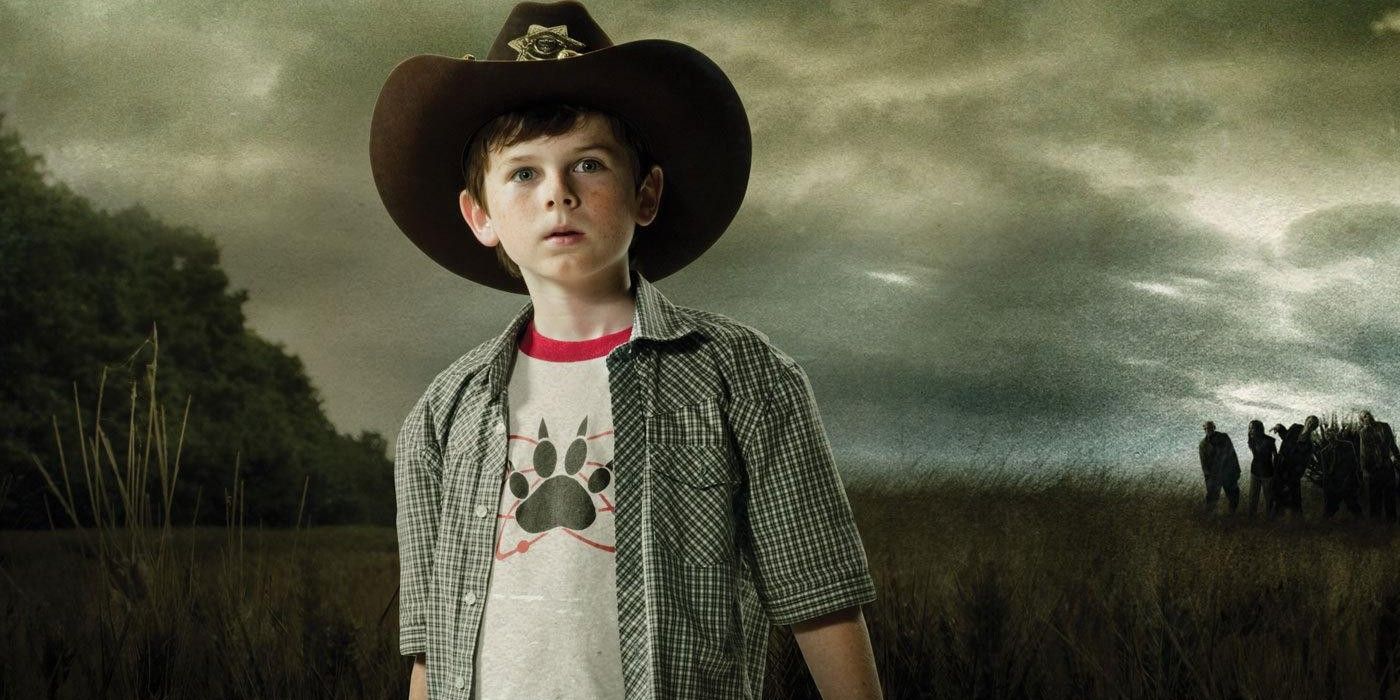 In determining The Walking Dead's fictional time span, perhaps the best place to start is with the details confirmed by the show's creators and other official sources. Prior to the season 9 premiere, AMC confirmed that the time jump between seasons 8 and 9 would be 18 months. As for the period between season 1 and the end of season 8, creator Robert Kirkman was directly asked how much time had passed on the show back in February of this year. Kirkman confirmed that while this is something the producers keep track of, they intentionally don't talk about it much in public. He did, however, also claim that the exact amount of time is somewhere under the five-year mark.

The sheer amount of events that have transpired on the show, the aging of younger characters such as Carl and the smaller time jumps that have occurred throughout the series all suggest that the true length of time would be at the tail end of Kirkman's proposed range. Added to the new time skip, this means that around five-to-six years could have passed between the moment Rick woke from his coma to him standing in a field watching birds with a completely different partner and child. 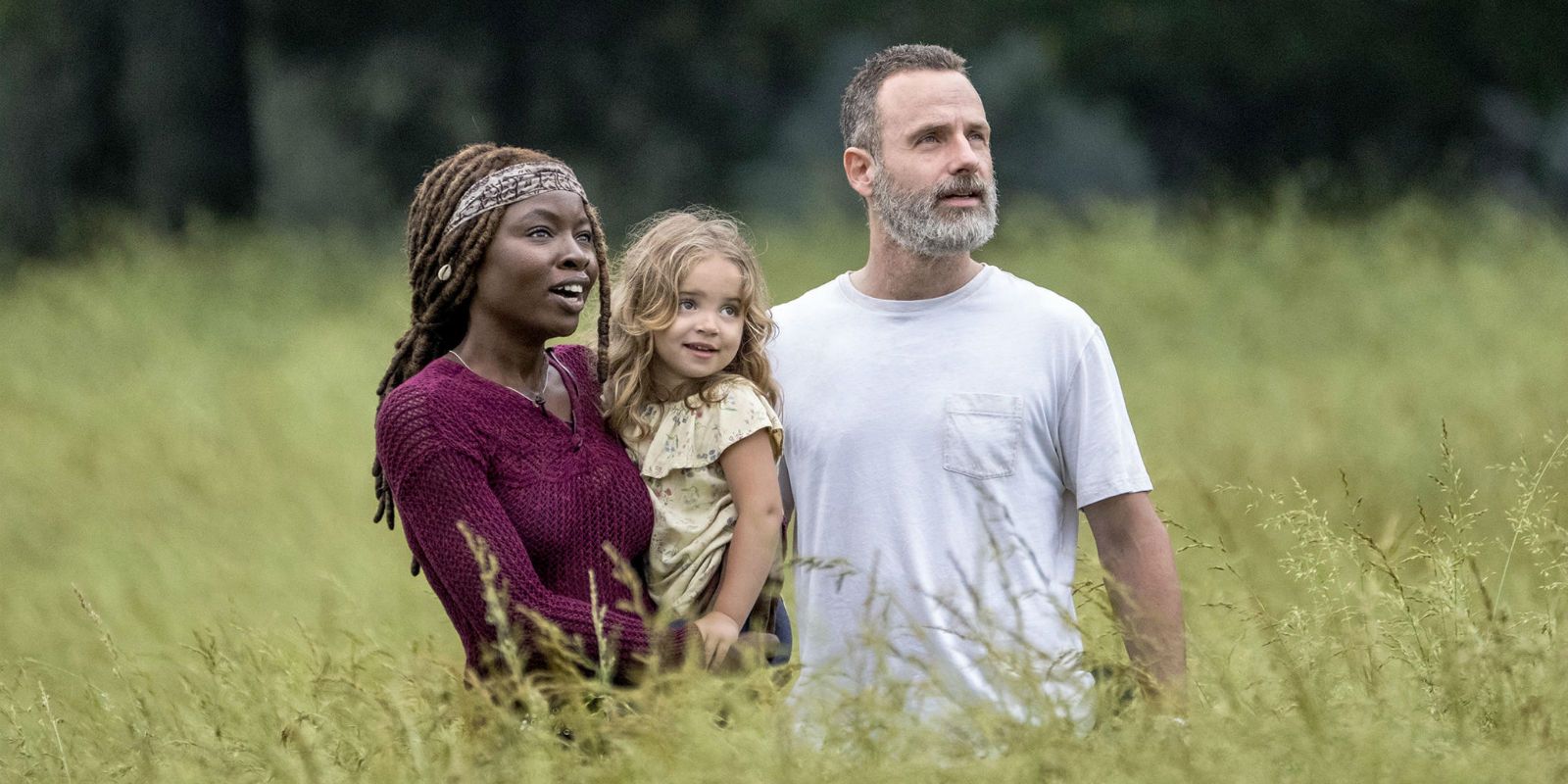 With official sources keeping things deliberately vague, is there a way that the five-to-six year range can be narrowed down a little more? The Walking Dead's Fandom page estimates that seasons 1 and 2 take place within a period of roughly one month based on various lines of dialogue from characters. Eight months then pass before season 3, with the show skipping winter entirely and Lori's pregnancy advancing. The season 3 material focuses on the prison and the Governor takes place over another month before the group spends a happy half-year within the safety of the prison.

By the time season 4 is finished and Rick has arrived at Terminus, the Fandom timeline has the total count at just under a year and a half, or 452 days. While the introduction of Alexandria muddles things somewhat, season 5 clocks in at just over a month, bringing the total day count to around to 500. The next two seasons span two-to-three months and then season 8 takes only a week to deal with the "All Out War" arc.

Including the latest time skip, this timeline has the final count hovering more around the three-to-four year mark. With the added help of Fear The Walking Dead placing the outbreak in 2010, that means the show currently takes place in 2013/2014. While this would make more sense in terms of the narrative, it's ridiculous to suggest that the Carl viewers see in season 8 is only a few years older than in season 1. In reality, Riggs aged 8 years, going from 10 to 18 over the course of his stint on the show.

If pinning down The Walking Dead to an exact timeline proves troublesome, there's a good reason for that. Robert Kirkman has admitted to having an intentionally loose approach to time in the comics, believing it to be an unimportant factor in telling a compelling story. Since the comics have the added luxury of not worrying about aging actors, it's likely this laid-back approach extends to the TV show, even if Kirkman does insist that people behind the scenes do know the correct time period.

Next: Maggie Was RIGHT In The Walking Dead Season 9 Premiere

The website PerfectAim no longer sells cheats for Destiny 2 after it says it received a cease and desist letter from ...
Read More