Eric Powell has announced that a new The Goon comic is coming out in 2019.

Powell’s publishing company, Albatross Funnybooks, will premiere the new series. It will feature the first original Goon story since the character appeared in the Theatre Bizarre Halloween one-shot from Dark Horse in 2015. The new comic will also celebrate the 20th anniversary of the series. Albatross Funnybooks also confirmed that there will be a national signing tour and limited edition tie-ins next year to coincide with the new series, including special tiki glasses.

Powell expanded on his excitement about bringing the series to his personal imprint in a press release.

“The fact that we feel confident bringing the full library of my flagship title over to Albatross going into our third year of expansion fills me with excitement and a new enthusiastic energy for what’s to come,” said Powell.

Powell also explained how Albatross Funnybooks is the right place to revive The Goon, and why now is the right time.

“I’m returning to the roots of the series with a heavy emphasis on the weird, twisted humor the book has been known for,” said Powell. “The world around us is dark enough right now. I want to make readers laugh and forget their troubles for a little bit.”

Powell also teased that some of the biggest creators in the industry will join him in creating new stories within The Goon universe. The last volume of The Goon, “Once Upon a Hard Time,” was released by Dark Horse in 2015.

The Goon, with script and artwork by Eric Powell, is scheduled to return in early 2019. 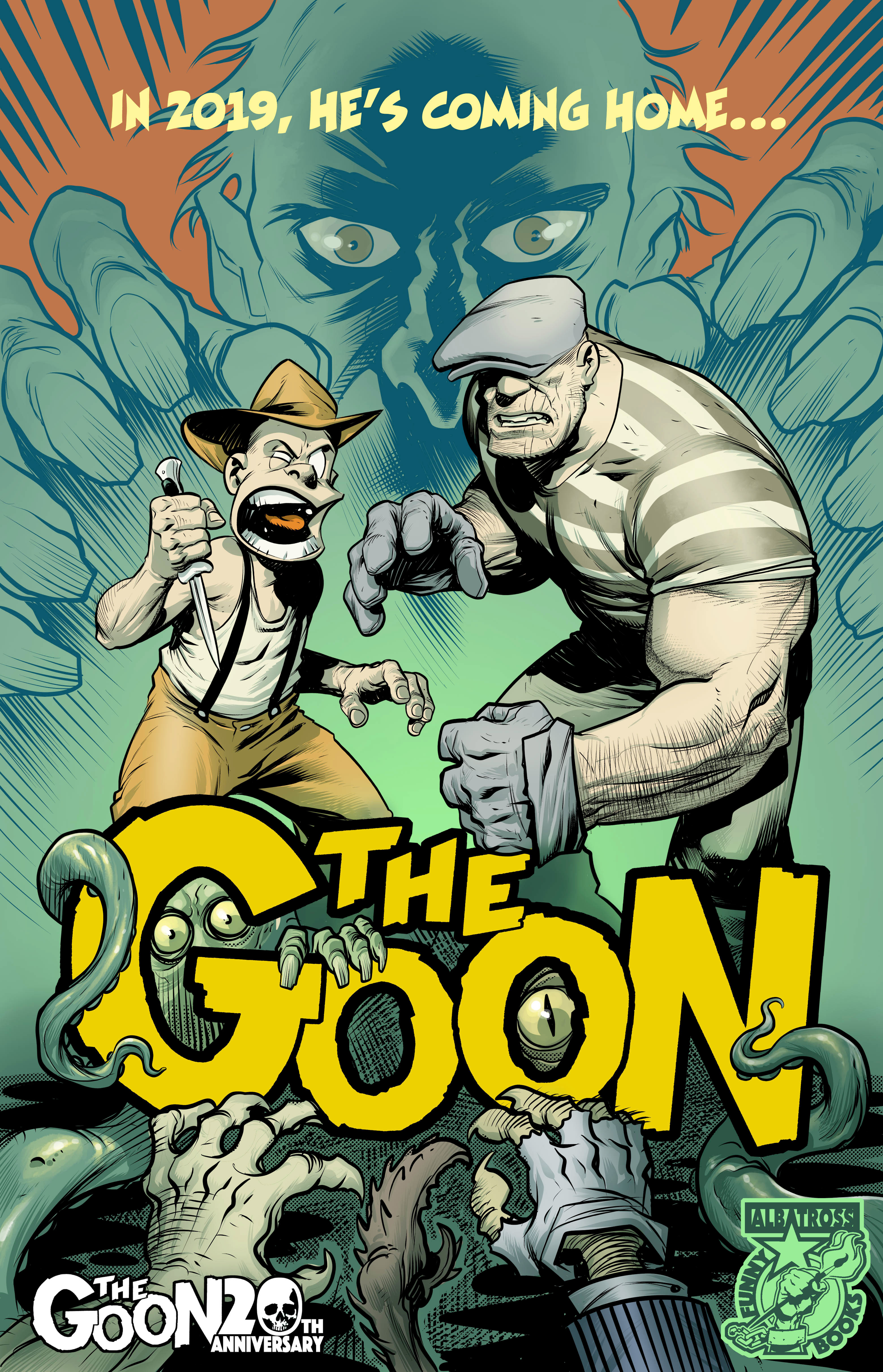 World Of Warcraft: Shadowlands Is Launching On November 23

It had already been a long wait for World of Warcraft’s latest expansion, the afterlife-themed Shadowlands, when its ...
Read More

Far Cry 6 and Rainbow Six Quarantine have both been delayed until sometime after April 1, 2021, Ubisoft announced tod...
Read More

TRICK OR BEAT: Top 10 ghoulish Webtoon to cozy up to for Halloween

There is no shortage of good stories on Webtoon these days. But aside from keeping up with hits like Lore Olympus and...
Read More
Back to News