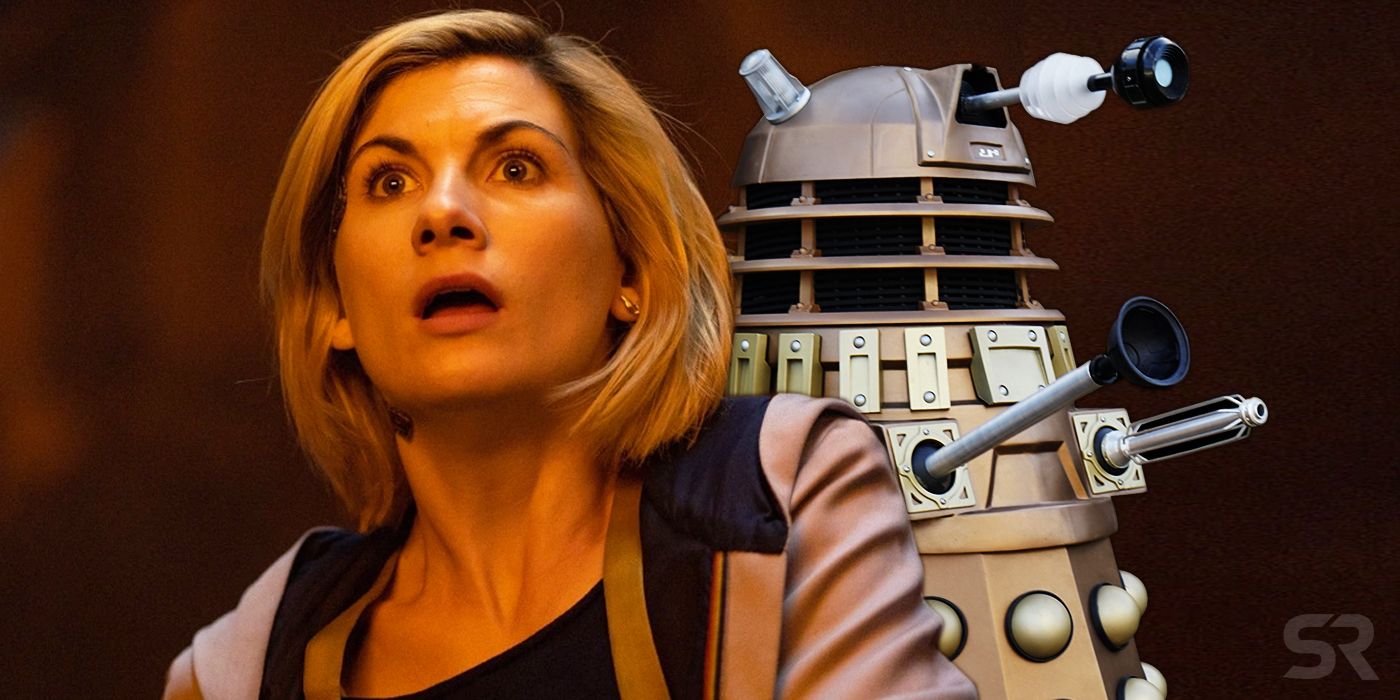 Doctor Who showrunner Chris Chibnall revealed that more classic monsters from series may appear in upcoming season 12. Following the season 11 finale earlier this month, the big reveal about the New Year's Day special "Resolution" was that the Daleks will somehow be involved. This goes against Chibnall's prior remarks about not bringing classic villains back into the fold. The lead writer's focus on new antagonists this past season resulted in substantial ratings boosts, as well as ongoing controversy among fans. The twelfth season of the show is set to be released in 2020.

The show's season 11 finale face-off went back to the appearance of its season premiere villains, the Stenza, which resulted in the death of Graham's wife and Ryan's grandmother Grace before the two of them went on to become the Doctor's new companions. Quintessential to Doctor Who's core philosophy, Jodie Whittaker's Doctor implored that revenge solves nothing, as David Tennant's did in "The Doctor's Daughter" and Matt Smith's did in "Cold Blood." Chibnall also decidedly modelled season 11 conflicts after social issues, such as corporate greed fostered by a megalomaniac played by Chris Noth in "Arachnids In The UK," and post-colonial violence resulting from the border divide between India and Pakistan in "Demons of Punjab." While some viewers have criticized the show for trying to be too politically correct, Chibnall has been unapologetic about his vision. He may now, however, be looking to expand it deeper into the roots of the series.

Related: What To Expect From Doctor Who Season 12

Chibnall appeared at the premiere screening of "Resolution," where he dropped several hints about what adventures Whittaker and the TARDIS will take fans to next. He responded to one fan's apparent desire to see more classic bad guys on top of the Daleks, such as Cybermen, Weeping Angels, and Zygons (via Radio Times): “Well, maybe we’ll do some [classic monsters], then. I’ll have a think.”

Fans also had questions about Yaz's role in the new season. Graham and Ryan's slow bonding over the death of Grace was a big part of season 11, which sometimes skewed Yaz to the background and slowed her development. Chibnall replied to a question about involving the character's career in police work in the future:

The season 11 strategy was to inject new life into the series by making the journeys themselves different. Plenty of nods to prior seasons were included, such as Smith's fez, but ultimately the writers prioritized getting away from the tired formulas that may have led to audience decline during the Steven Moffat era. However, the classic villains have rich histories of being part of the bigger plotlines that have worked them into episodes without overpowering them. Wherever they appear, the unforgiving authoritarianism of the Daleks epitomize the Doctor's choice to help others rather than rule over them. The Cybermen were a symbol for the follies of greed and over-reliance on technology long before "Arachnids In The UK" aired. While season 12 is well underway already, it's comforting to know that the creative forces behind Doctor Who  are taking fan feedback seriously.

Read about how MAPPA's animators continue its founder's legacy with high-quality titles like Listeners, In This Corne...
Read More

Anthony Trujillo is an artist at Blizzard, where he’s worked on stuff like World of Warcraft.Read more...
Read More
Back to News