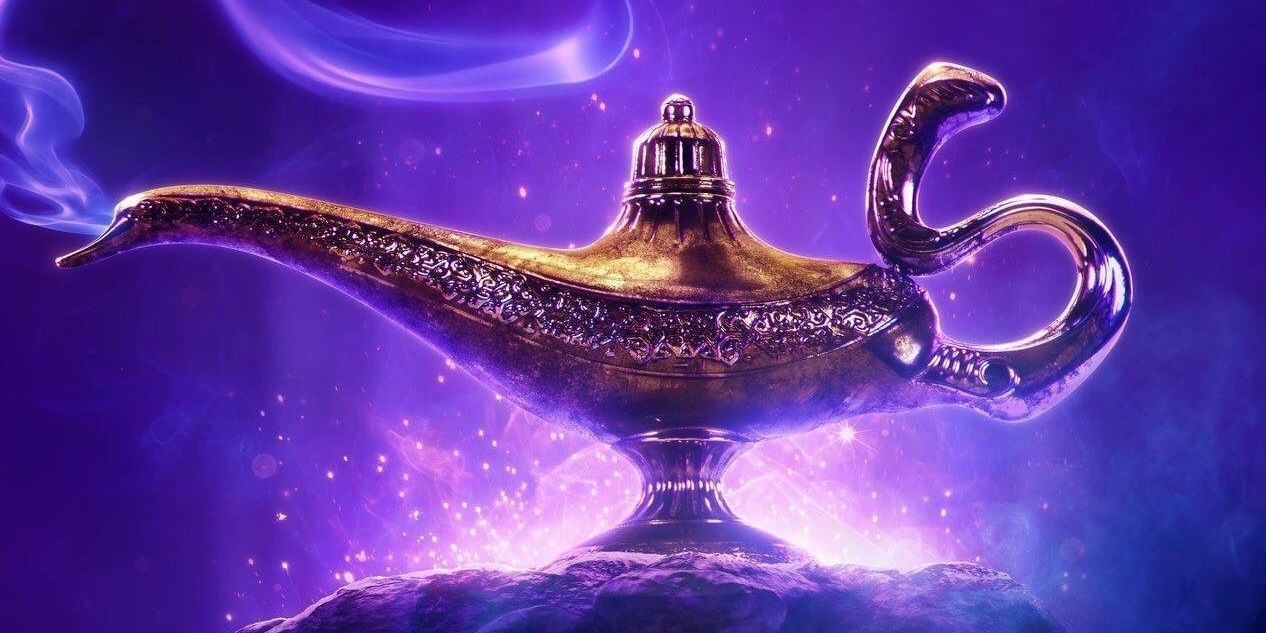 Disney's live-action Aladdin movie debuts the first teaser poster, with Will Smith - will star as Genie - teasing his role in the upcoming film. Walt Disney Studios has had a great deal of success in recent years by taking films from their animated classics collection and adapting them as new, live-action productions. Cinderella, Beauty and the Beast and The Jungle Book have all enthralled moviegoers young and old - in addition to becoming massive hits at the box office. As such, it comes as little surprise that the Mouse House is giving the same treatment to some of their other titles - including Aladdin as directed by Guy Ritchie.

Following the titular street rat, Disney's animated Aladdin tells the story of a young man manipulated by the Sultan's wicked Vizier Jafar. Then, Aladdin stumbles upon a genie lamp that has the power to give him everything he's ever wished for. But, when the genie's power falls into the wrong hands, it'll be up to Aladdin to save the day. Disney's live-action retelling of Aladdin stars Mena Massoud as the eponymous character, Naomi Scott as Princess Jasmine and Will Smith as Genie.

Related: All The Live-Action Disney Remakes In Development

Now, Smith himself has unveiled the movie's first teaser poster on Instagram. It features the Genie's lamp with the tagline, "Choose wisely," and the film's release window of May 2019. On Instagram, Smith said of the poster and film: "LEMME OUT!! Can’t wait for y’all to see Me BLUE!" Disney also posted the one-sheet to Twitter, confirming a "first look" at Aladdin will arrive tomorrow - but it's unclear whether that first look will be a trailer or image. Check out the first Aladdin poster below. 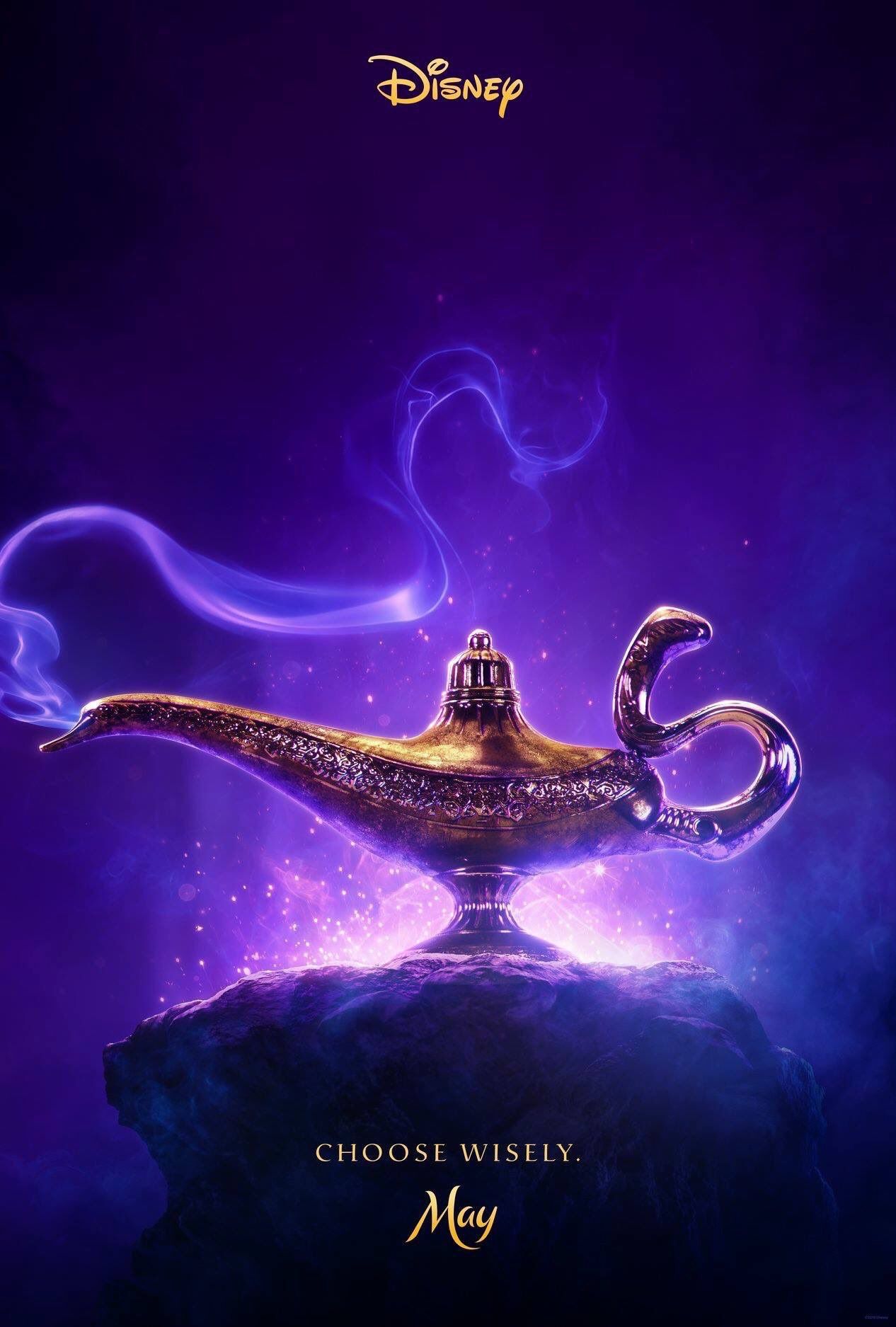 Aladdin is one of the more highly anticipated live-action Disney retellings considering how beloved the original animated movie is to many fans. The animated feature premiered in 1992, at the height of the Disney Renaissance and alongside favorites like Beauty and the Beast and The Lion King (the latter of which will receive its own live-action/CGI hybrid retelling from The Jungle Book director Jon Favreau). Coupled with the racist aspects of Aladdin - which led many fans to worry about Disney whitewashing the story of Aladdin - this particular Disney retelling will be heavily scrutinized by moviegoers.

For now, it remains to be seen if Aladdin will be able to live up to the original animated movie and update the story for a modern audience, one that's much more cognizant of media respectfully representing the people they portray. Certainly, we can discern very little from this Aladdin teaser poster, since it doesn't even offer a first look at any of the characters. But that's to be expected for a teaser poster, which merely kicks off the promotion of a movie and gets potential fans talking. Once photos of the cast in costume and the first Aladdin trailer are released, we'll have a better idea of what to expect from this particular live-action Disney retelling of one of its animated classics.

Next: Aladdin's Whitewashing Could Seriously Damage Its Box Office Potential

Hello! It’s time for Kotaku’s Sunday Comics, your weekly roundup of the best webcomics. The images enlarge if you cli...
Read More
Back to News