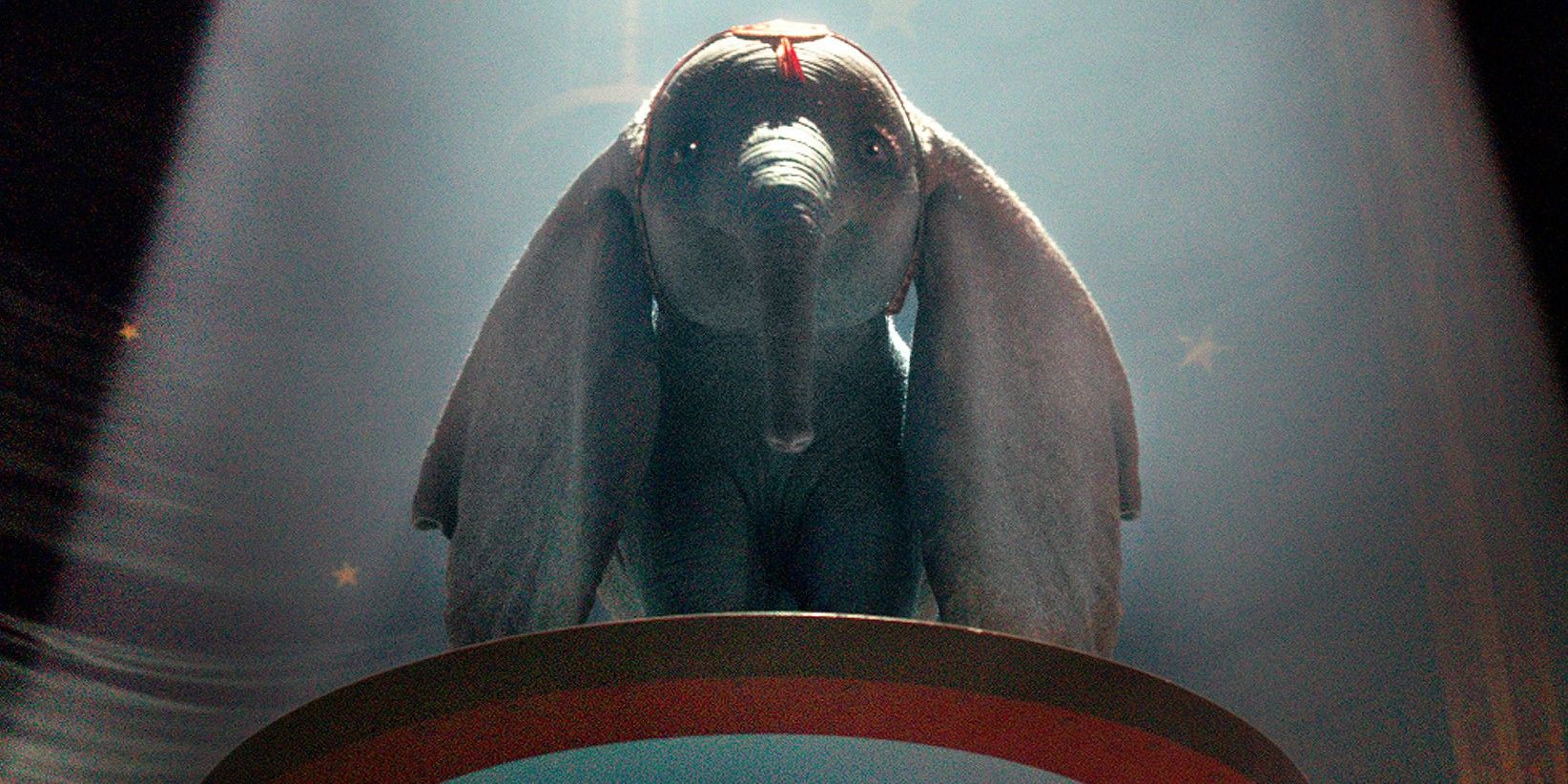 Disney rings in the new year with a pair of TV spots for Dumbo, its first major in-studio release of 2019. The live-action remake of the Mouse House's 1941 animated classic reunites the studio with director Tim Burton, who previously called the shots on their live-action Alice in Wonderland movie. More recently, the filmmaker reunited with Disney on the 2012 stop-motion animated feature Frankenweenie, based on his original 1984 short.

Written by Ehren Kruger (Transformers: Age of Extinction), the Dumbo remake stars Colin Farrell as Holt Farrier, a war veteran and former circus performer who is hired to care for a baby elephant by his old boss, Max Medici (Danny DeVito). However, when Holt's children discover that the young elephant can fly thanks to his enormous ears, he soon becomes the star attraction of Max's show.

Related: Dumbo (2019): 10 Facts About The Cast Bringing The Disney Classic To Life

Having already released both a teaser and full-length theatrical trailer for Dumbo, Disney is now focusing on its television marketing for Burton's film. The studio has released a pair of TV spots in conjunction with New Year's Eve, each of which include the tagline "Don't just fly, soar into 2019". Fittingly, both promos include footage of Dumbo taking flight in the actual movie, as you can see below.

The first TV spot is only 15 seconds long and culminates with Dumbo soaring around and out of a giant circus tent, much to the onlookers' surprise and amazement. The second promo is a proper 30 seconds spot and features voiceover from Michael Keaton as V.A. Vandevere, an entrepreneur who wants to make Dumbo part of his new entertainment venue, Dreamland. It might not be obvious from the TV spot, but Vandevere is actually the film's villain and seeks to exploit Dumbo for his own self-serving (check that, $elf-$erving) purposes.

Dumbo is the first of three live-action remakes of Disney animated films arriving in 2019, along with Aladdin and The Lion King. Of the three, Burton's movie has attracted the least amount of controversy over its changes to its animated predecessor so far. In fact, the Dumbo remake has already been applauded for ditching the most heavily criticized element of the animated film - namely, the talking crows inspired by racist stereotypes of black people - by simply not including any talking animals at all.

On the other hand, most of Burton's films over the last ten years have earned a lukewarm critical response - at best - and the director's box office returns have increasingly diminished during that time. Alice in Wonderland was the exception to that rule in terms of financial performance (though not critical reception), so it'll be interesting to see how Dumbo goes over by comparison.

Destiny 2's Current Season Is Hurtling Toward A Confusing End

Pyramid ships. Planet eaters. A new alien race. Bungie is teasing a ton of upcoming stuff in Destiny at the moment, b...
Read More

Photo via @sparklyfawn A 19-year-old animator/illustrator is helping change how we view art and race with the #Drawin...
Read More
Back to News