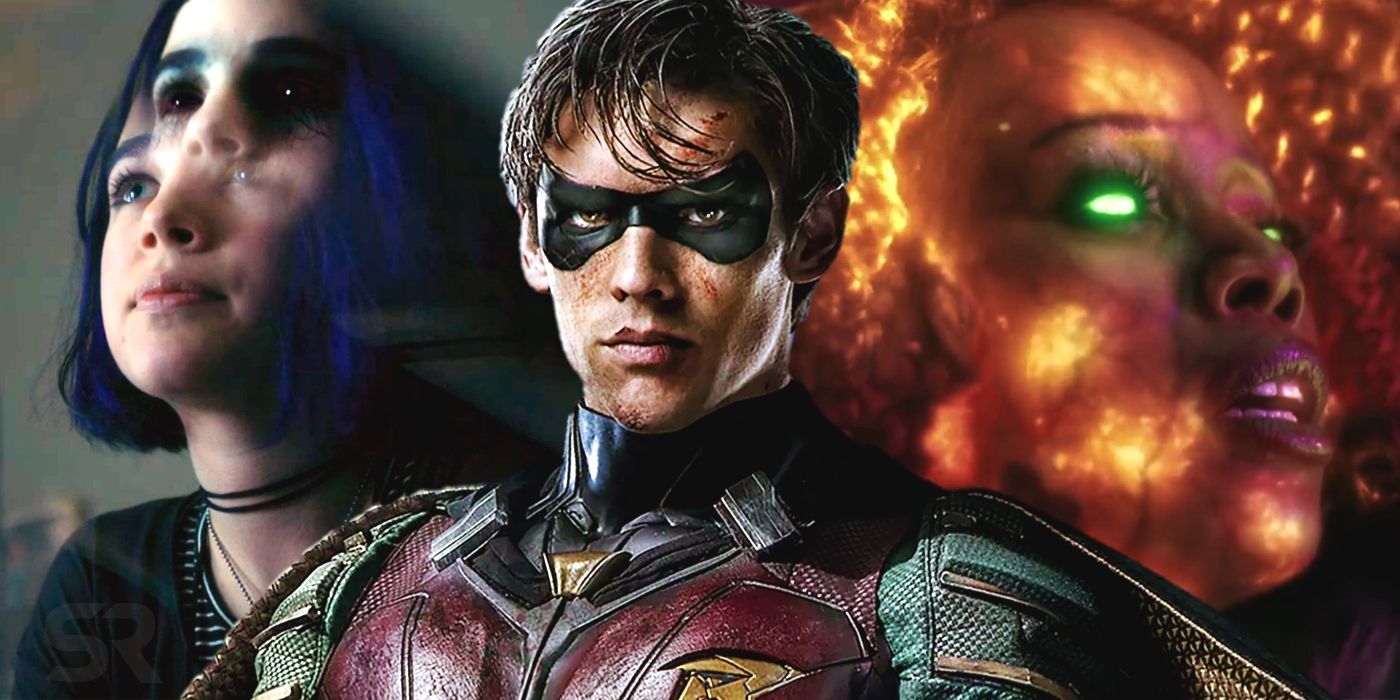 The first episode of the new Titans series is available for streaming now on the DC Unlimited app; but just what questions did it leave unanswered? The purpose of a pilot is always to introduce the key players, to set up the themes and to raise a few mysteries that will be solved as the series continues. In the case of Titans, the series does a credible job, although we don't exactly get to spend much time with Beast Boy.

Given this is a pilot, then, it's no surprise that there are a whole host of unanswered questions. Sometimes those are innocuous ones; it's hard not to wonder just what Robin keeps in his utility belt, for example. Others are massively important, though, and clearly crucial to the plot of the entire series.

Related: When Does Titans Release on Netflix (Outside The US)?

Here, we're going to take you through our top questions. Hopefully (almost) all will be resolved in later episodes, although it wouldn't be a surprise to see a few of them saved for the already-confirmed Titans season 2. Let's take a look! 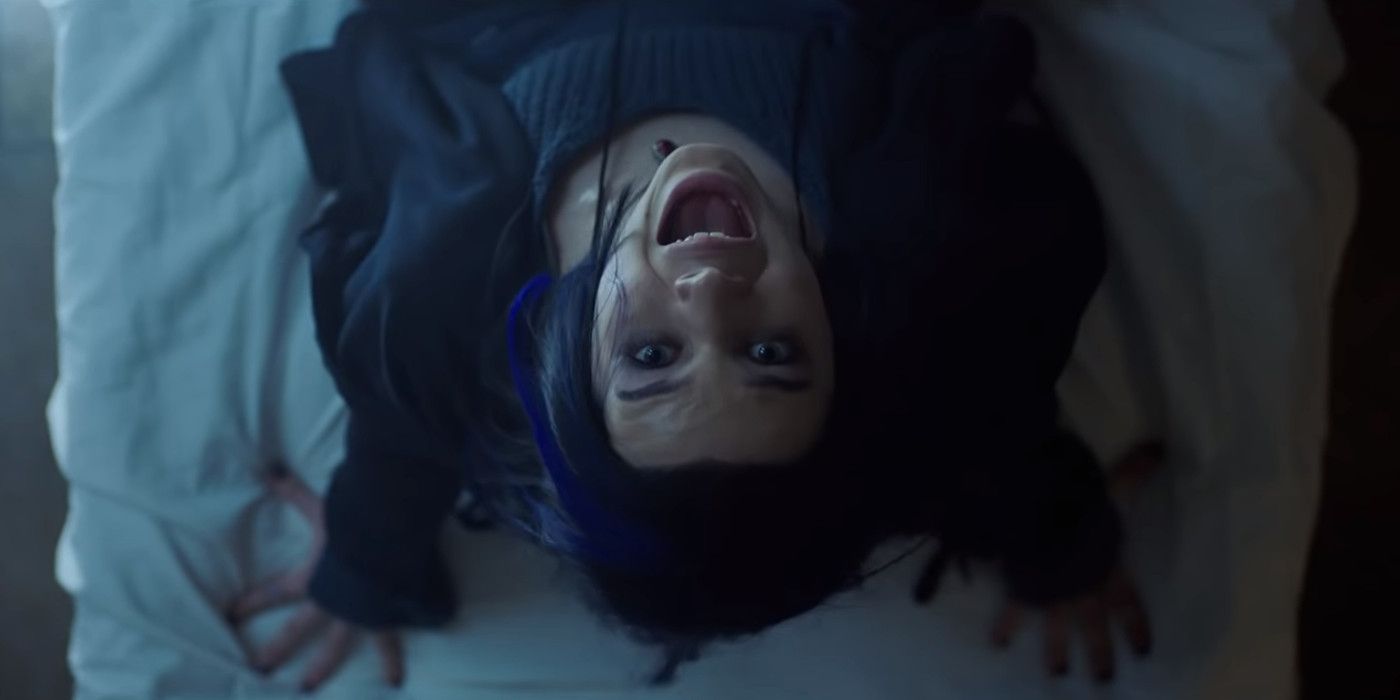 It's pretty clear that the entire first season revolves around Raven. In the comics, Raven is the daughter of Trigon, a powerful demon who seeks to conquer the Earth. It looks as though Titans is keeping that part of Raven's backstory, but tweaking it a little. The first episode teases that Raven's soul-self is a demon in its own right, and that Raven could serve as a "doorway" that would allow her father to attack Earth. But it's important not to take those claims at face value; after all, they're made by a man who believes he has no choice but to kill Raven in order to save the world.

It seems likely the overarching plot of Titans season 1 will see the Titans discover Raven's monstrous heritage. However, she's a hero in her own right, so we can safely assume she doesn't like the idea of bringing Hell to Earth. Trigon may not have realized that his daughter has a mind of her own. 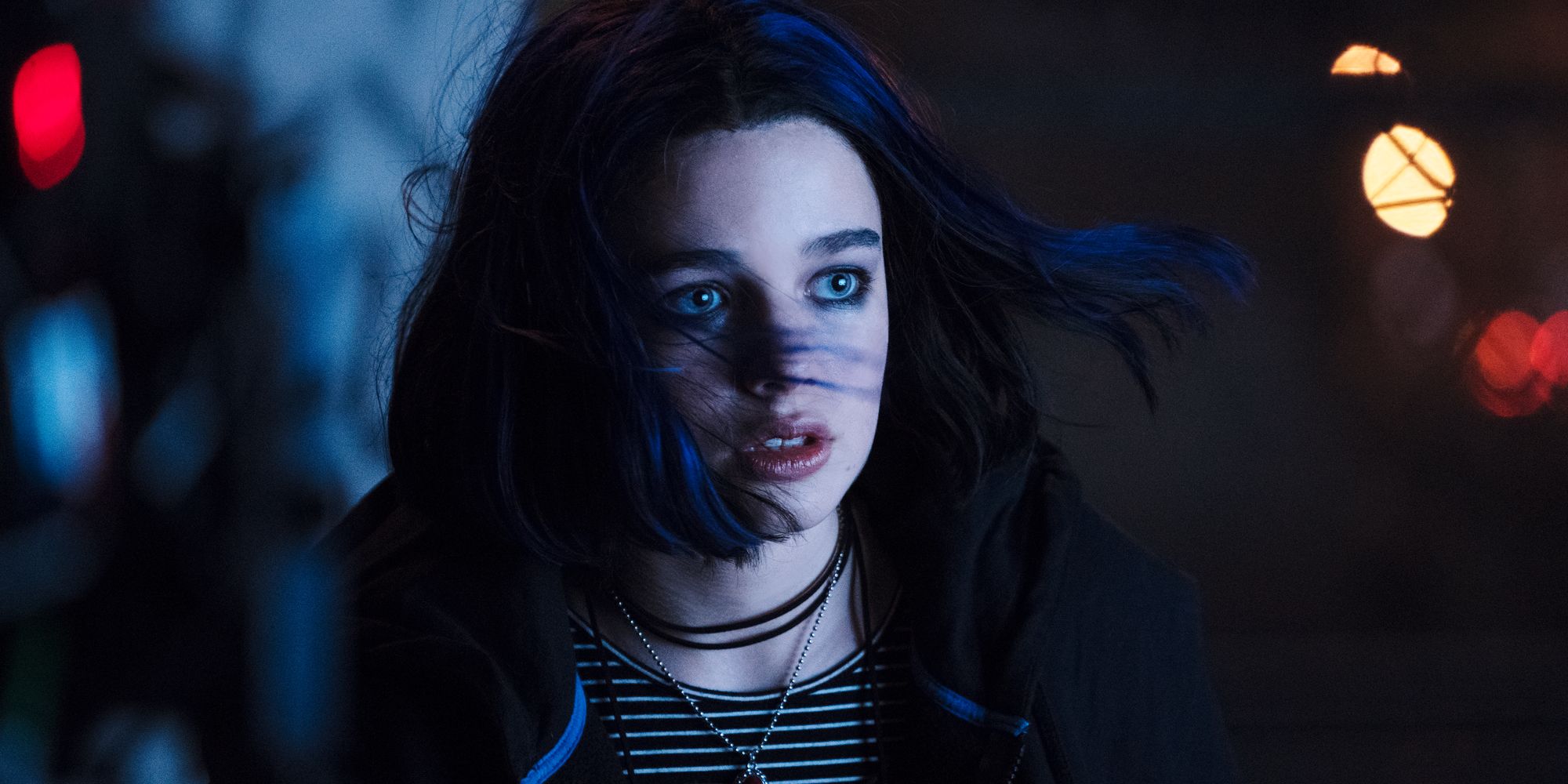 That leads us inevitably to the second question: just who are these mysterious organizations who are pursuing Raven? It looks as though there are two forces attempting to get to her, both with a very different goal. On the one hand, you have people who've sided with Trigon, who are presumably attempting to open the "doorway." On the other, there's a group that knows who she is and want to kill her and seal that doorway shut. It looks as though they believe that can only be accomplished through a twisted ritual murder, extracting her heart and burning it next to two others.

Related: DC's Titans Has The Perfect Response To Deadpool 2's 'So Dark' Dig

3) Who Is Trying to Protect Her? 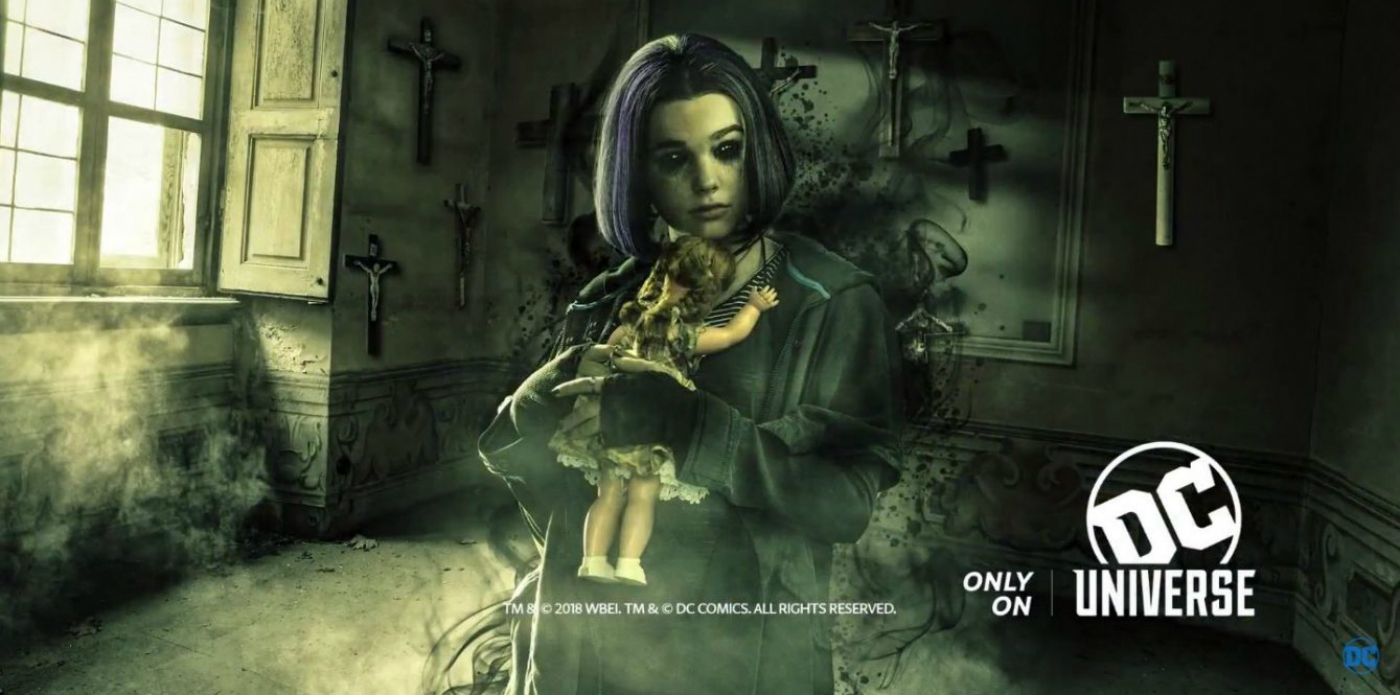 Then we have Raven's mother. It's unclear whether she's alone, or working as part of a group who are dedicated to keeping Raven safe. She seems to believe that it's possible to restrain the demon inside Raven, although her methods - which focus on reciting the Lord's Prayer and putting religious iconography around the house - don't seem to have been particularly successful. But was Raven's mother the only one who knew of the threat and yet chose to protect the girl and try to restrain the demon? If not, the Titans may well find they have allies. 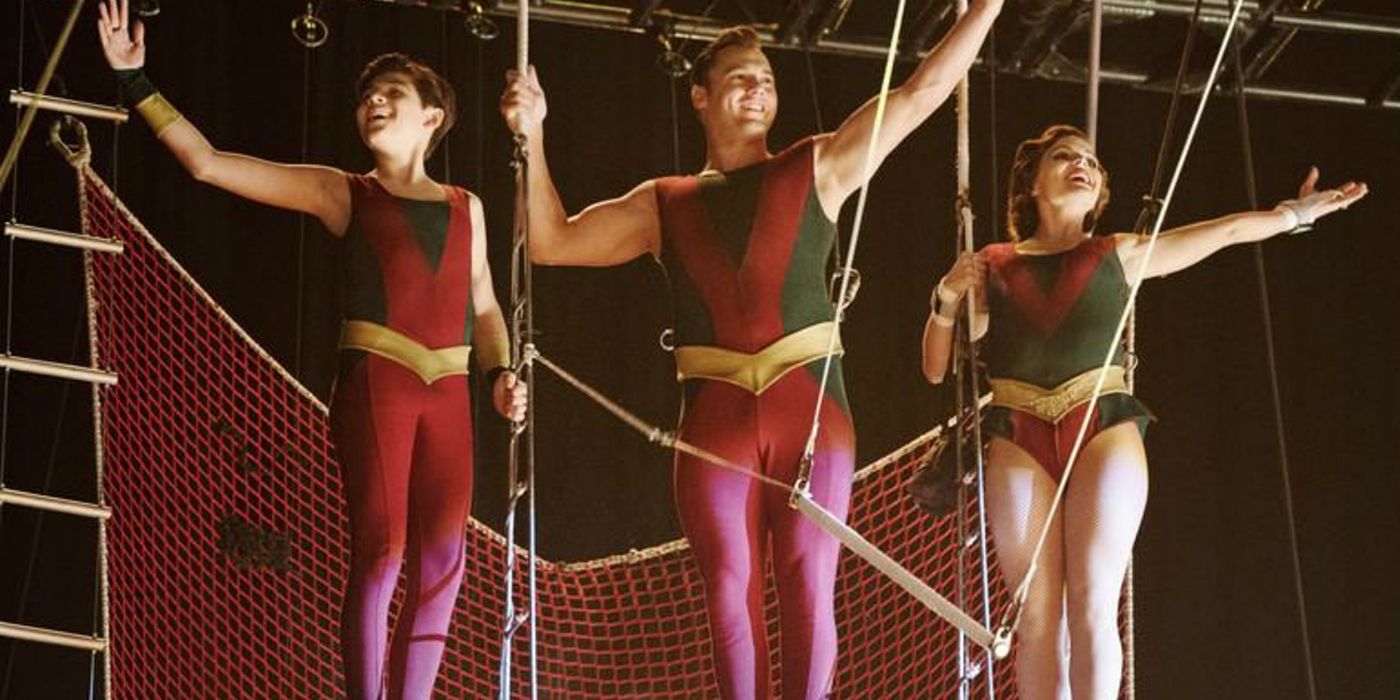 The Titans pilot opens with Raven entering Robin's dreams, and seeing his darkest memory - the moment his parents died. At first Raven relaxes and enjoys the beauty of the acrobat show, and then she screams in horror as the show goes wrong when a rope snaps. But was that an accident, or were Dick Grayson's parents murdered? In the comics, they were killed by a Mafia boss named Tony Zucco. It's not hard to imagine a sub-plot in which Dick learned his parents' deaths had been orchestrated by a villain, and he went off seeking revenge. That kind of plot could even be held back for a second (or third?) season.

5) Just What Does Robin Keep In His Utility Belt? 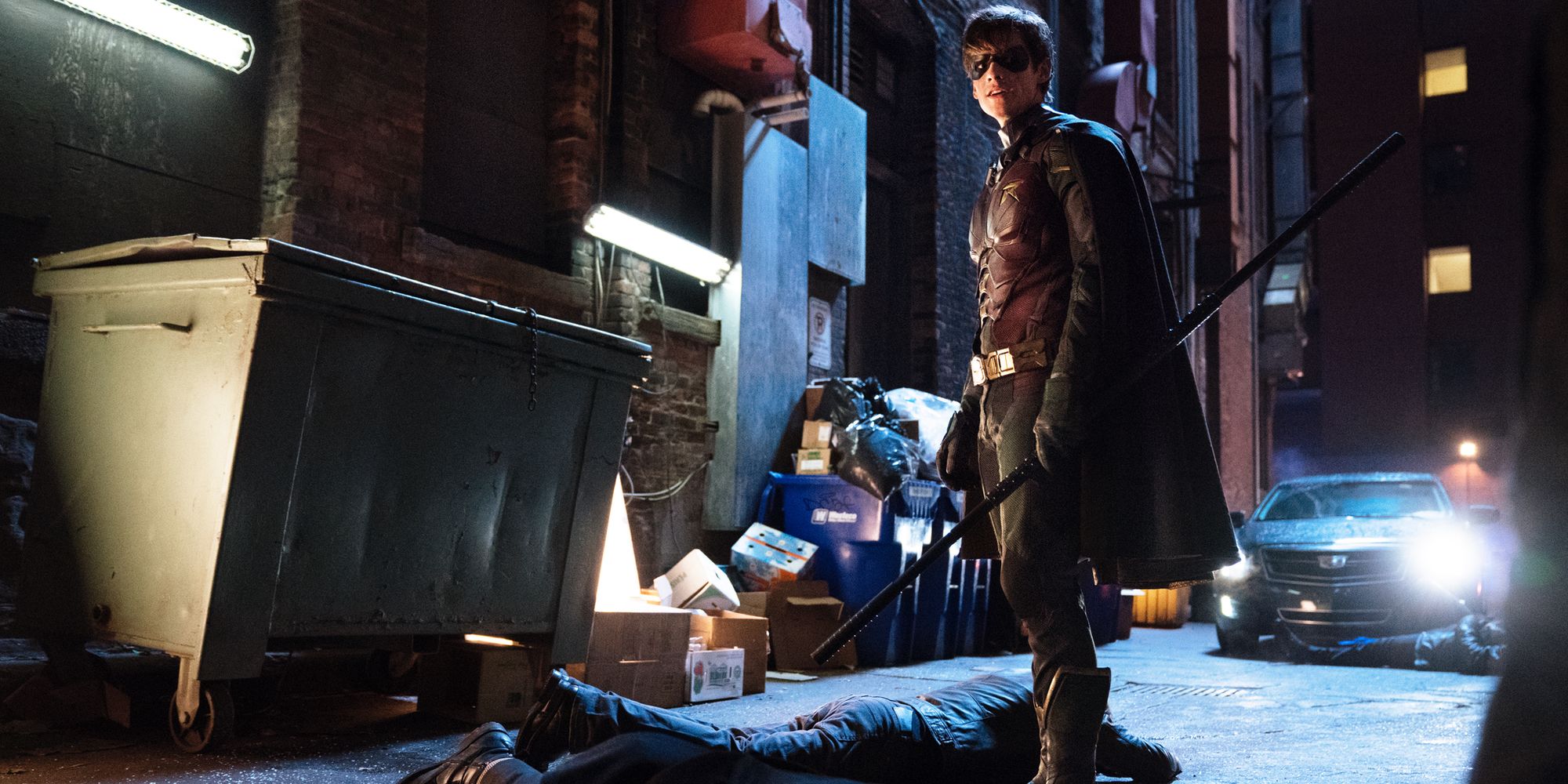 Batman is famous for his utility belt, and it's interesting to see how much focus Titans places upon Robin's version. So just what's in it? It seems there are Robin's equivalent of the Batarangs, distinctive R-shaped weapons that he can toss at his enemies with unerring accuracy; and there are definitely smoke pellets too. What else will Robin pull out of his utility belt over the course of the season? Hopefully not some "Robin-shark-repellent."

6) Why Did Dick Grayson Stop Being Robin For A Year? 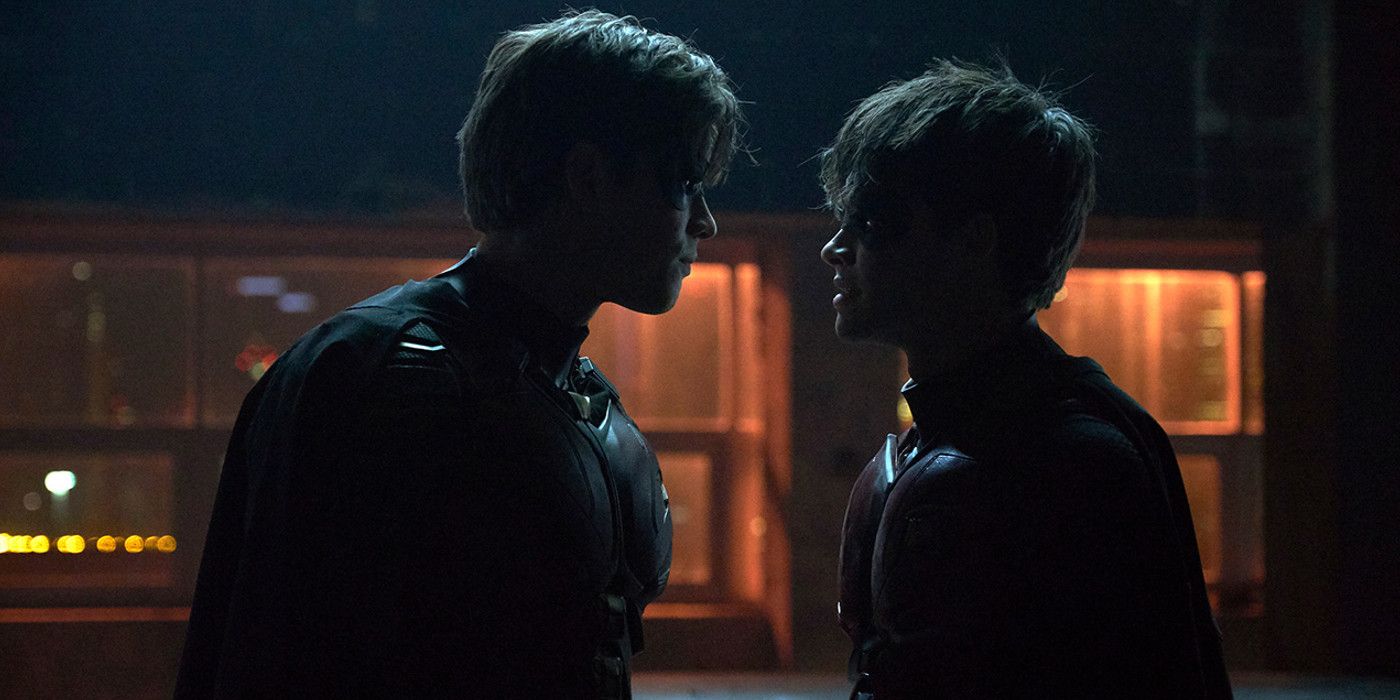 The pilot teases a growing philosophical divide between Batman and Robin, although at this stage it's unclear what inspired it. In one powerful scene, Dick told his new partner about the Dark Knight, albeit in very circumspect terms. He implied that he used to revere the Batman, but has come to question his methods. Curiously, that seems to have caused Dick Grayson to hang up his tights for a whole year. It's apparently only when he heads to Detroit that he pops the trunk and suits up. Why did Dick stop being a vigilante for so long?

Page 2 of 2: Just What's Going On With Starfire? 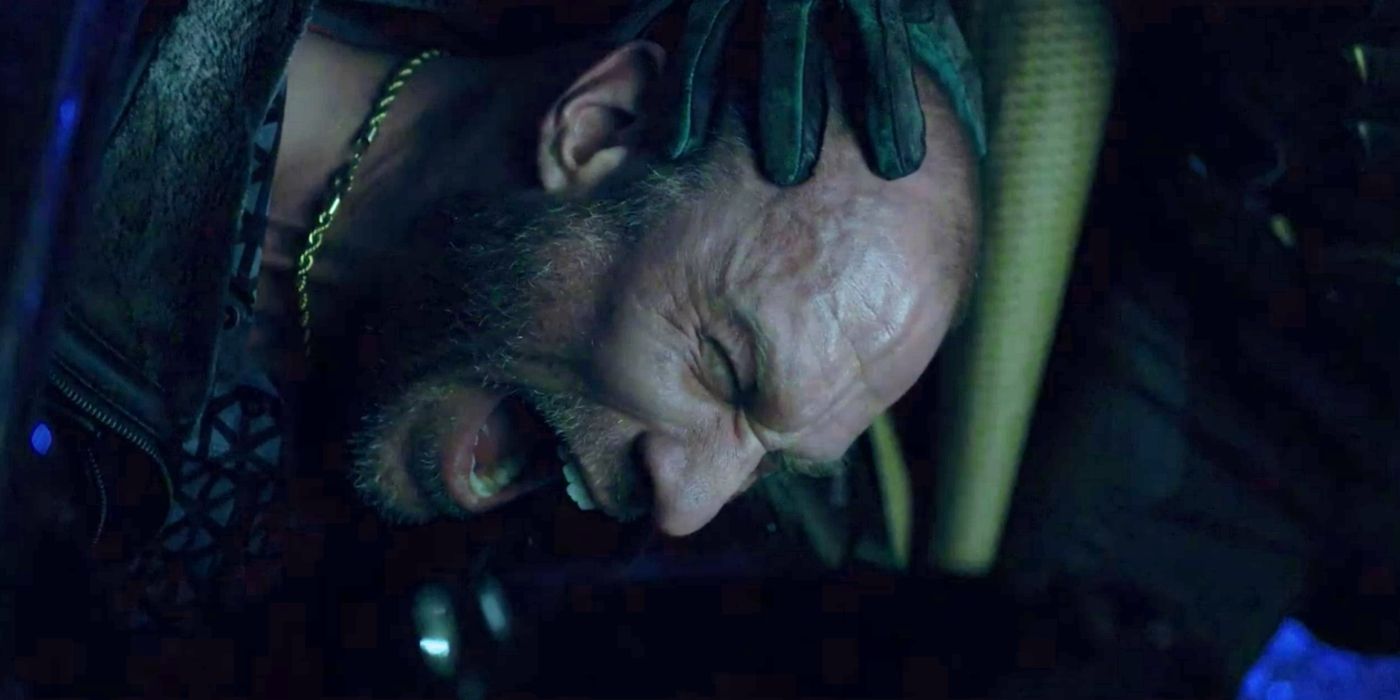 7) Is Robin's Level of Violence the Norm for Titans?

Gothamite vigilantes aren't welcome in Detroit; in fact, in one scene the Mayor of Detroit refers to Robin as "a dangerous psychopath." Given the level of extreme violence Robin used to take down the drug dealers, it's not hard to see why the police are uncomfortable with him. In one particularly wince-worthy scene, Robin literally dragged a man's face across a wall. This level of violence is very different from anything we've ever seen in any incarnation of the Teen Titans comics; is this going to be the norm for the TV show? 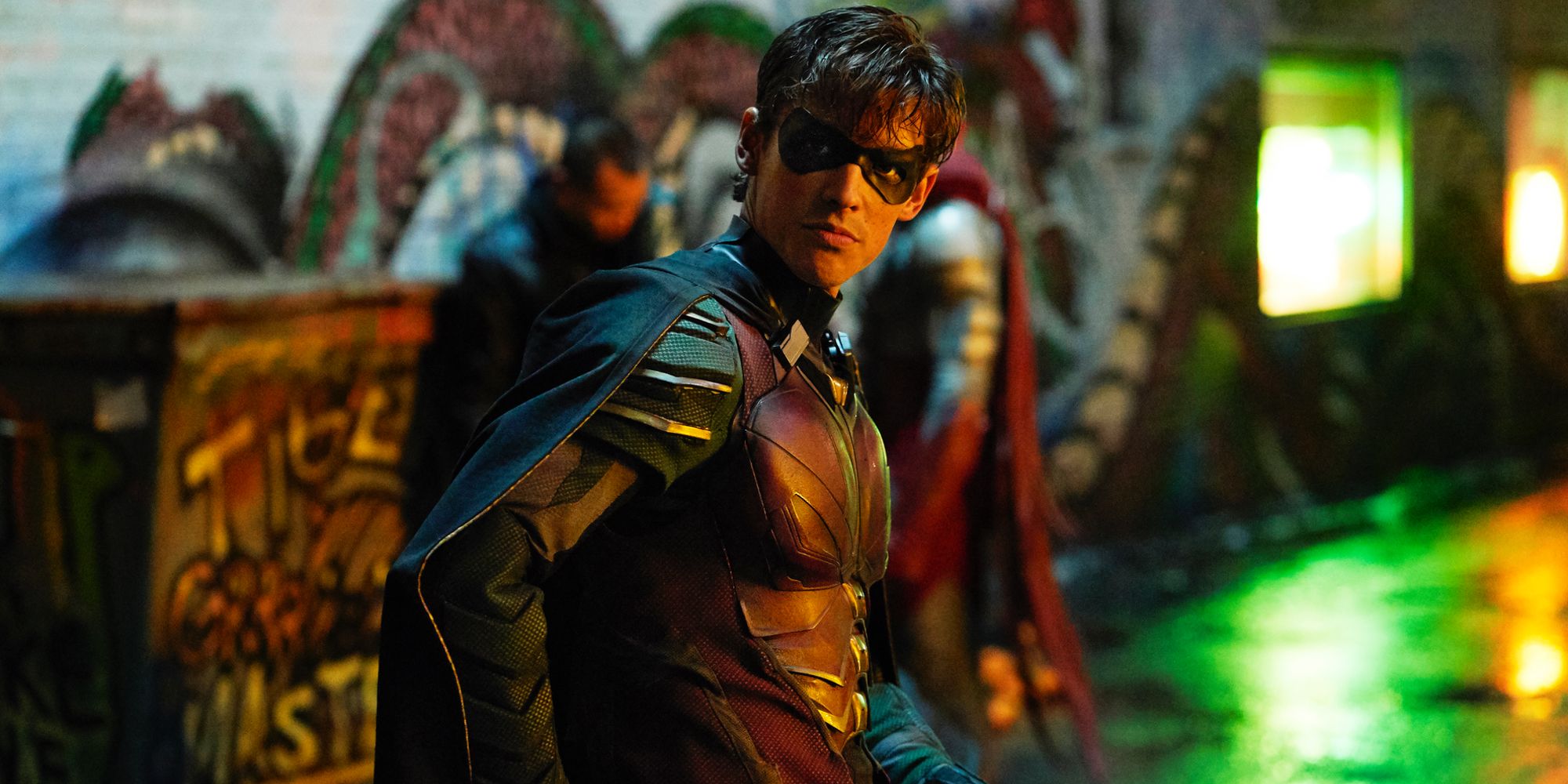 Detroit PD don't seem too bright. They get a new recruit from Gotham, and on his second day they learn a Gotham vigilante has arrived in the city as well. While you wouldn't necessarily expect the police to immediately deduce Robin's secret identity, you'd at least expect them to ask their latest Gotham recruit if he's ever crossed paths with Batman and Robin before. That doesn't seem to occur to them, even though Grayson draws attention to himself by making a (bad) joke.

9) Is Batman Always Going To Be Just Out Of Sight in Titans? 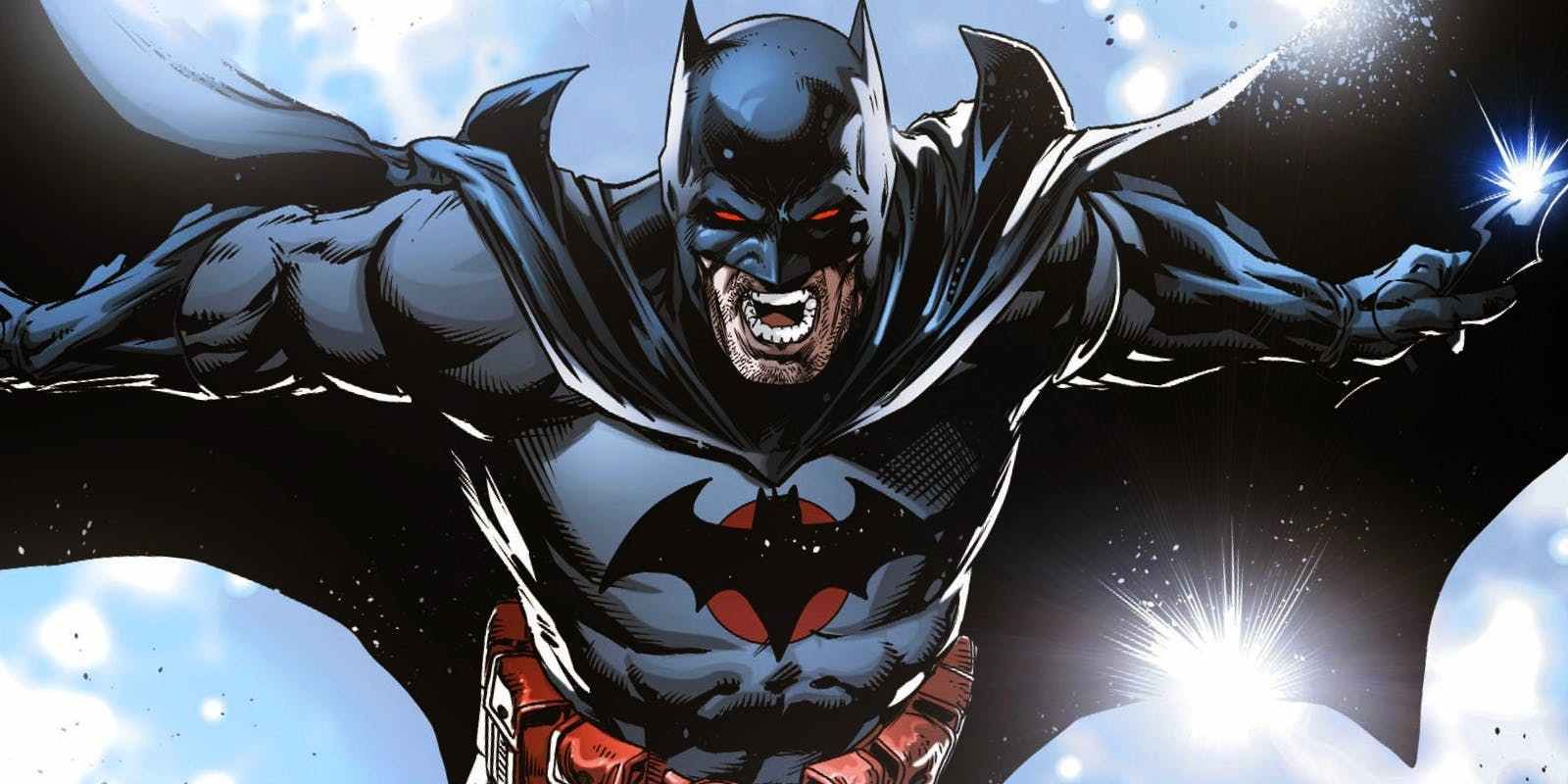 How can we have a TV series starring Robin, without occasionally showing Batman? The pilot suggests that Titans will have a pretty clunky way of dealing with the issue; in one scene, we see Robin think about being alone and remembering a hand being placed upon his shoulder. It's pretty clear that this flashback was to his first meeting with Bruce Wayne. Is this going to be how Titans deals with Batman - by always having him be just slightly out of sight?

10) Just What Is Starfire's Origin In Titans? 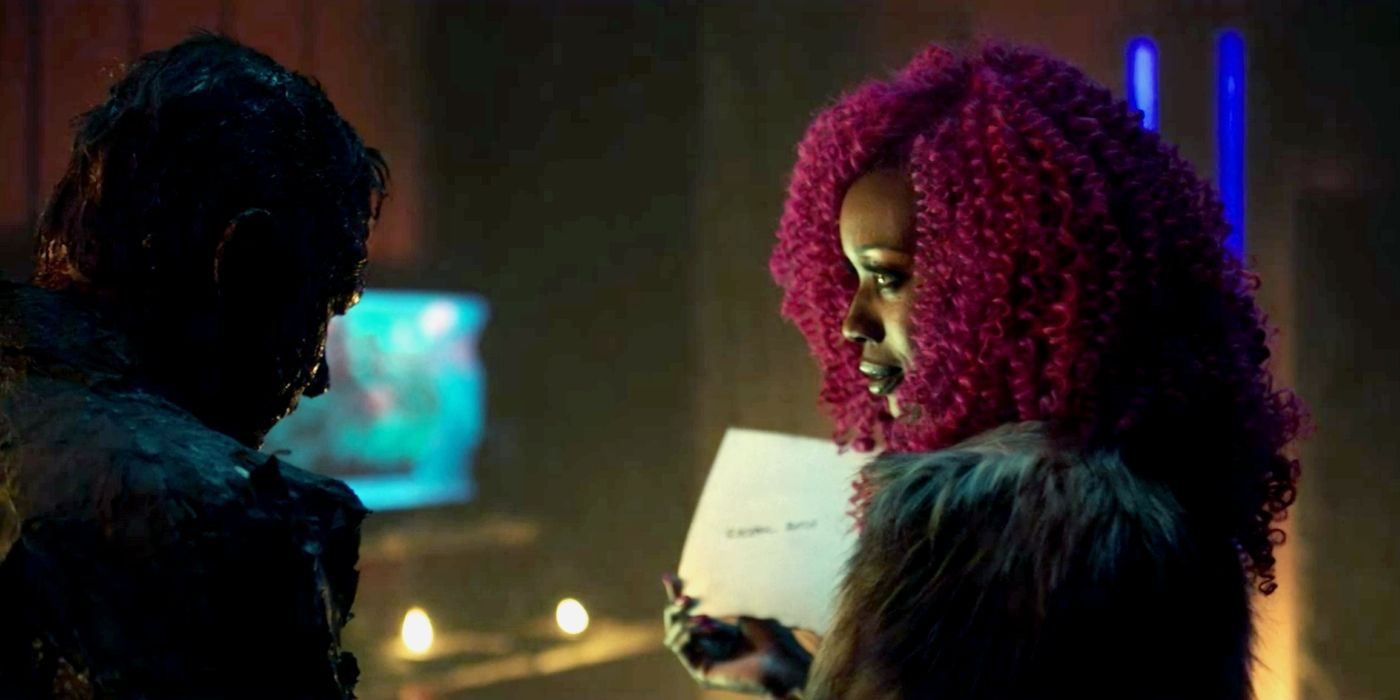 Starfire's sub-plot is a strange one, clearly connected to Raven and yet tangential enough to be pretty confusing. The pilot does its best to retain a level of mystery about the character, with some plot-induced amnesia ensuring Starfire knows even less about her own backstory than an average viewer would. It's not entirely clear why Titans sees the need to take this approach, given the majority of DC Universe subscribers are probably already familiar with her. Titans appears to be a little darker than the traditional Teen Titans comics, possibly a tad more "grounded." That could mean Starfire's origin has been rewritten a little, but it's too soon to say.

11) Why Is Starfire Looking For Raven? 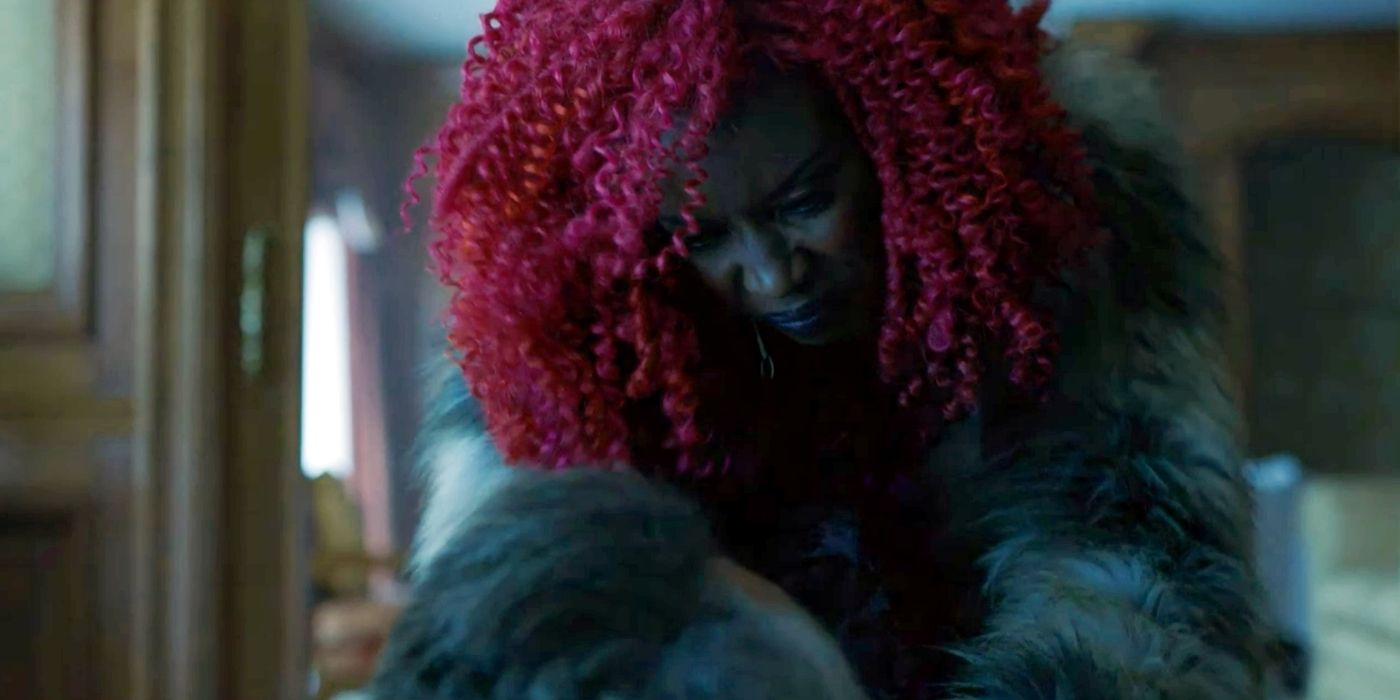 Tied into the mystery of Starfire's identity is the curious question of just why she's looking for Raven. It seems that the whole reason Starfire infiltrated a criminal gang - even taking their boss as her lover - was to learn about the teenager they were hunting for. What does Starfire know about Raven, and why has she gone to such extreme lengths to track her down? 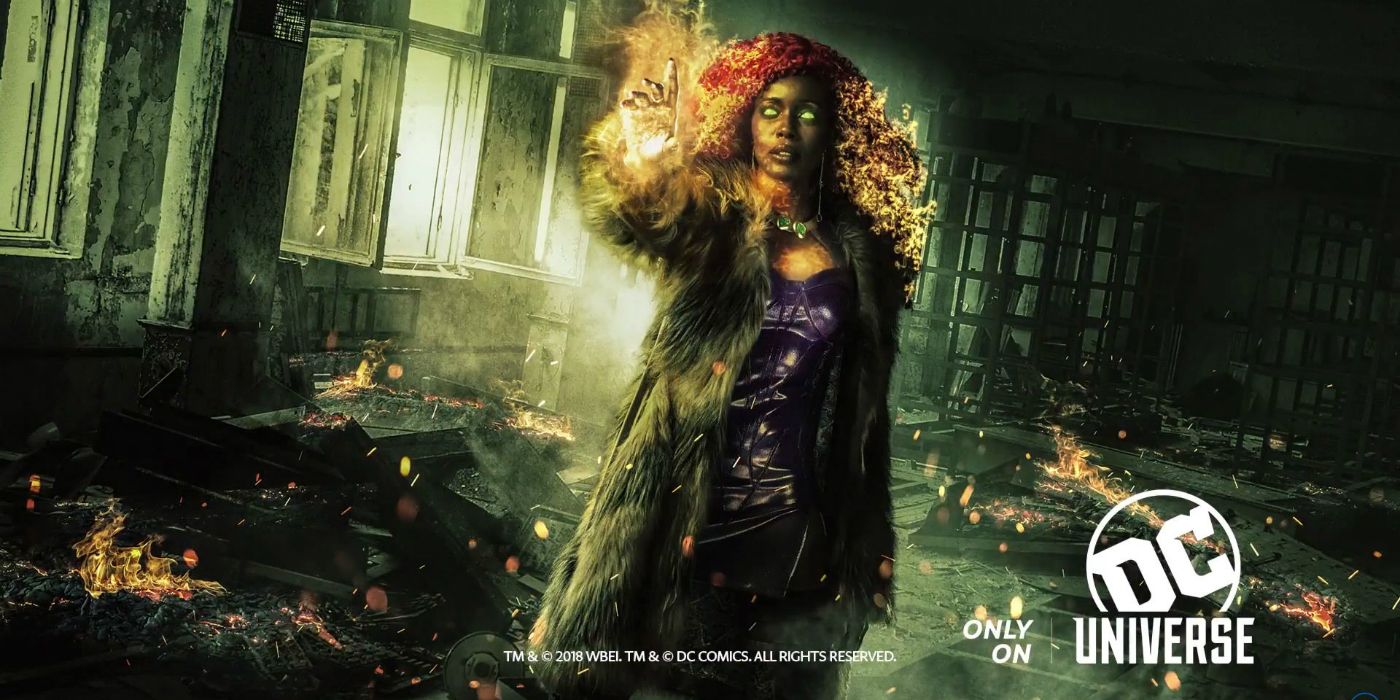 And that brings us to what's clearly intended to be an important mystery: Starfire's key. The symbol on it is lifted straight from Amanda Conner's unforgettable Starfire one, and it seems safe to assume that whatever it's used for will help Starfire regain her memories. But just what is this key for in the first place? What's more, given this seems a little too convenient a plot device, is it possible Starfire erased her own memories for some reason, and has set this whole thing up?

13) Where Is Dick Taking Rachel? 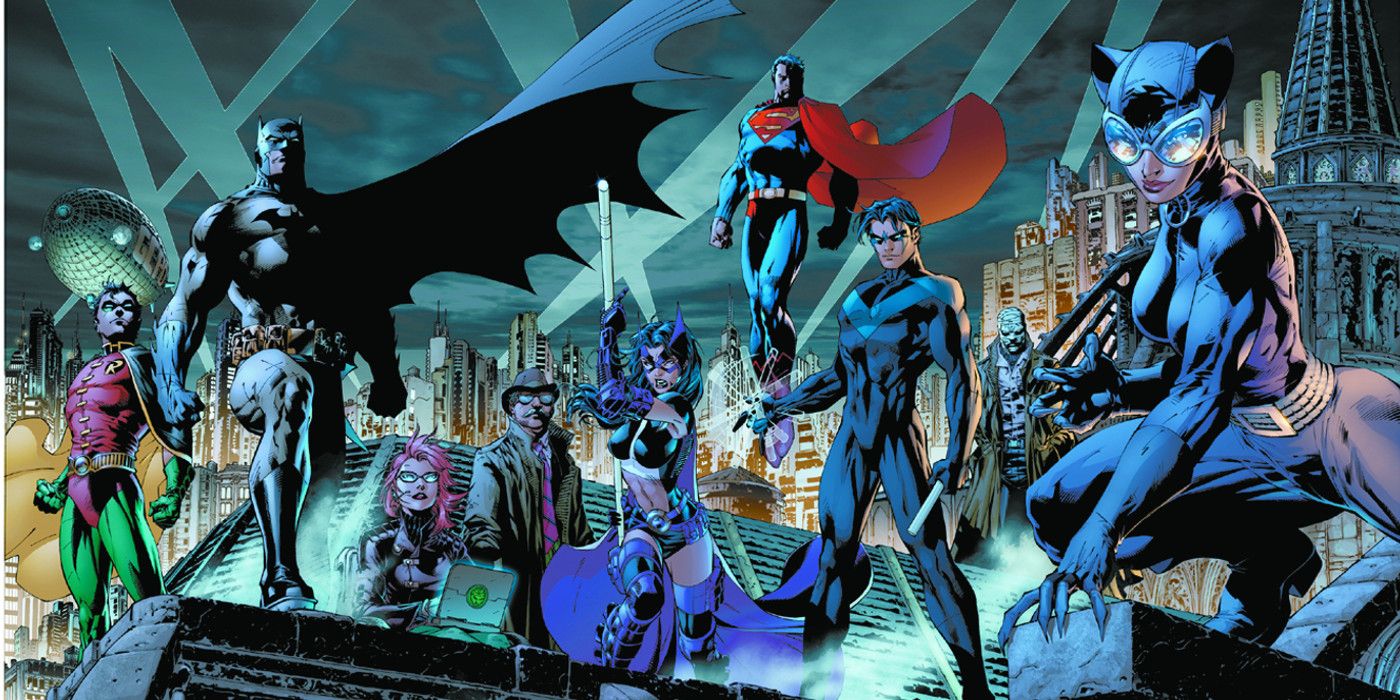 The episode ends with Dick Grayson deciding to take Raven to somewhere he believes she'll be safe. It looks as though he's heading off to visit friends in Gotham, which is a singularly strange decision; when has anyone ever been safe in Gotham? Still, presumably this explains how Dick Grayson will cross paths with his successor, Jason Todd.