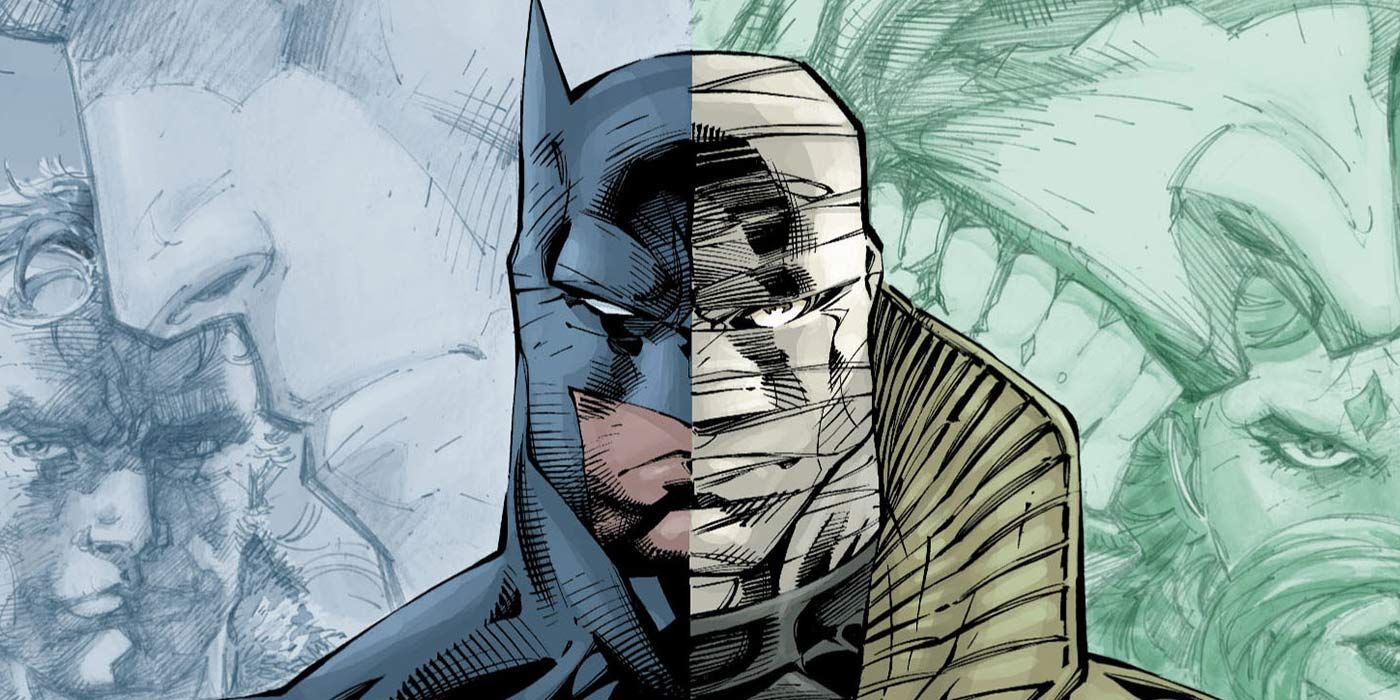 The animated adaptation of Batman: Hush has reportedly finally found its voice cast, and it's filled to the brim with DC animation veterans. The reveal comes nearly six months after the adaptation of the popular Batman comic was announced last summer by DC Entertainment.

Batman: Hush will be based on the popular 2002 comic of the same name which saw the Caped Crusader face off against the mysterious Hush, who manipulated the superhero's vast villainous foes from a distance in an attempt to destroy Batman once and for all. The comic run, penned by Jeph Loeb, proved wildly popular among fans and critics alike due to the writing and gritty artwork by Jim Lee. Fans have long wanted to see the comic adapted for the big screen and, while that's not apparently happening anytime soon, an animated version was announced that excited a lot of comic readers.

Related: When Batman Breaks, His Only Friend is... Penguin ?

According to Revenge of the Fans, the Batman: Hush animated film has taken its next step toward development and found its voice cast. Among the names announced are: Jason O'Mara, Jerry O'Connell, Tara Strong, Rainn Wilson, Bruce Thomas and Vanessa Williams. While no release date has been officially announced, the report mentions that the film currently clocks in at 74 minutes. It's important to note, however, that DC Entertainment has not yet confirmed the cast list or runtime, so it should be treated as nothing more than a rumor for the time being.

Either way, the report doesn't reveal who the actors are playing in the animated film, though a few healthy assumptions can be made. O'Mara has played Batman in animated films in the past, like Justice League Dark, so it's safe to say that he'd be reprising that role again. Likewise, O'Connell has played Superman (who does appear in the Batman: Hush comic) in past animated films like The Death of Superman, so again it's a likely bet he'll be playing the character again. Strong has played Harley Quinn quite a few times in the past, in both animated films and the latter two Arkham games. The others are a little more difficult to guess, but they've all done past DC animated voice work in various roles.

Assuming this casting information is correct, it would certainly be a shocking development, as Batman animated veterans like Kevin Conroy and Mark Hamill have both expressed great interest in reprising their Batman and Joker roles for a Batman: Hush animated film in the past. In fact, the IMDb page for the film has both actors attached to the film currently, though that website isn't entirely trustworthy as it can be edited by anyone. Regardless, Batman: Hush is definitely on its way, and potentially in the hands of DC animation veterans. Hopefully it can deliver the adaptation fans have long been waiting for.

More: Batman is Finally Going Back To His Classic Costume

Source: Revenge of the Fans

Mappa will take over production from WIT STUDIO.
Read More

The latest rollout of new Call of Duty content, for Modern Wafare, Warzone and Call of Duty: Mobile, has been postpon...
Read More

Quentin de Warren is a freelance concept artist and illustrator who has worked for clients like Fantasy Flight and Ga...
Read More
Back to News