22 July Ending: The Horrifying True Story Behind the Movie 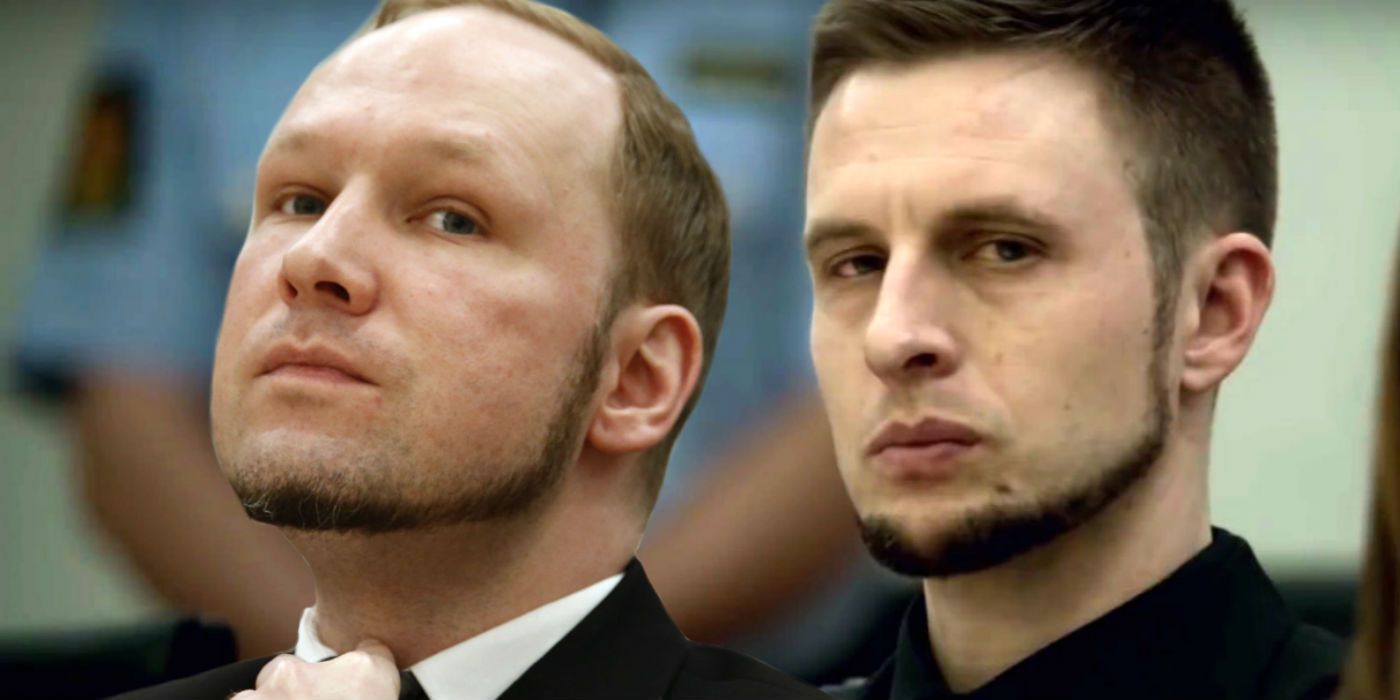 Paul Greengrass' new film 22 July has arrived on Netflix and in theaters, based on the true story of Anders Behring Breivik's (Anders Danielsen Lie) far-right terrorist attack in Oslo and Utøya, Norway, on July 22, 2011. The massacre resulted in the deaths of 77 people, many of them teenagers, with hundreds more left wounded. Greengrass' film splits its focus evenly between Breivik and one of the victims of the attack, Viljar Hanssen (Jonas Strand Gravli), who was shot five times but survived to bear witness at Breivik's trial. The movie begins as Viljar arrives on Utøya for a youth socialist summer camp and Breivik prepares for the attack, and ends shortly after Viljar and Breivik are once again brought face-to-face at the trial.

22 July takes few creative liberties and all of the characters in the film are based on real people who were impacted by the tragedy. This is the second film released this year that recounts the events of the attack, the first being Norwegian director Erik Poppe's U – July 22, which focuses only on the attack on Utøya rather than the bombing in Oslo's government quarter and the aftermath.

Related: Watch The Trailer For 22 July

Here we'll break down the differences between the events in Greengrass' film and what actually happened during and after the attack, as well as the meaning of 22 July's quietly powerful ending, which emphasizes survival and perseverance rather than despair.

How 22 July Compares To The True Story 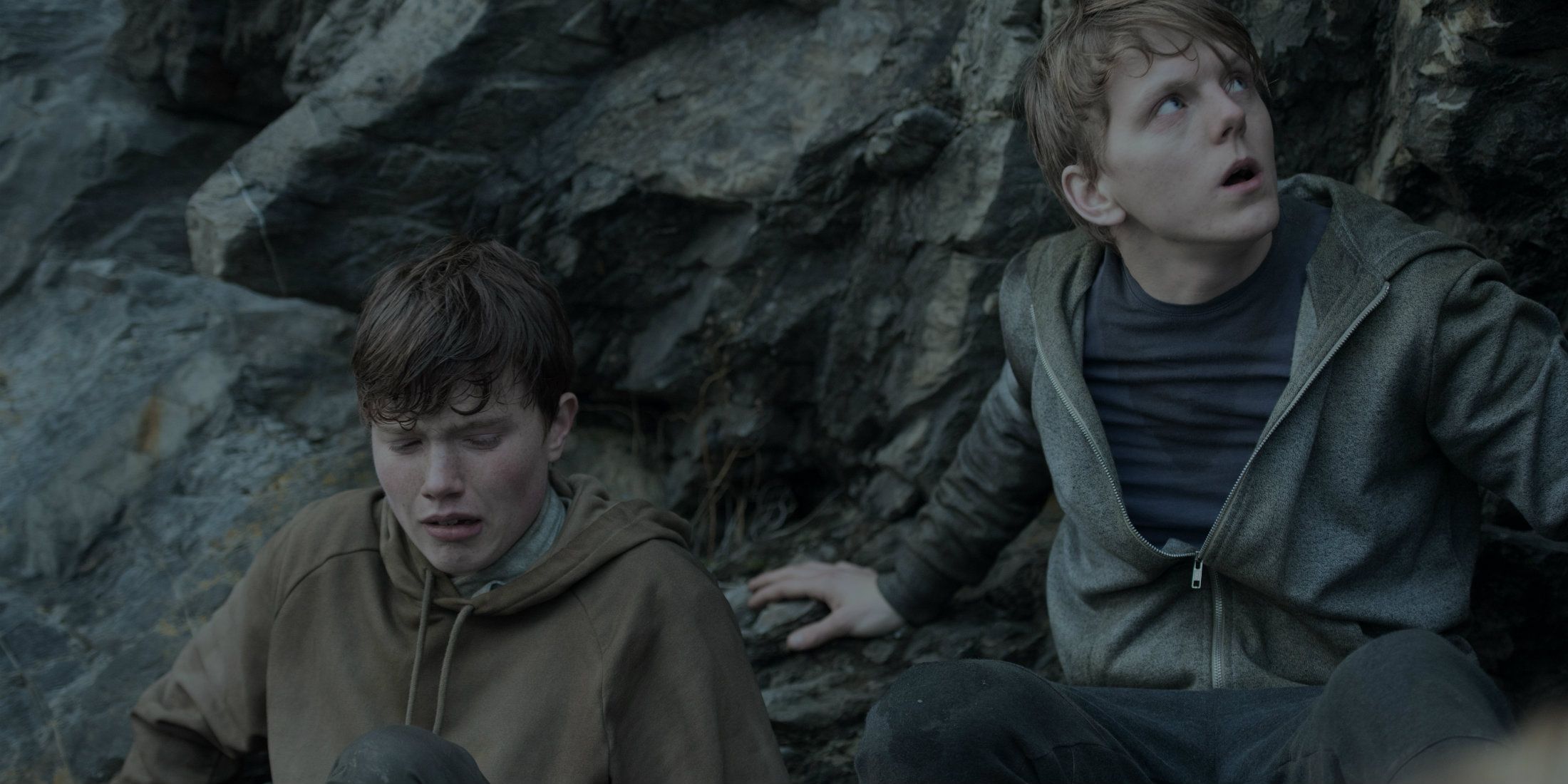 The lead-up to the attack and the attack itself comprise the first half-hour or so of 22 July, with the remaining two hours focusing on the aftermath as Viljar attempts to recover from the physical and psychological trauma, and Breivik prepares for his trial with the help of his defense lawyer, Geir Lippestad (Jon Øigarden). The portrayal of the attack itself hews closely to the official details. After setting off a bomb in Oslo's government quarter, Breivik gained access to Utøya by posing as a police officer, and claimed the lives of camp leader Monica Bøsei and security officer Trond Berntsen shortly after arriving on the island, before turning his attention to the gathered teenagers.

You can read Viljar Hanssen's testimony in full here, and it differs considerably from the dialogue in the film's version of the trial. In particular, Viljar joking that he is glad to be blind in one eye so that he doesn't have to look at Breivik is fictionalized, though Breivik was present while Hanssen spoke. Otherwise, it seems as though Hanssen and his brother's attempted flight from Breivik was recreated quite accurately in Greengrass' film. The main difference is the length of the attack: while it lasts only around fifteen minutes in the film, the attack on Utøya lasted roughly an hour and a half, as the police faced difficulties finding transportation to the island as Breivik carried out the massacre.

In his testimony, Hanssen says that his brother, Torje (played by Isak Bakli Aglen in the film), called their parents during the shooting, and Hanssen says that it "annoyed" him because he didn't want their parents to worry. He took the phone from Torje and told them it was "a shoot[ing], but it goes well, I'll save everyone." Hanssen doesn't recall if he was shot on the cliff or on his way down, but says that "I remember crying to my brother that he should get away." As recounted in the film, he realized shortly after being shot that he was blind in one eye, and began talking to himself in an attempt to stay awake. He eventually lost consciousness, and was taken to Ullevål hospital, where he fell into a coma as his injuries were treated.

Greengrass pays particular attention to Lippestad's unenviable job of having to defend a mass-murderer. As portrayed in the film, Lippestad did receive threats to himself and his family from those who perceived him as a Nazi sympathizer, even at one point having a swastika painted on his house. 22 July also conveys the real-life Lippestad's attitude towards the task set out before him: that everyone, even a mass-murderer, is entitled to a competent defense in order to ensure that justice is properly served. When the trial was over, Lippestad said that he did not feel as though he had "won" anything, even though Breivik achieved his goal of being judged sane and accountable for his actions, but that he was "happy that we have completed our assignment." 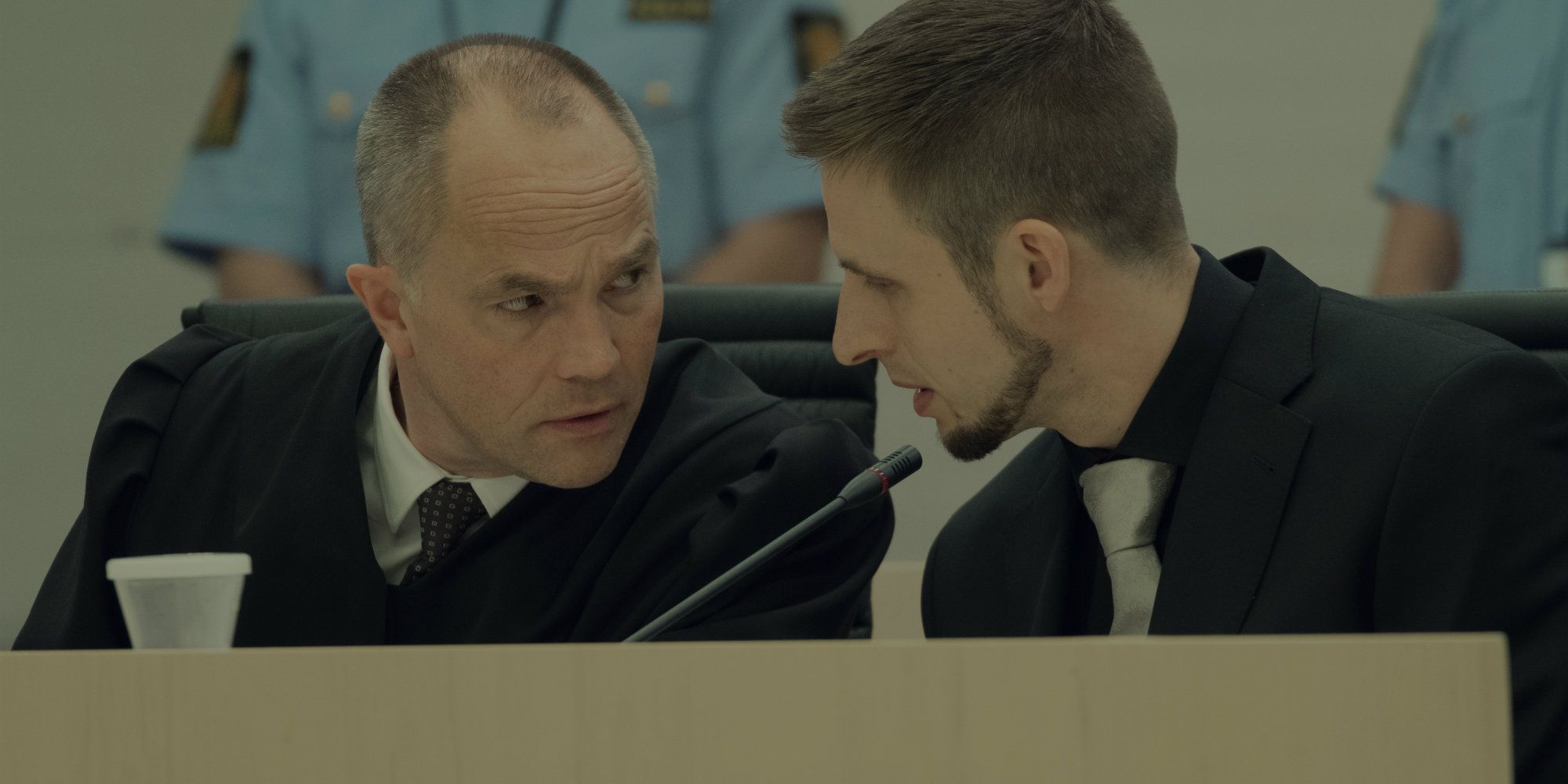 The changes that Greengrass does make are primarily for the benefit of international audiences. For example, despite the Norwegian setting all of the characters speak in English. Furthermore, in the film Breivik is sentenced to indefinite imprisonment in solitary confinement until he is determined not to be a danger to the public, rather than the 21-year prison sentence that was actually handed down - though in practice they basically mean the same thing.

This change was likely made because international audiences would be confused by Breivik being given such an apparently light sentence, which may have distracted from the film's ending. 21 years is actually the maximum sentence that can be handed down in Norway for anything less than genocide or war crimes, but that sentence can be extended and Breivik will likely be in prison for the rest of his life. Since it would have been difficult to organically explain Norway's justice system within the film, Greengrass opted to "translate" Breivik's sentence for international audiences in the same way that the dialogue was translated for easier viewing.

The cell that Breivik is taken to after being sentenced is quite accurate - though international viewers may be surprised to see the mass-murderer being locked in a room that looks not dissimilar to a college dorm room. Norway's criminal justice system is focused on rehabilitation, so prisons are not designed with punishment of the inmates in mind, but rather to offer something as close to normal life as possible. Breivik is housed in a suite of three rooms (one for studying, one for sleeping, and one with exercise equipment, plus his own bathroom) and he has a television, games console, and newspapers - though no internet access, and no contact with the other inmates. One of the survivors of the Utøya shooting, Bjorn Magnus Ihler, said that he was satisfied with Breivik's sentence and added that, "If he is deemed not to be dangerous any more after 21 years, then he should be released... That’s how it should work." 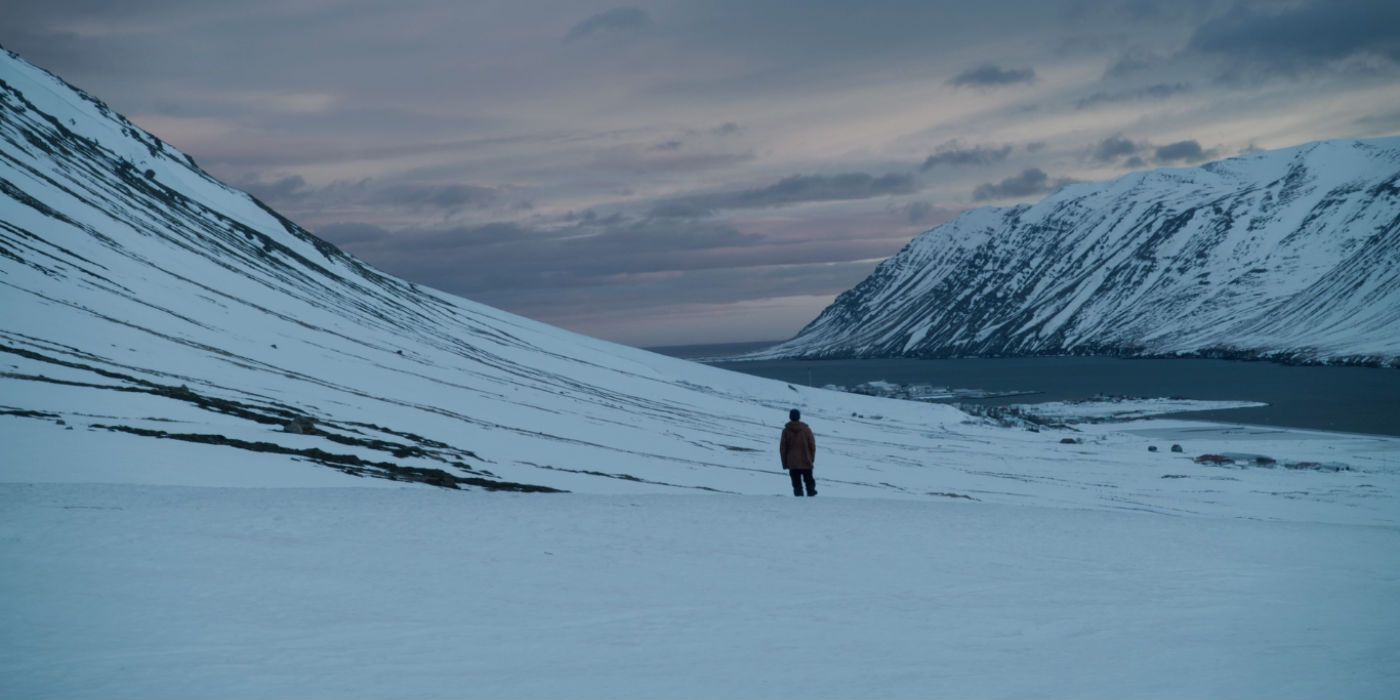 In 22 July, Greengrass faces the challenge of trying to extract meaning from a senseless tragedy, and the movie's ending more or less succeeds in doing that. The film is bookended with the two confrontations between Breivik and Viljar: first when Breivik guns Viljar down on the beach, and then when Viljar finally faces his attacker at the trial. When he takes the stand, Viljar closes his testimony with these thoughts:

"But now I realize that I've got a choice. Because I still have family, and friends, and memories, and dreams. Hope, and love. And he doesn't. He's completely alone. And he's going to rot there in prison, whereas I- I survived. And I choose to live."

The final two scenes of 22 July reflect this speech in court. We see Breivik taken to his solitary cell, and the door closed and locked behind him. Greengrass then cuts to Viljar back home in Svalbard, looking out at the mountains, ocean, and horizon. The ending simply but effectively conveys that Breivik's story and legacy have been brought to a close, whereas the survivors of the attack can live on and strive to make the world a better place.

What Happened After 22 July's Ending 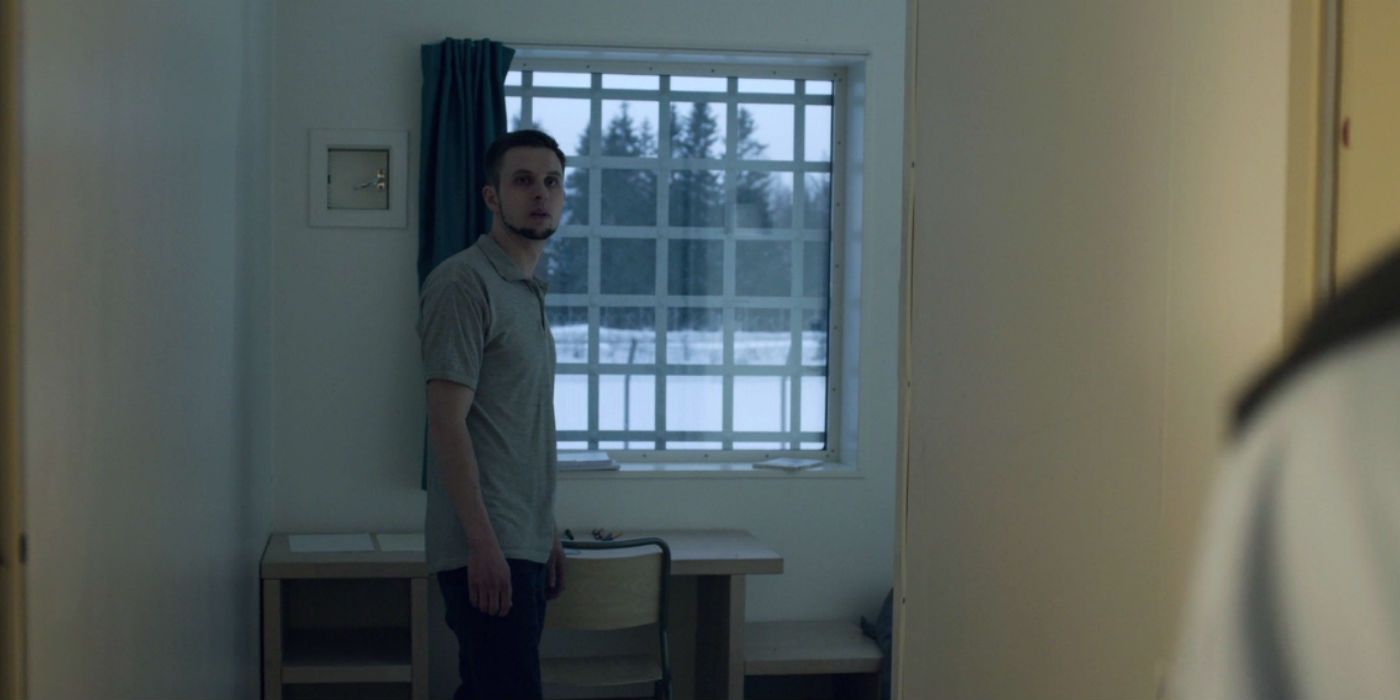 As mentioned before, Anders Behring Breivik received the maximum possible sentence of 21 years, which he is carrying out at Skien prison. In 2033 he will be eligible for release, but only if he is determined to no longer be a threat to society. Given his lack of remorse for the killings and his continued dedication to the far-right politics that motivated them, it seems unlikely that he will ever be released.

Viljar Hanssen is now in his mid-twenties and studying at the University of Tromsø. Shortly after the release of 22 July he posted about the film on Instagram, saying that while he was not involved in the making of the film, he hoped that it would spark conversations about the dangers of far-right extremism:

Lara Rashid, who is played by Seda Witt in the film, was 16 at the time of the attack and lost her older sister in the shooting. She now works at the Norwegian embassy in Sarajevo. Speaking to The Observer, Rashid said that she supported the film's intent but also criticized the film for only focusing on the perspectives of four white men, and not properly conveying Breivik's deep hatred of women.

Breivik's time in prison has been punctuated with complaints about everything from the temperature of his coffee to having a "painful" chair instead of a couch - at one point describing his three rooms and private bathroom as "torture-like" and "hell." Per The New Yorker, Breivik has lodged complaints about his cell only having a PlayStation 2 instead of a PlayStation 3, and his pen being ergonomically uncomfortable to write with (something that he described as "an almost indescribable manifestation of sadism"). In 2016, a Norwegian court ruled that Breivik's human rights had been violated after he sued the prison for conducting strip searches and keeping him in isolation from the other inmates. However, this was overturned in 2017 and his attempt to appeal the decision in 2018 was rejected by the European Court of Human Rights as "inadmissible for being manifestly ill-founded."

More: Read Our Review of 22 July

The new consoles are only a few weeks away and both the PS5 and Xbox Series X will have much faster loading times. Bu...
Read More
Back to News