The Impact on Everyone Who Wore a Symbiote, Dead or Alive, in Web Of Venom: Cult of Carnage #1 (Spoilers)

In Carnage USA published in 2011, Carnage invaded Doverton, Colorado and bonded to its citizens and the Avengers team, who originally tried to stop Carnage.Symbiote attack team Dr. Tanis Nieves as Scorn alongside Agony, Phage, Riot, and Lasher. Eventually, Venom found its way back to Flash Thompson while Scorn is able to capture and contain the Carnage symbiote. 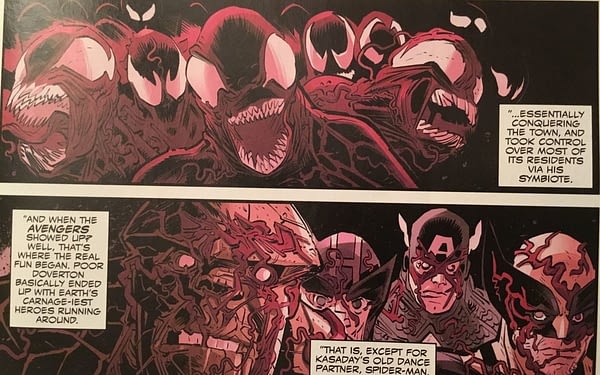 As John Jameson is finding bodies of Dovertonians dug up… 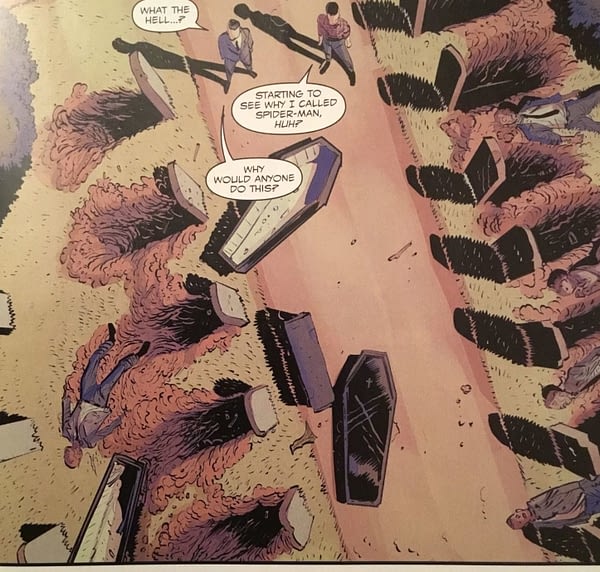 Bleeding Cool told you that everything that has had a symbiote attach itself to them, keeps a little bit of symbiote with them. Well, in Web Of Venom: Cult Of Carnage, someone is coming to collect. 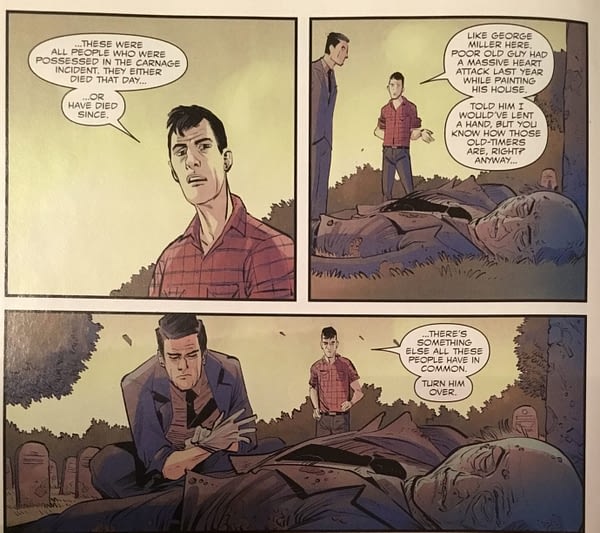 Seems someone is in need of a spine – or several hundred. And sharing a certain plotpoint with the upcoming Savage Avengers…. 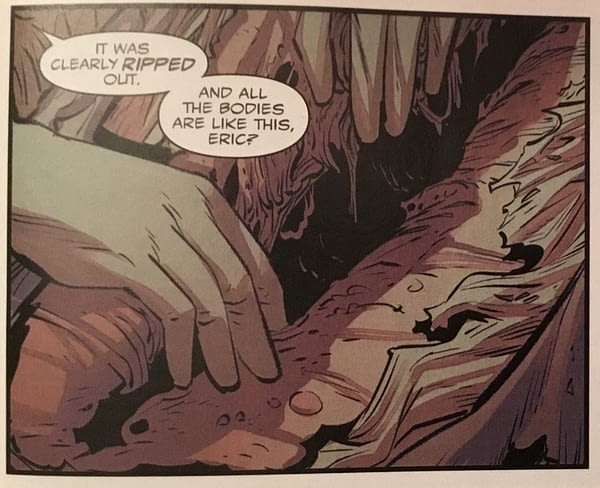 So… who else has their spines at risk? Spider-Man, Eddie Brock, Flash Thompson, Matt Gargan, all obviously. But also the Avengers. Aunt May. Mary Jane?

Looks like the Cult of Carnage are coming for them all…

Web Of Venom: Cult Of Carnage #1 is published by Marvel Comics tomorrow.

WEB OF VENOM CULT OF CARNAGE #1
(W) Frank Tieri (A) Danilo Beyruth (CA) Joshua Cassara
• A new terror has risen on the fringes of the Marvel Universe, stirring in the depths of space.
•  But evil is also rising on Earth, claiming one victim at a time in the name of the killer called CARNAGE!
Rated T+In Shops: Apr 10, 2019
SRP: $4.99

The post The Impact on Everyone Who Wore a Symbiote, Dead or Alive, in Web Of Venom: Cult of Carnage #1 (Spoilers) appeared first on Bleeding Cool News And Rumors.