Shameless UK vs Shameless US: The 10 Biggest Differences

The Gallagher clan are everyone’s favorite poor TV family. Who doesn’t love following Frank’s money-making shenanigans and Fiona’s desperate attempts to find love? Most of us already know that the American version of Shameless came from the British series, which debuted in 2004. Aside from the obvious accents and location, there are some major differences between Shameless in the United States and in the United Kingdom. Especially after the first season, when the US version really started to come into its own shell and take on its own story.

Now, this isn’t a competition, and we’re not trying to say that one is better than the other. We’ll leave that decision up to you. But here are the main differences we’ve seen since the beginning. 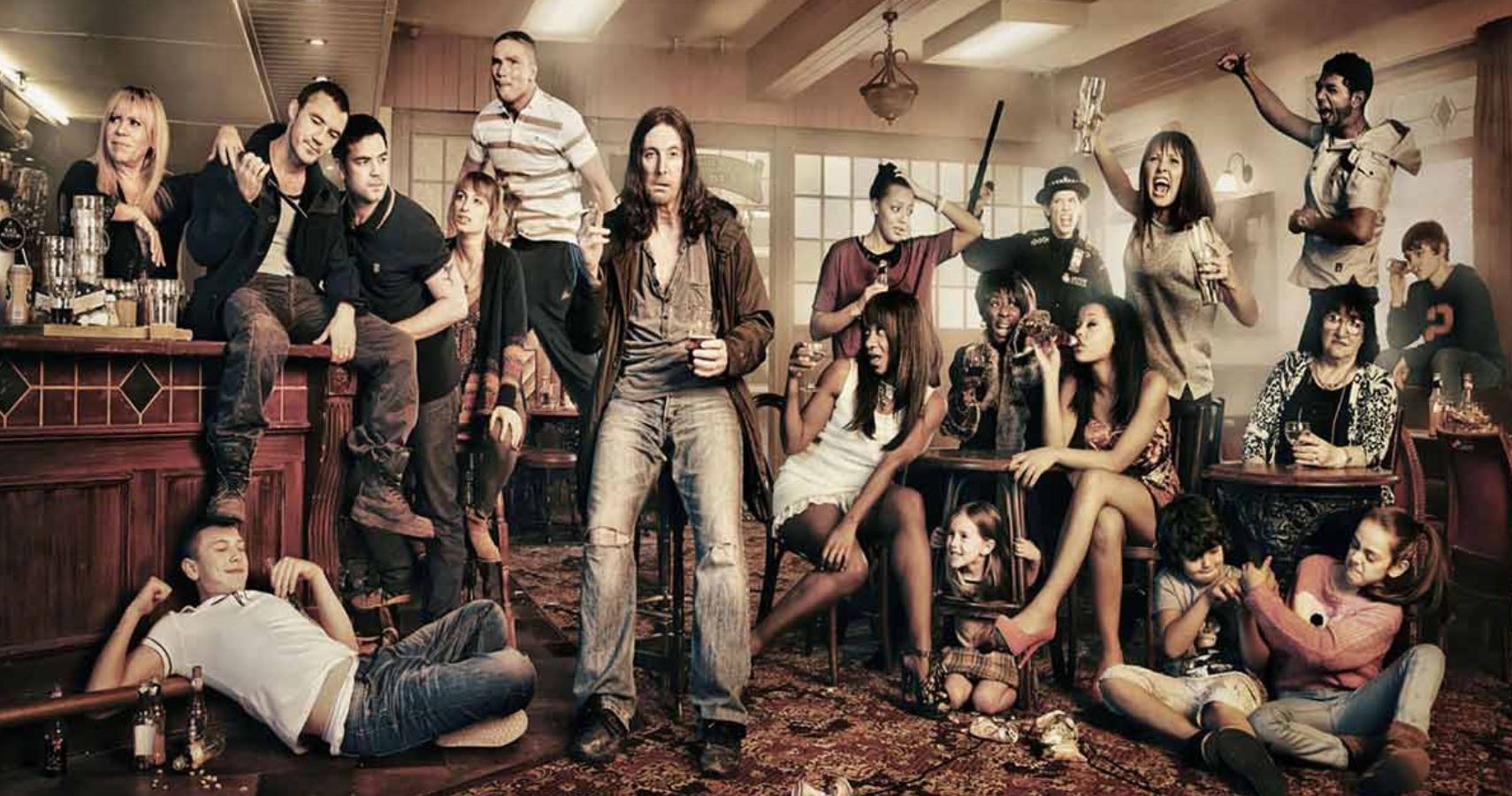 So this one isn’t really in the control of the producers, but the US Shameless has a much bigger production budget. That means they can afford to elaborate on some of the aspects of the show, and create more of a spectacle. Of course, as is with American popular culture more than British, there is significantly different product placement and marketing involved that alters the financial situation.

Both shows have used an elaborate set to create the Gallagher households, but the US version does feature a significant amount of on-location shooting. For example, did you know that Patsy’s is a real business? If that surprised you, check out our list of 20 things everyone gets wrong about the show. 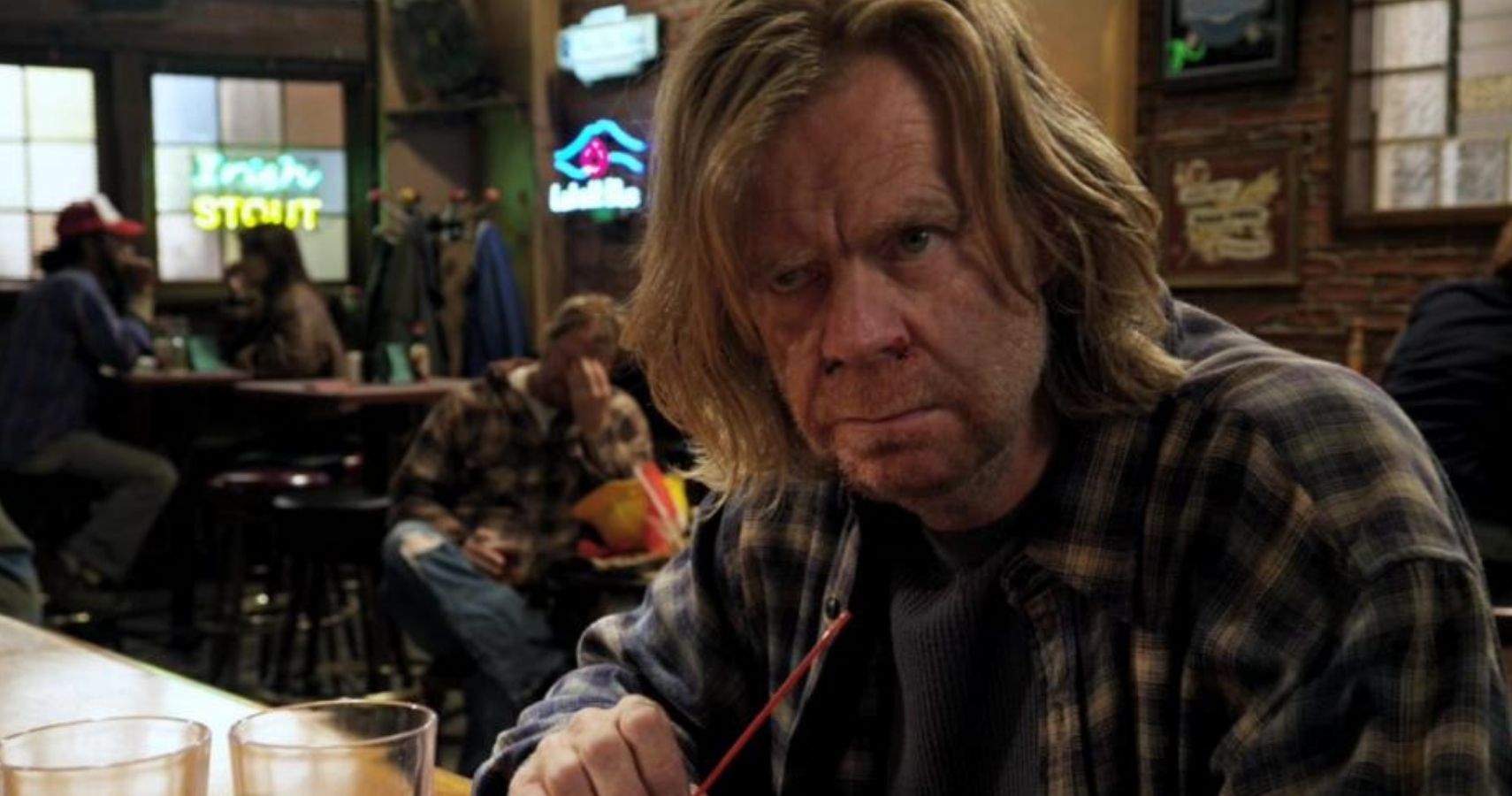 Let’s face it. William H. Macy was born to play Frank. David Threlfall does the job well, but Macy plays him with a significantly more villainous edge. There are some other significant actors cast in the US version, including Emmy Rossum as Fiona and everyone’s favorite side character, Joan Cusack as Sheila Jackson.

However, the UK version does have some stage merit, too. In the first season of the UK version, Steve is played by James McAvoy. McAvoy is arguably one of today’s most talented actors. Just watch Split. It’s also been pointed out by many of the Internet’s commentators that the US cast is more attractive overall, although this is very much a subjective opinion. Additionally, in the UK version, Carl was played by twin brothers. 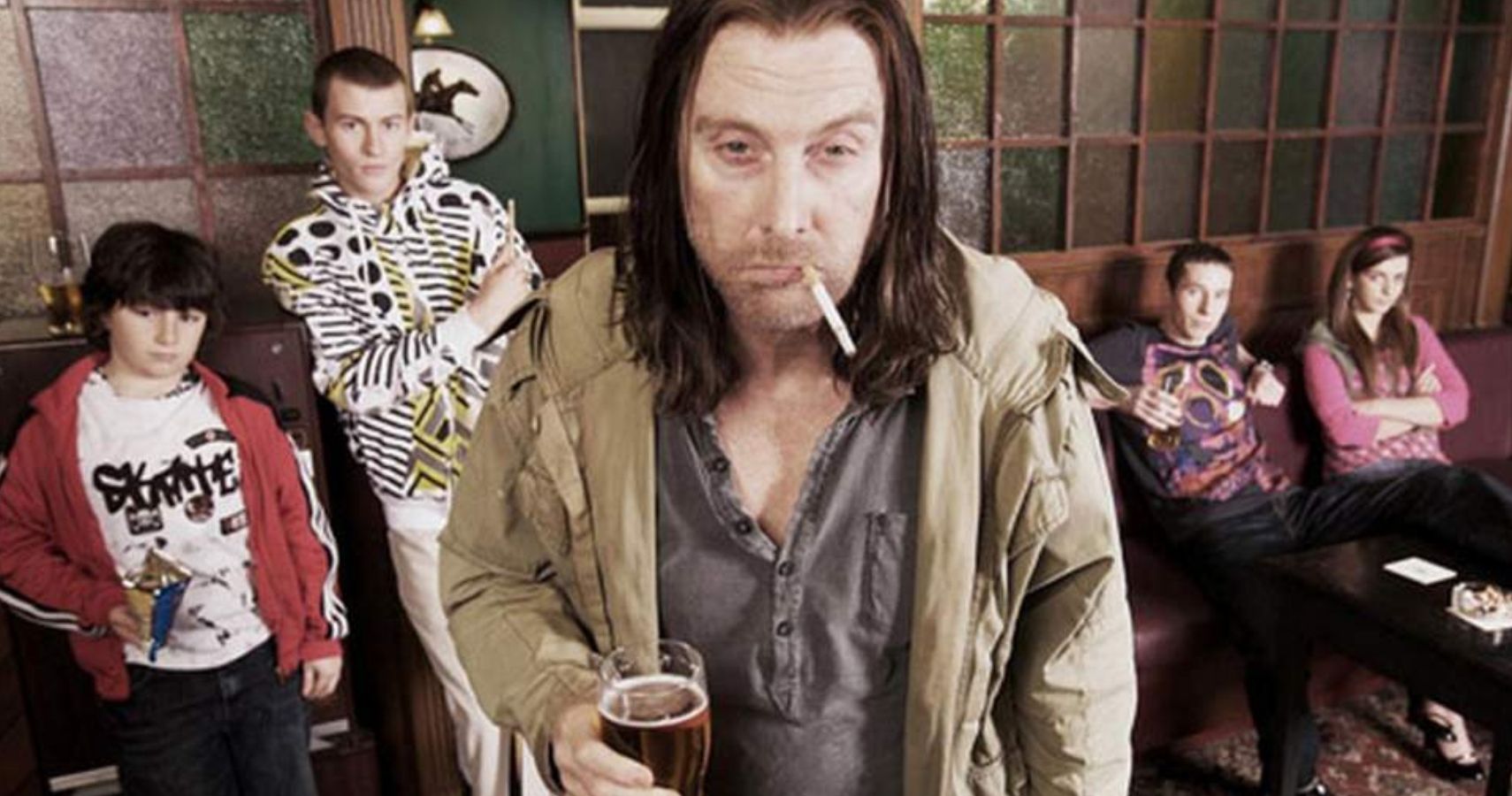 This is where the UK Shameless has it in the bag. The show ran from 2004 to 2013, producing 11 seasons and 139 episodes in total. Meanwhile, the US version is currently still on the air, deep into its ninth season, with 105 total episodes so far. It was recently announced that there will be a season ten, with Ian’s character returning, despite his announcement that he was leaving the show for good.

To credit each version, both shows have received many awards and high viewership ratings. There have also been other international adaptations of the show based on the original UK series, including one in Turkey called Bizim Hikaye, one in Pakistan called Hamari Kahani, and a Russian version called Besstydniki. 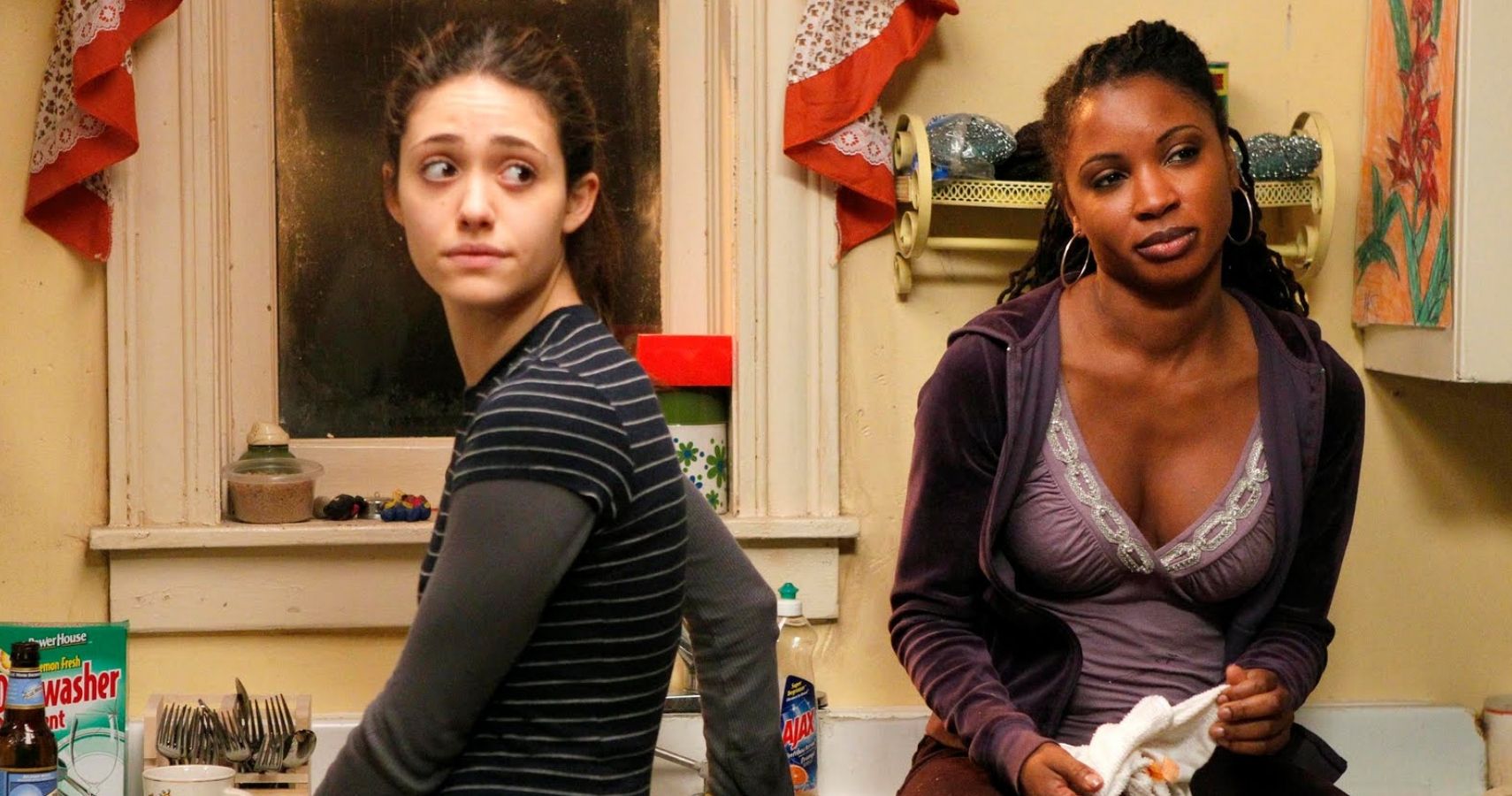 Kev and Vee exist in both versions, but leave the UK version after the fourth season. At that time in that version, the Maguire family become more central characters. The US version of them, the Milkovich family, don’t exactly have the same type of dynamic, even though Ian and Mickey are romantically involved for some time. They remain side characters for the rest of the series, with little to no involvement in the most recent seasons (aside from Ian’s departing moments when he arrives in prison).

RELATED: 10 CHARACTER ADDITIONS THAT HURT SHAMELESS (AND 10 THAT SAVED IT)

The Gallaghers in the UK version seem to become less of the main focus by the middle of the series, as the Maguires get the shift and become central characters. 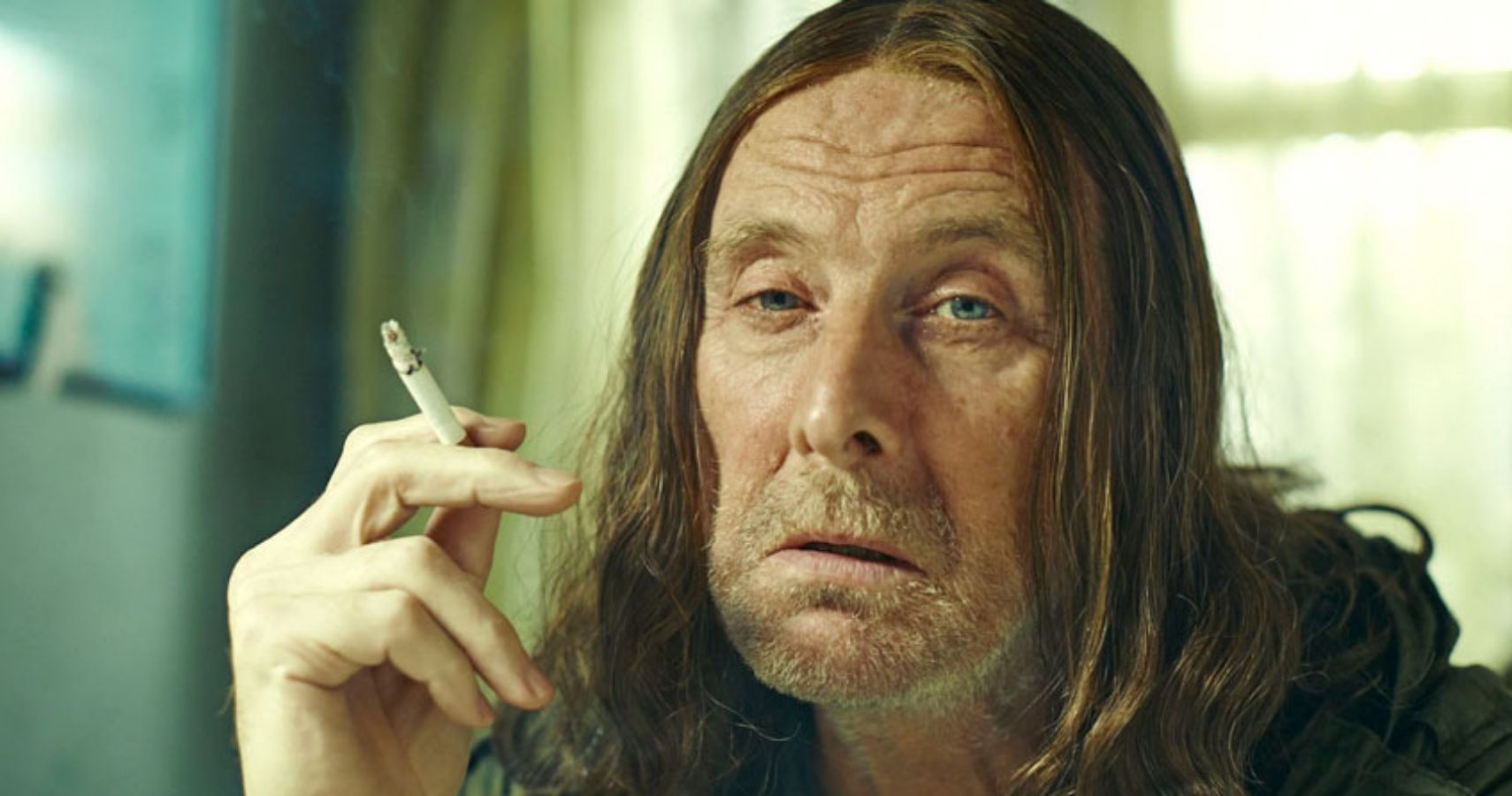 While both versions of Shameless are known for their no-holds-barred take on the Gallaghers’ lives, including nudity, drug use, swearing, and more. However, the UK version pushes the line just a little bit more toward mature content.

For example, Ian’s sex scenes feel more censored in the US version, but this isn’t entirely the show’s fault. The actor that plays Ian on the US version was underage at the time they were filming some of these scenes. There also seems to be much more full frontal male nudity in the UK version than there is in the US series. 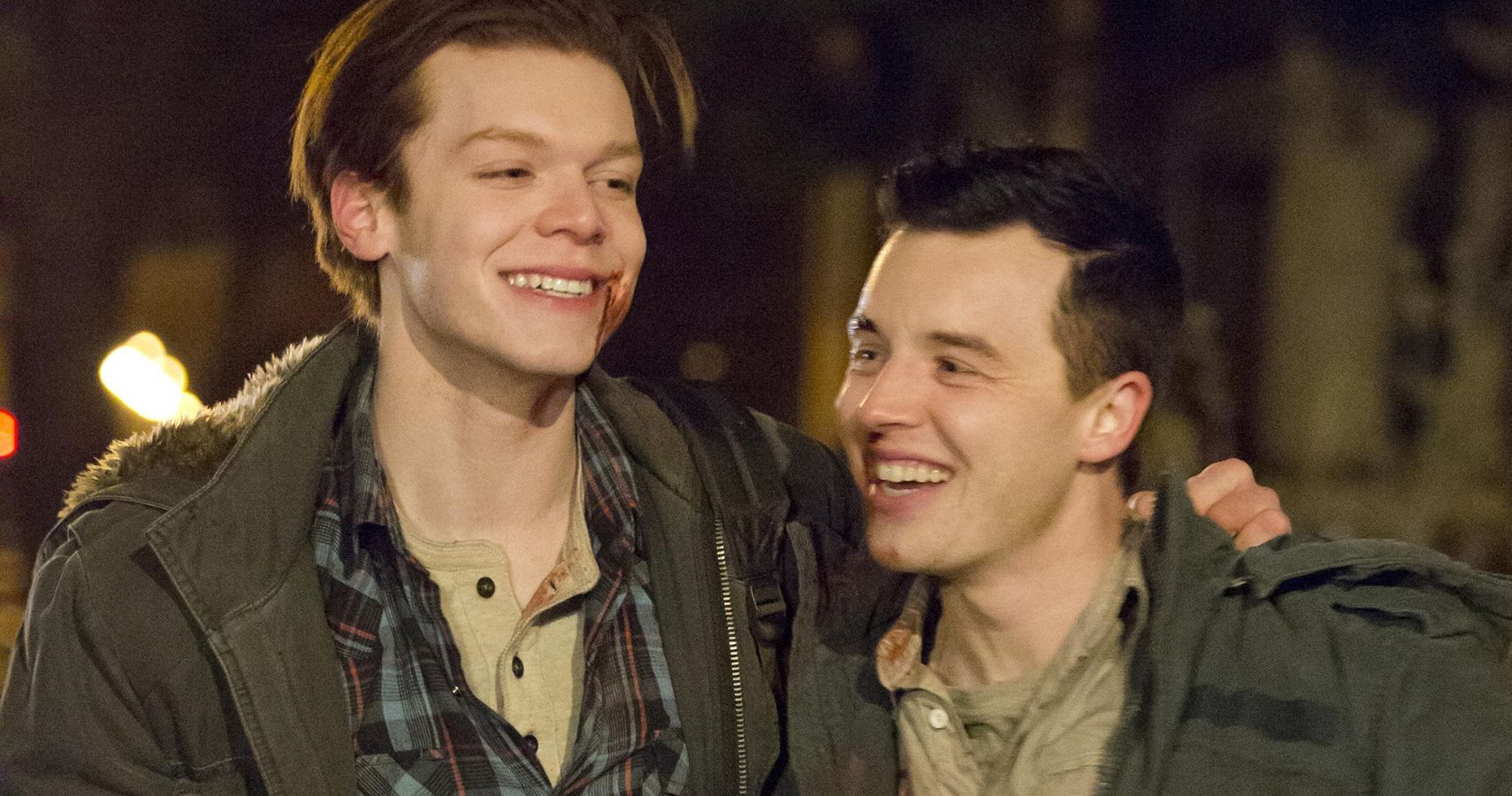 A lot of the romantic relationships between the characters play out differently between the two versions. In the UK version, Ian ends up marrying a woman after his affair with Mickey ends, while in the US version his storyline concludes with a reunion with Mickey in prison.

Additionally, in the UK version, Lip has a child. Another major difference is that Monica and Frank have a seventh child, Stella, in the UK version. In the US series, Monica dies in season seven with just six children behind. After that, Frank goes through a slew of new romantic interests, all of which seem to die or leave. 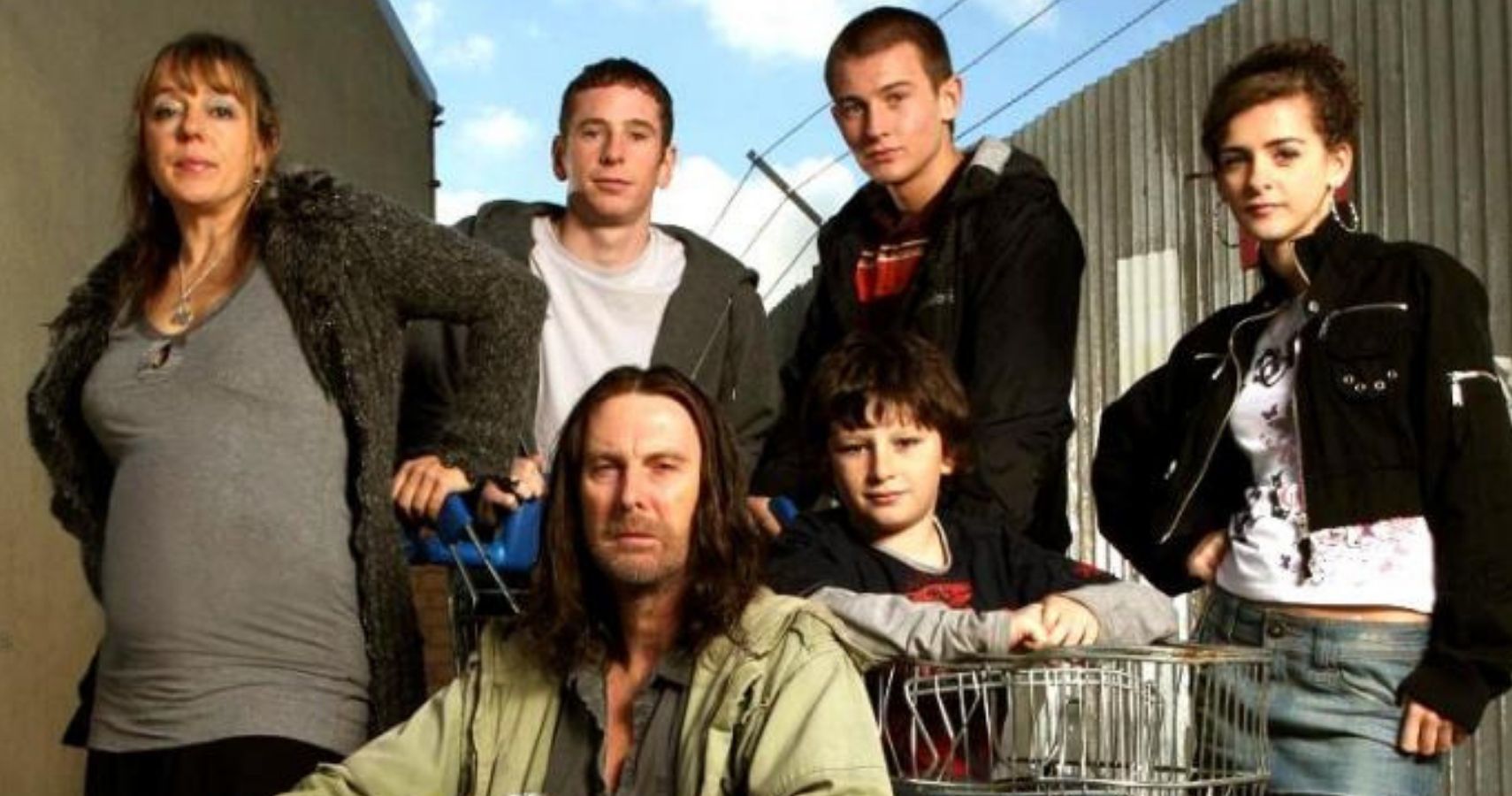 One of the biggest differences if you watch both of the shows in their entirety is that the focus on the Gallagher family is different. In the UK version, much of the main cast leaves eventually. Fiona isn’t in the third season, as she leaves briefly to be with Steve. We all know how that scenario worked out for her in the US version.

A lot of the other main Gallagher characters have left for entire seasons in the UK version. Frank is really the only one who stays the entire run. By the end of the UK series, it seems as though the entire focus has shifted away from the Gallaghers and onto their neighboring families. 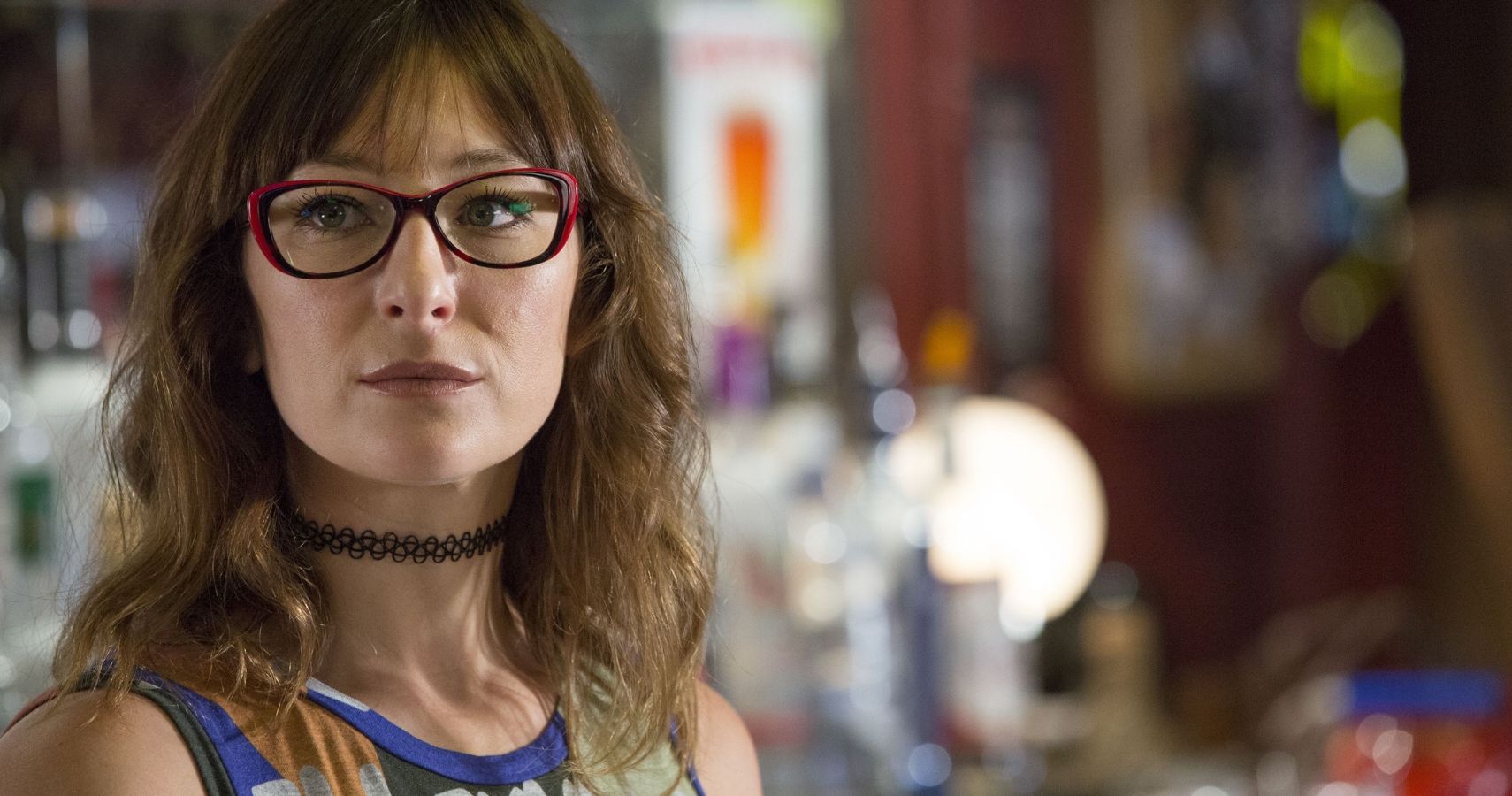 One of the most notable characters in the US version that doesn’t appear in the UK version is Svetlana. She initially arrives on the show as a Russian hooker hired by Mickey’s dad after catching him with Ian. However, she becomes pregnant with his child and begins living with him.

Eventually, she ends up in a three-way relationship with Kev and Vee, and at one point tries to take control over the bar. Svetlana had a significant impact on the show and was present for five seasons, so she really provided a different plot twist than the UK version. 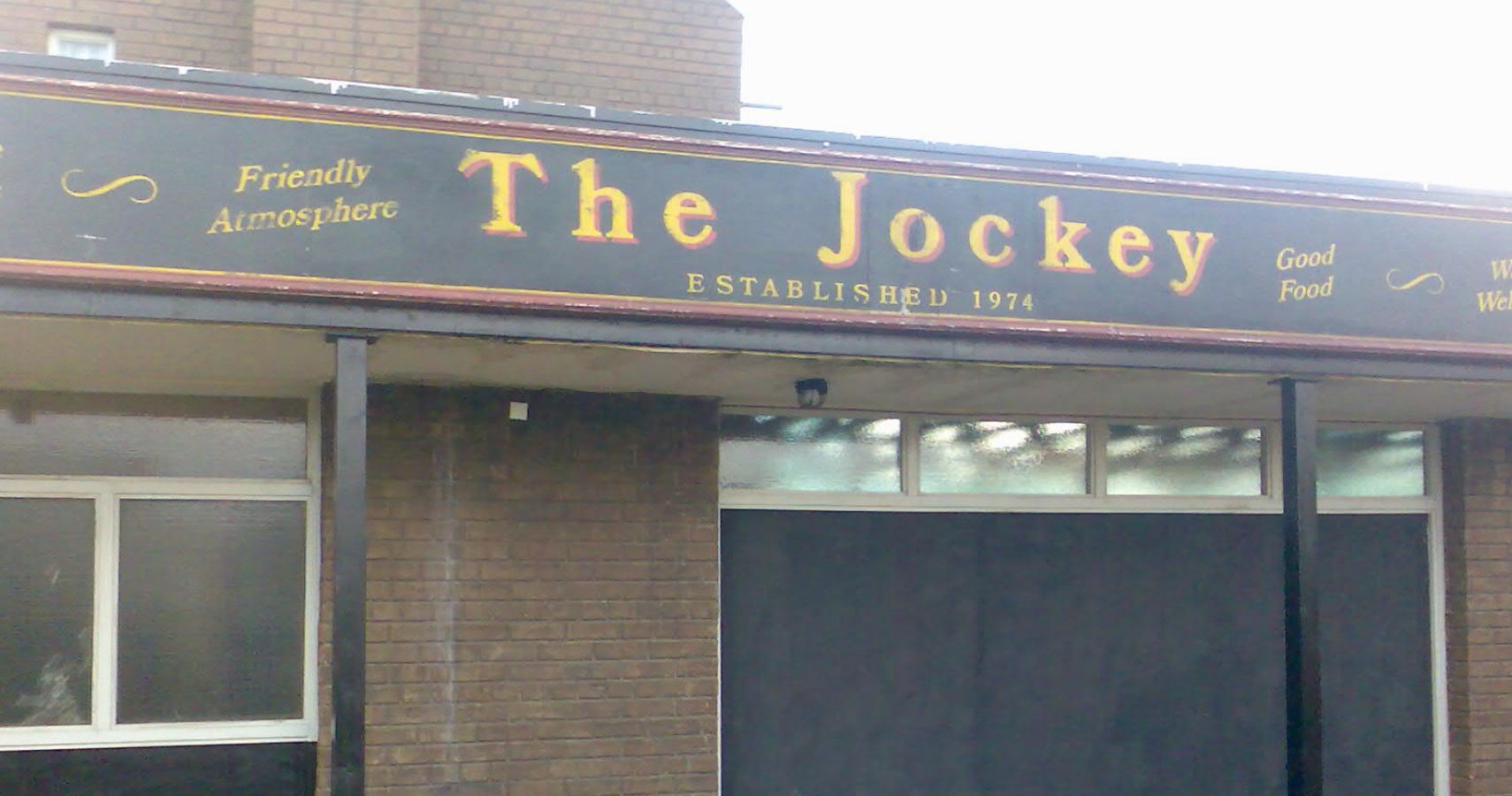 In the UK version, it’s The Jockey. In the US version, it’s The Alibi Room. However, there are more differences in the signature Shameless watering holes than simply just the names. The Jockey is owned by the Maguire family and has been run by various members of their family. First, it was Karen and Jamie, then it was Mimi, and then it was back to Karen and Jamie again.

On the US version, Kev and Vee take over The Alibi Room and run it consistently up until this current point. That’s including Svetlana’s attempts to take over control of the bar from them when she realizes they aren’t the most financially adept individuals. 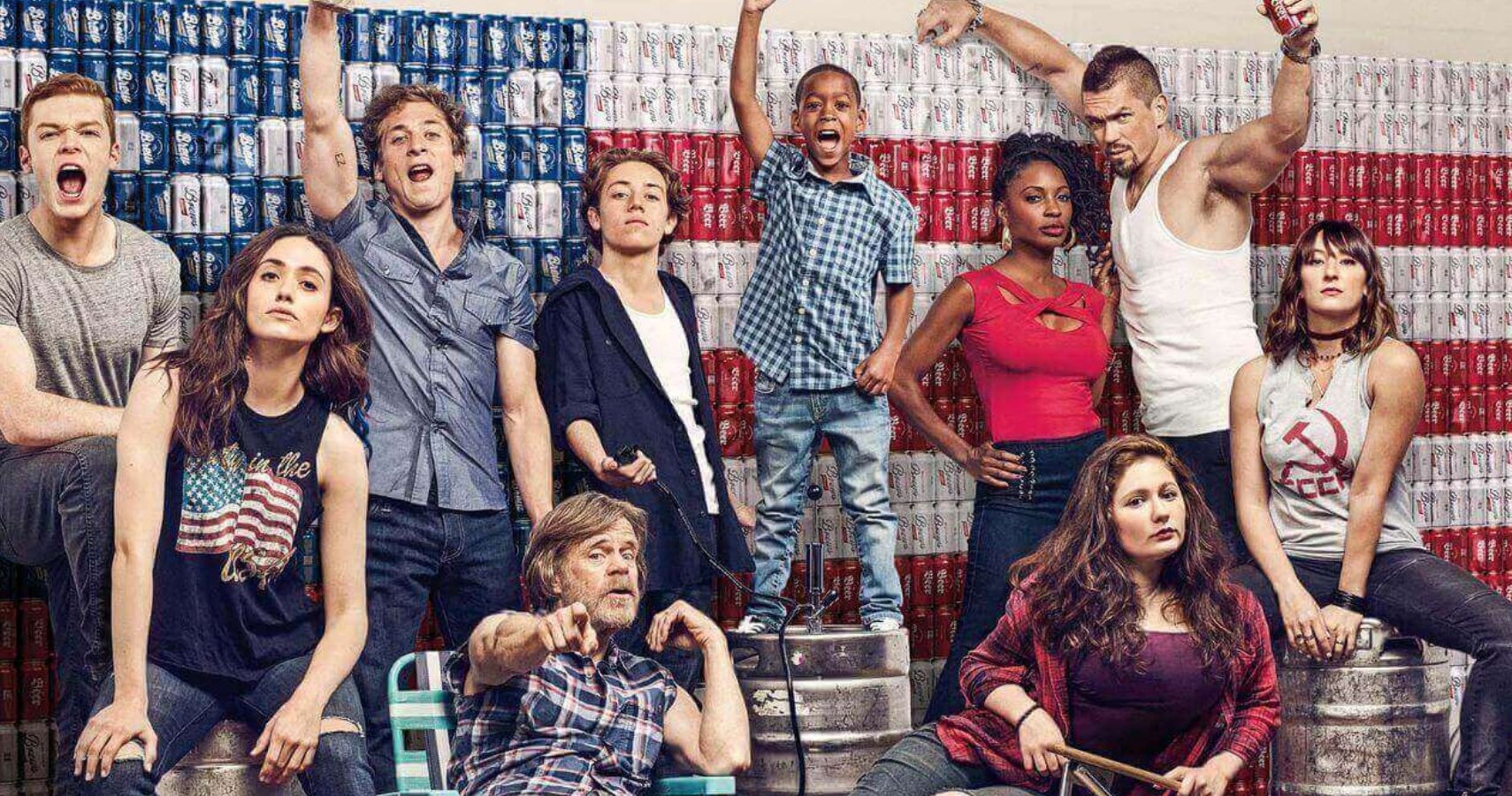 While the US versions of UK shows are often notorious for changing things in a not-always-best way, this time, the US gets it right. In the UK version, the timeline goes by really fast and you don’t get to make the connection to the characters that you do in the US version. That’s also because, as previously mentioned, a lot of the main cast leaves the UK show before it ends.

NEXT: 10 STORYLINES THAT HURT SHAMELESS (AND 10 THAT SAVED IT)