Injustice: Everything You MUST Know Before DC Launches Zero Year 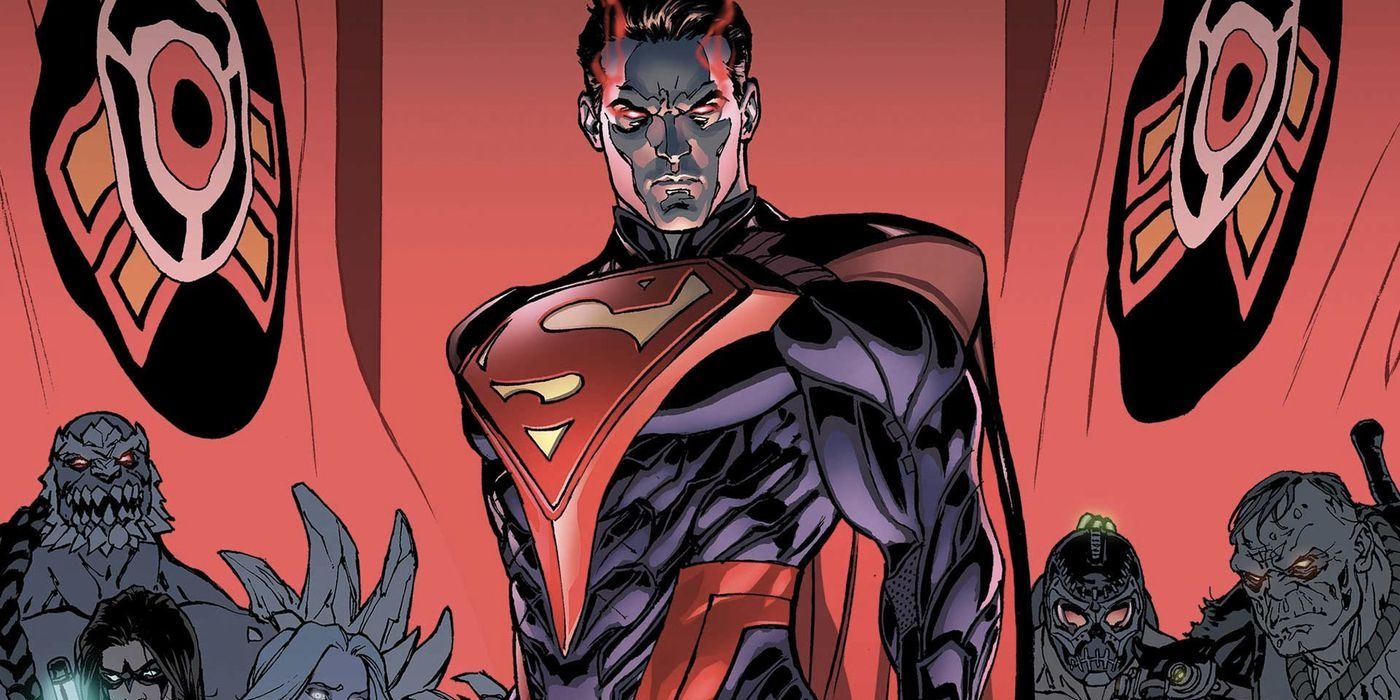 Injustice: Gods Among Us was released by NetherRealm Studios in 2013. The DC fighting game presented a new world to fans, one where Batman and Superman were locked in a brutal conflict with one another over the future of the planet.

Besides having a sequel in 2017, the world of Injustice was also expanded with the prequel comic from Tom Taylor and Bruno Redondo. Here, the background and the full scope of this war among heroes and villains was shown, along with the brutal falls of classic DC characters -- both literally and figuratively.

Before one, very bad day,the Injustice universe was like the main DC Universe, with the Justice League serving as the pinnacle of heroism. However, that time of peace came to an end when the Joker kidnapped Lois Lane. When Superman found Lois, he was instead confronted by Doomsday, whom he flew into space to avoid any collateral damage.

It wasn't until the Justice League arrived that the heroes came to understand the Joker's trick. Using Scarecrow's Fear Toxin, Joker had tricked Superman into murdering Lois in his attempt to protect her. When she died, the event also triggered a nuclear bomb in the heart of Metropolis

Adding to the tragedy, Superman also suffered the loss of his unborn child. Reeling from grief, Superman murdered the Joker in cold blood. From there, Superman renounced his human name and made the choice to remove any potential threat from the planet, something he felt Batman had failed to do. Most heroes remained by Superman and Batman was one of the few vigilantes to oppose his reign.

After years of fighting, most of Batman's allies were dead or out of commission and the Regime held complete control over the Earth, with many of its former heroes allowing this reign or falling into villainy themselves. 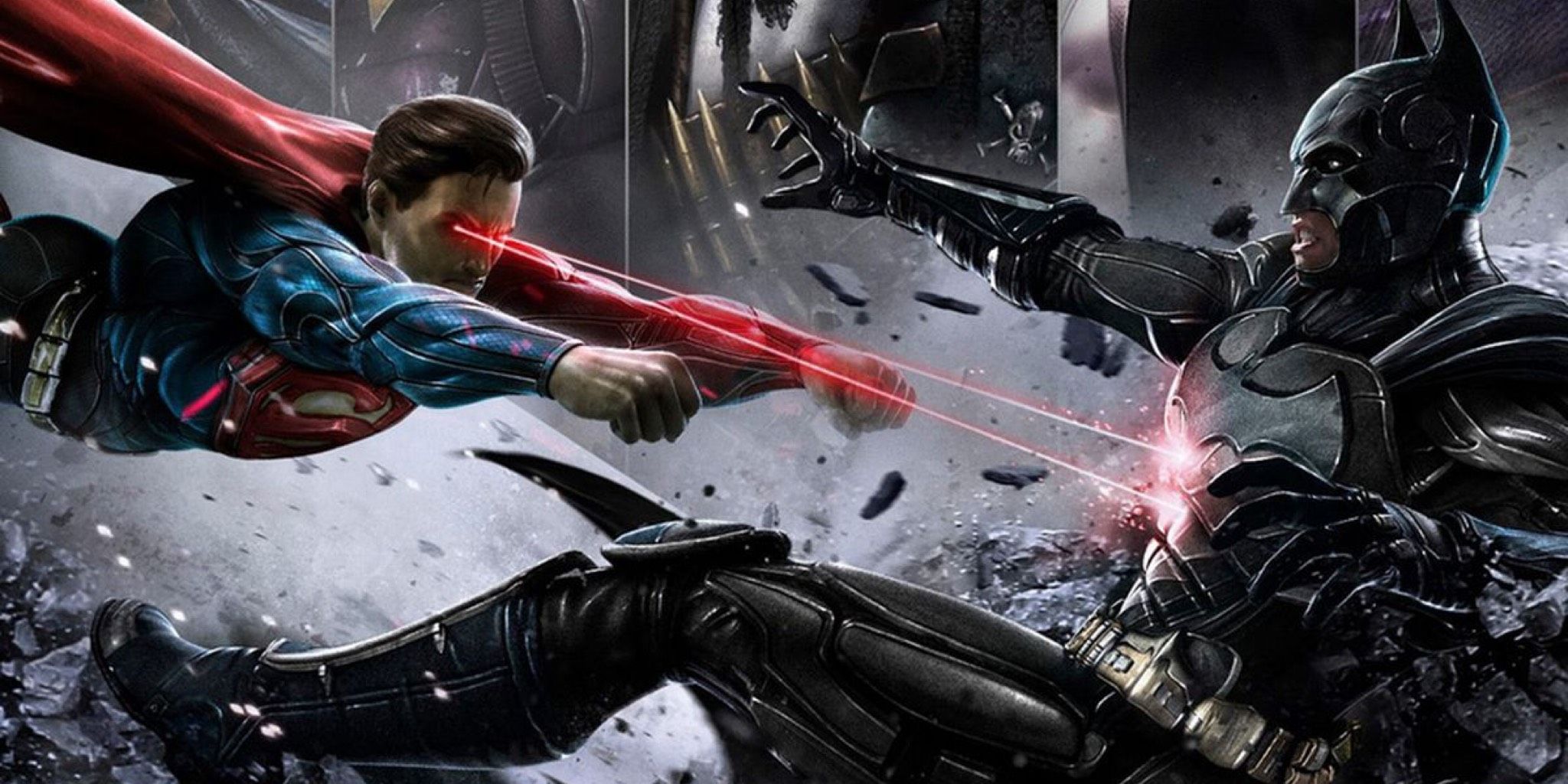 The story of Injustice: Gods Among Us actually follows a different Justice League, one that wasn't torn apart by tragedy and years of war. This Justice League, along with a few villains, were transported to the world of Injustice by Batman, who desperately needed members to join his Insurgency. Convincing these heroes of another world to aid him, the insurgent Batman found himself surrounded by his former friends in a renewed battle with Superman and his many allies.

With a Justice League of his own, the Insurgency began to dismantle the Regime. Revealing his madness, Superman decided to destroy major cities, using them as a lesson for those that thought of resistance. After some convincing from his own counterpart, Batman decided to call upon the other universe's Superman as well, placing his hope again in the Man of Steel.

The battle between the two Supermen ended with the dictator's defeat and his imprisonment in a red sun cage. With the Regime defeated and most of its heroes either captured or in hiding, Batman's next mission was to rebuild the world that Superman had nearly destroyed. 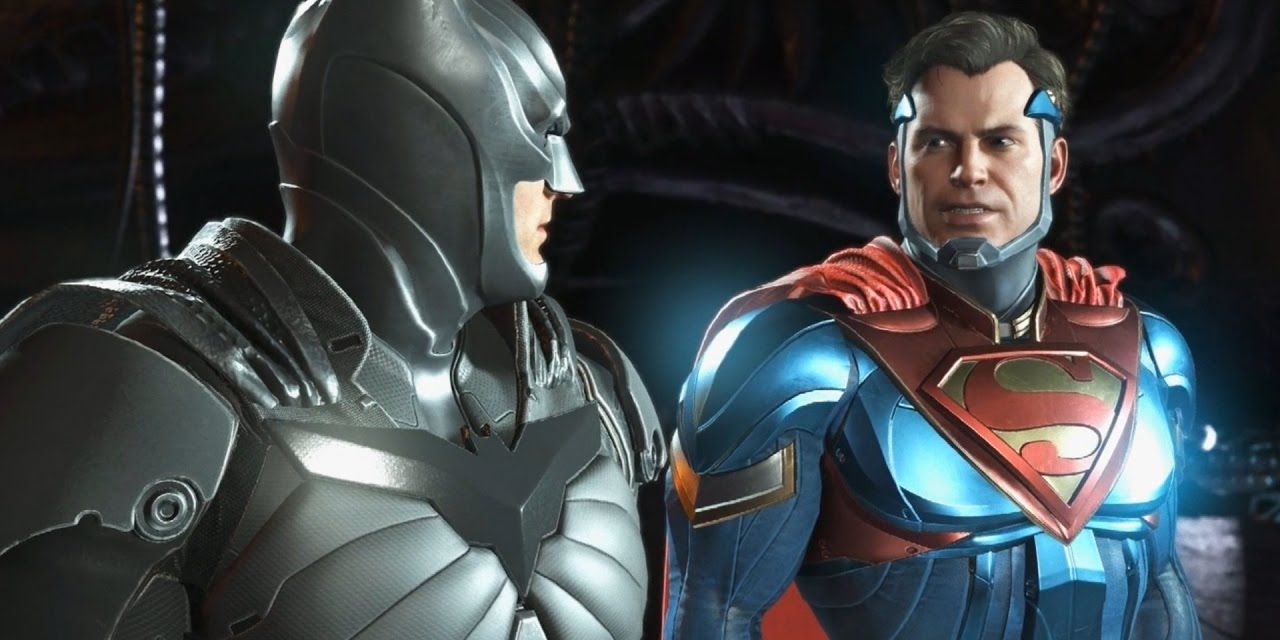 Unlike its predecessor, Injustice 2 remains solely in its own universe, following Batman's battle to protect a world that has already suffered so much. With a potential threat in Supergirl -- who must come to terms with her cousin's legacy and her place in the world -- as well as the threat of Grodd's Society, it's the invasion of Braniac that forces Batman to free Superman and work with the other heroes that supported his Regime. After defeating Braniac, the game diverges, allowing the player to choose whether to play as Batman or Superman.

Because of this choice, Injustice 2 holds two, different endings. Playing as Batman, who has convinced Supergirl to join his side, Batman works to defeat the likes of Aquaman and Wonder Woman, before unveiling a Kryptonite suit to use in his battle with Superman. After emerging victorious, Superman is locked away in the Phantom Zone and Batman forms a new Justice League with the next generation of heroes: Firestorm, Blue Beetle and Supergirl.

If the player decides to finish the game as Superman, Superman declares ultimate victory after defeating his cousin and Bruce. Using Braniac's technology, the Regime returns, with more power than ever before. Besides reclaiming his control of Earth, Superman also uses his alien tech to enslave Batman to become his own strategist in his next mission: Conquering the universe. 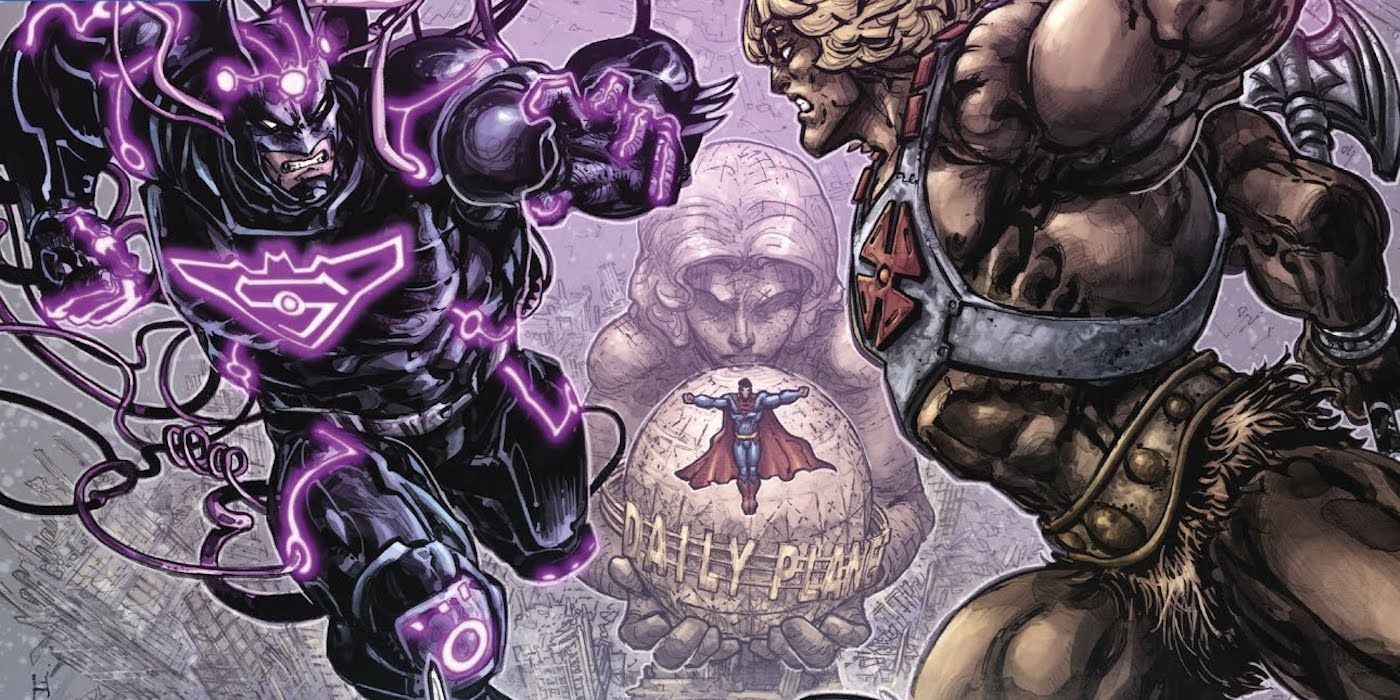 Building from Superman's ending, this comic crossover holds the weakest link to the Injustice universe, with its events not likely to affect any future games or material.

Written by Tim Seeley and drawn by Freddie E. Williams III, Injustice vs. Masters of the Universe sees a reformed Damian Wayne, who joined Superman's Regime as Nightwing, taking on the Batman mantle to free his father and Earth from the control of Superman. Looking to root out all magic, Superman joins with Skeletor, leading the insurgent Justice League to turn to the heroes of Eternia.

Amid this crossover, He-Man and his allies were also attacked by the forces of Apokolips, with Darkseid seeking the Power of Grayskull to rewrite reality. In the battle to free his father, Damian Wayne would succeed in his ultimate mission, but also be killed by Wonder Woman. Batman and Superman would then work together to defeat Darkseid and Skeletor, freeing Supergirl from the Phantom Zone in the process.

However, Superman betrayed the others and attempted to use the Nexus of All Realities to bring his family back. Ultimately, He-Man, granted the power of Shazam, would defeat Superman, erasing him from reality and and allowing the remnants of the Justice League to rebuild their planet and the galaxy.