Godzilla Battles Ghidorah In New King of the Monsters Images 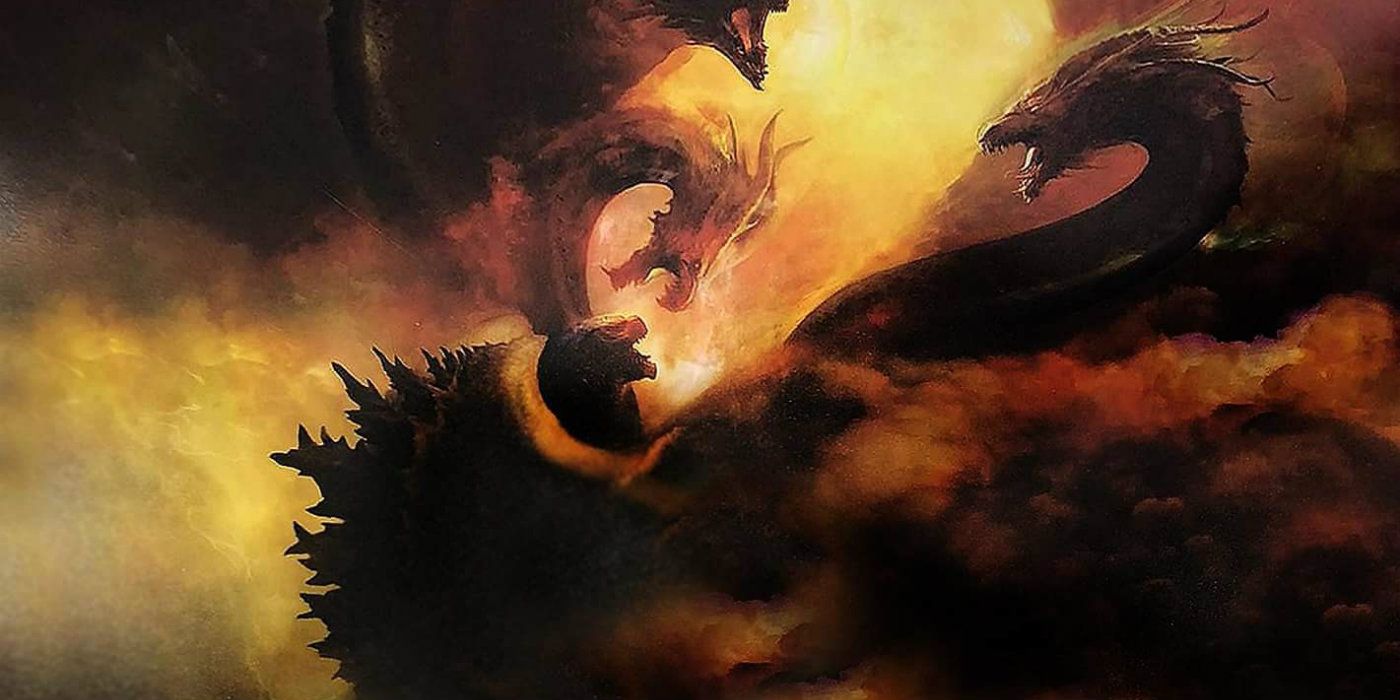 Godzilla battles King Ghidorah in the latest images from Godzilla: King of the Monsters. The Godzilla franchise was originally adapted for American audiences by Roland Emmerich in 1998, at a time when the director was hot off his success with Independence Day a couple years earlier. However, the movie failed to wow either critics or audiences and grossed less than half of what ID-4 did at the global box office. The U.S. Godzilla movies sat on ice for several years after, until Gareth Edwards gave the property a more grounded makeover with his own Godzilla reboot in 2014.

Edwards' film was generally well-received and ended up grossing over half a billion dollars at the worldwide box office. The movie has since become the foundation of a shared universe known as the MonsterVerse, which continued in 2017 with the '70s-set prequel Kong: Skull Island. Up next is Godzilla: King of the Monsters, a sequel that builds on Skull Island's post-credits stinger and pits Godzilla against three equally-titanic opponents. Ghidorah is arguably the most notable of those Titans and continues to feature prominently in the film's pre-release marketing.

Total Film has revealed a handful of new photos from King of the Monsters, including an image that shows Godzilla and King Ghidorah clashing with one another against the backdrop of a city and a raging storm. Co-writer/director Michael Dougherty (Krampus) also spoke with the publication about the film's visual style and how it draws from both Edwards' Godzilla and Skull Island:

“What I loved about Gareth’s approach was that it was very grounded and very real. It felt like something you would see if you looked out your window. And then Jordan [Vogt-Roberts] pushed that further, and brought a lot of colour and vibrancy into his frames [with Skull Island]. I wanted to continue that evolution. You know, portraying the creatures as very realistic, but at the same time embracing the color that they could bring - especially when you had a three-headed dragon that shoots lightning. You sort of have to embrace a more fantastical element when you bring in a giant moth, or a giant bird born out of a volcano. You try to keep it as grounded as you can, so that it feels real. But at the same time, you’re talking about very fantastical creatures.” 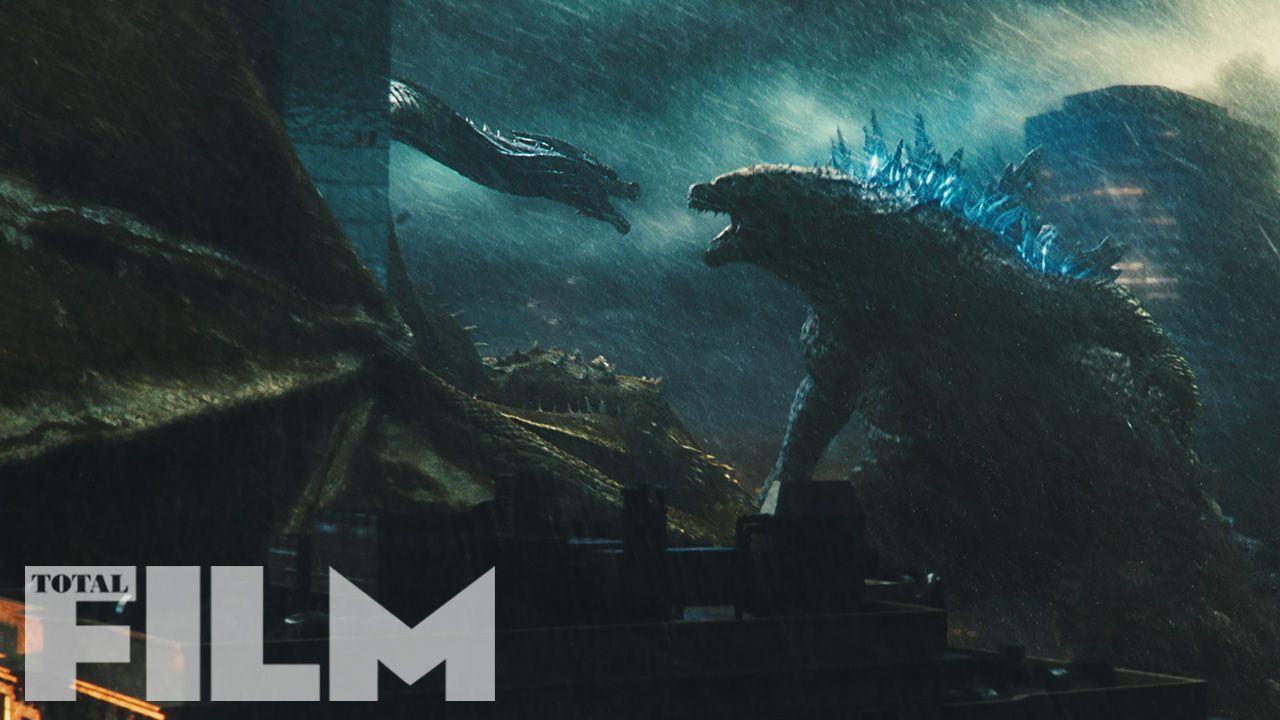 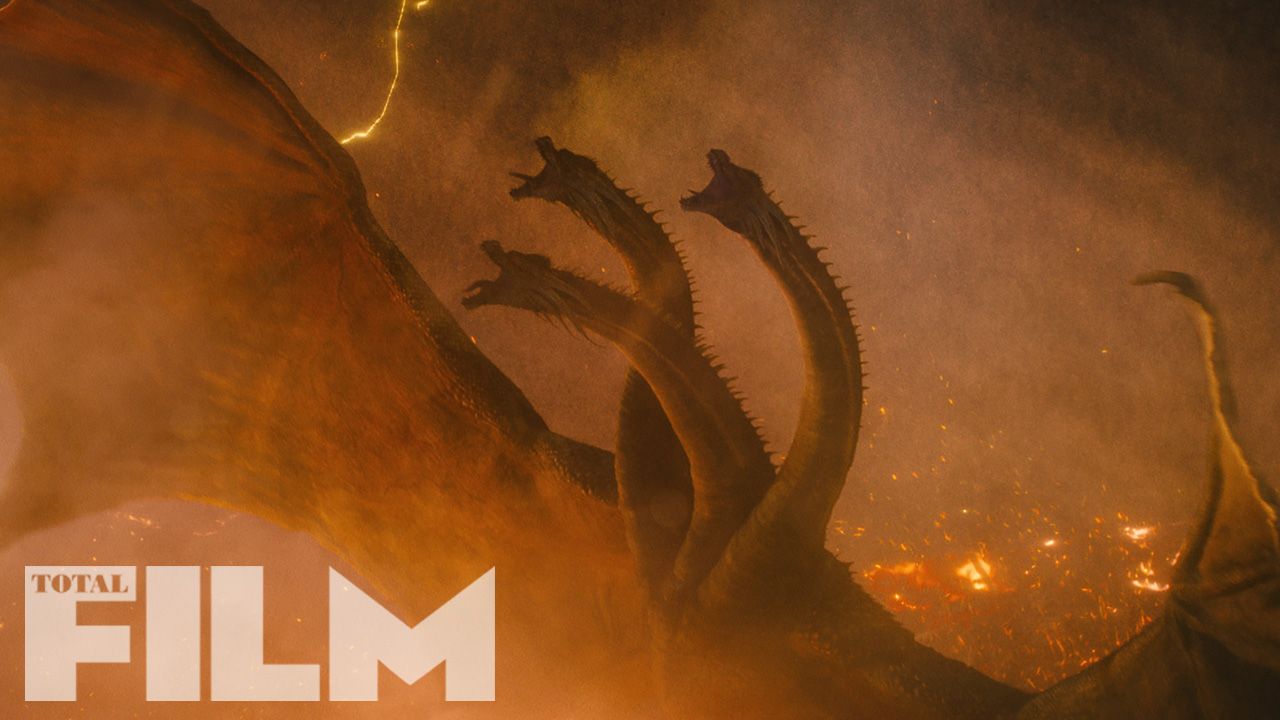 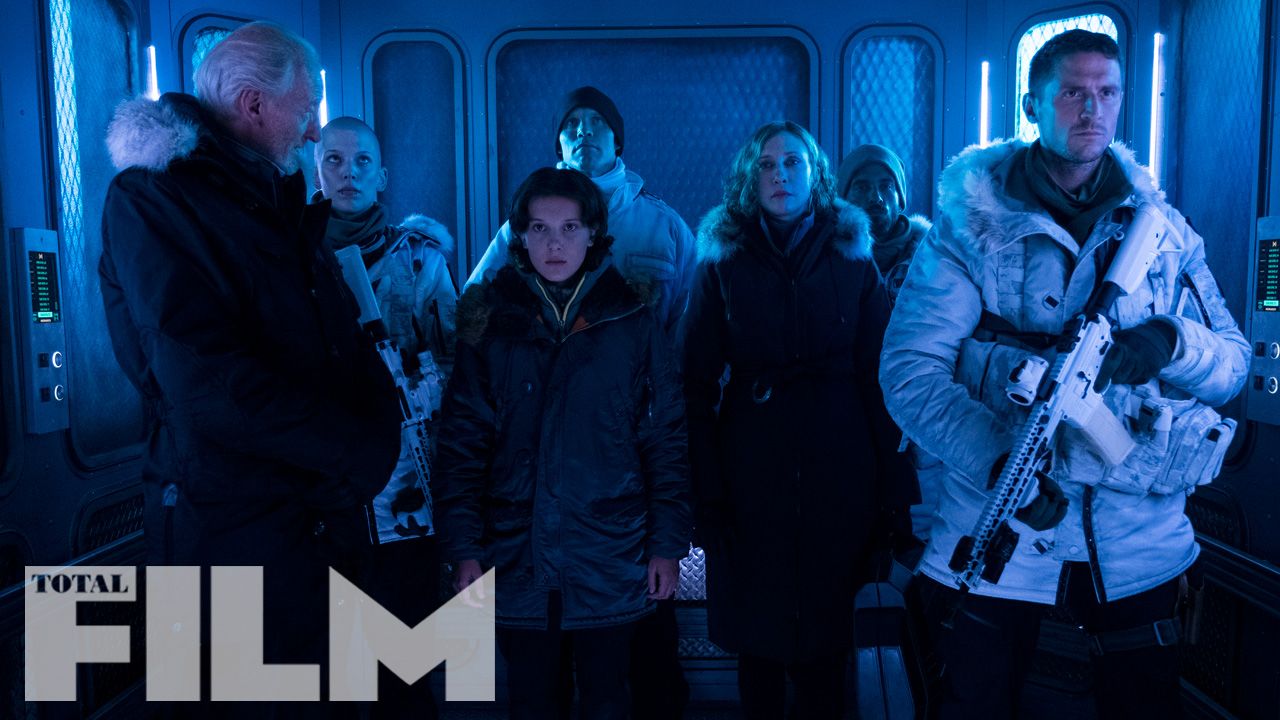 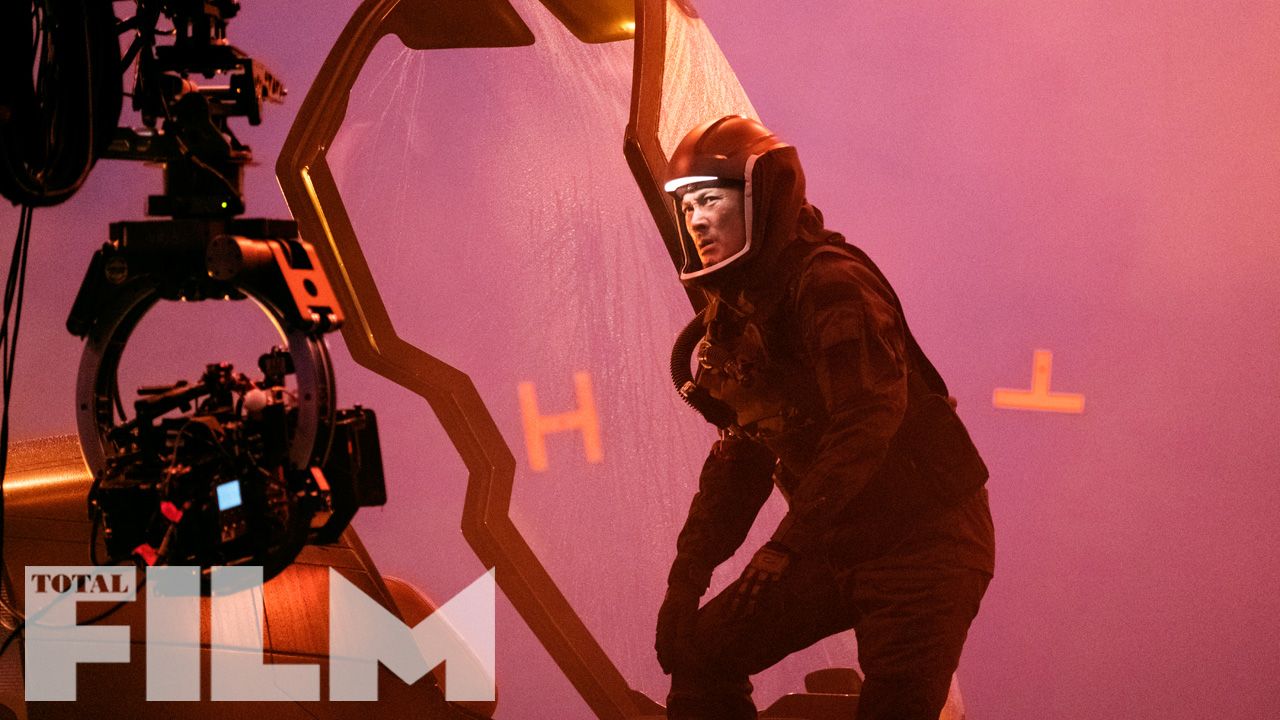 You can see what Dougherty is talking about in the King of the Monsters images and trailer footage released so far. The latest photos are full of vivid tones (blue, yellow, and green in particular) that bring Skull Island's brightly colored photography to mind, yet the imagery has a somewhat more down to earth and muted look that falls closer to the style of Edwards' MonsterVerse film than the Kong prequel. It's only fitting that King of the Monsters feels like a cross between the previous MonsterVerse movies, aesthetically-speaking. The film may be a sequel to Edwards' reboot, but it's also designed to strengthen the connection between that movie and Skull Island, as part of the build-up to next year's crossover event, Godzilla vs. Kong.

As a result, King of the Monsters brings characters back from Godzilla (2014) - like Monarch scientist Ishiro Serizawa (Ken Watanabe), who's pictured here - while simultaneously paying off Skull Island's credits tease of a showdown that involves Mothra and Rodan, in addition to Godzilla and Ghidorah. The film will also introduce new characters like Monarch researcher Emma Russell (Vera Farmiga) and her daughter Madison (Millie Bobby Brown), who's already been confirmed to return in Godzilla vs. Kong. That's a lot for a single blockbuster to accomplish (even a shared universe sequel), but so far Godzilla: King of the Monsters seems up to the task.

MORE: Every Godzilla: King of the Monsters Update You Need to Know