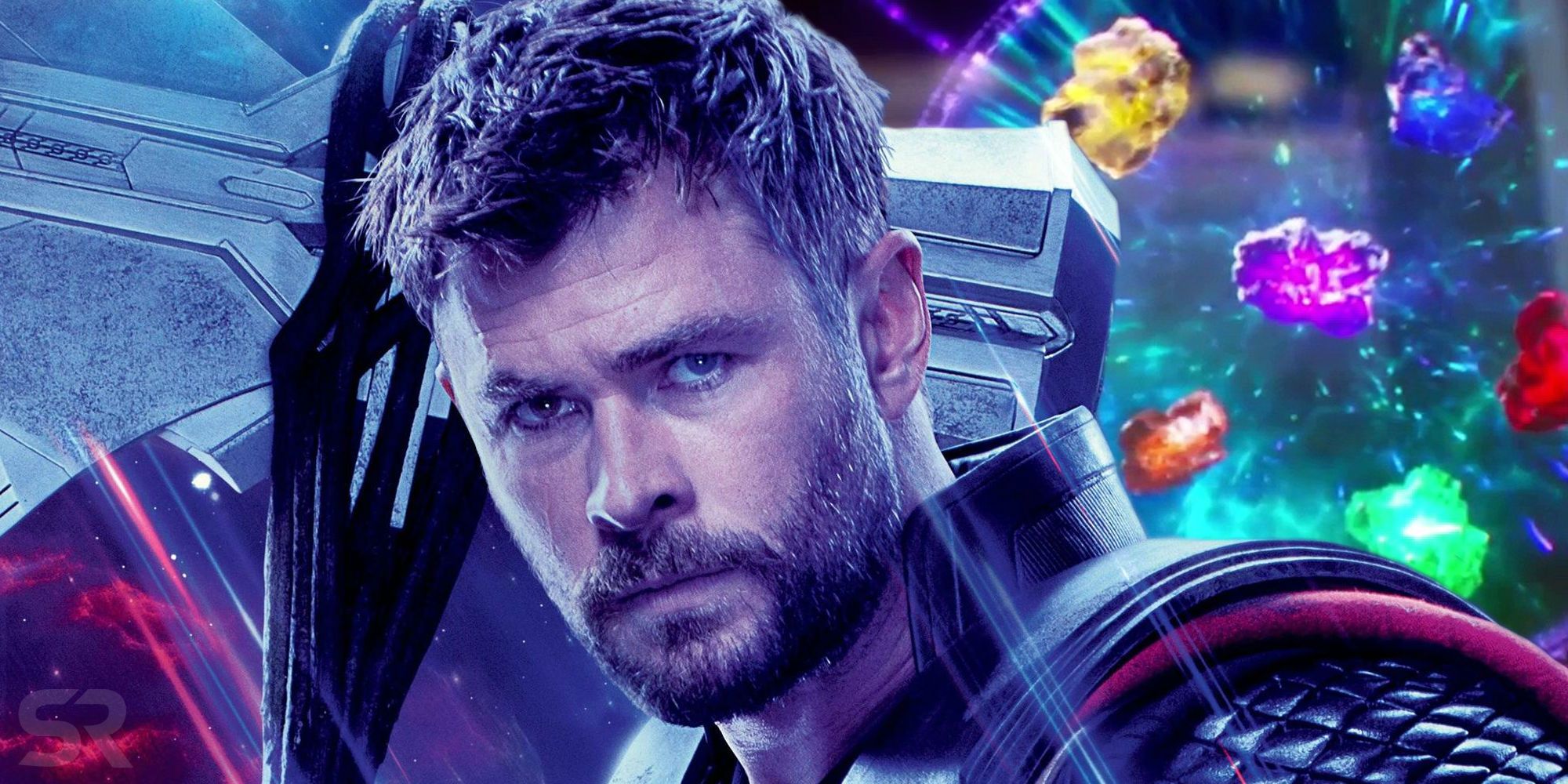 Thor could become even more powerful in Avengers: Endgame thanks to the possibility of Stormbreaker wielding an Infinity Stone. The god of thunder has gone on quite a journey in recent Marvel Cinematic Universe movies. He lost Mjolnir in Thor: Ragnarok but learned his true power comes from within. Still, with the threat of Thanos and a fully powered Infinity Gauntlet looming, Thor increased his power again by getting a new weapon, the mighty Stormbreaker.

His axe was created by Eitri at Nidavellir in Avengers: Infinity War and the film quickly showed just how powerful Stormbreaker is. Thor suddenly had access to the bifrost so he could make a dramatic entrance in Wakanda. All he wanted was to get revenge on Thanos for killing Loki, Heimdall, and half of the Asgardian population aboard the stolen Grandmaster ship. When he saw his shot at the Mad Titan, Thor tossed Stormbreaker towards him, and not even the full power of six Infinity Stones could stop it. Unfortunately, Thor didn't aim for the head and Thanos was still able to snap away half of the universe's population.

RELATED: Everything We Know About Thanos' Role In Avengers: Endgame

The might that Stormbreaker showed in this instance though was extraordinary. The Infinity Stones have been central to the MCU for the last eleven years and their power is nearly unmatched and difficult to control. Captain Marvel and Scarlet Witch received their power from Infinity Stones, while they amplified the power of Vision and Doctor Strange. But, only the Infinity Gauntlet has shown the ability to truly hold their power.

However, there has also been precedence for the power of the Infinity Stones to be merged with other objects; case in point, Ronan the Accuser's hammer in Guardians of the Galaxy. This is an often overlooked action, but could help pave the way for Thor to harness the power of an Infinity Stone in Endgame.

Was Ronan's Hammer In Guardians of the Galaxy Made By Eitri? 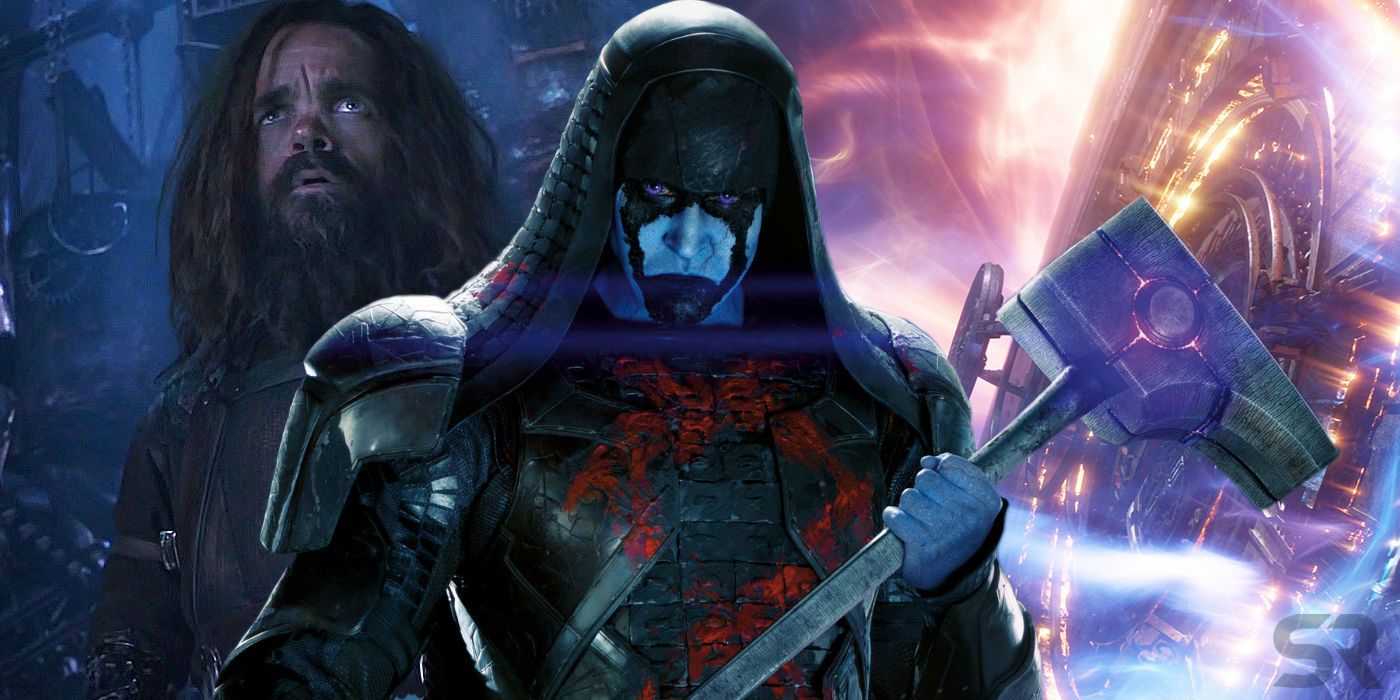 The origin of Ronan's hammer is not known, but it is traditionally a ceremonial part of a Kree's ascension through the military. They are meant to become larger as these promotions occur, and we know thanks to Captain Marvel that Ronan is the head of the Accusers. With that in mind, it makes sense for the leader of a specific section of the military to have the most powerful hammer of them all, and could even be part of ancient Kree history. However, Guardians of the Galaxy shows that this is not even a slightly more powerful weapon, but one that has the ability to control an Infinity Stone.

This makes Ronan's hammer one of the most powerful weapons in all of the MCU, as it is the only other weapon besides the Infinity Gauntlet to control the power of an Infinity Stone. On the surface, the two weapons are not remotely similar to one another, which makes this capability of Ronan's hammer all the more fascinating. That said, we do know that the Infinity Gauntlet came from Nidavellir, a legendary weapons manufacturer. This has led us to theorize that Ronan's hammer may also be a creation of Eitri since it can also harness Infinity Stones - and could open up the door for other major MCU weapons to do the same.

If Ronan's Hammer Can Wield An Infinity Stone, Can Stormbreaker? 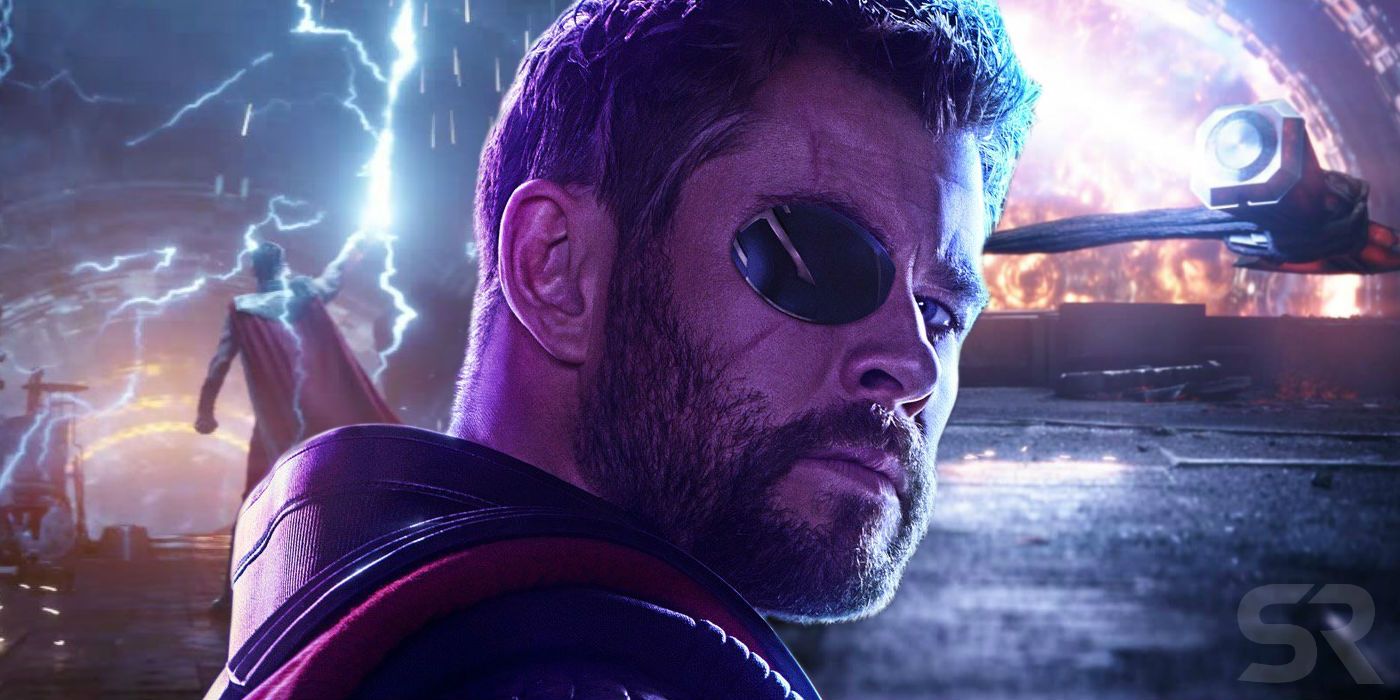 Nidavellir has been positioned as the origin of the galaxy's "most powerful, horrific weapons" according to Rocket, and is responsible for the creation of many weapons, beyond the possibility of Ronan's hammer originating from here. Between Mjolnir, Stormbreaker, and the Infinity Gauntlet, Eitri and his fellow dwarves crafted some of the finest and most powerful weapons the universe has ever seen. In the instance of the Infinity Gauntlet, we know that Thanos specifically told Eitri to fashion it so that he could hold the power of all six Infinity Stones. What we may not know, though, is that the ability to do so is actually a built-in capability for Nidavellir weapons.

Each of their weapons are forged from the heart of a dying star and created with Uru metal, and the combination of the two could potentially be the key to the ability of these weapons to control such power. Since the Infinity Gauntlet and Ronan's hammer have shown the ability to use the power of an Infinity Stone, it's easy to connect the origin of the latter to Nidavellir as well. If this is true, then Stormbreaker would also have this ability. The ultra-powerful axe is the latest creation by Eitri in Infinity War, and this would mean that there is still another level of power that Stormbreaker can achieve, which could be put to use in Avengers: Endgame.

Page 2: Thor Could Wield An Infinity Stone In Endgame With Stormbreaker 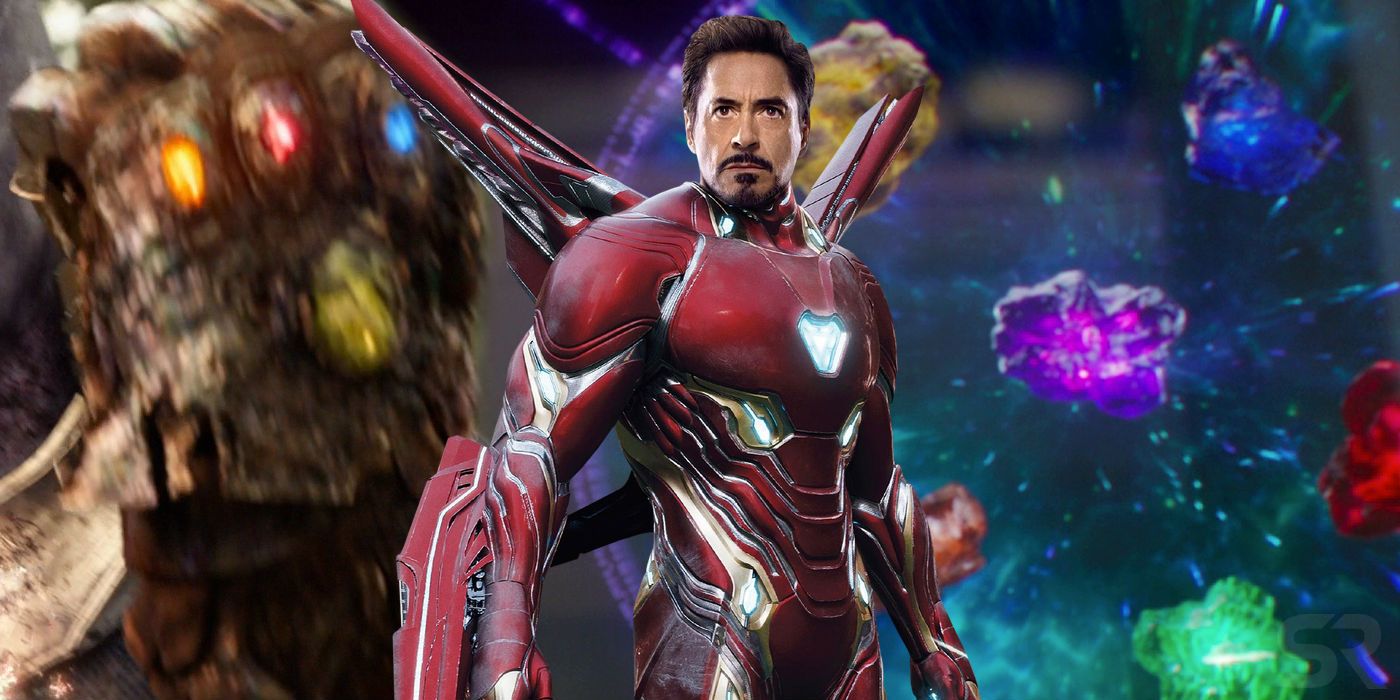 It was Thanos' plan in Infinity War to collect all six Infinity Stones to achieve his goal, and even though Marvel Studios is doing a great job of hiding plot details of the followup, we have received a small, but important, tidbit on what the Avengers plan to do next. Footage from Endgame that was shown to Disney shareholders and to press at CinemaCon teased that the Avengers want to steal the Infinity Stones from Thanos. This plan involves a majority of the heroes flying off into space with the destination being Thanos' "garden" and the goal to get the stones for themselves.

If the Avengers are planning on undoing or reversing the snap using the power of the Infinity Stones, this does ultimately make us wonder if any of them even possess the necessary strength to wield that much power. While Thor is an Asgardian and Carol Danvers has partially Kree DNA, the rest of the team is made up of regular humans, a cybernetically enhanced alien, a raccoon, a super soldier, and the Hulk. They may be a powerful team with their combined strengths, but none of them may be capable of wielding this much power on their own. Thankfully, anyone strong enough to wield a Nidavellir weapon may also then have the capability of controlling a stone.

Of course, we don't know exactly what their method will be to undo the snap if they do get the Infinity Stones for themselves. They could devise a whole new way of controlling the stones or attempt to use time travel to stop Thanos from ever doing the snap to begin with. Some have even theorized that Thanos could reverse the snap himself, but there is another possibility that Stormbreaker could help them realize.

Stormbreaker Can Allow Thor To Use An Infinity Stone In Endgame 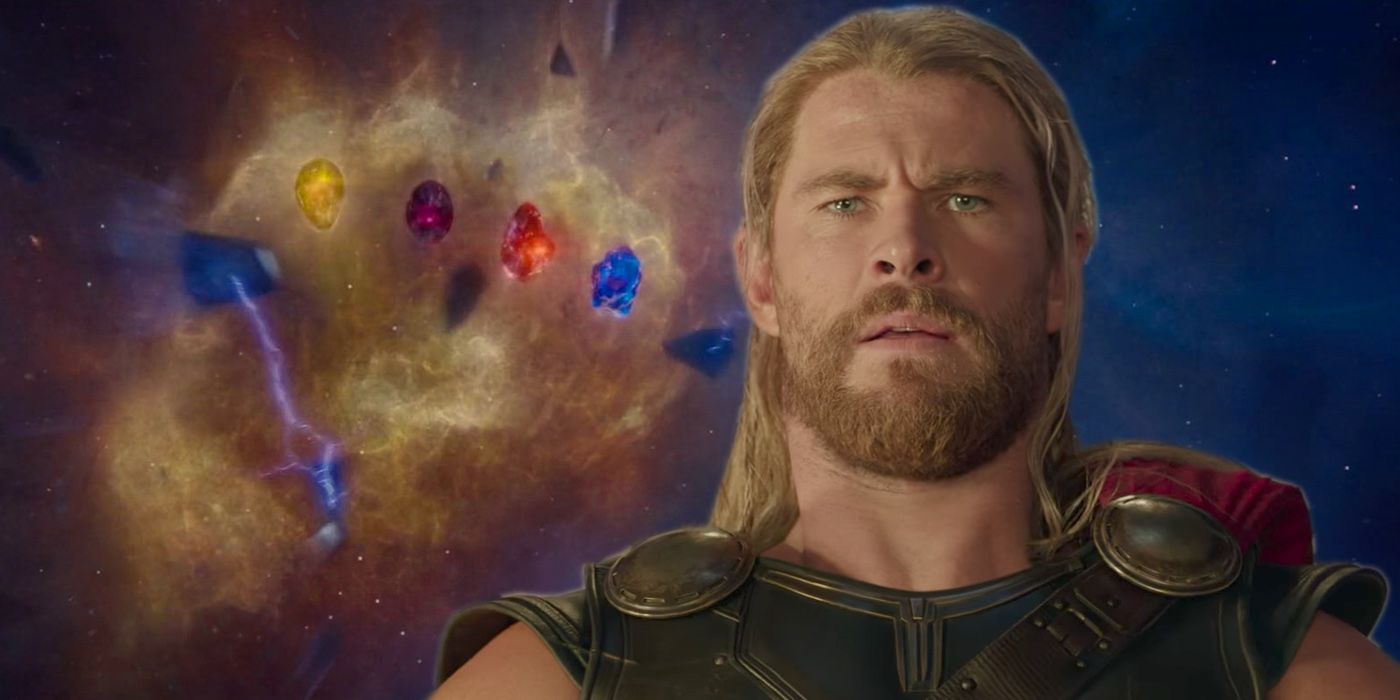 In order to reverse the snap and truly defeat Thanos, the Avengers may individually have to take on the burden of an Infinity Stone to collectively give them the strength to do what needs to be done. If this is the case, then it is possible that Thor will be one of the Avengers chosen to take on such power. Whether he knows this already or learns it at some point in Avengers: Endgame, Stormbreaker's possible Infinity Stone wielding capabilities will help give them a new surprise to throw Thanos' way.

There's been no signs of this happening in Endgame, but since Marvel is hiding so many details about the movie, it could be possible that fellow Avengers will also get Infinity Stone wielding weapons. Some supposed concept art for Endgame previously teased an axe that looked like one Captain Marvel has held in the comics, so this could be a weapon she receives to hold a stone all by herself. Additionally, Iron Man could get an entirely new set of armor from Nidavellir, while a second or past version of Mjolnir could be brought into the picture for someone like Captain America to use. There is still a lot that Endgame will need to confirm before any of this happens though. But since this is just a theory at this point, we can only hope to see how Avengers: Endgame incorporate these potentially fascinating elements.