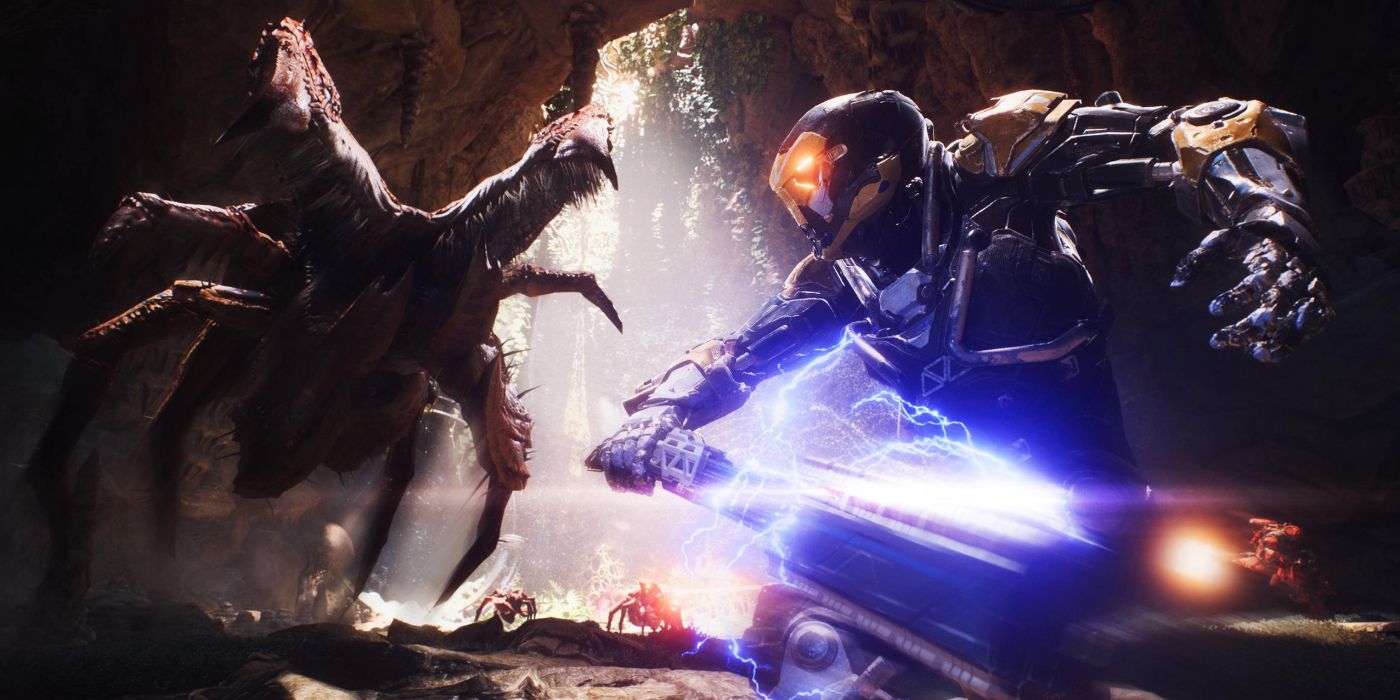 EA is aware of the problems with Anthem that have been causing some players' PlayStation 4 consoles to crash. PS4 players began reporting these problems shortly after Anthem's release, stating that the game crashes the console, sometimes causing it to shut down and repair itself when turned back on. The problem has become so bad that some users have even received refunds directly from Sony after requesting them.

Anthem is the ambitious looter shooter developed by BioWare that takes place in a world abandoned by its gods. However, the gods left behind their tools of creation, with the most powerful being the Anthem of Creation, hence the game's title. Players take on the roles of Freelancers who wear exosuits called Javelins who are given missions to stop the Anthem of Creation from falling into the wrong hands, most notably the Dominion, an evil organization who would wield the Anthem's power for itself. Although the game's description, story and setting seem promising, its release has been a bit of a mess. The title has been plagued with problems, and it's become so public that one Diablo 3 developer went so far as to make a list of the issues with recommendations on how BioWare can fix them. Word of Anthem's problems spread fast, and as a result, its physical sales are only half of what BioWare's previous title, Mass Effect: Andromeda, brought in. That's also taking into account that Mass Effect: Andromeda didn't do so well for the company either.

Related: Don't Play Anthem Until It's A Full Game

The good news is that EA is aware of the PS4 crashing issue. The company took to Twitter to make an announcement to players having problems with Anthem on that console and asked them to post on an Answers HQ thread about it. That thread currently has 96 pages of players reporting the PS4 crash problem, indicating that it's more widespread than initially thought.

However, in the meantime, Anthem continues to have bugs and glitches, although one in particular can be used to players' benefit. BioWare continues to take feedback seriously and even announced it would make big changes to the game's loot system after reading players' complaints about the current system.

Will these changes happen too late to salvage Anthem, though? It's highly likely that those PS4 players who received refunds won't ever return to the title. It's also the worst-reviewed game in BioWare's history. A lot of time, effort and money went into putting Anthem together, so BioWare probably won't abandon it anytime soon, and the developer has historically delivered on a level few other studios have been able to maintain. There's a good chance the game can be saved, but in the mean time, players might want to stay away until the storm settles.