Spider-Man #2 is in stores from Marvel Comics on Wednesday, by a famous person’s kid and Sara Pichelli. We’ve got a preview below. 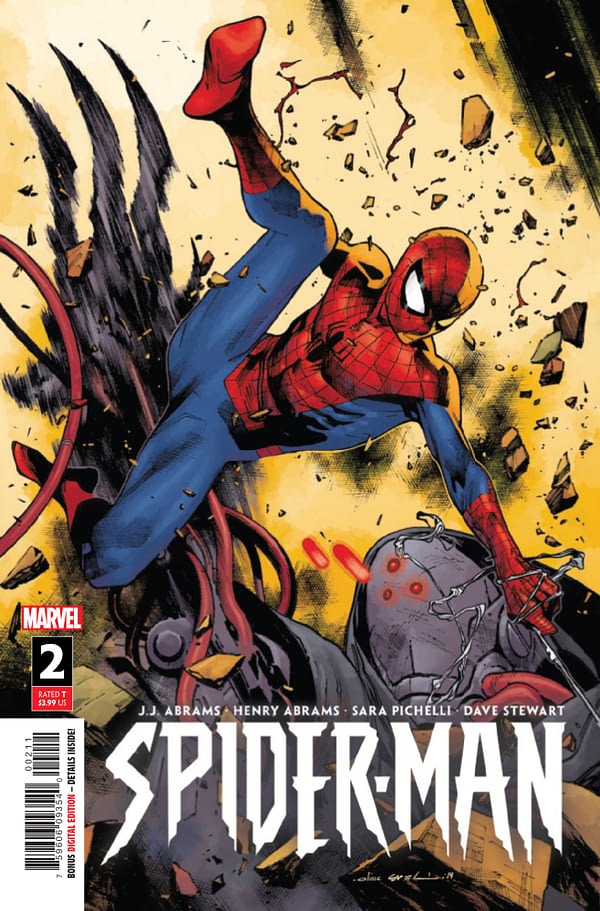 The recap page catches us up on the shocking events of the first issue, in which Mary Jane was killed, Peter Parker quit being Spider-Man, and his their son Ben has begun developing spider powers. 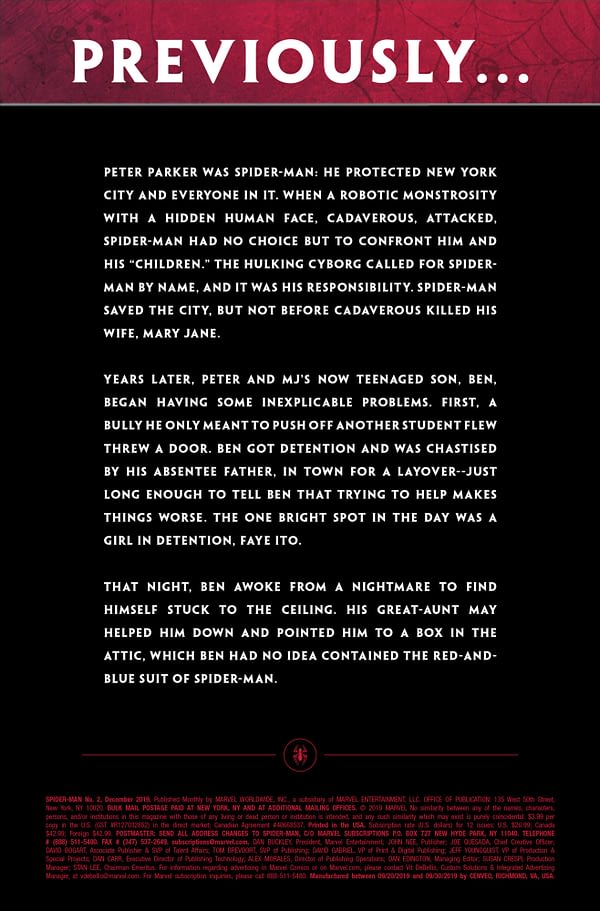 The preview opens with Cadaverous plotting… 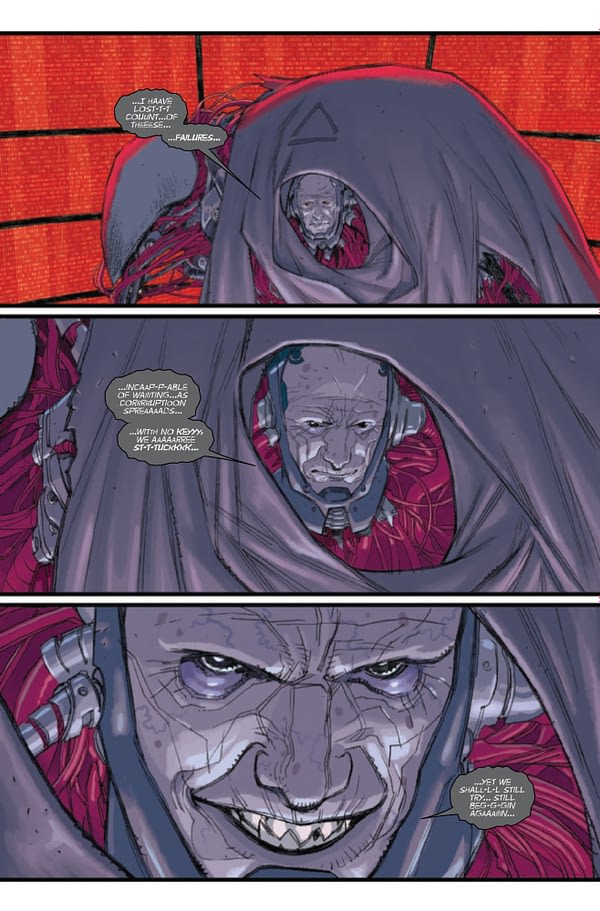 …and continues with Ben sulking about his deadbeat dad. 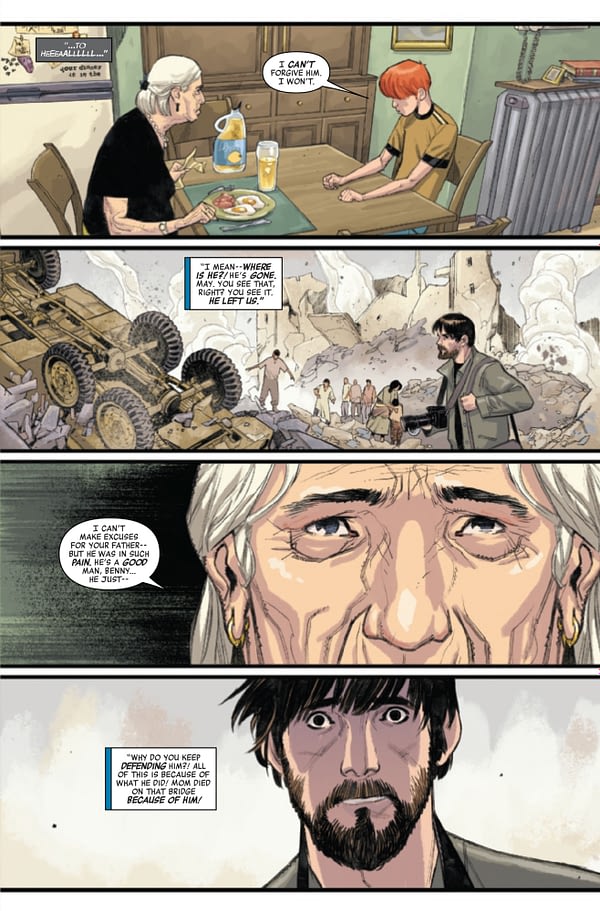 It looks like Ben already has what it takes to be a big time superhero because he has the same thing Batman, The Incredible Hulk, Superman, and so many others have: daddy issues. 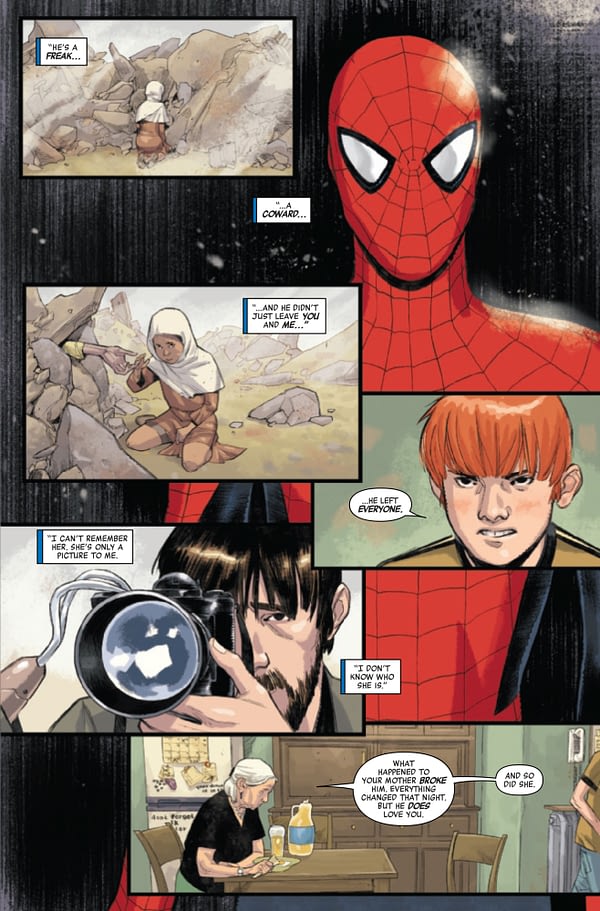 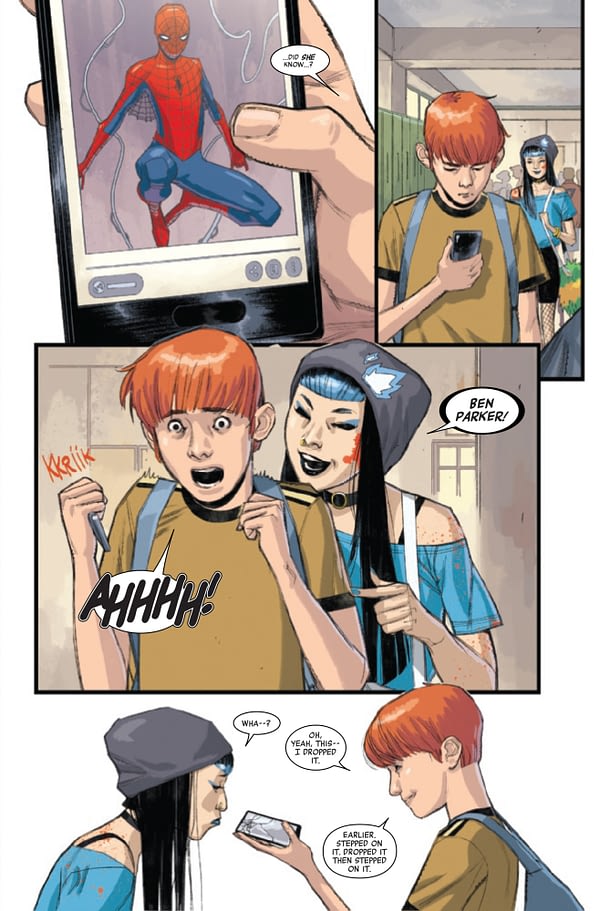 …as Ben’s anti-bullying program is reaping some unexpected rewards. 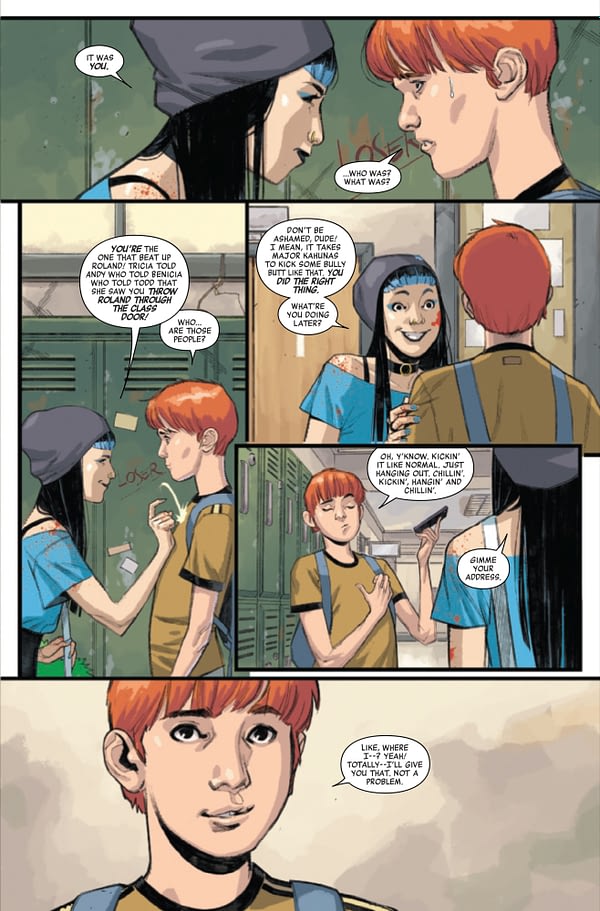 Spider-Man #2 is in stores on Wednesday.

SPIDER-MAN #2 (OF 5)
AUG190900
(W) J. J. Abrams, Henry Abrams (A) Sara Pichelli (CA) Olivier Coipel
• The most anticipated comic event of the year continues from J.J. Abrams (Star Wars, Star Trek, Lost, Alias), Henry Abrams and Sara Pichelli (SPIDER-MAN, GUARDIANS OF THE GALAXY)!
• Peter and Mary Jane have had their first run in with the new villain Cadaverous and it did not go well. What horrific impact from this horrific villain will scar them the worst?!
Rated T
In Shops: Oct 16, 2019
SRP: $3.99