Contagion #3 is in stores from Marvel Comics next week, by Canada’s favorite son Ed Brisson and more. We’ve got a preview below. 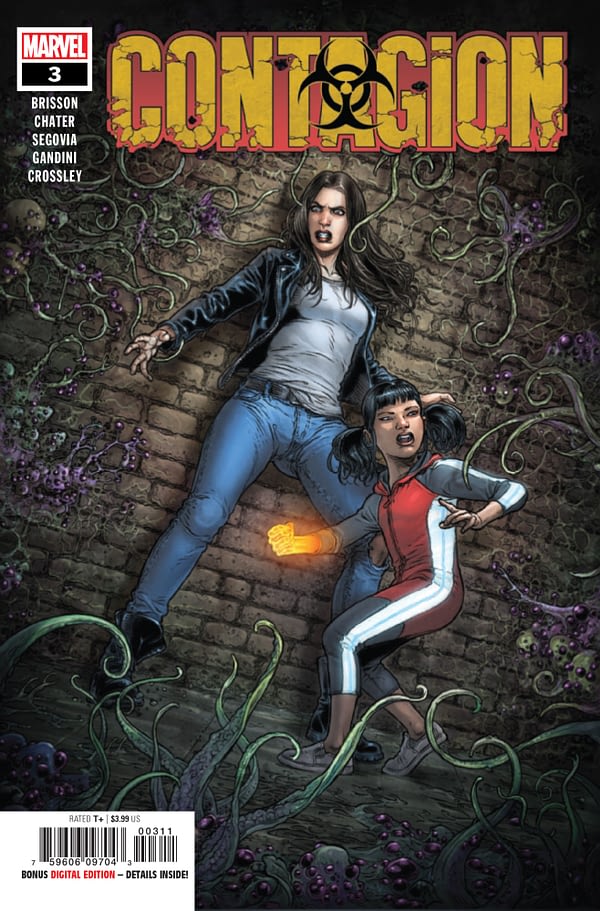 No recap page. This series comes out weekly. Just read the previous issue. Basically, the Marvel Universe New York City has got a really bad case of foot fungus… but it’s not just affecting feet. 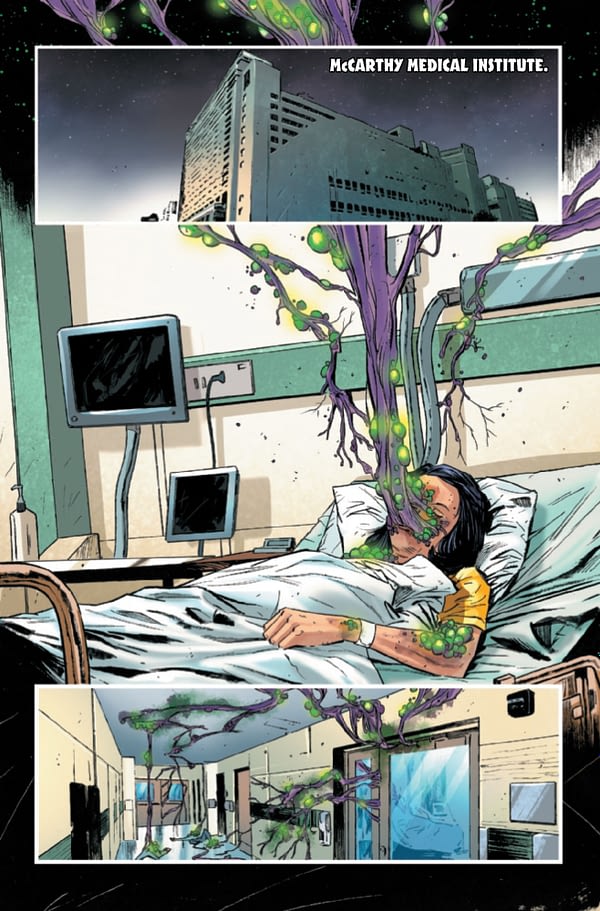 Lots of people have been taken over by the contagion, including many of Marvel’s heroes. 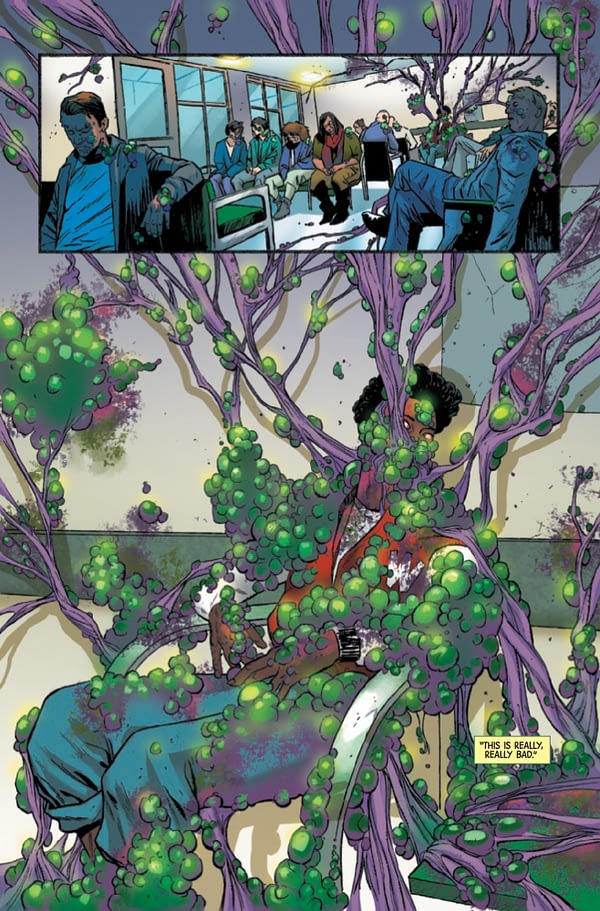 A few remain, trying to combat the invasion… but there’s just one problem… 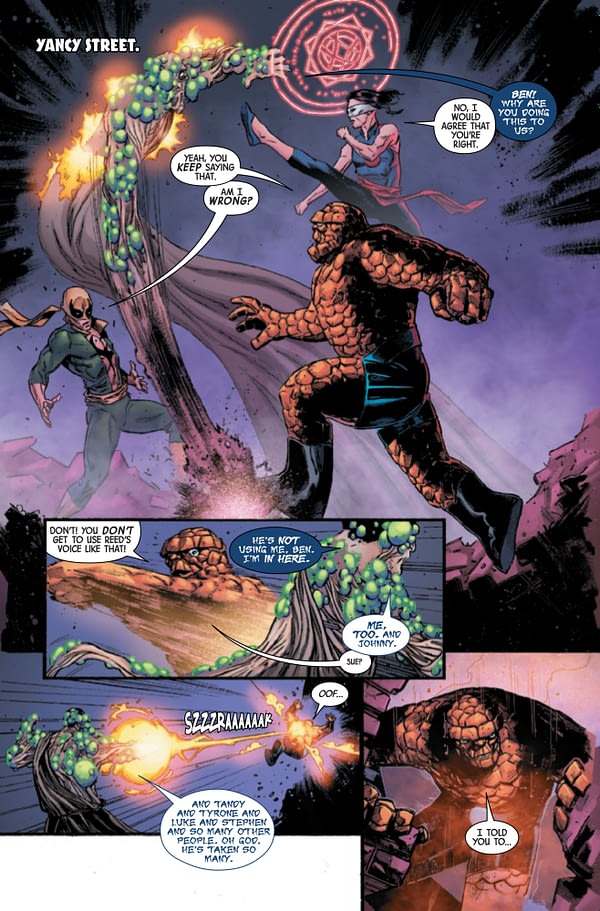 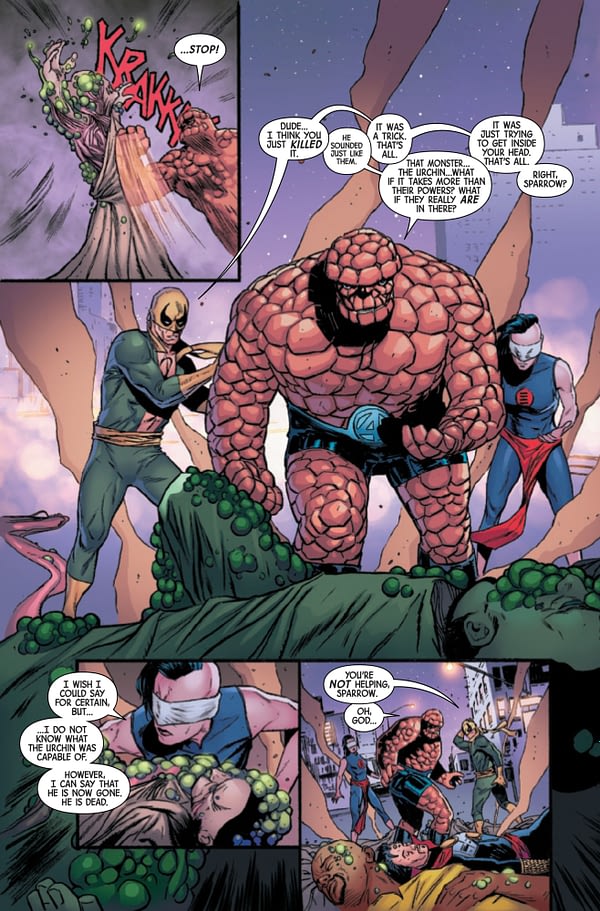 Ben is feeling pretty guilty about this. 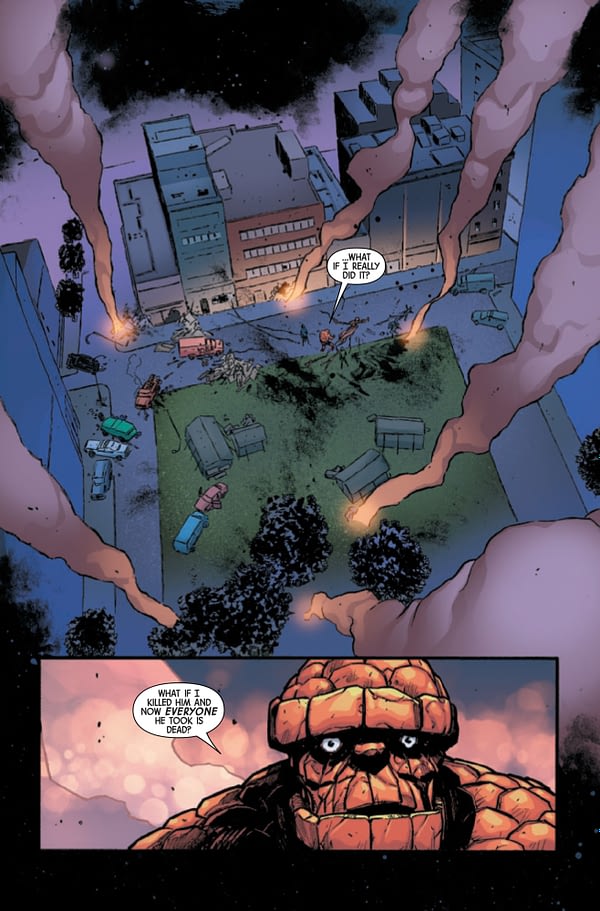 Will this be the end of the Marvel Universe? You’ll have to pick up Contagion #3 on Wednesday to find out. Probably not though. They’ll surely work it out in the next three issues.

CONTAGION #3 (OF 5)
AUG191019
(W) Ed Brisson (A) Roge Antonio, Stephen Segovia, More (CA) Juan Jose Ryp
A NEW EVIL BEYOND UNDERSTANDING COMES TO THE MARVEL UNIVERSE!
A seemingly unstoppable force has invaded the Marvel Universe, and it’s going to take every hero the streets of New York has to stop it! A strange substance is taking over heroes and citizens alike, draining them of their life force, stealing their knowledge and abilities, and neither science nor magic can stop it! Where did it come from? Can anything destroy it? And who will fall to its awful, overwhelming power?
Parental Advisory
In Shops: Oct 16, 2019
SRP: $3.99