The box office results are in and it looks like How To Train Your Dragon: The Hidden World has won over audiences.  Some well known franchises can tend to take a nose dive in quality after so many movies. However, this film bucks that trend. It's unusual to find a threequel that satisfies fans expectations with both breathtaking spectacle and intimate character moments. With that said, enough of us have now watched it to start digging into some of the plot's finer details. There are both plot holes as well as terrific moments worth discussing.

RELATED: How to Train Your Dragon: The Hidden World Review

10 Plot Hole: The Hidden World Was Not Mentioned In Previous Movies

The movie does an admirable job weaving in a secret dragon kingdom into its plot. But darn it, you can't fool us DreamWorks! The Hidden World was not a location mentioned in the two previous movies. Gotcha.

Admittedly, there is nothing inherently wrong with sequels adding new settings and worlds to their mythology. However, this particular franchise has always emphasized the importance of Hiccup's upbringing. So, it's odd that we had never heard Stoick mention the Hidden World to Hiccup in prior entries. Either way, the film's big flying scene in the titular location is breathtaking. 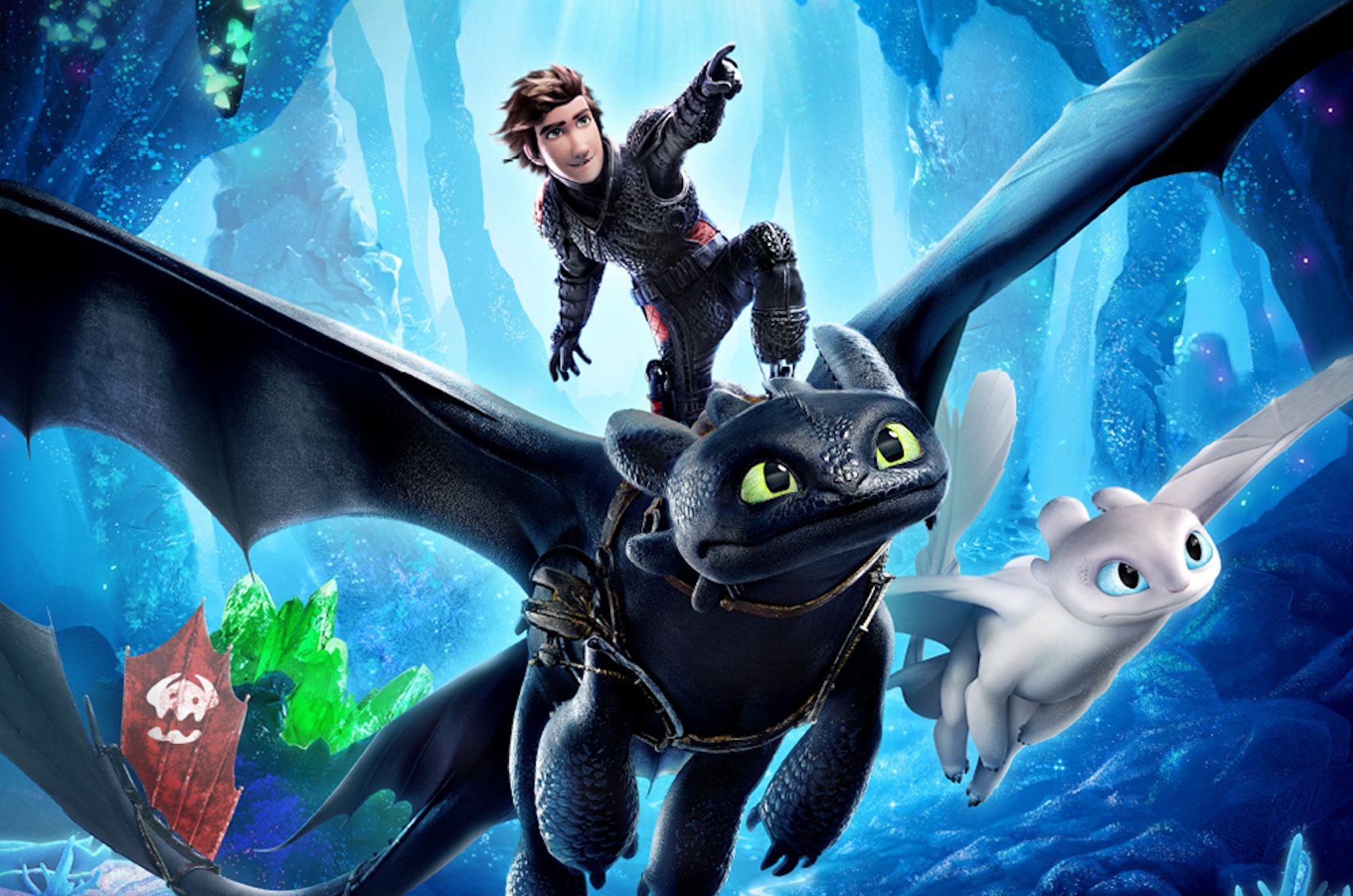 In one of the most intense climactic scenes Grimmel captures Toothless and Light Fury. Now, it is important to note that at this point in the movie Toothless has been established as the Alpha dragon. Considering Alphas have the ability to control other dragons, Grimmel forces Toothless to stop the dragons from attacking.

RELATED: Top 10 Easter Eggs In How To Train Your Dragon: The Hidden World

Grimmel is debatably the franchise's most deadly villain. This stems from the fact that he uses a poisonous dart gun to subdue and control other dragons. Bear with us for a moment, but we're actually going to say something that could have helped Grimmel defeat Berk. Like, he could've merc'd them. Okay, maybe we're not helping the guy, but we do want to point out some holes in his motivations.

RELATED: How To Train Your Dragon 3 Is A Box Office Success (After One Weekend)

Throughout the movie Grimmel is the only character to extract dragon venom and use it against his enemies. Since the venom supply is established as to be bottomless, why wouldn't Grimmel make enough poisouness darts for his entire army of men? This would have surely sealed Grimmel's victory against Berk. We'll stop now. This is getting diabolical.

7 Plot Hole: Why Can't Humans Live In The Hidden World? 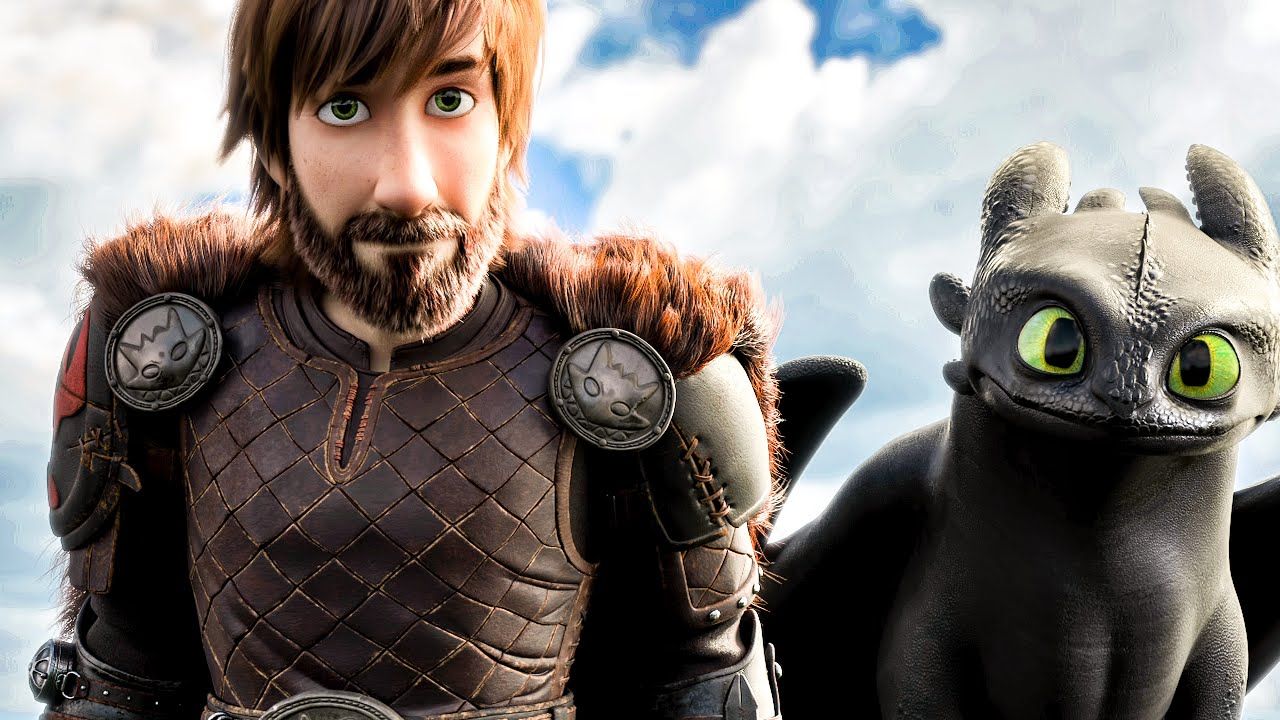 Also, why can't the Hidden World just be a place people can visit in real life? It's like a giant neon Petsmart doggie motel for vikings and their pet dragons.

Anyway, the real question revolves around why the people of Berk ended up choosing not to live in the Hidden World. The film's central goal has Hiccup uprooting his people so that they can live harmoniously with dragons inside the Hidden World. Yet, in the end Hiccup's ultimate decision is to live separately from dragons.

According to the plot's logic Hiccup makes this decision because he sees how happy Toothless has become living amongst his own kind. On the other hand, a potential plot hole emerges when taking into account that Toothless leaves the Hidden World at the beginning of the third act in order to save the people of Berk. With that in mind, it now seems like Toothless is okay living with humans, but that Hiccup is not okay with this idea. Maybe a simple chat about their idealogical differences would've cleared this up for Hiccup and Toothless? 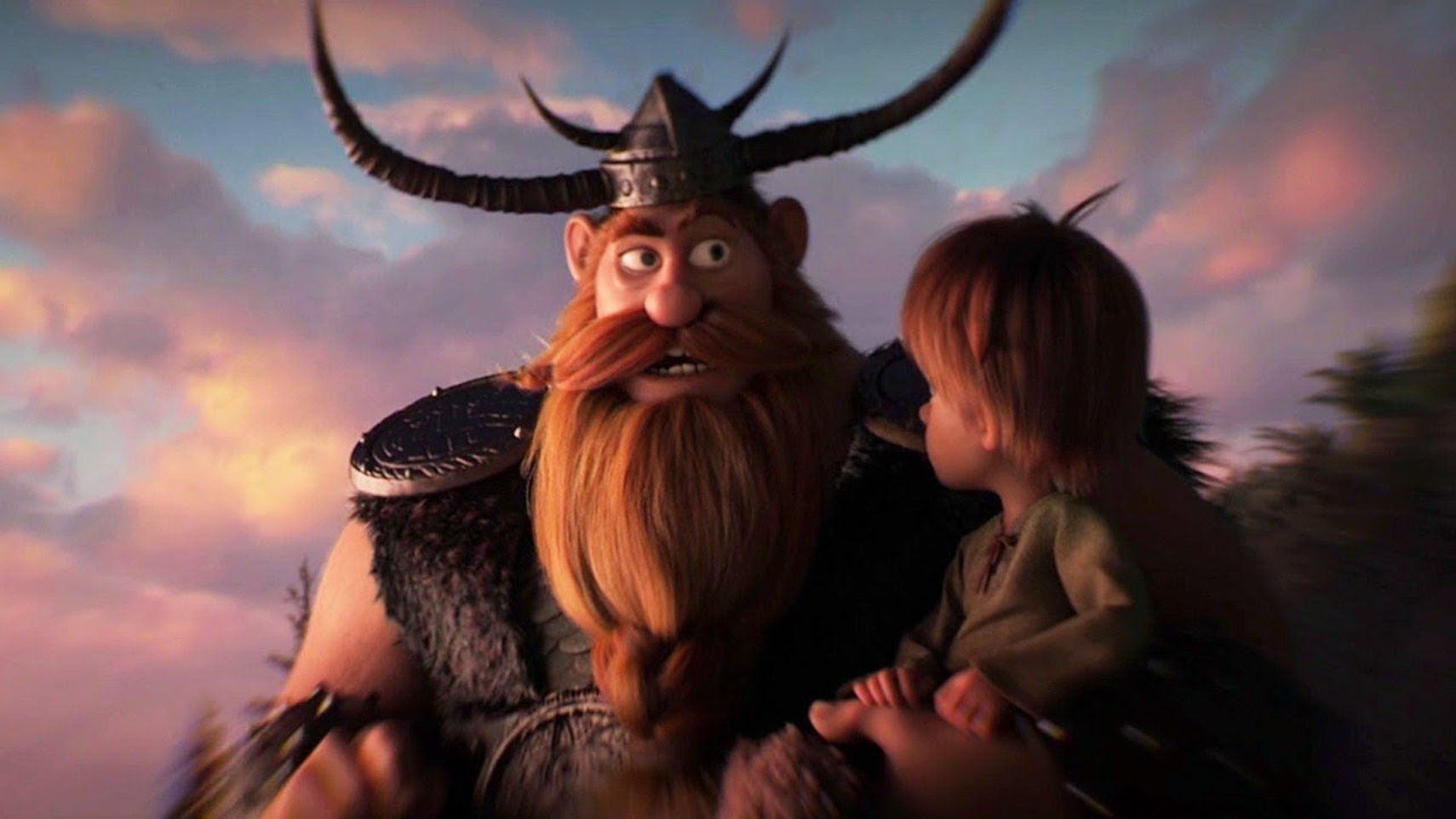 This is another plot hole that fits into the larger context of the whole series. The first movie establishes Stoick as a hardened warrior that wants nothing more than to wipe out dragons from the face of the earth. Yet, this film does a sort of soft retconning with the character. There are a number of flashbacks showing Stoick telling Hiccup that he desires to seal off the Hidden World so that humans and dragons can live peacefully. In a way, this contradicts the blood thirsty Stoick we meet in the first movie.

If nothing else, at least these flashbacks gave audiences another chance to listen to Gerard Butler's beautiful voice.

Just when we thought that these movies couldn't give us any more feels, they had to go ahead and give us Toothless and Light Fury. A.K.A. #toothfury. Just like the first movie, the filmmakers do an incredible job of using a single flight sequence to establish a relationship between two characters. What makes Toothless and Light Fury's romance particularly special is that it is all conveyed without dialogue.

RELATED: How To Train Your Dragon Trilogy, Ranked Worst To Best 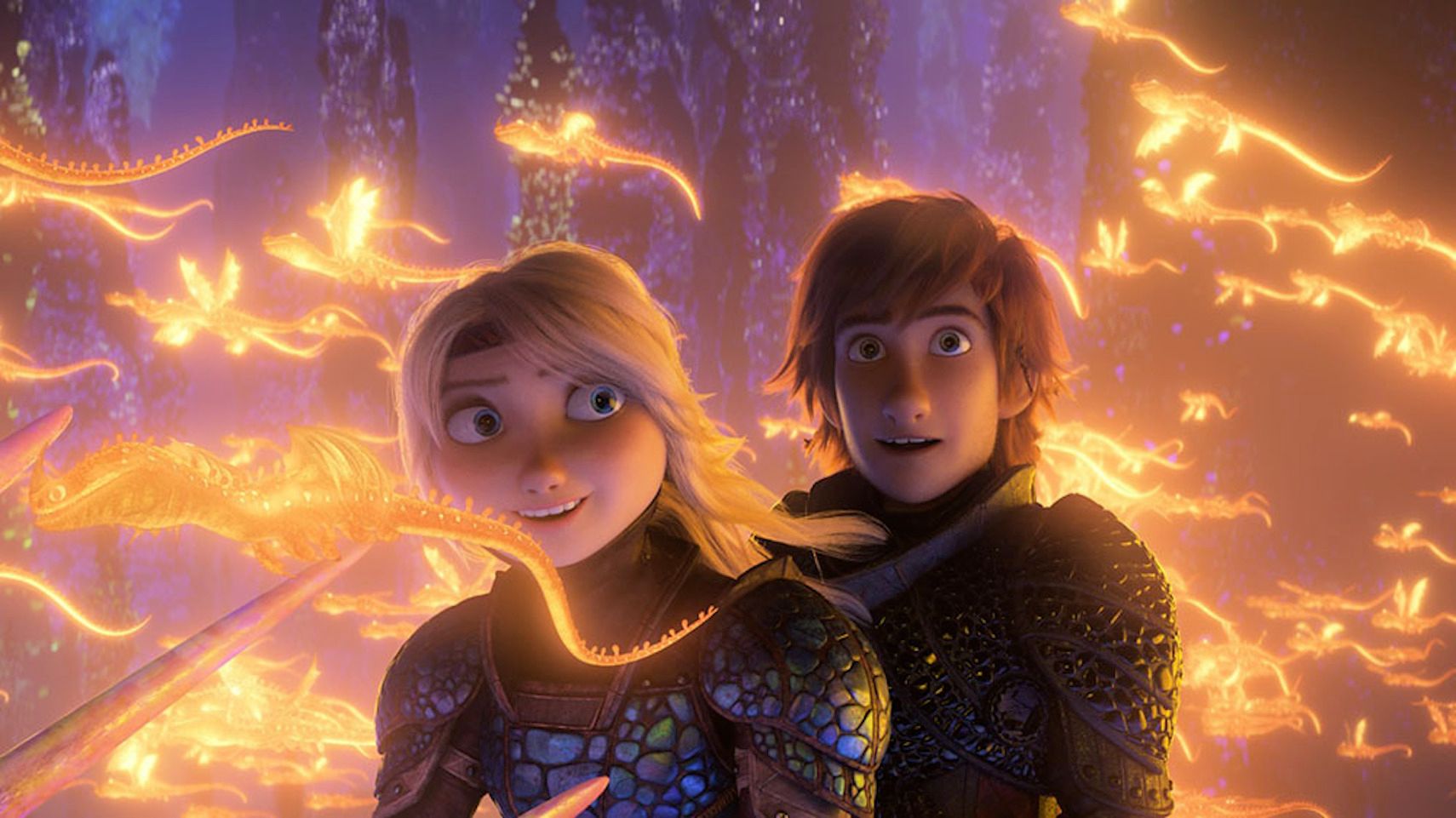 Hiccup and Astrid getting married is a moment that has been anticipated from the beginning of the series. What is even better is that their marriage is both a fitting conclusion for these two characters as well as the series' thematic notions of growing up. We're calling it now, Toothless' family meeting Hiccup's family will end up being one of the most emotional movie moments of 2019.

RELATED: 30 Things Everyone Completely Missed In How To Train Your Dragon 3

3 Awesome: Gobber and the Hobgobblers

These films have never had their shortage of hilarious Gobber moments. This one takes the cake with the running gag between Gobber and the tiny Hobgobbler's.

Never mind the fact that the Hobgobbers would make an amazing addition to any kid's plushie collection, but they also serve as a hysterical mini character arc for Gobber. He starts off scared of the small dragons (the ongoing bit of them disappearing provides some of the film's biggest laughs) and comes to love them by the end. It's a testament to the movie's craft that it can juggle comedic and character moments in equal measure. 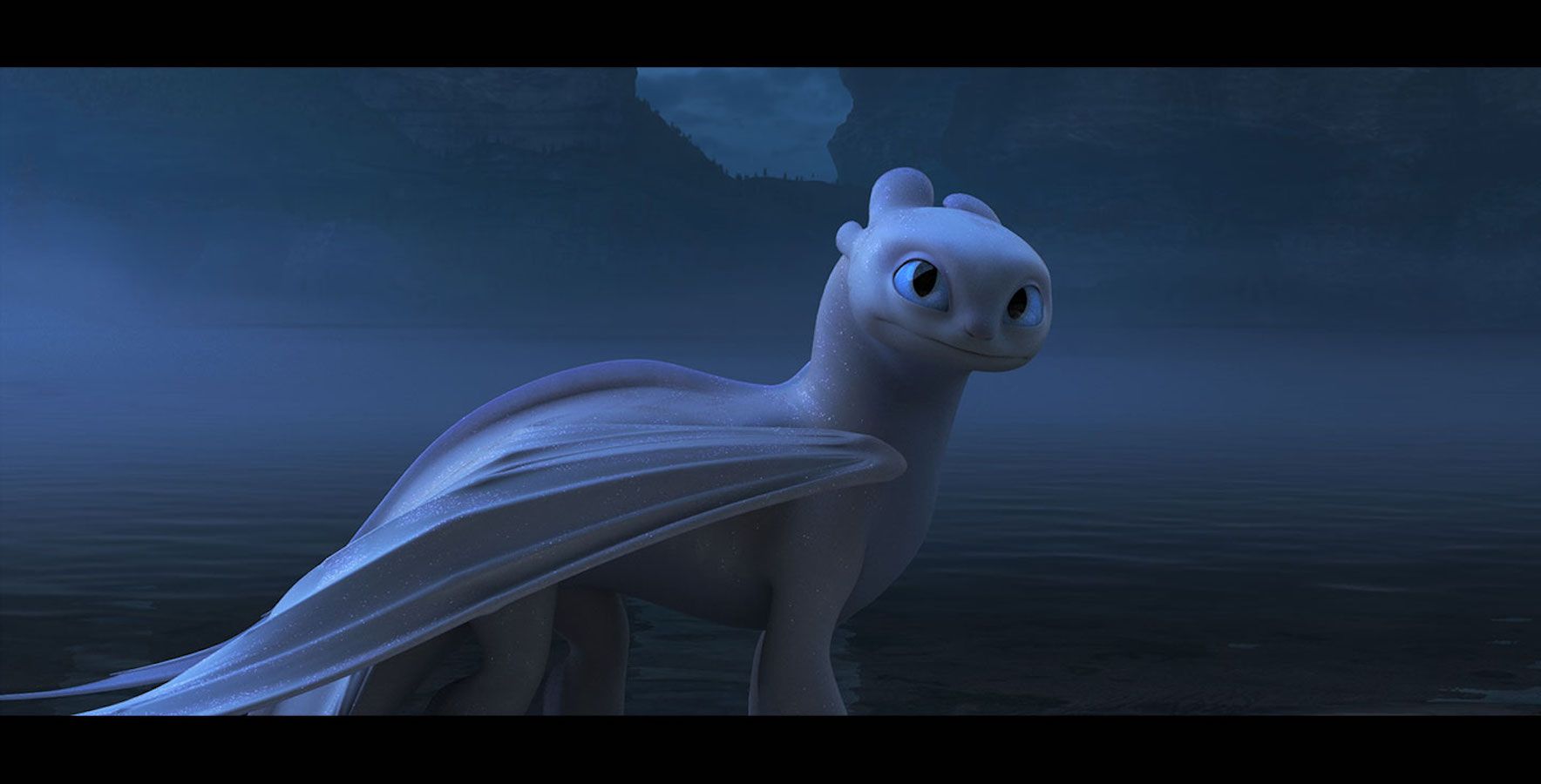 In one of the film's most tense moments it genuinely looks like Hiccup might die. As he is about to fall into the ocean the audience assumes Toothless will come to the rescue. Subverting expectations, Light Fury rushes in at the last minute to save Hiccup. It's easily one of the most triumphant and fist pumping scenes. Moreover, what makes this such an inspiring sequence is that it's the moment where Hiccup realizes Toothless has found his soulmate.

#cupfury forever. There was no way we weren't going to say that. 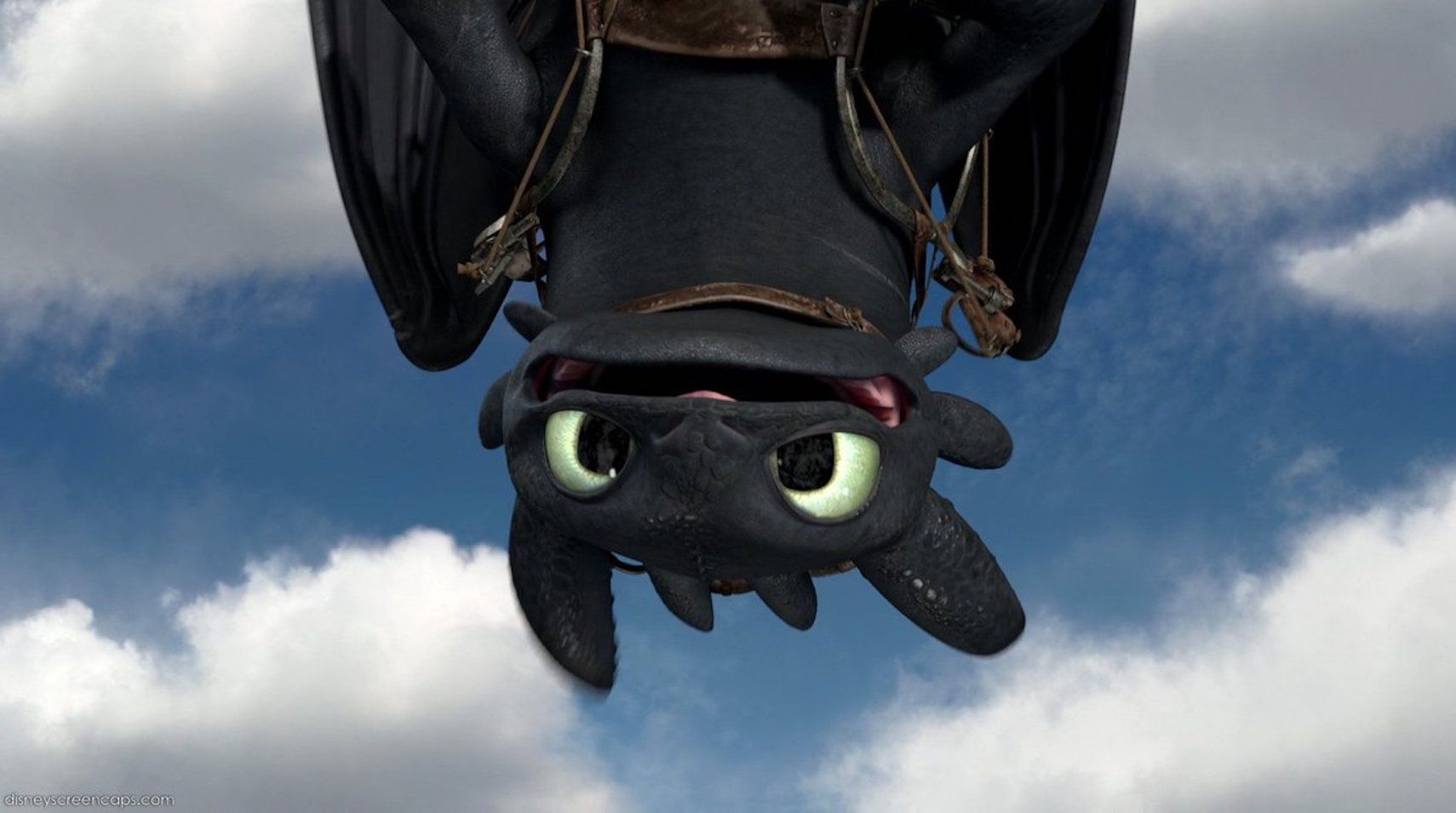 This movie could have been a hot mess (it isn't, it's amazing) and all that would have mattered is if it stuck the landing. The film's conclusion at once serves as a fitting closer to its own plot and also as a beautiful ending to the entire series. Every single theme of fatherhood, family, friendship, and tolerance comes to a head within the final fifteen minutes. What may have easily been an ending to set up cash grab sequels, instead turns out to be a poetic send off for the characters we've come to love. It's rare for sequels to be stronger than their predecessors. It's even rarer for a sequel to have an ending that elevates the entire series.

NEXT: What To Expect From A How To Train Your Dragon 4

Considering How To Train Your Dragon: The Hidden World is an amazingly intricate movie that asks viewers to pay attention to all of its details, people are bound to spot some plot holes and deep storytelling moments as well. Are there any other plot holes or moments we missed? Let us know in the comments!