10 Best Improv Moments In The MCU

Over the years, Marvel Studios has amassed an impressive group of actors. Academy Award winners, TV stars, and unknown artists have all contributed to the success of the MCU in a huge way. Obviously, actors aren't the sole reason those movies thrive. Directors, writers, cinematographers, etc are all crucial. Actors act according to the script, right? In general, yes. But every now and again, filmmakers stumble upon a great performance that does not go according to the script.

RELATED: The Most Memorable MCU Quotes

Improvisation and ad-libbing are a part of the MCU as well, and these techniques have given us a few memorable moments. With that said, here are the 10 best improv moments in the MCU. 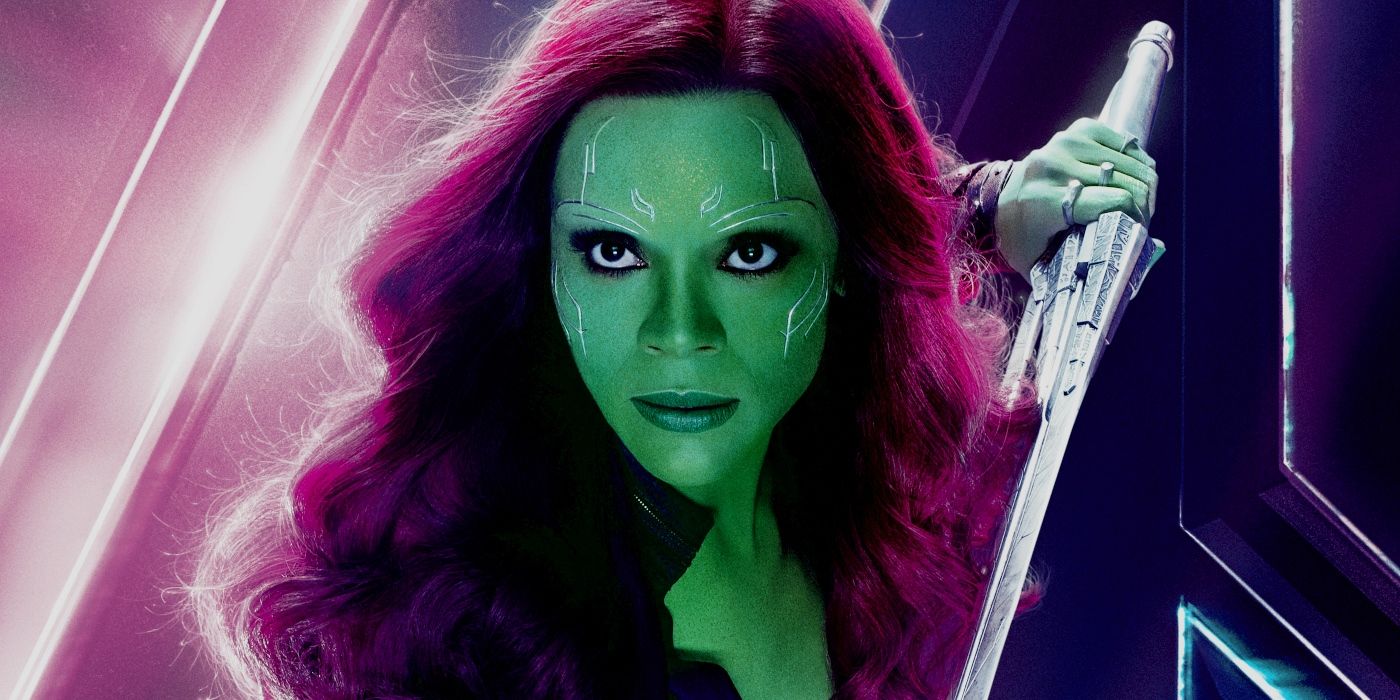 Infinity War managed to do something very unexpected. It succeeded in a making a hilarious movie, filled with memorable jokes and quips, while also being the most serious, emotional and saddest movie to date (that is, before Endgame drowns movie theatres in tears). One of the funniest lines was also one of the most ridiculous.

Drax had already become a fan-favorite by then, but his response to Star-Lord's "Where is Gamora?" and Tony Stark's "Who is Gamora?" was priceless. "I'll do you one better, why is Gamora?". Dave Bautista later revealed that the line was improvised by him on the spot, and the Russo bros loved it so much they (thankfully) kept it in the movie. 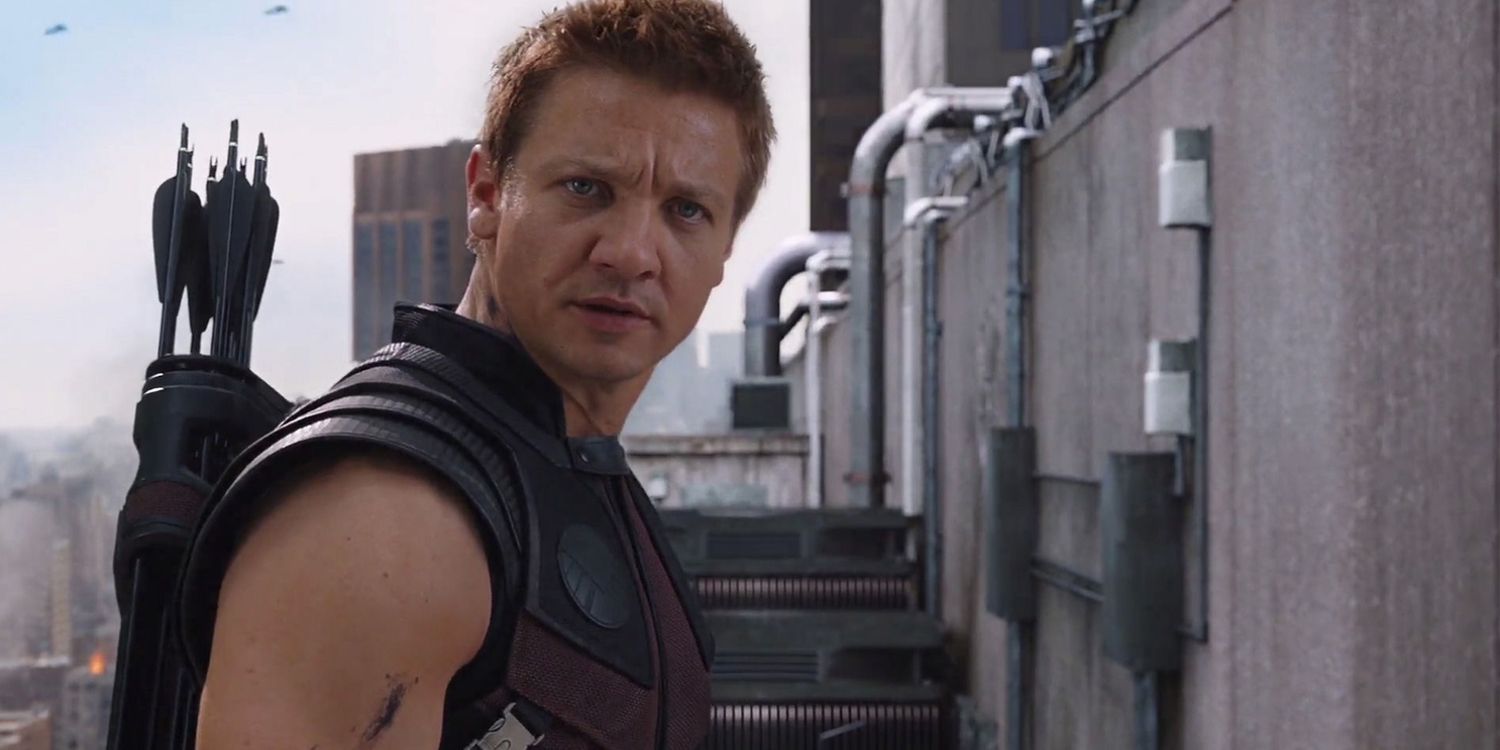 Clint Barton has traveled a long way from the early incredulous reactions to him as an Avenger to last year's "WHERE IS HAWKEYE?!". Regardless of people's opinion of the character, Jeremy Renner's performance has been universally praised. Arguably his greatest scene happened towards the end of Age of Ultron. Hawkeye and Quicksilver got off to a rocky start and over the course of the movie, they took every opportunity to taunt each other.

During the Battle of Sokovia, while Barton and Wanda are fighting together, the speedster arrives, mocks Hawkeye, then picks up his sister and leaves. In response, Renner ad-libbed his funniest line yet. He aims his bow and starts talking to himself: "Nobody would know. Nobody. Last time I saw him Ultron was sitting on him. Yeah, he'll be missed. That quick little bastard, I miss him already." 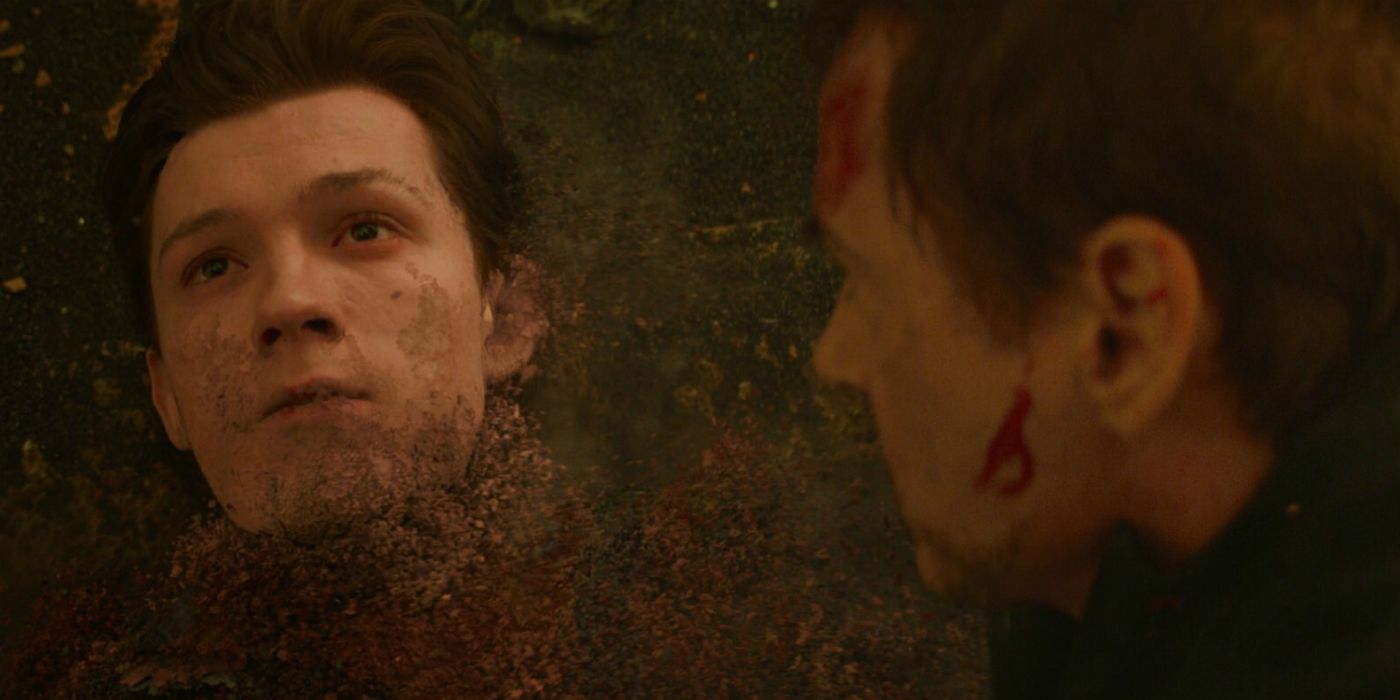 First, let me apologize to the readers for having to go through Peter Parker's devastating death one more time. As already mentioned, Infinity War is incredibly funny, yet extremely sad. If "Why is Gamora" represents the movie's lighter tone, "I don't wanna go" is on the other side of the spectrum. No matter how alive he will be in his upcoming sequel, this scene struck a chord with audiences everywhere.

RELATED: Spider-Man Theory: Far From Home’s Mysterio Is From The Multiverse

What makes it so incredible is the fact that Tom Holland improvised the entire thing. The Russos were looking for a really emotional scene and gave the actor one single direction: "Listen, you're a kid and you don't want to go." Holland took that advice literally and thus tears were shed. 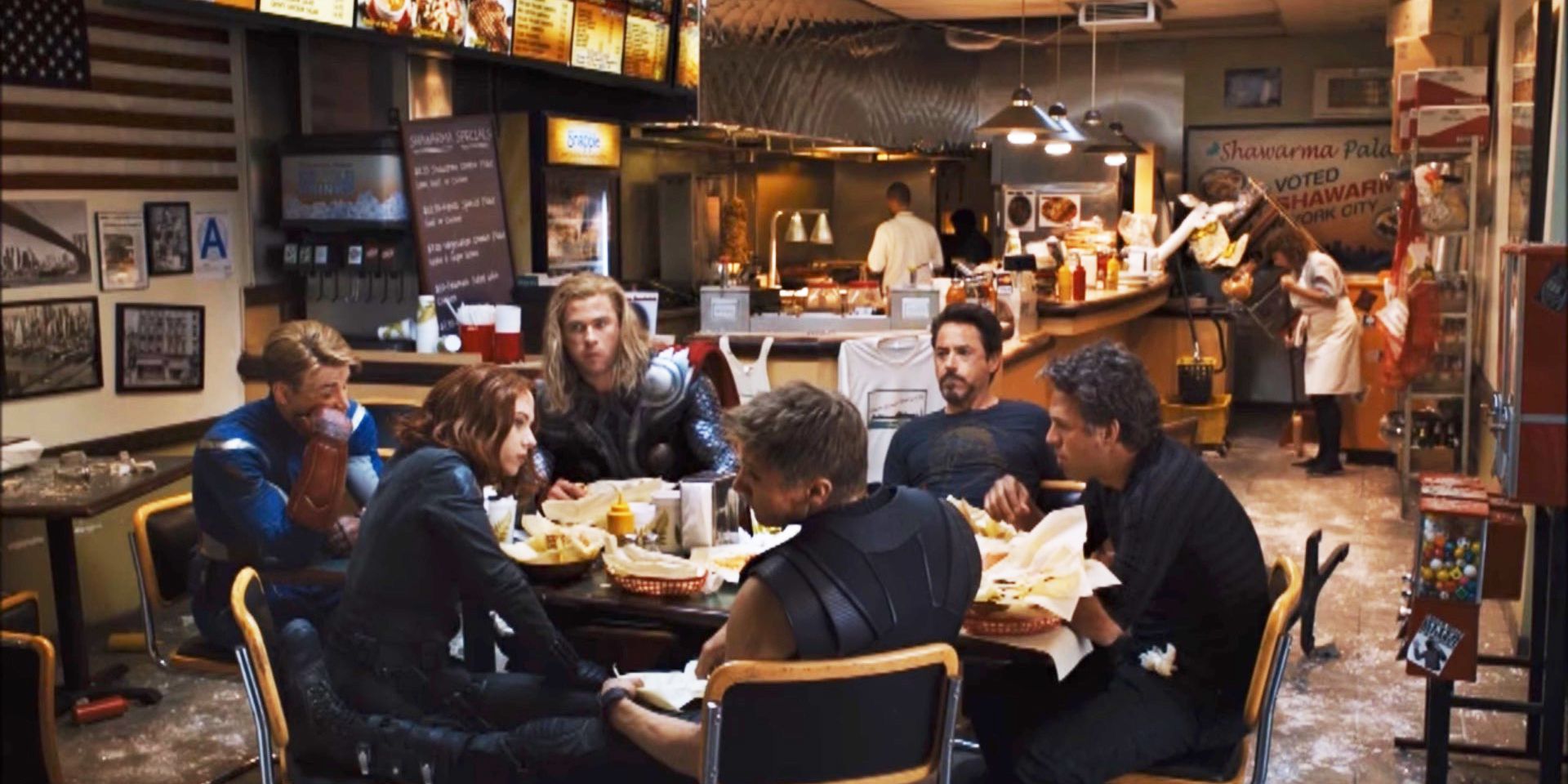 Post-credits scenes are the MCU's oldest tradition. It's not a Marvel movie if there's nothing after the credits. The Avengers was the first movie to have two such scenes, including the most absurd one to date. The Avengers silently eating shawarma in a semi-destroyed restaurant. The story of its creation is even more absurd. Towards the movie's end, after Tony Stark is brought back to consciousness, Robert Downey Jr decided to ad-lib a few lines.

The one that remained was him talking about how they should all go eat shawarma after they take care of Loki. The director, Joss Whedon, realized he could improve on that scene by actually showing the team eating. Unfortunately, production had already wrapped so on the day of the premiere, he quickly got all of them together again and shot that final scene.

6 Most of Thor: Ragnarok 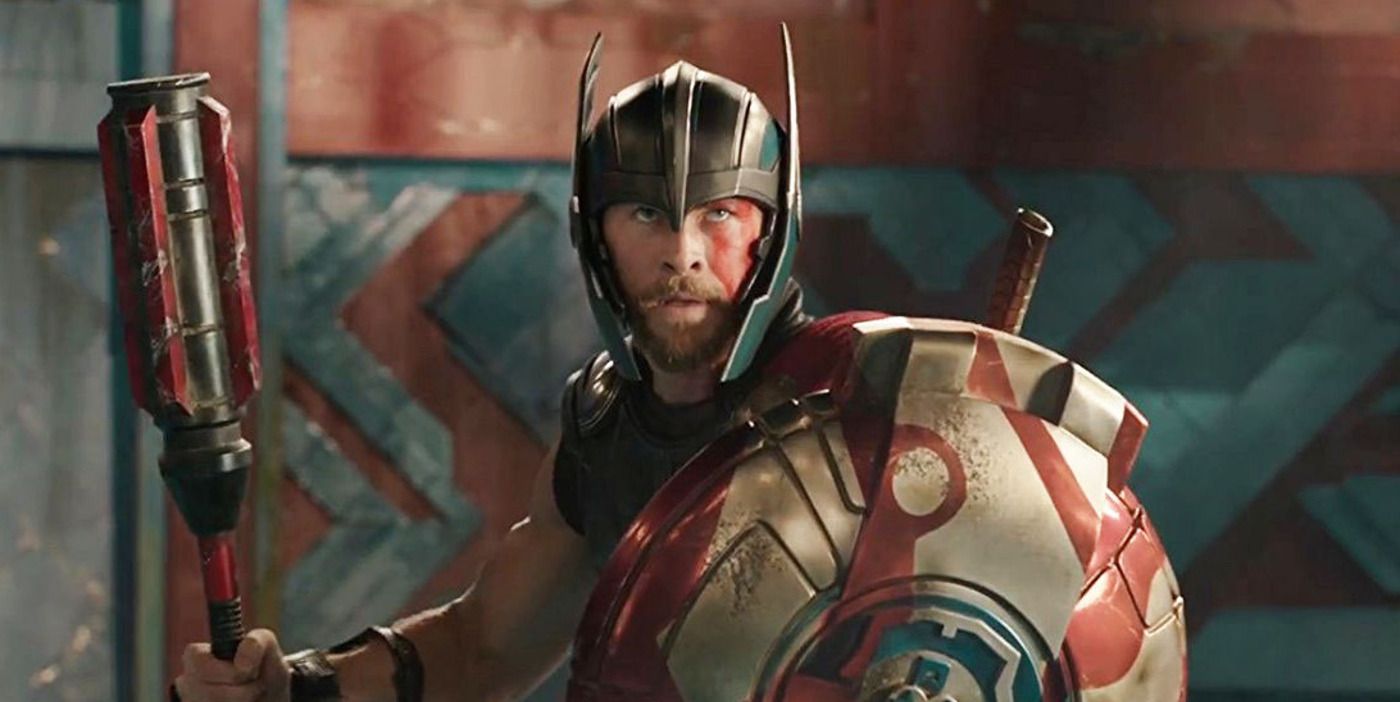 The third entry in the Thor franchise is possibly Marvel's funniest and most ridiculous movie in the MCU. The main reason for that lies in Taika Waititi's eccentric nature. The Kiwi director stated in an interview that about 80% of the movie was completely improvised. That is why there is so much hilariously absurd dialogue.

RELATED: How The Thor Movies Secretly Introduced The Multiverse To The MCU

A few notable examples are the "Get Help" scene, Loki's snake disguise story, and basically everything that came out of Jeff Goldblum's mouth. Even the famous "friend from work" line wasn't in the script. It was an idea given to the cast by a kid from the Make-A-Wish foundation who told them: "You know, you should say, ‘He’s a friend from work!'" 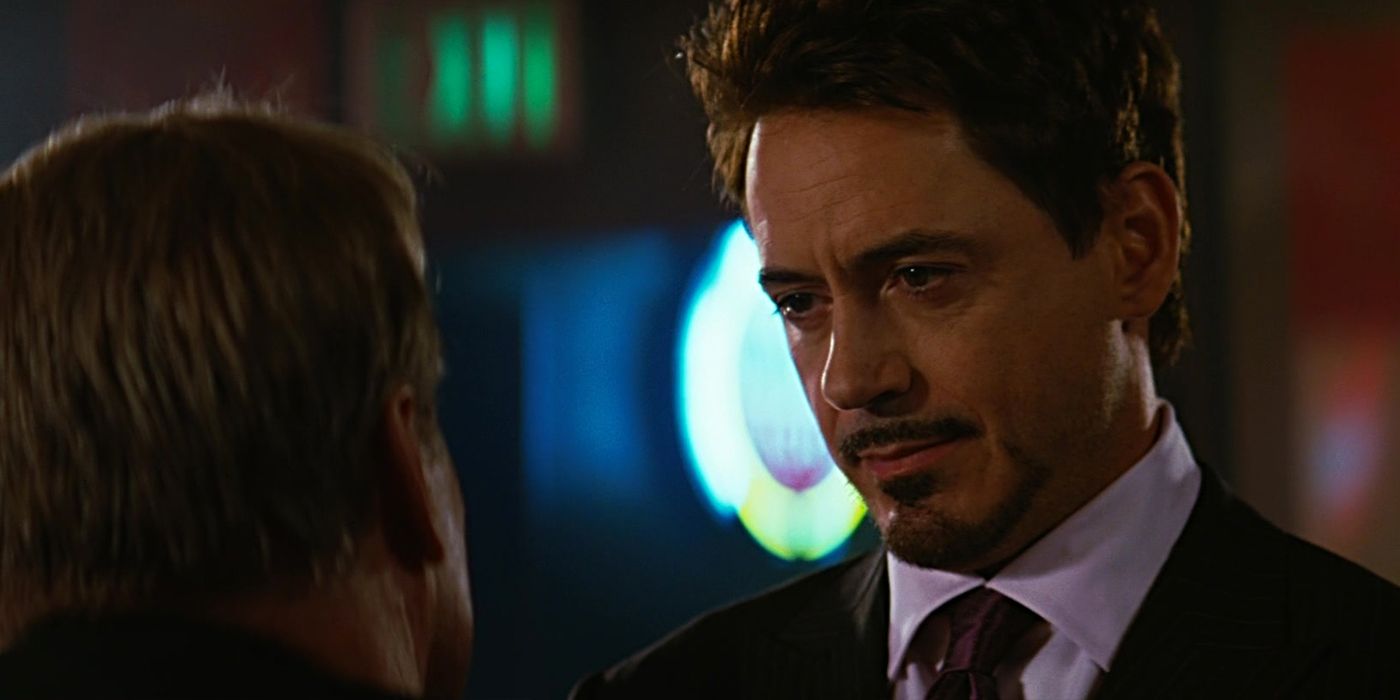 This is yet another example of the uncanny resemblance between Robert Downey Jr and Tony Stark. For some reason, RDJ has a reputation for hiding snacks around the set for when he gets hungry. In The Avengers, those snacks made it into the film. In one scene, Stark, Banner, and Rogers are talking amongst themselves in a laboratory. Before filming that scene, the crew knew food was hidden around the set but they failed to find any, so they decided to give up and let Iron Man eat.

Usually, he would only snack between takes, but Downey being Downey had no reservations about satisfying his hunger on screen. The movie now includes a scene where Tony Stark walks around eating blueberries, before offering some to both Bruce Banner and Steve Rogers. 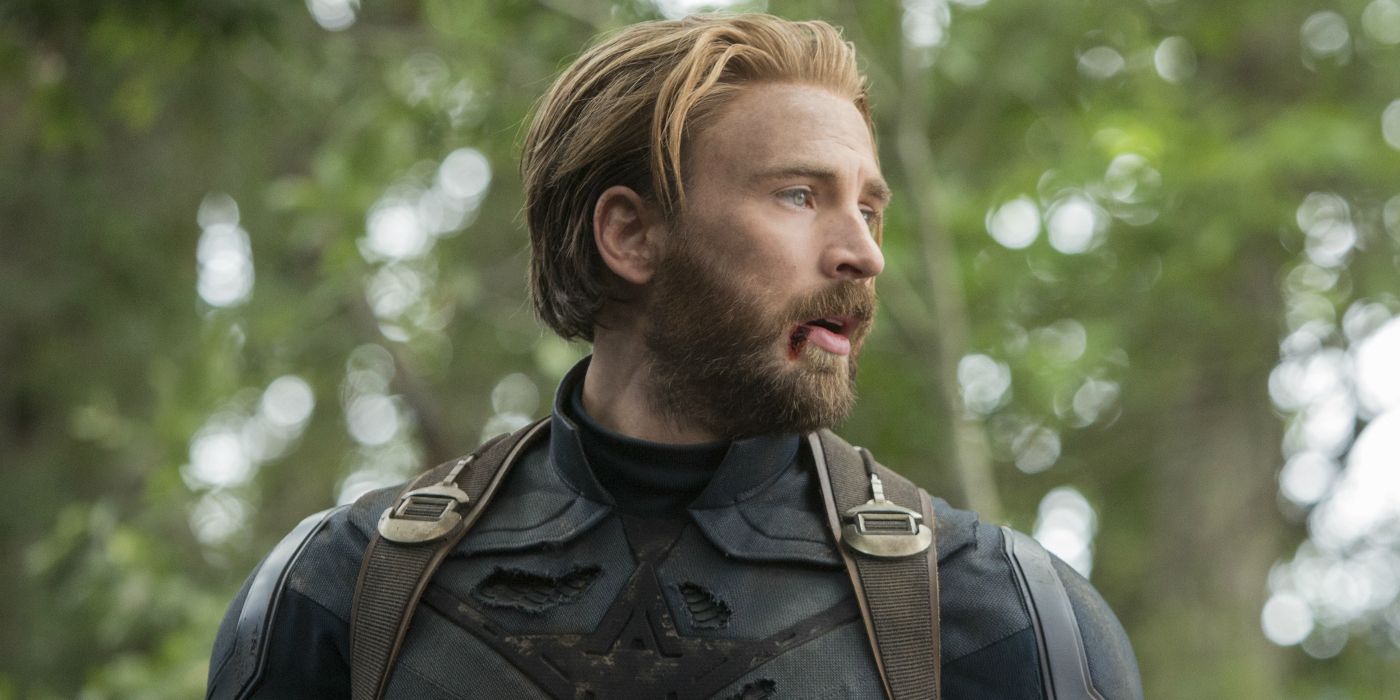 At first, it might seem strange that a movie as big and as serious as Infinity War has moments of improv. But as it turns out, there were a few moments like these scattered along the film, including this next one. During the Battle of Wakanda, Thor arrives in the nick of time to help the heroes fend off Thanos' army. Shortly after, he reunites with Steve Rogers in their only scene together in the movie. This scene consists of a quick dialogue between both characters that was completely improvised.

RELATED: 10 Facts About Steve Rogers Before He Became Captain America

The actors both decided that after a few years apart, it would be typical for men to talk about each other's facial and non-facial hair. Captain America asks Thor if he got a new haircut, and the God of Thunder responds with: "I see you've copied my beard". 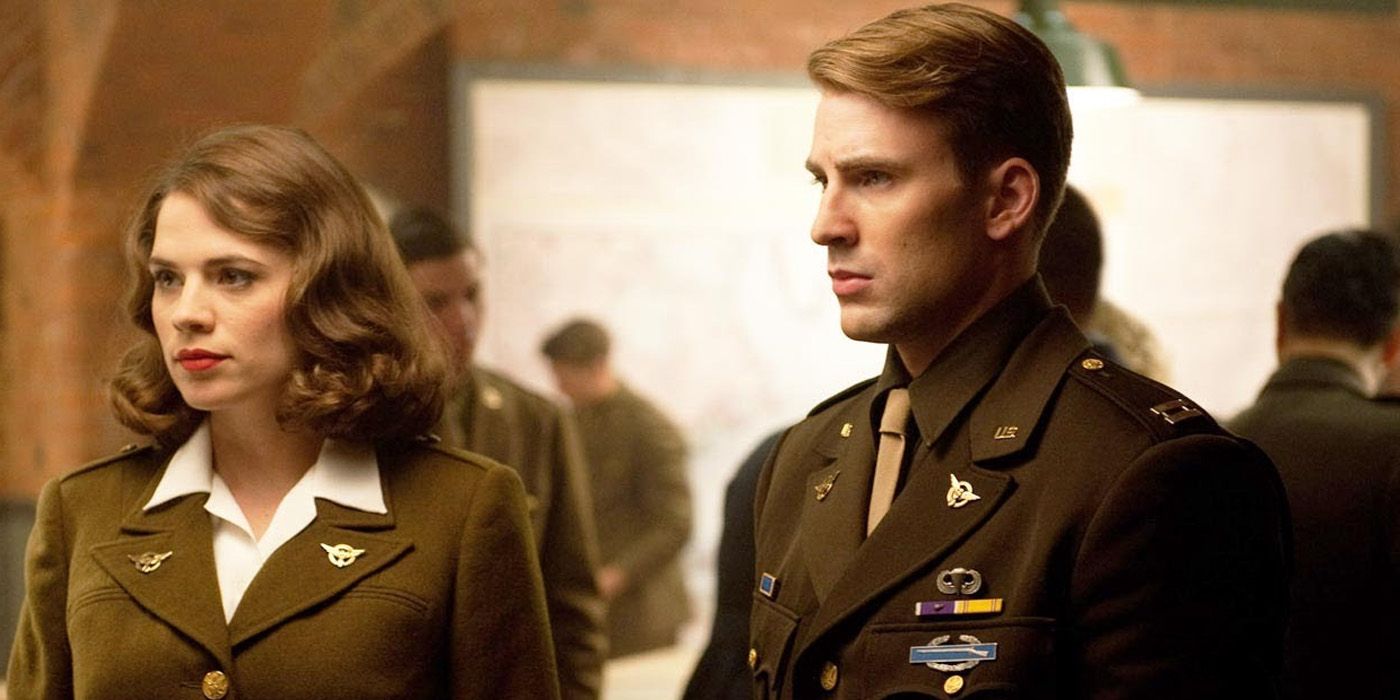 After so many years of seeing Cap in action, it's hard to remember that we first saw Steve Rogers in the MCU's strangest use of CGI. There was a time where he was weak, small, and skinny, which Marvel showed by CGI-ing Chris Evans' head to another man's body. When Captain America finally transforms into the hero we all know, he shows his muscular figure for the first time.

It turns out that Hayley Atwell, who played Peggy Carter, had also never seen Evans' Herculean figure and as she stepped up to him, she instinctively touched his chest, before quickly yanking back her hand. The scene was kept in the movie. 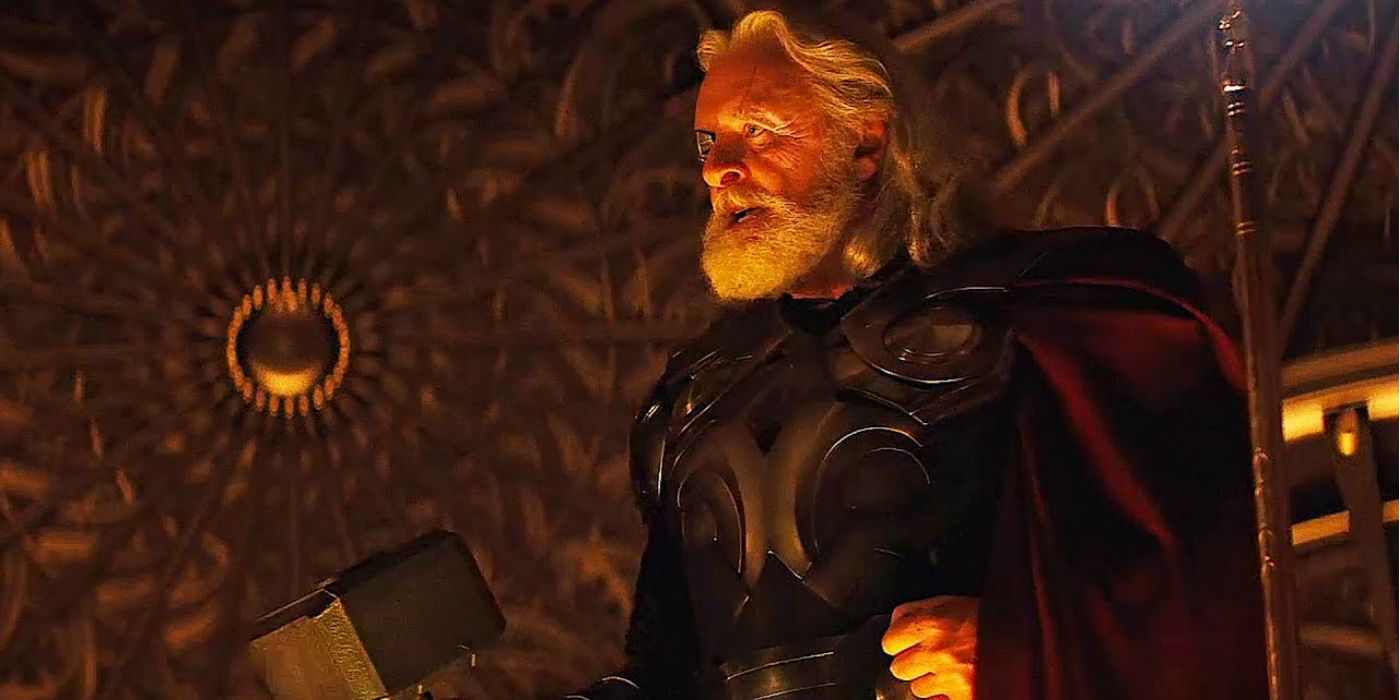 This one goes all the way back to Thor's first movie. Unlike in Ragnarok, there was little to no improvisation in Thor. Everything was laid out in the script. Everything except for an unexpected addition, courtesy of the legendary Anthony Hopkins. When Odin starts berating Thor, before banishing him to Earth, Loki tries to jump in.

As he stepped forward to say something, Odin let out a sudden growl that surprised the God of Mischief and silenced him. As a matter of fact, the snarl was an instinctive, spur of the moment move by Hopkins that wasn't in the script, and Tom Hiddleston's startled reaction was entirely genuine. 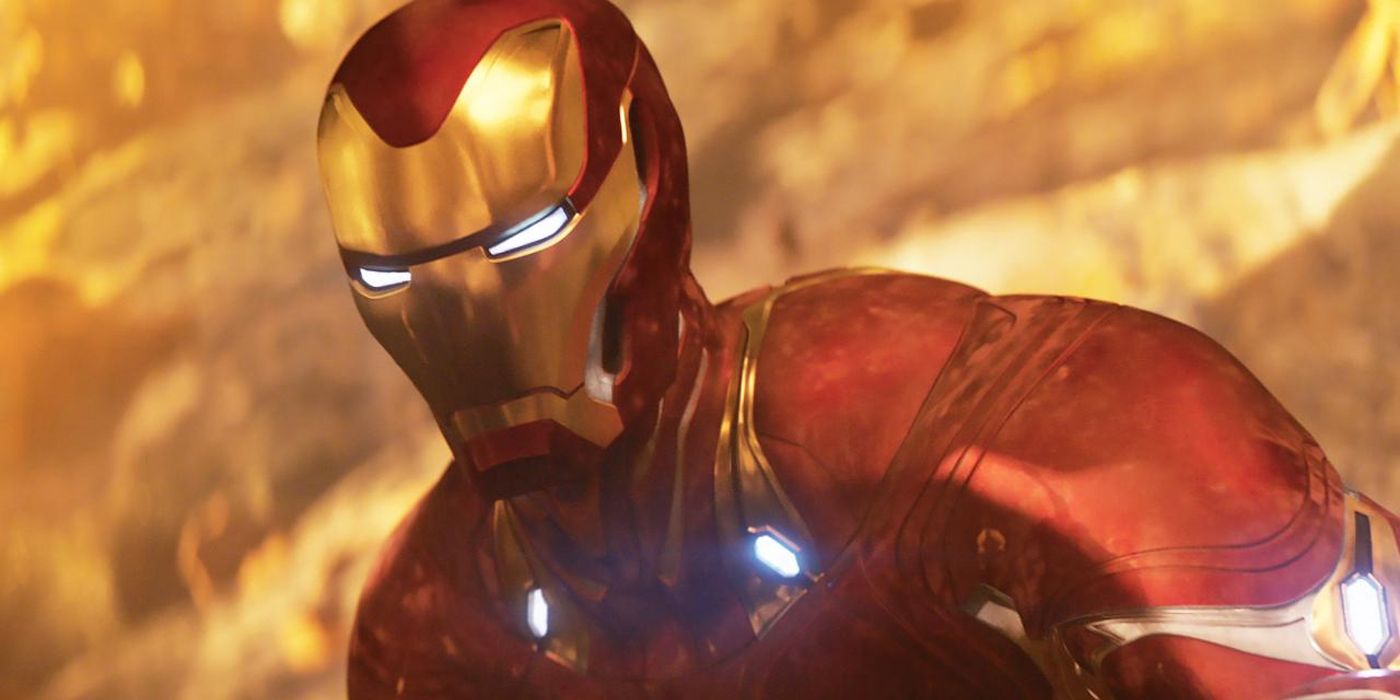 If Robert Downey Jr wasn't awesome enough already, it turns out he himself came up with maybe the most memorable twist in the MCU. Iron Man originally had a very different ending, with the titular character reading from the cards in the final press conference. For some reason, Downey suddenly experienced some sort of epiphany and went completely off-script, proclaiming the now iconic quote.

Kevin Feige loved it and urged for the line to be present in the final product. This is just another piece of evidence to support the theory that RDJ really is Tony Stark. All that's left to confirm this is for the actor to come up and say "the truth is... I am Iron Man".